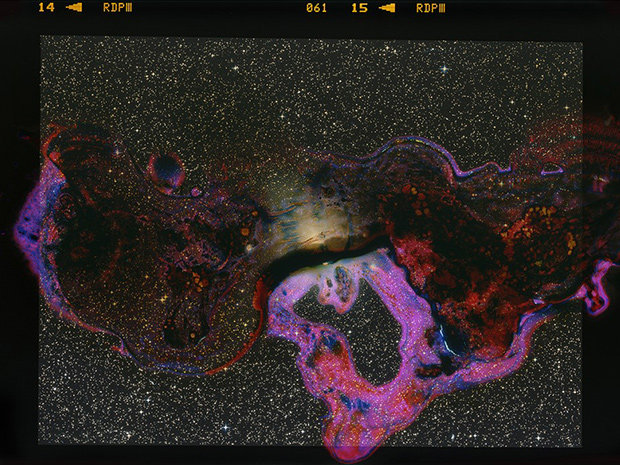 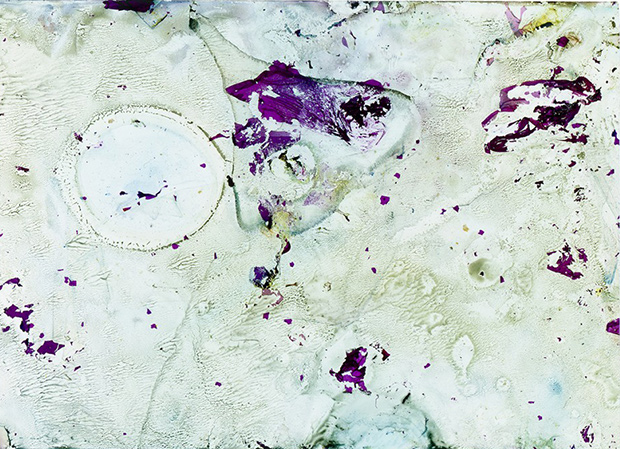 For Cosmos, Florida-based photographer Marcus DeSieno collects various strains of bacteria and breeds them on the surface of positive film slides depicting scenes from outer space. In scanning the film after it has been partially eaten away by the bacterial colonies, he unites the microscopic organisms with the infinite galaxies, condensing all of existence within a single frame.

The process begins, he explains, with the swabbing of a seemingly benign surface, like a phone or a remote control. The original images are found from the archives of institutions like NASA or ESA, and he converts them to film slides in collaboration with a company that reproduces digital files onto film. He then covers the slides in nutrient agar, in which he sets the bacteria-laden swabs. Finally, he scans the film, killing each organism in the process.

In his youth, DeSieno lived in compulsive fear of germs and pathogens, feeling compelled to wash his hands after every encounter with surfaces that he considered to be dirty or unsanitary. In many ways, Cosmos is a direct confrontation of these anxieties, and as the project has continued, he has expanded into increasingly daring collection sites, including hotel jacuzzis, adult video stores, and human orifices. Although many elements of bacteria growth—color, for instance— remain unpredictable, he is able to control to some extent the patterns and rate of reproduction by storing the film in various environments. The trunk of his car and tupperware dishes, for example, are prime breeding grounds for their humidity and darkness.

In many ways, DeSieno plays the part of the mad scientist. The project, he says, is a means of gaining control, an exercise done in part to assuage the dread and feelings of remoteness that come with the knowledge of the vastness of the universe. In allowing the bacteria to consume the film and its layers of emulsion, he removes the photograph from its purpose of depicting reality and reveals its basic material qualities.

By surrendering photography—the medium by which we see, record, and make meaning of the world around us— to the whims of the hungry microorganisms, Cosmos ultimately refutes mankind’s dominion over the universe as much as it strives to affirm it. Perhaps in some ways, the bacteria also become an allegory for the fragility of human life. We, like the microbes, flicker in and out of existence, and if we’re lucky, we leave something beautiful behind. 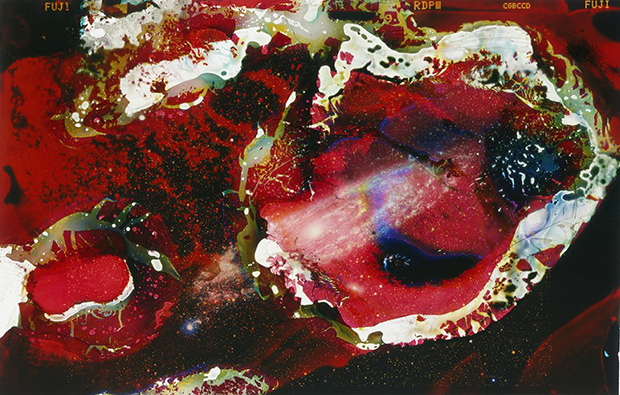 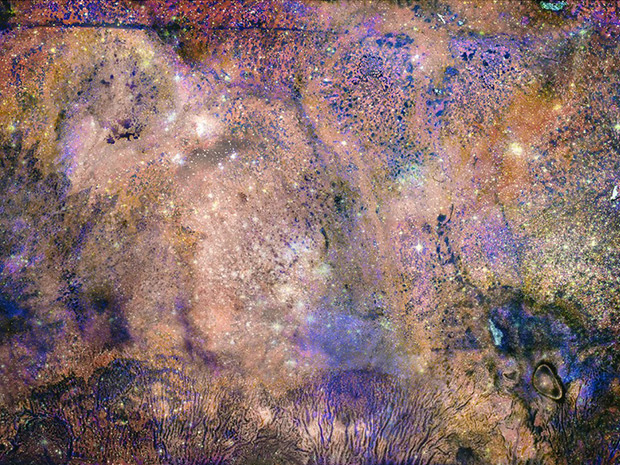 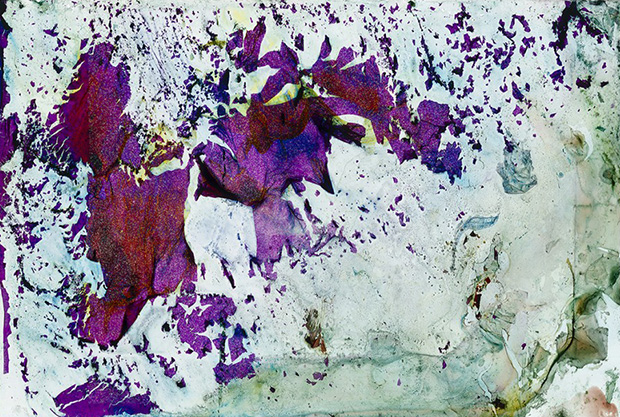 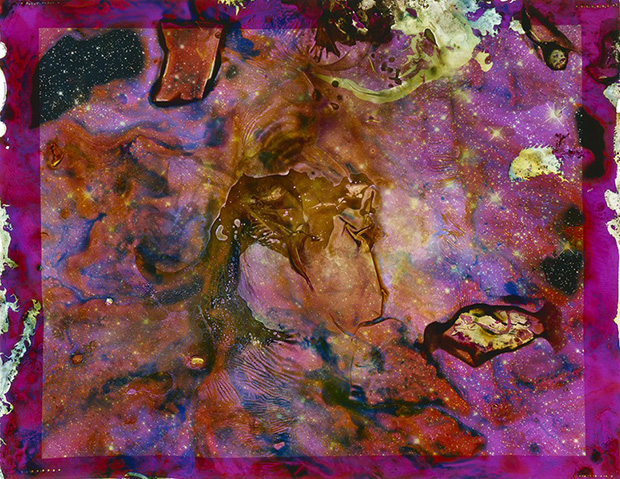 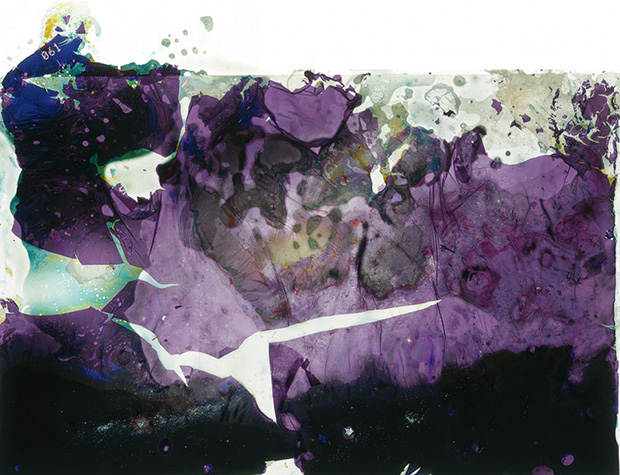 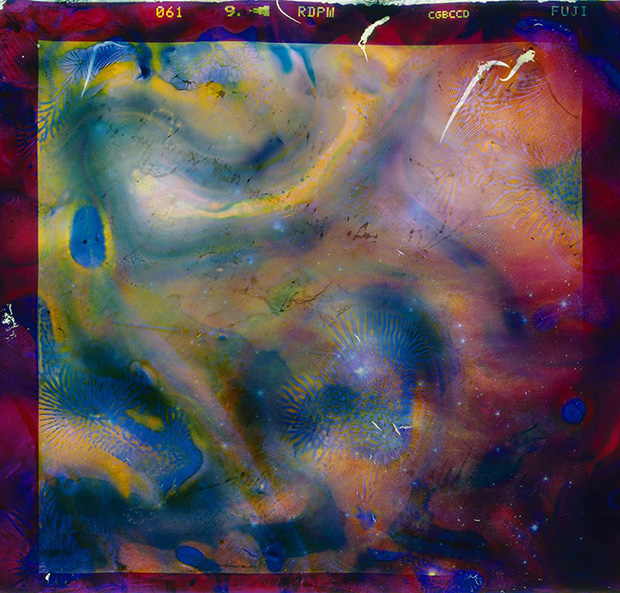 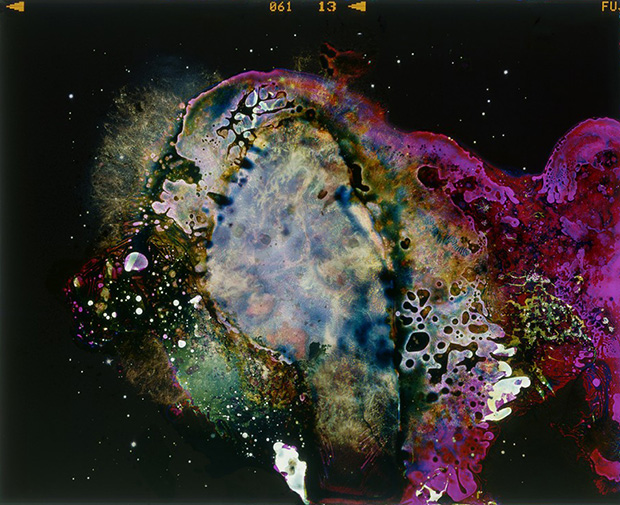 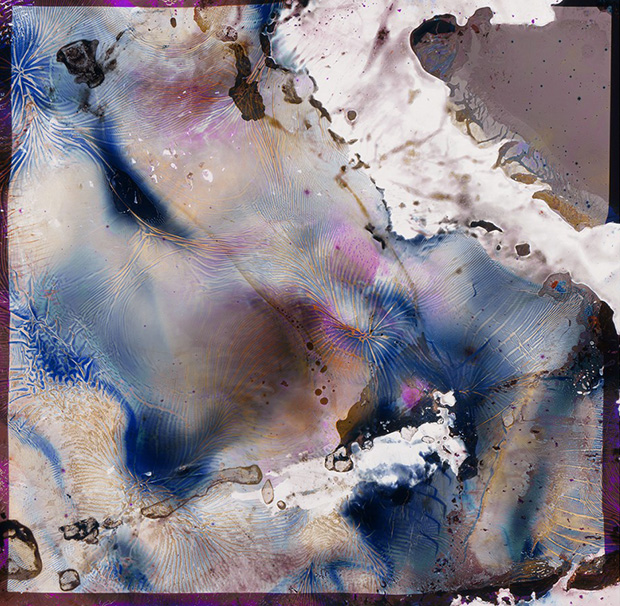 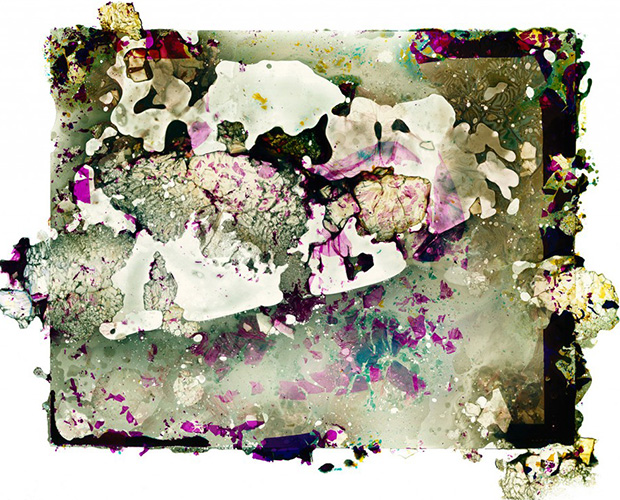