Photographer Chronicles the Lives of Punks Squatting in Leeds 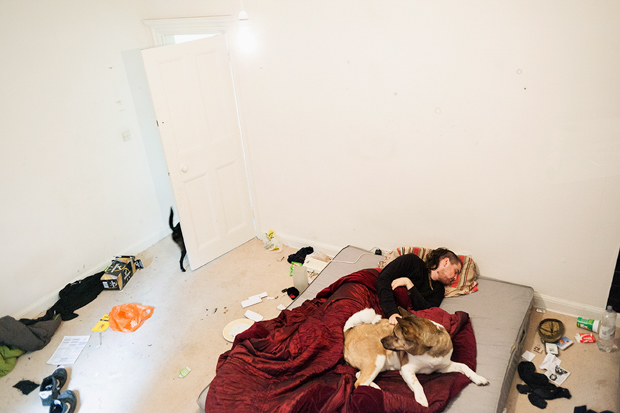 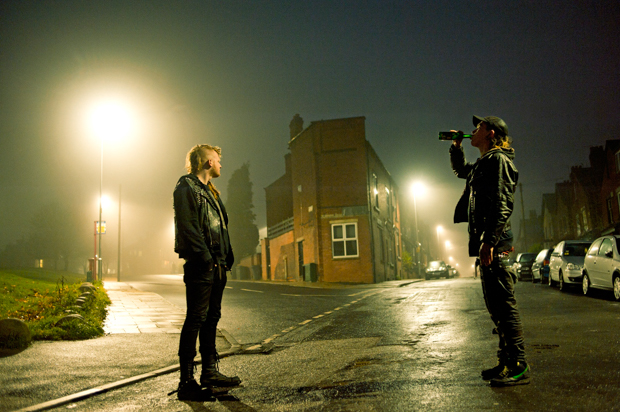 C & R drinking in the street on a misty winter night in November. 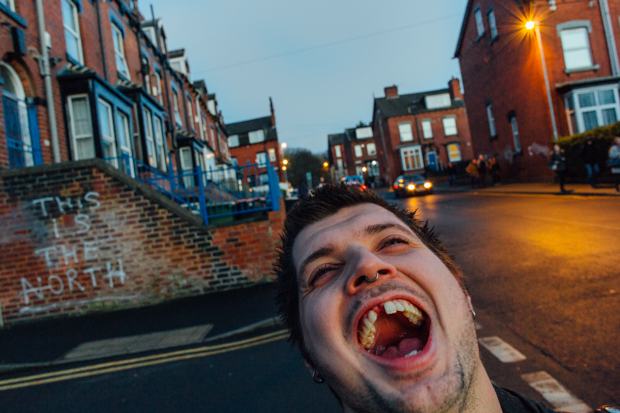 C laughing in the street around the corner from where he’s squatting.

For Edge of Living, United Kingdom-based photographer Ricky Adam chronicles the ins and outs of daily life for a tight-knit group of young punks squatting in abandoned buildings in Leeds and the surrounding areas.

Hailing from the town of Bangor in Northern Ireland, Adam himself was immersed in punk culture before relocating to Leeds, where he forged friendships within the city’s deeply rooted punk community. With the economic recession, a few of his peers began making homes for themselves in abandoned and neglected buildings, often sharing two or three bedrooms between eight to ten people and a few dogs. Food, says Adam, is usually collected after being discarded from supermarkets. While squatting is often born of financial necessity and a tough job market, Adam notes that these habitations also provide a means of living outside of the system, of pursuing an alternative lifestyle and eschewing convention.

While acknowledging the freedoms, highs, and communal bonds that come with the punk philosophy, Edge of Living also traces the anxieties and hardships that come with living on the periphery of mainstream society. Although there are countless uninhabited buildings in Leeds, Adam explains that new legislation has raised the stakes on an already uncertain situation. In 2012, squatting was made illegal, meaning that police officers can arrest unofficial tenants on site, where before only the courts could evict residents after a process of a few months. Squatters, who once faced civil charges, now face criminal indictments.

Despite the challenges that punctuate everyday life in the squats, Adam sees these moments as precious and significant. Like rays of sunlight, an ineffable sense of hopefulness and possibility bleeds through days spent playing Xbox, drinking, smoking, and playing with the band. These individuals—and their dogs—care for and look out for one another. They argue and they make up. Ultimately, Edge of Living is in part a coming of age story, tracing the elusive threads that bind us as we come into our own. As for the images, Adam hopes that he and his friends can revisit them years later and remember what life had been. “They’re good folk,” says the artist. 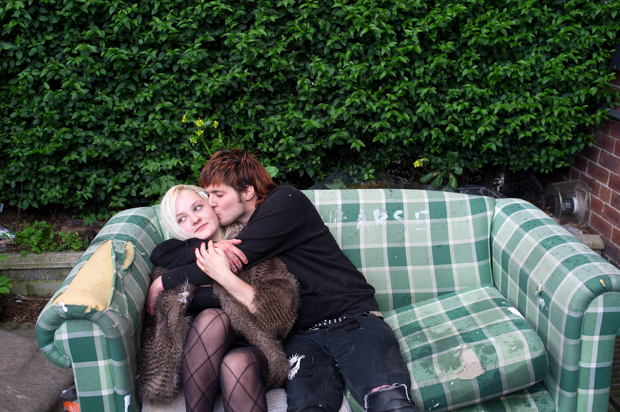 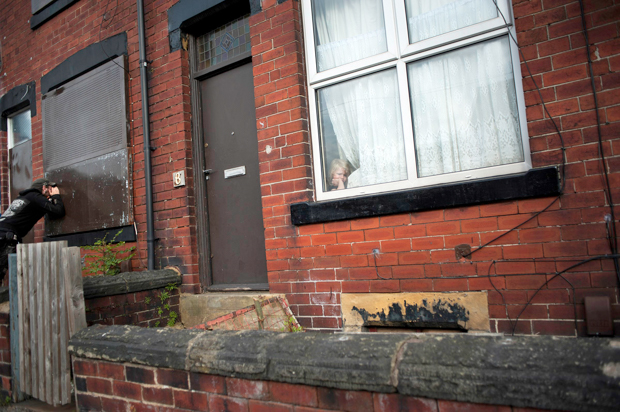 J peers in through the grill of his old squat after getting evicted the week before. 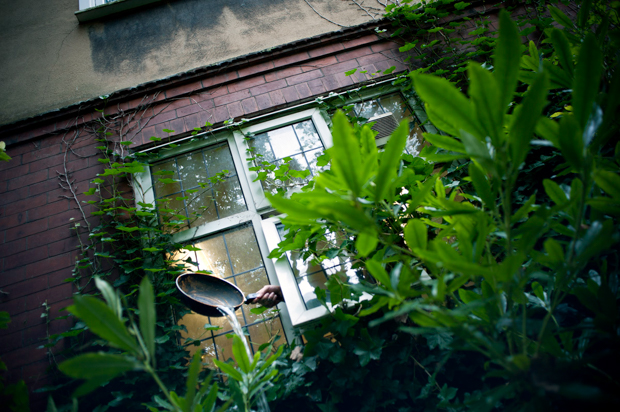 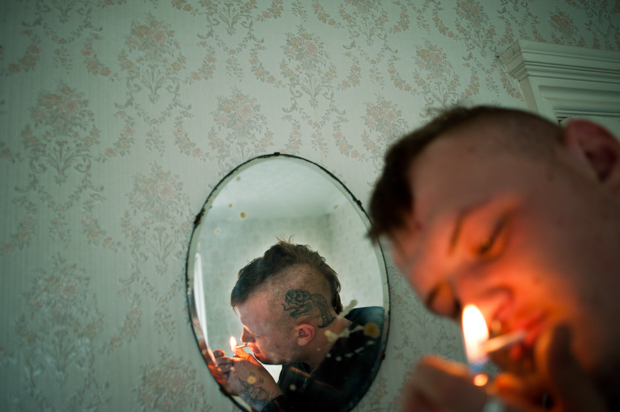 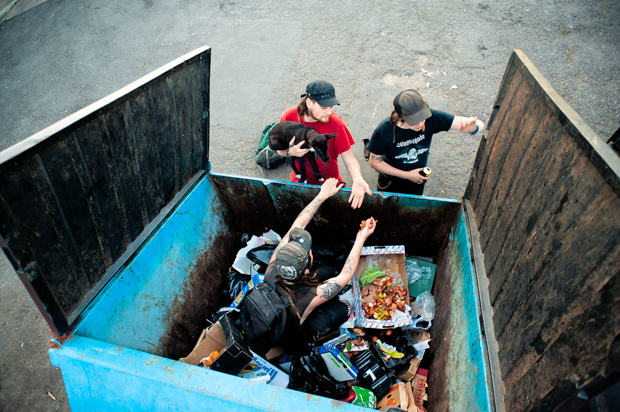 Skipping food for dinner in a supermarket skip. 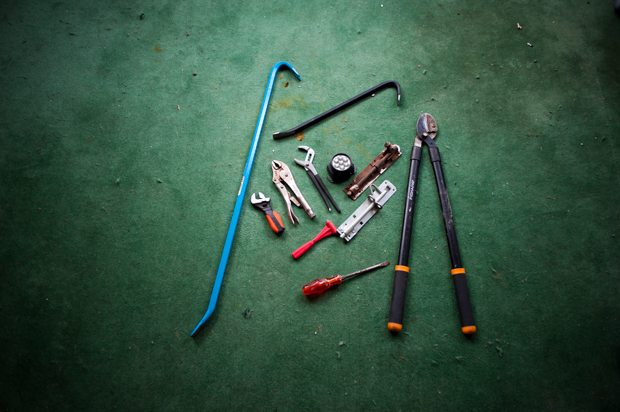 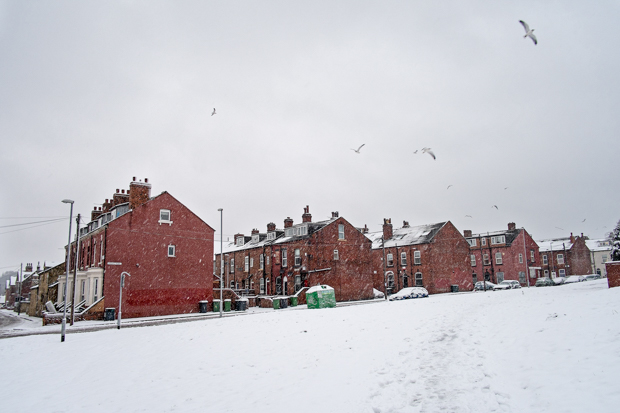 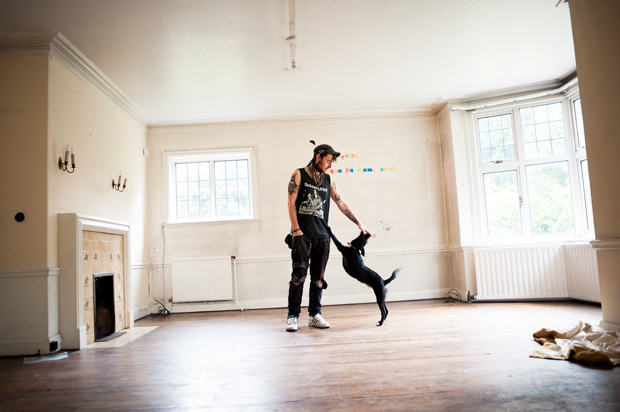 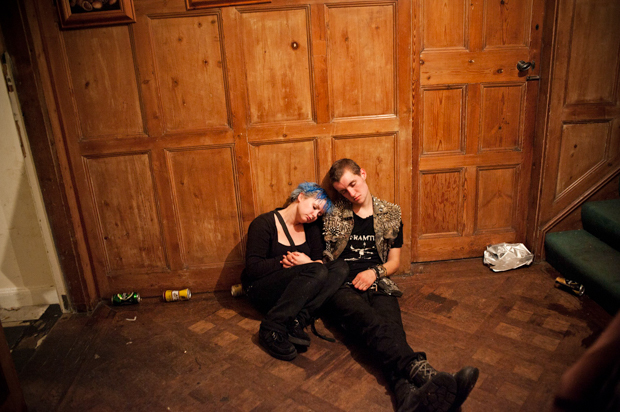 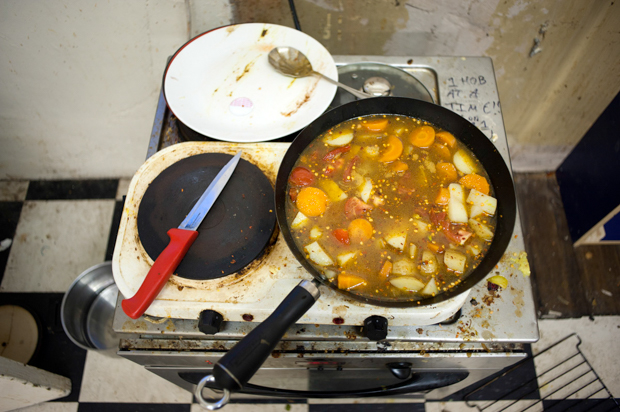 Curry made from skipped food. 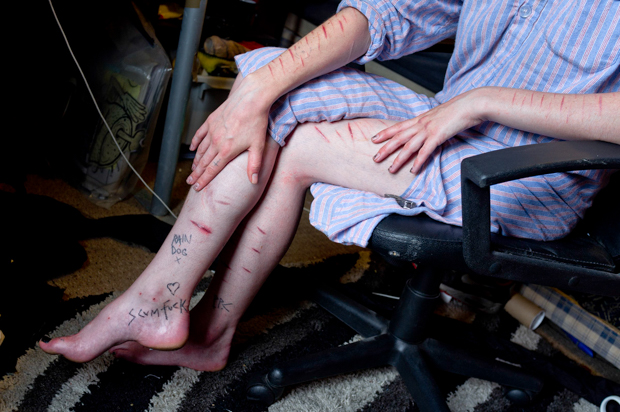 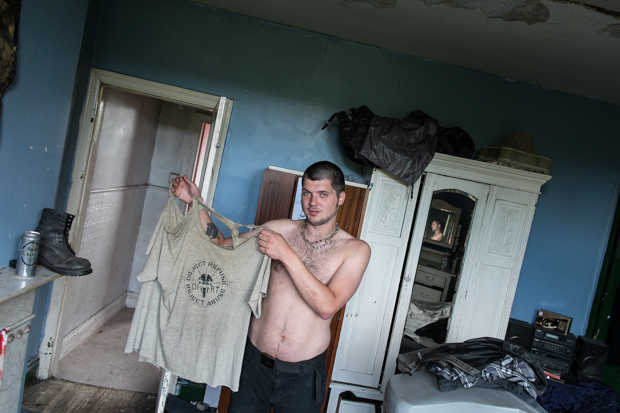 C in his room. 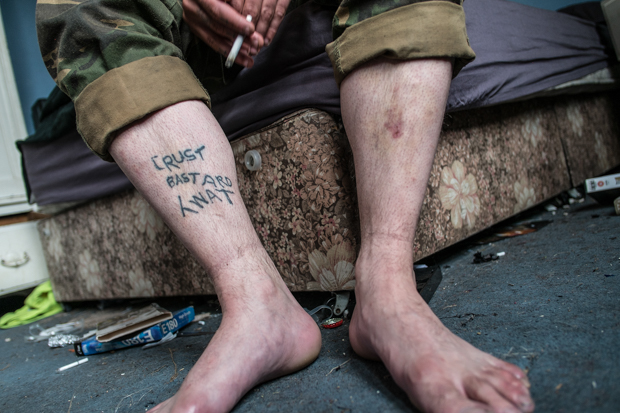 Pass out drunk and you run the risk waking up with a tattoo. 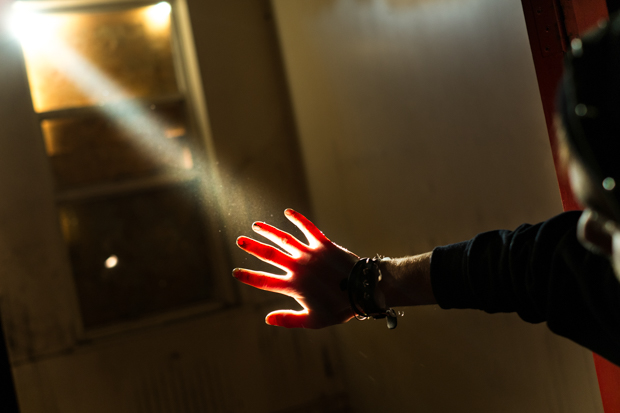