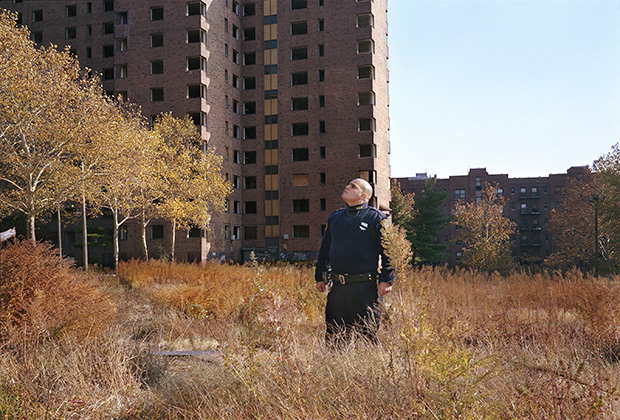 Lookout: Reported that a bunch of teenagers were squatting and dealing drugs at the abandoned housing projects. No kids were found. The buildings were bulldozed over shortly thereafter. Prince Street Projects. Spruce Street and Muhammad Ali Blvd. © Matt Gunther 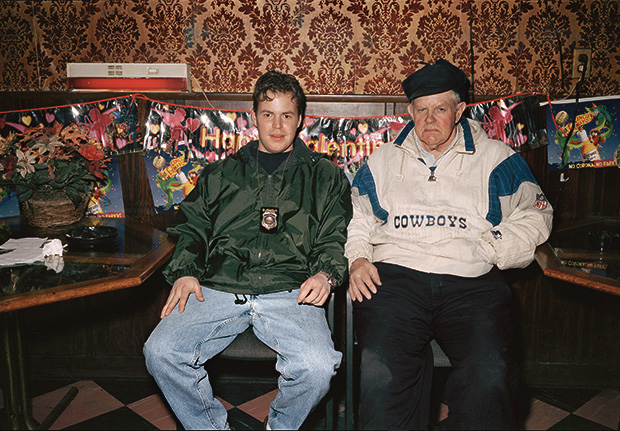 Undercover officers in the Vice Squad division staking out a bar. The division enforces laws dealing with prostitution, gambling, and other vices. To get a lift for the night’s adventures, some members of the squad will consume alcohol beforehand. East Ward.

Our cultural fascination with crime and detection of crime is nonstop if the flood of ongoing police dramas is any indication. Photographer and native New Yorker Matt Gunther was similarly attracted to this subject enough to embed with the Newark Police Department in New Jersey for Probable Cause, just published by Schilt.Gunther’s parents were actively involved in community affairs in New York City, which enabled Gunther to contact a retired captain from the Newark police force. It took a full year to get access, but once he did he was free to shoot, go on drive-alongs and spend time in precincts. He photographed when he could from 2003-2012. In his project statement, Gunther writes: “The relentless threat of a Probable Cause saturates the tension between the inhabitants and the deteriorating infrastructure of Newark, New Jersey. The look and feel of lawlessness lures me to the city of Newark, New Jersey. From the profuse wetlands to the crumbling public housing, Newark’s plight to thrive magnifies my internal unease. This voyeuristic yet cathartic force draws me back over and over again. The city scares me like my own raging monster.” And indeed, the film noir vision of creeping unease populates Gunther’s beautifully quiet work on the day-to-day police work in crime-ridden Newark.

All photographs © Matt Gunther. From “Probable Cause,” published by Schilt. 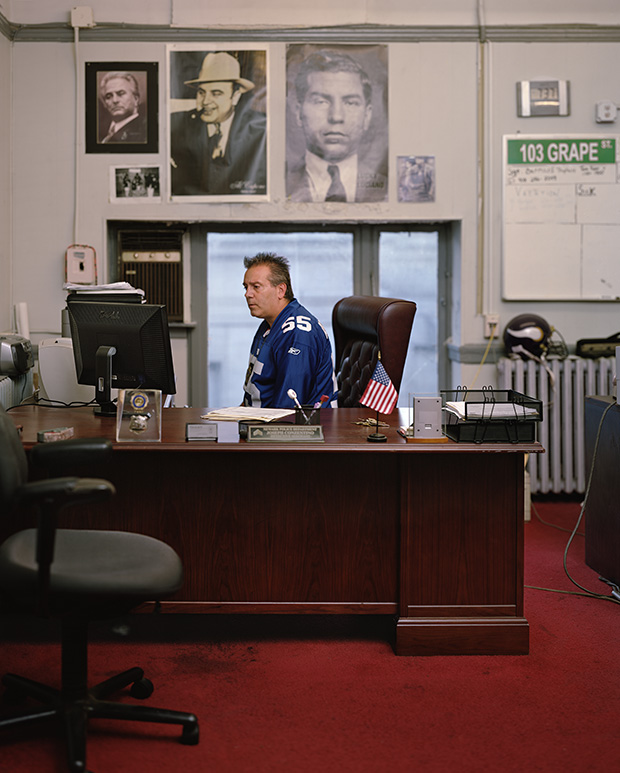 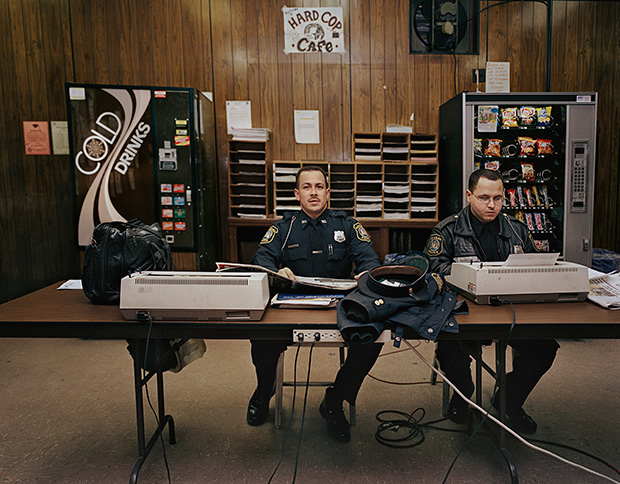 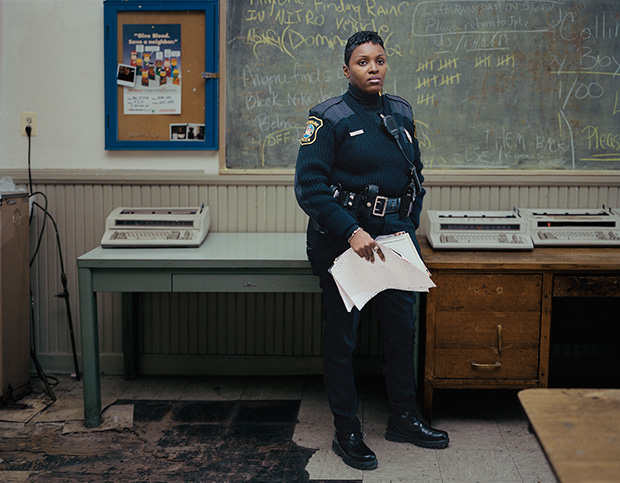 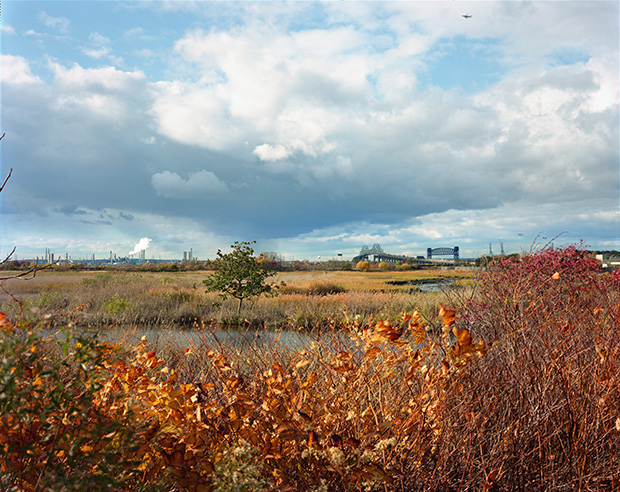 Port of New Jersey is made up of a system of waterways. A body was found floating in these estuaries 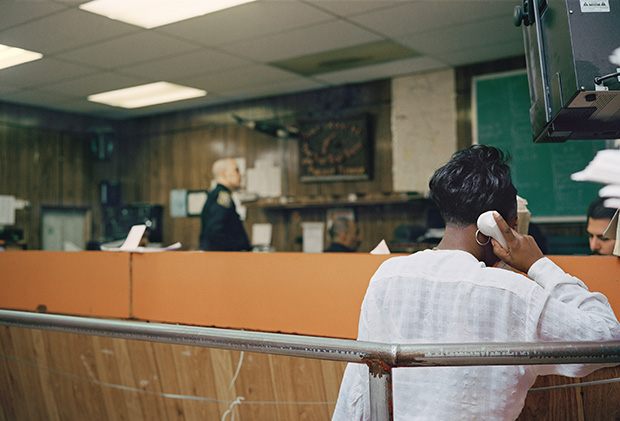 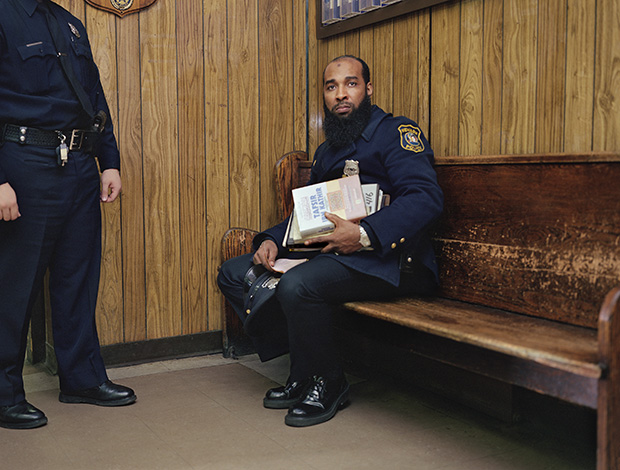 One of few Muslim officers on the force, and well respected and liked by the people of Newark. 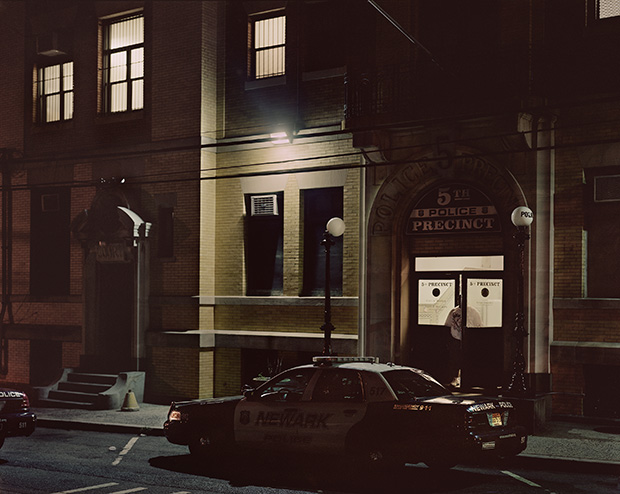 Det. Todd McClendon. The hulking fortress of the 5th Precinct was erected in the 1900s. In 1967, the Newark Riots that occurred at this site took the lives of 26 people. Bigelow and Hunterdon Streets © Matt Gunther 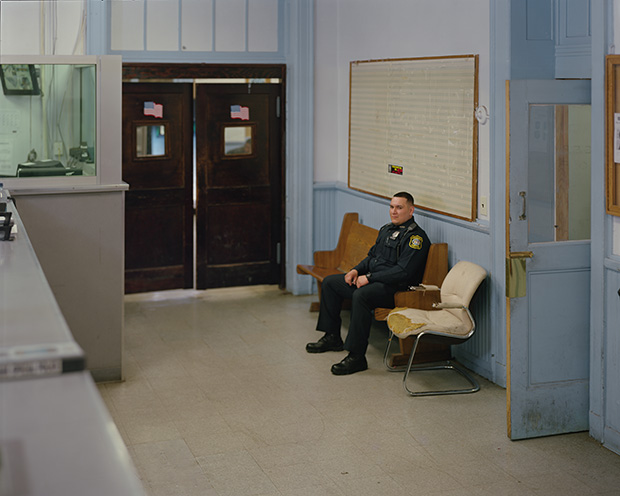 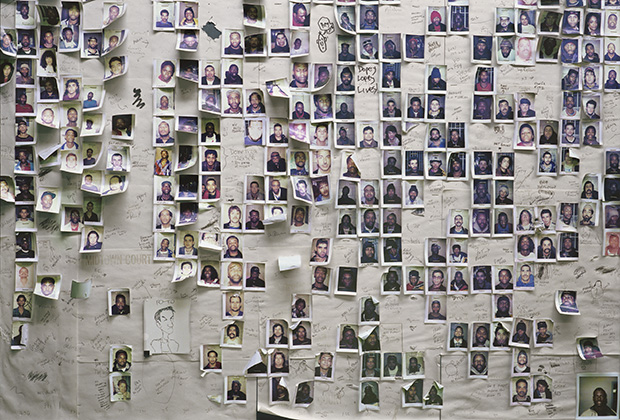