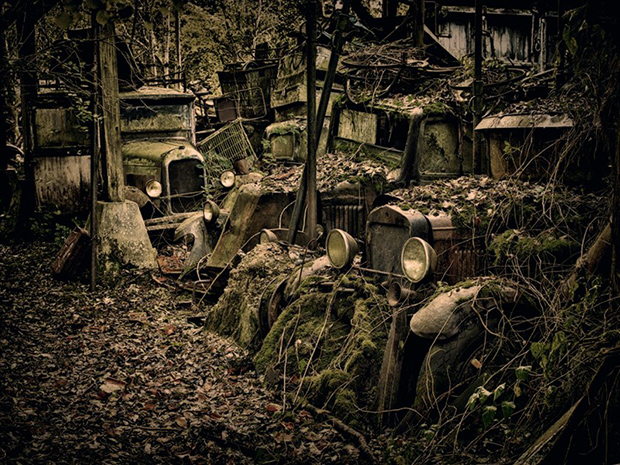 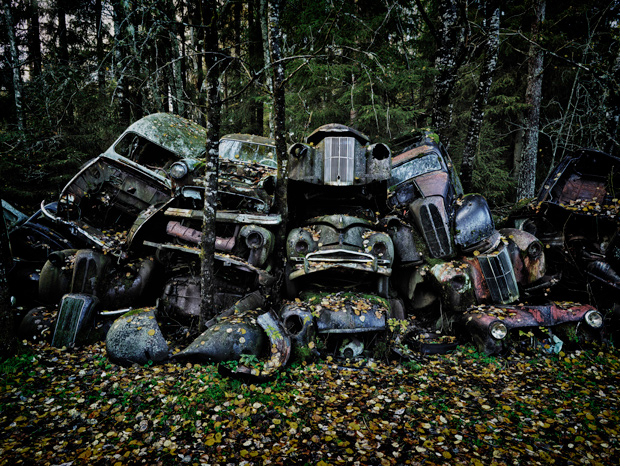 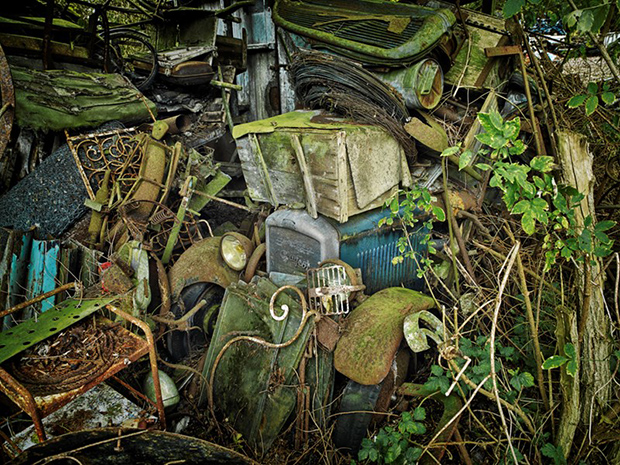 For Forest Punk, Cologne-based photographer Dieter Klein tracks rust-speckled vintage automobiles into the depths of neglected junkyards and verdant woods, where they have sat, untouched, for decades.

The project began when the photographer stumbled across a seventy-year-old Citroen set within gnarled branches and a cluster black elder flowers. Since that day in the west of France, visions of long-forgotten vehicles have lingered, compelling the photographer to hunt throughout the world for their skeletal remains. Klein has sought these relics of 20th century mobility everywhere from Belgium to the United States, and he has no intention of stopping.

Klein’s fascination, he explains, comes not from any attachment to the cars themselves but a thirst for the mysterious ways in which nature envelopes and repurposes each specimen. Like dinosaur bones, they tell the tales of incidents and peoples unknown. With each passing year and the resultant decay, the narrative of each car becomes more elusive and enigmatical, slipping slowing into the realm of fairytale and mythology.

While in many cases he cannot retrace the history of the vessels, some sites are more discernible and conspicuous than others. In Sweden, for instance, Klein visited a car yard where vehicles had been disassembled during the 1950s. Because the site stood a mere two miles from Norwegian border, the car parts were then taken piece-by-piece over into the neighboring country, where the importation of whole cars was forbidden. In the dark blanket of night, says the photographer, the automobiles were reassembled, and they have been left nearly untouched and unseen for approximately thirty-five years.

Part of what motivates the photographer on his search is the way in which these artifacts exemplify the inevitable forces of nature. Despite the ways in which we continue to beat the earth into submission, she is seen here as a phoenix rising, her delicate branches overpowering the brute, metallic force of man.

Klein is now working on Forest Punk II, having finished and published Forest Punk I. Support the project here. 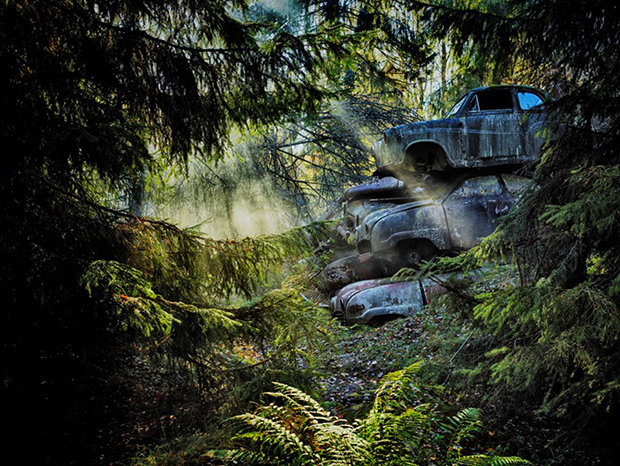 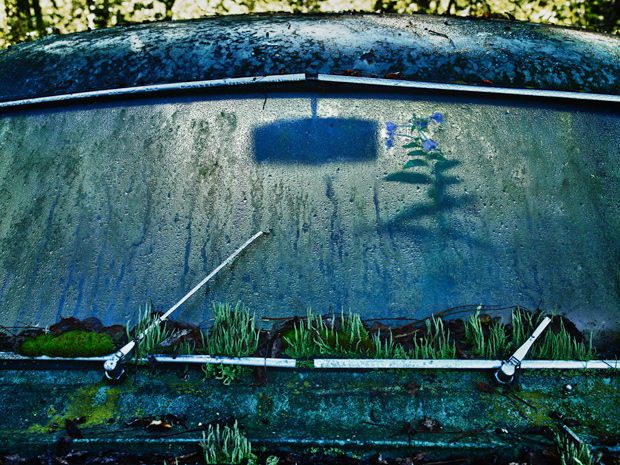 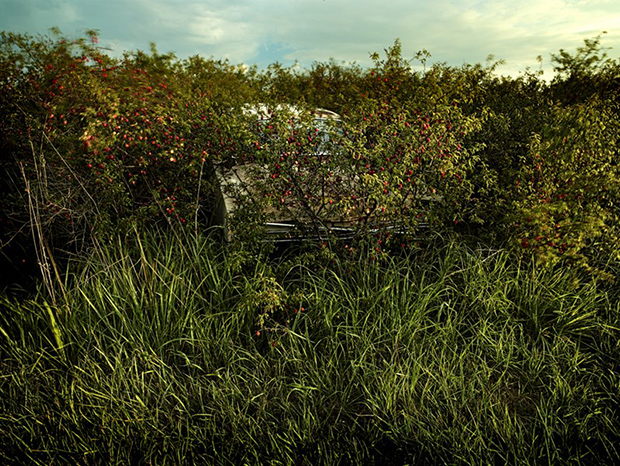 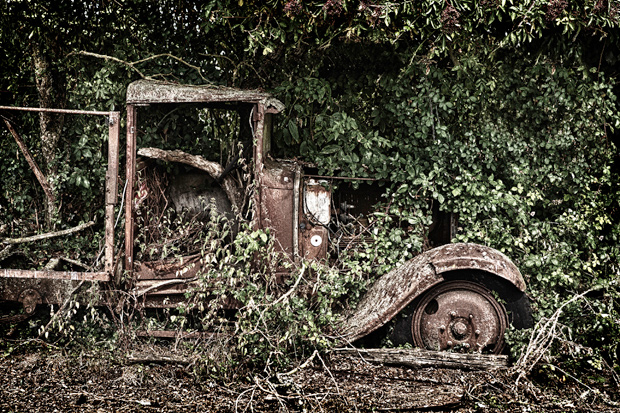 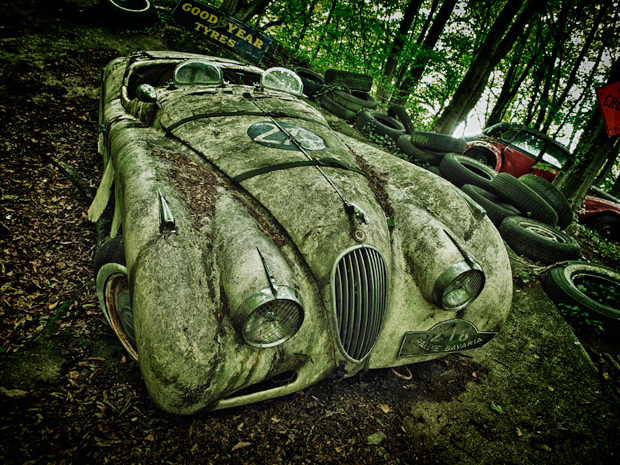 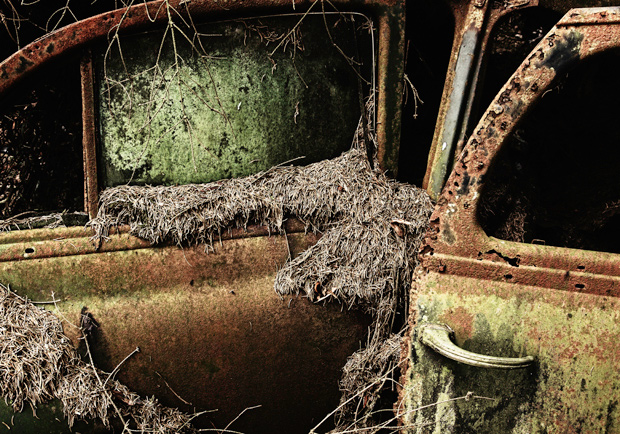 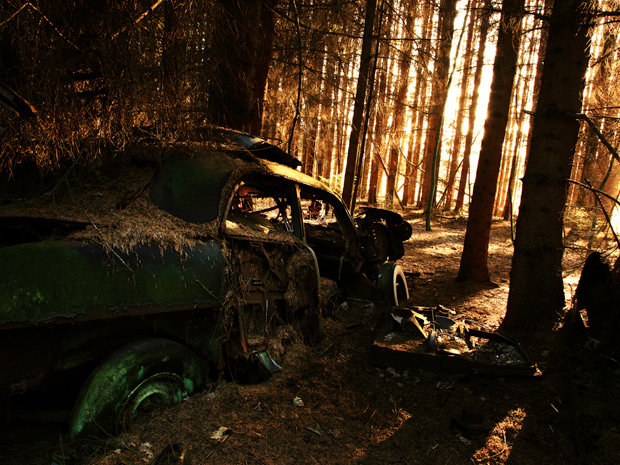 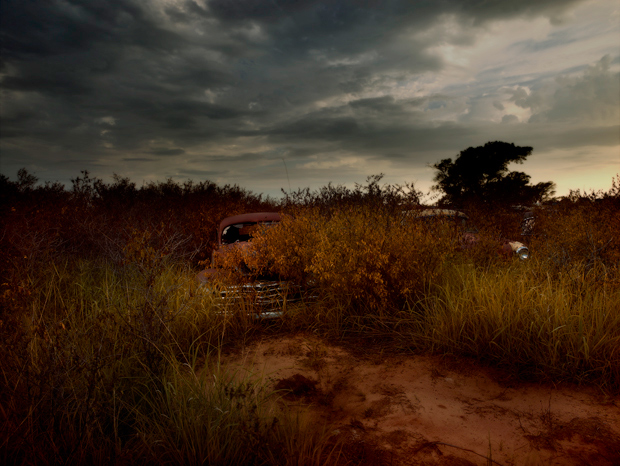 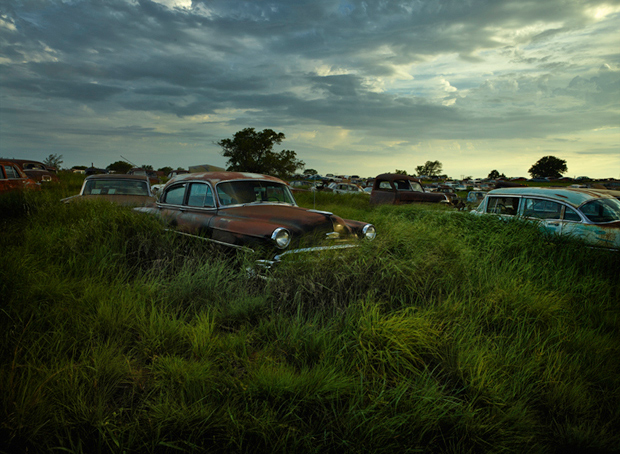 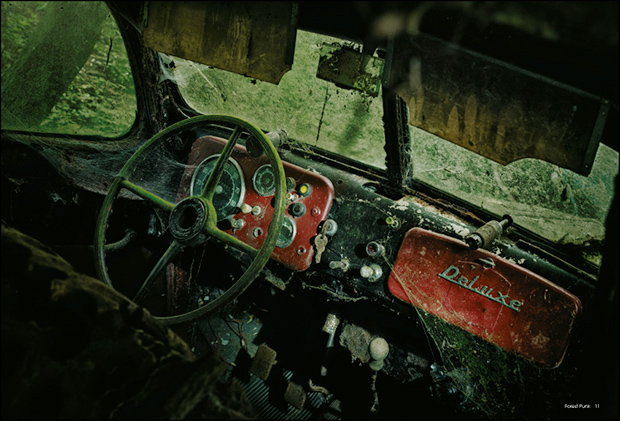 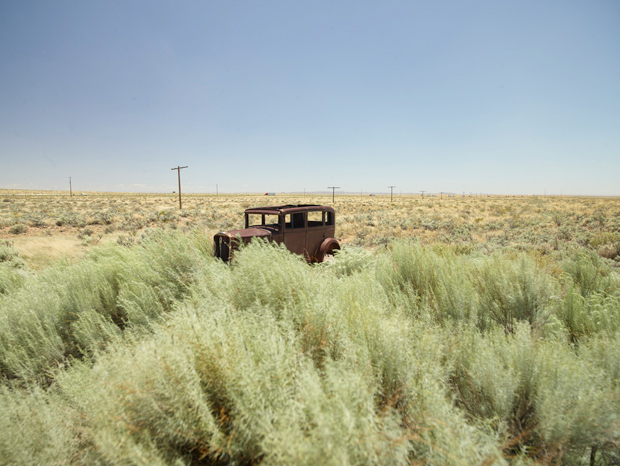 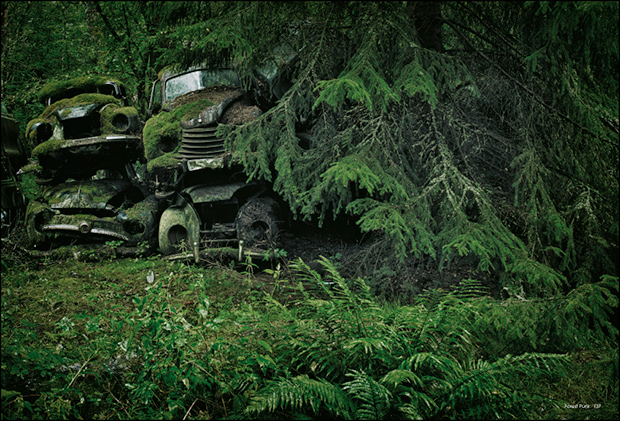 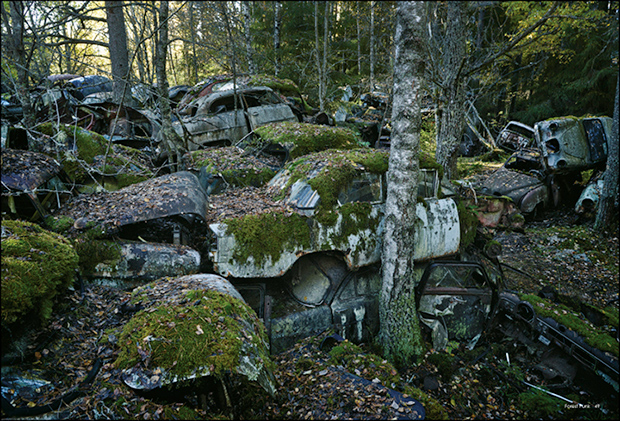