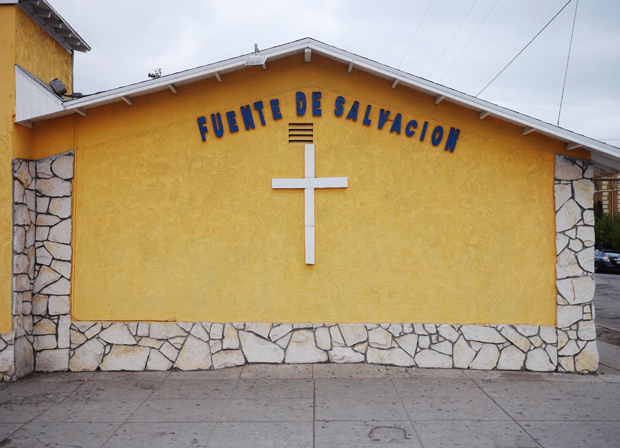 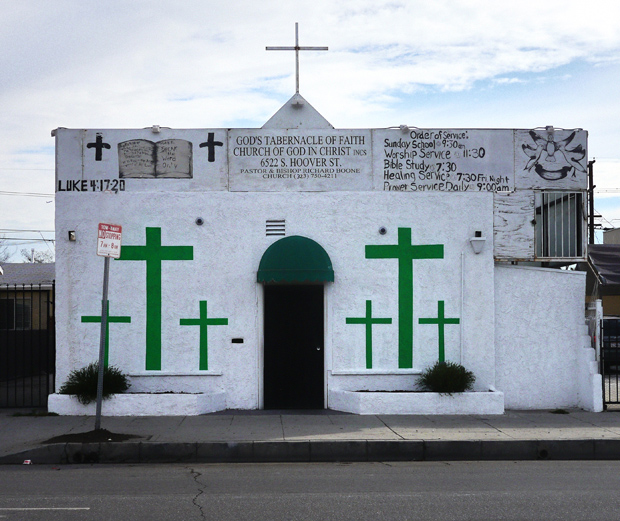 Many think of Los Angeles as a place of glamour, materialism and excess. While the national image of the City of Angels may be one of bright colors and shininess, such a reputation propagates a sort of homogeneousness; a place occupied by the rich and famous but not much else. 30 Churches in 30 Days, a project from Kevin McCollister, puts forth a different picture, one of little sheen but great diversity. “The Los Angeles I see is full of devout, hard-working people who are just getting by,” says the poet-photographer, who walked all over his adopted city, fascinated by the sort of gritty beauty not found in tourist brochures.

McCollister originally came to LA to write screenplays. One day, as his career in Hollywood “was dying a slow death” he was invited by a charitable friend to help hand out sandwiches to the homeless. “That exposed to me to an entirely different part of Los Angeles that I had absolutely no idea existed. It was startling that Los Angeles was just so enormous and with perhaps just about every culture and nationality on earth.” With virtually no experience as a photographer, he soon picked up a Lumix GH2 to start documenting the things in the city that moved him.

He was drawn to the churches by their plainness. They were easy to miss if you weren’t looking out for them. Yet despite their unassumingness they were still sacred and special, places where LA’s marginalized and forgotten went to find meaning and fulfillment. And they were perhaps as far away from the spotlight as one could be. In documenting them he found kindness and hospitality. Often he was invited to share meals with a congregation, including one particularly memorable meal of homemade pupusas. “This might sound a little nutty,” says McCollister, “but overall, it’s been a real adventure every single time just to go to a new part of town and start walking around and see new stuff, some of which is worthy of a photograph.” 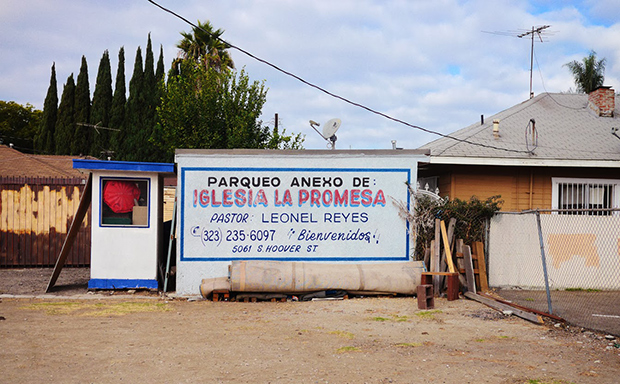 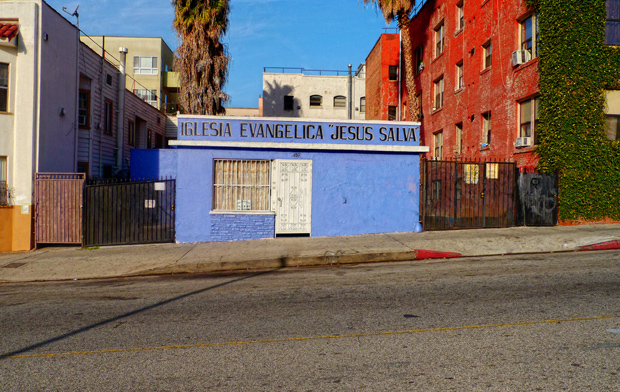 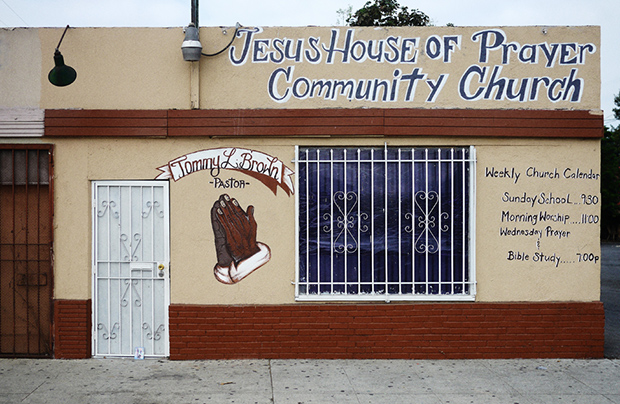 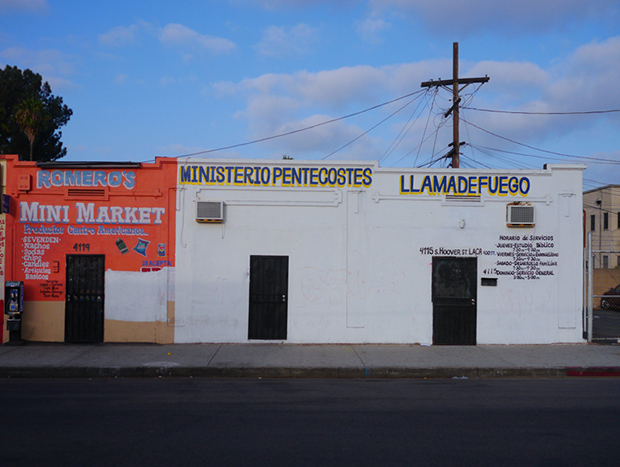