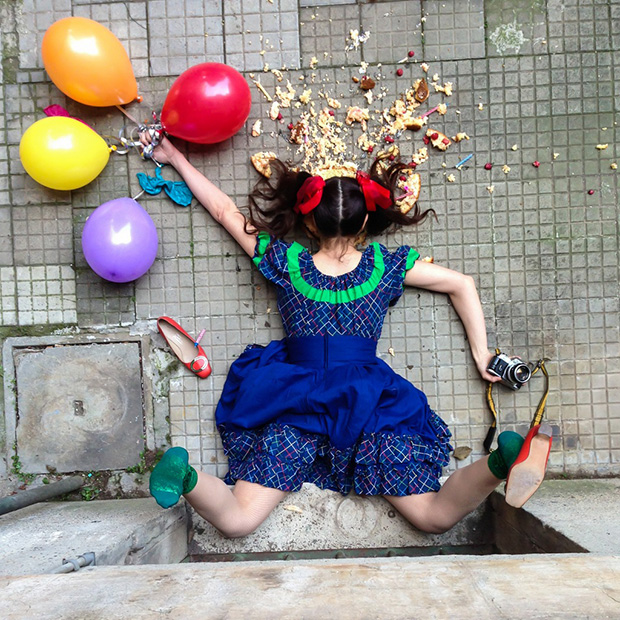 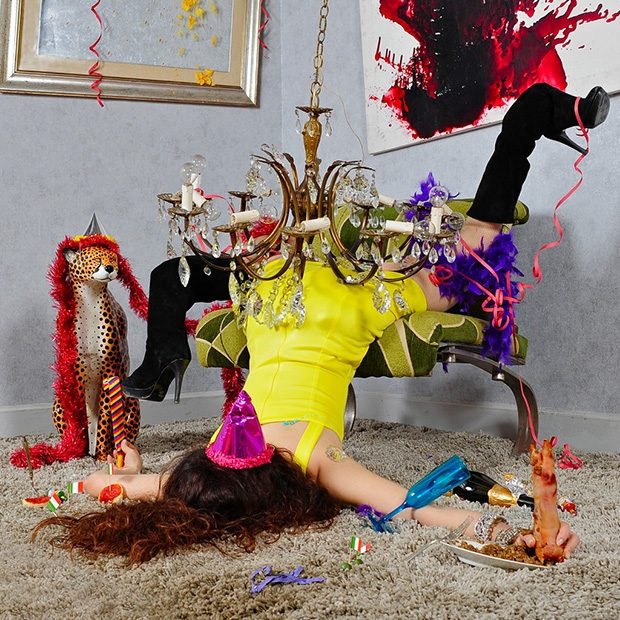 For In Extremis (bodies with no regret), Italian photographer Sandro Giordano dreams up elaborate scenes of falling, reveling in the instant of embarrassment that so often follows a public tumble. In these calamitous moments, the photographer interrupts the routines of recognizable characters—the surgeon, the churchgoer, the birthday girl—to reveal both the absurdity and pathos that bubbles beneath the surface of daily life.

The concept for In Extremis arose soon after Giordano suffered from an unsettling bike mishap. In conversation with a friend, who had recently broken his leg, the photographer began to notice a pattern by which people in accidents tended to protect their belongings over their own bodies, causing their falls to be all the more disastrous. In response to the crushing materialism of our culture, he created the images in part as a cautionary tale. Like these fallen individuals, he explains, our shared priorities have been turned upside-down.

The chaos of Giordano’s fateful accidents belies the painstaking effort that goes towards building each scene. He uses friends and actors as his models, requiring that they hold uncomfortable positions for long periods of time, and each set is carefully scouted prior to shooting. Each image is constructed first in his mind’s eye and adapted into reality, using costuming, prop design, and actual locations around the city. The process for a single image, he reports, typically consumes ten days.

Despite the sometimes dumbfounding carelessness of his anonymous subjects, Giordano invites us not to condemn but to relate to their ruinous self-imposed circumstances. In the gym rat, the gardener, and the fashionista, we insert our own selves, exhausted to the point of surrender. There is ultimately something gleeful and liberating in Giordano’s characters, who seem to have simply given up on participating in the ennui of ordinary life. 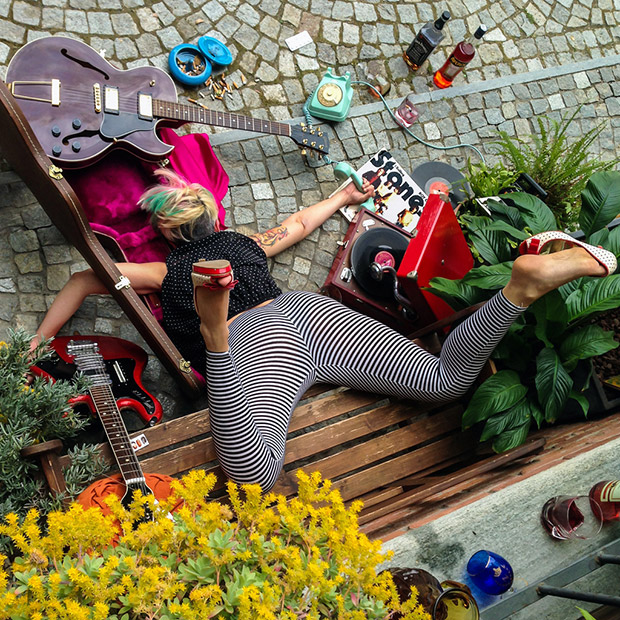 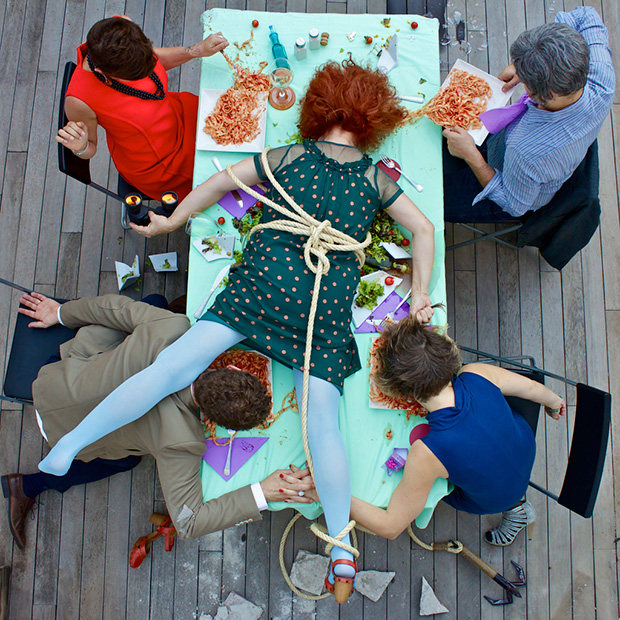 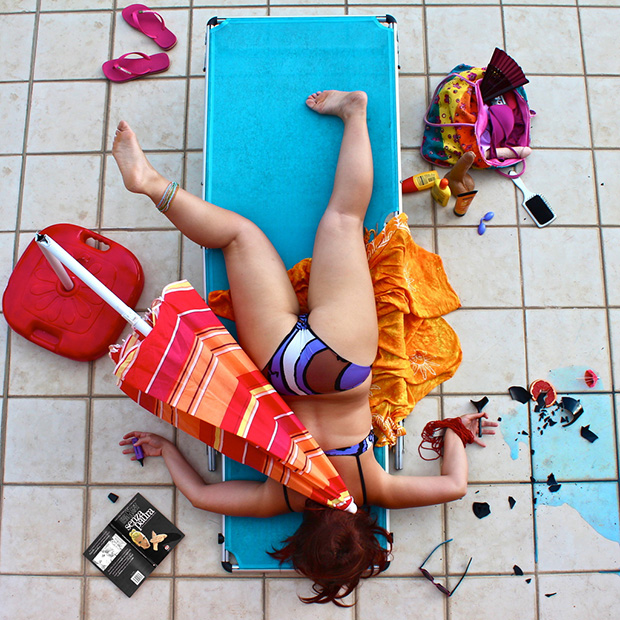 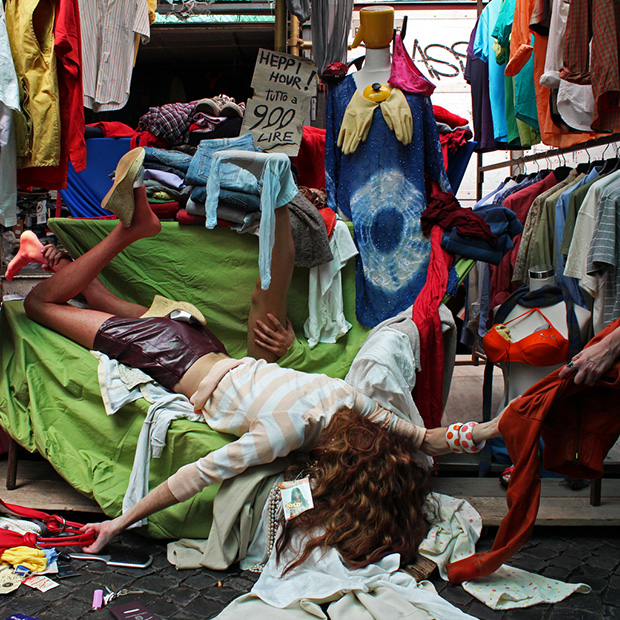 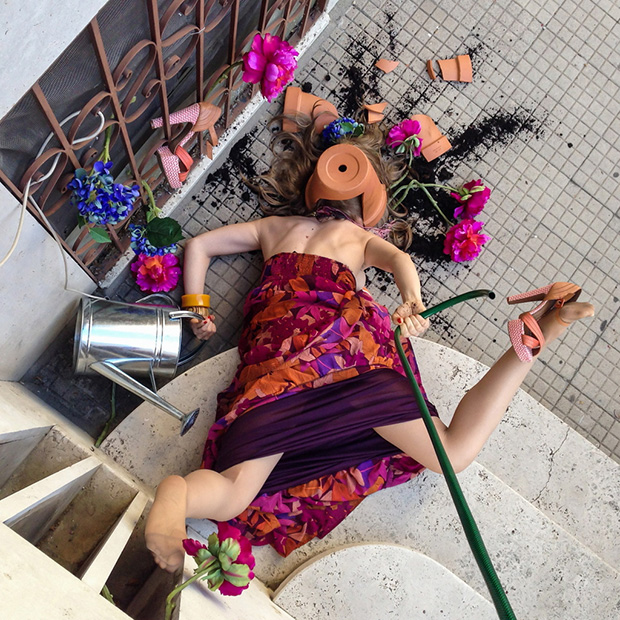 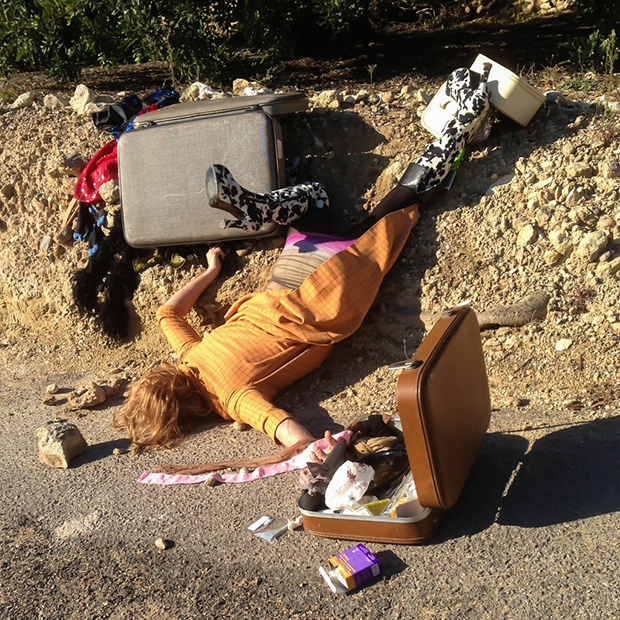 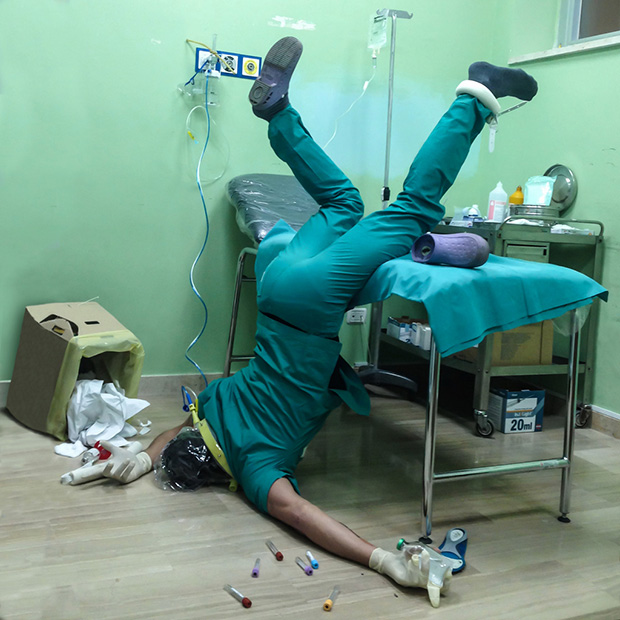 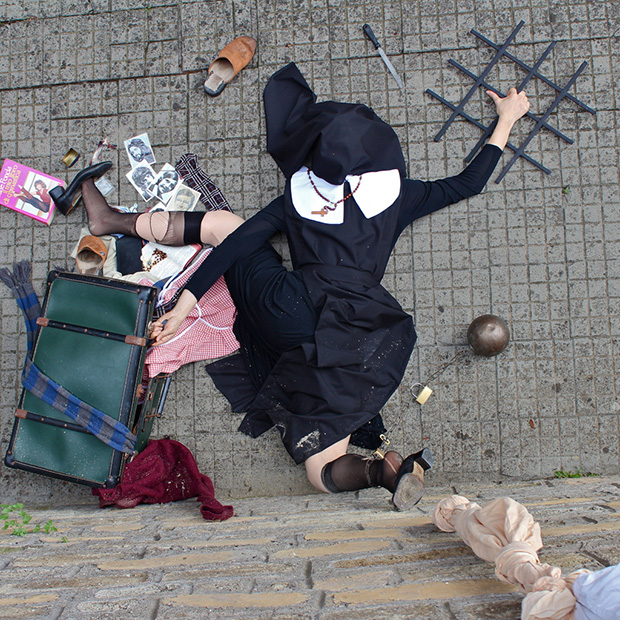 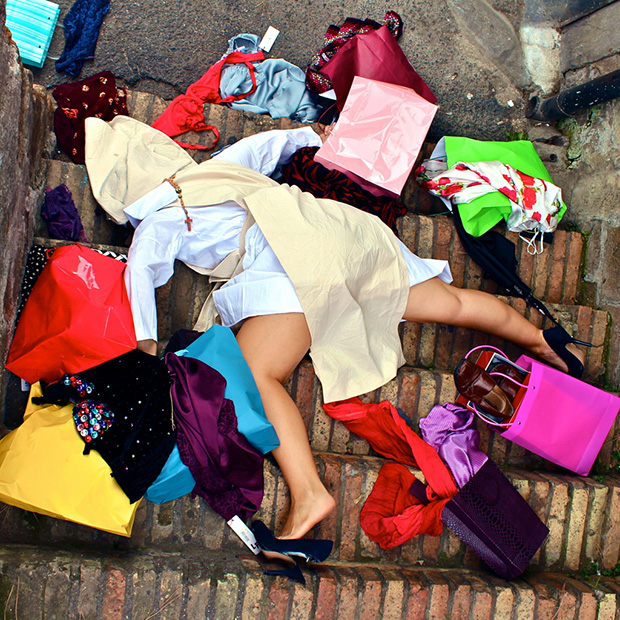