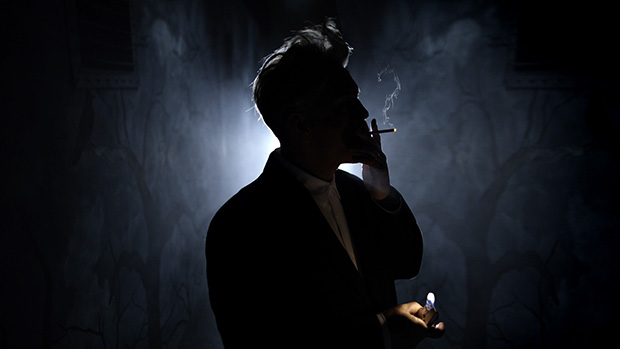 “He inspired me to pick up a camera, to shoot things that are different,” photographer and filmmaker Sandro Miller, who was in his late teens when Eraserhead was released, says of David Lynch.

Playing Lynch, created in collaboration with John Malkovich, Sandro’s longtime collaborator, offered him the rare opportunity to step into Lynch’s shoes and see the world through his eyes. Two years in the making, the project stars Malkovich in a series of vignettes directed by Sandro, each meticulously recreating a memorable scene from Lynch.

Over the next week, Sandro, in partnership with Squarespace, will release one short film every day to benefit the David Lynch Foundation. Collectively, they represent unforgettable moments in the films Lost Highway, The Elephant Man, and Eraserhead, as well as the television series Twin Peaks.

As of this writing, Malkovich’s interpretation of Kyle MacLachlan as FBI Special Agent Dale Cooper and his take on Catherine E. Coulson’s Margaret Lanterman, aka The Log Lady, have  been released on PlayingLynch.com. Today will see the release of Frank Booth, followed by the Lady in the Radiator, Henry Spencer, Mystery Man, and Joseph Merrick, in that order.

To determine which characters Malkovich would play, a call was put out over social media to determine Lynch’s most popular characters. Twin Peaks‘s Dale Cooper was the all-time favorite, but the Lady in the Radiator from Eraserhead was Sandro’s pick. He couldn’t let the opportunity to revisit her slip from his fingers, so although she didn’t rank among the top ten most mentioned, she was given a spot at the table.

When asked about his personal favorite resurrected character, Sandro admits he can’t pick one. Malkovich’s Joseph Merrick had the crew weeping; “I just fell in love with him. He really moved me,” Sandro confesses. The actor’s Frank Booth, on the other hand, “scared the hell out of everyone.”

Sandro longed to create an “homage” to Lynch in the truest sense of the word; nothing more and nothing less. It was a task he took with great reverence and earnestness. Of Lynch, he explains, “I wanted him to see himself in each and everyone of these characters.”

Malkovich did in fact take on the character of Lynch himself as his eighth role. This is the scene with which Sandro was able to take the most artistic license.

For Sandro and Malkovich, Playing Lynch has been a highlight of both of their iconic careers. When they were approached, Sandro says he saw a frisson of excitement in his actor friend: “John’s heart skipped a beat.”

Playing Lynch marks the release of The Music of David Lynch, a David Lynch tribute album featuring interpretations on Lynch’s most well-know melodies by leading artists. By donating to the David Lynch Foundation, visitors can unlock new chapters and delve deeper into the universe of the great director.

The foundation helps at-risk young people as well as veterans and abuse survivors dealing with Post-Traumatic Stress Disorder to heal using the techniques of Transcendental Meditation. Sandro, who started practicing meditation at the age of seventeen and now does it every day with his wife, believes strongly in the mission of the David Lynch Foundation: “This isn’t about me. It isn’t about John. The Foundation is why we are here in the first place.”

Playing Lynch is available only via the dedicated Squarespace website, which proved to be the perfect platform for the collaboration. “Squarespace does such a great job helping artists to see their vision.” Follow along at Playing Lynch to begin watching now. 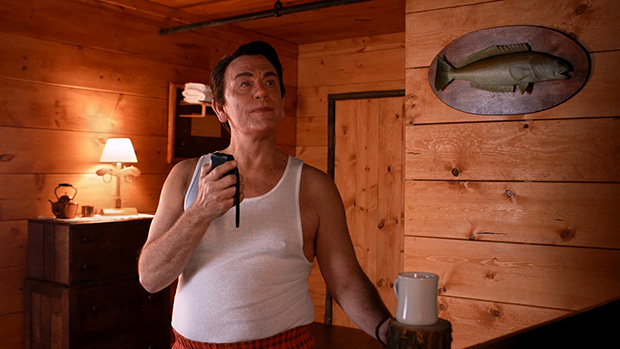 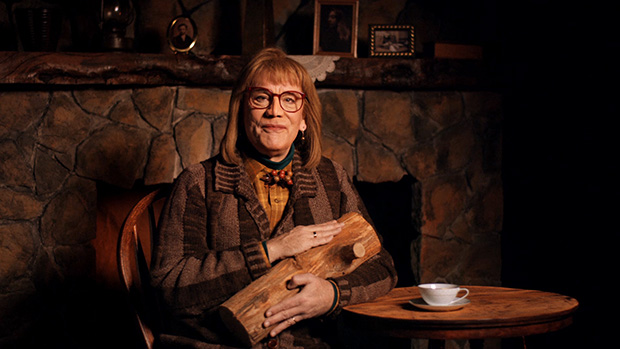