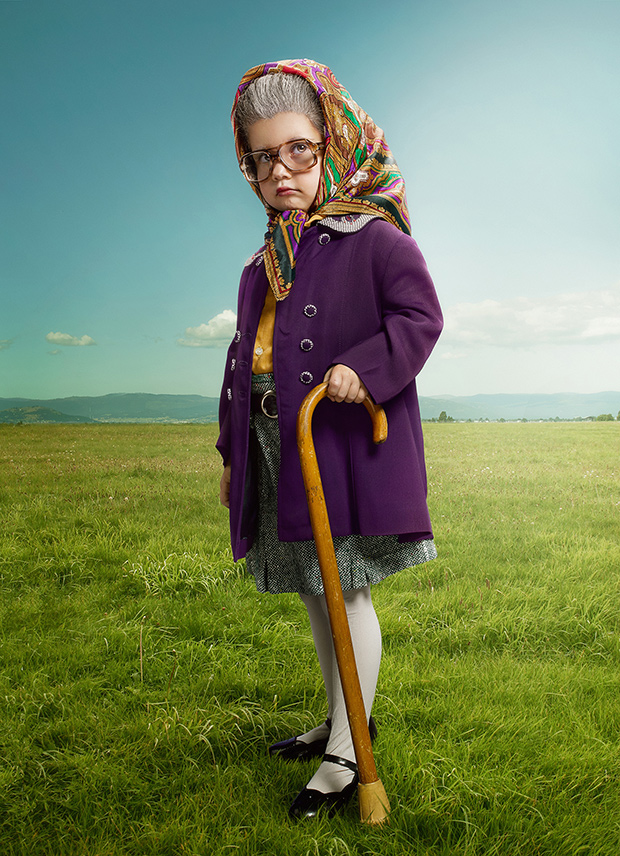 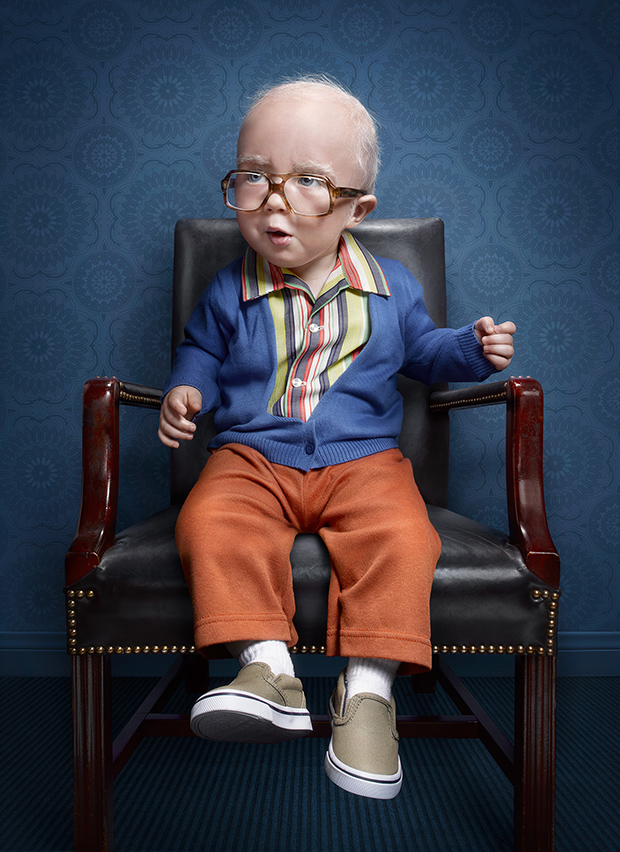 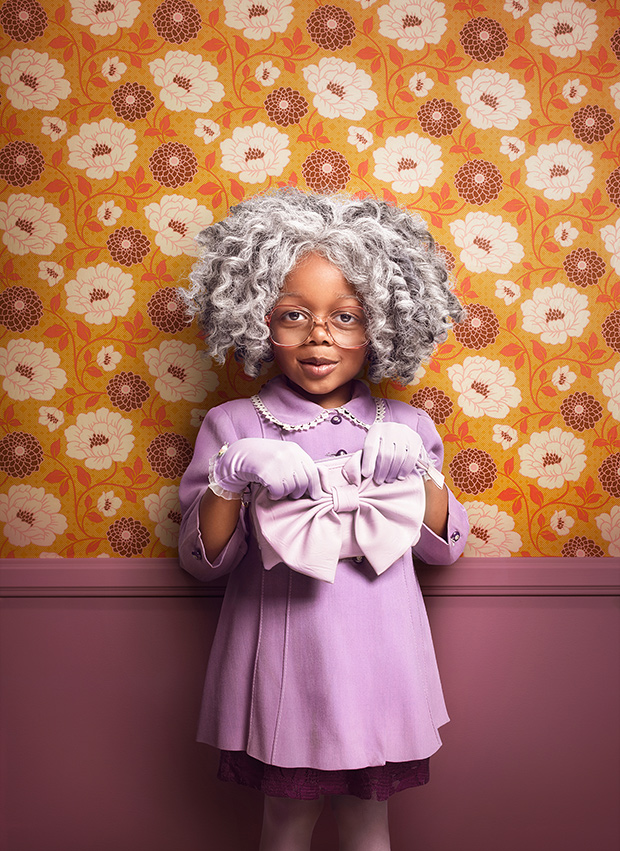 For a series of portraits he now affectionally refers to as the “old babies,” California-based photographer Zachary Scott transforms a set of six children into elderly characters, with each youngster flawlessly inhabiting the role of the businessman, the grandma, the churchgoer, and even the old farmer.

The project came about when Scott was approached by The New York Times Photo Editor Joanna Milter about illustrating an upcoming article about the work of Harvard psychologist Ellen Langer, whose work over the past decades theorized that a positive, youthful state of mind can in fact reverse or stall the aging process. Scott credits his young models, cast by Doug Mangskau of LA’s Eastside Studios, with the inspiration for the nuanced and comical characters he created. While he set out with the intention of editing the shoot down to four images, he found that each child was so professional and engaged that each warranted inclusion in the story.

Scott chose against aging the children facially, maturing them instead through costuming and styling alone. After he shot the kids against a blue screen, Scott composited them with the wigs and backgrounds, some of which he shot in hotels and others during a family vacation in Montana. With the help retouchers Electric Art and Amy Dresser, he was able to construct a single illustrative world from the disparate elements, a realm wherein exuberance of infancy collides with the wisdom and nostalgia of old age.

The concept, Scott suggests, was both challenging and exciting because of its ambiguities and implications. Muses the artist, “I still don’t know what exactly the images communicate. Are they old babies, childlike elderly, or is this about the inner child?” Ultimately, the series is a testament to the seriousness of play, illuminating the vitality and whimsy that lies within us all, should we choose to tap into it. “It might be the closest thing to ‘ART’ that I have done,” writes Scott. 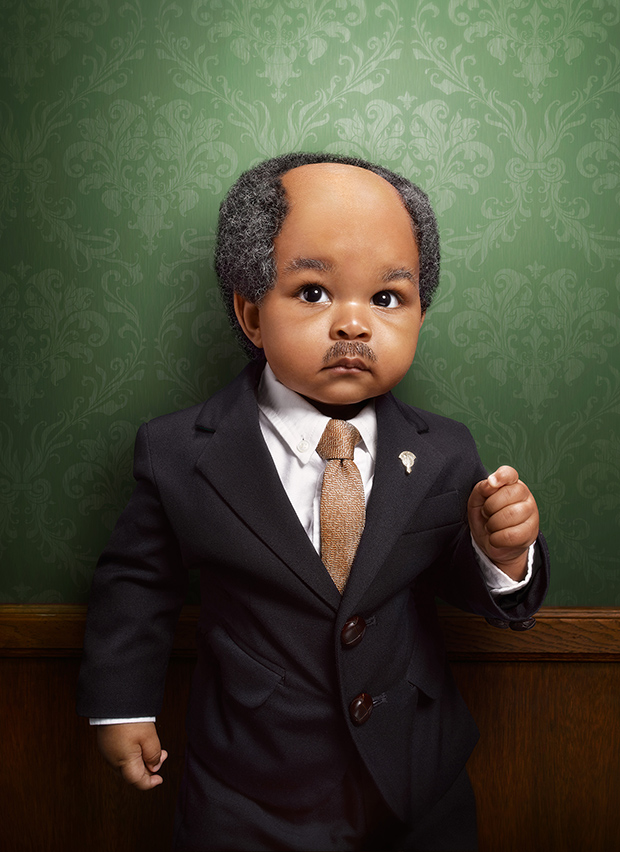 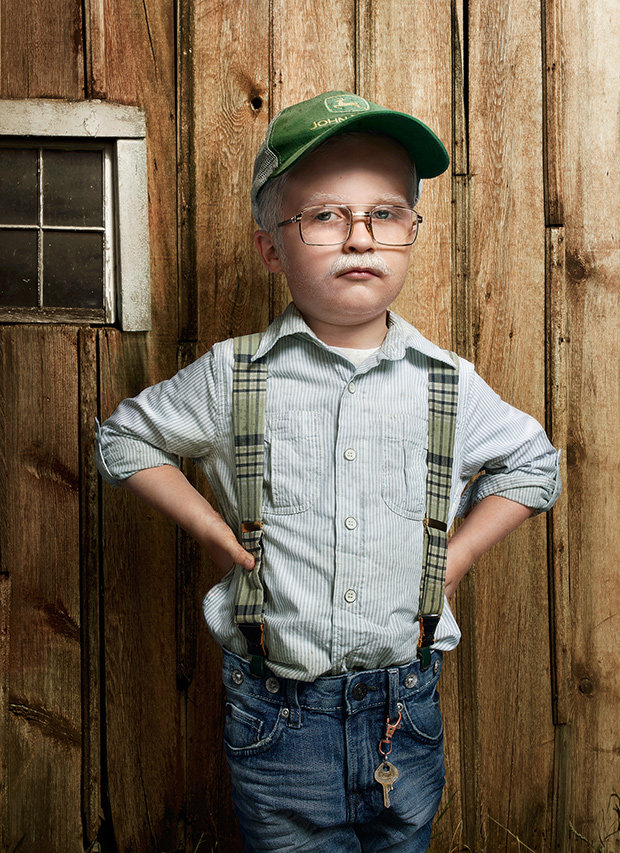 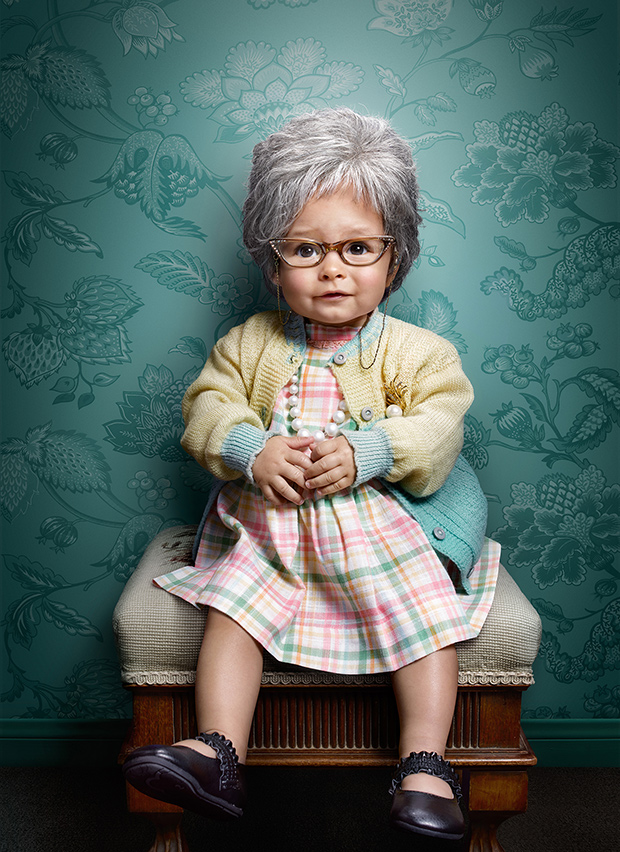 via The New York Times