A Portrait of Brooklyn Before it Was Gentrified 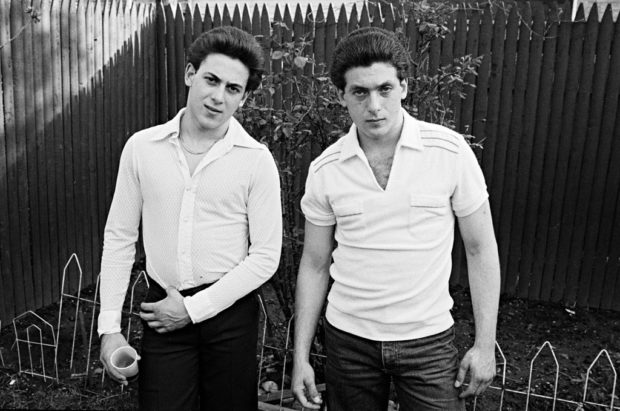 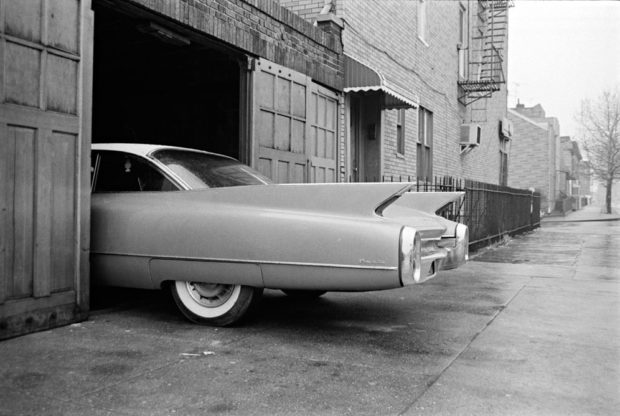 Back in the 1950s and ‘60s, a movement was afoot. The media called it “white flight” and sang it from the rooftops. The cities were being abandoned as white families ran for the hills of suburban towns just as Black and Latinx populations were finding a foothold in northern climates following the Great Migration, Operation Bootstrap, and Operation Peter Pan.

By the 1970s, a new era had begun — one of fueled by urban decay that left only the most strident New Yorkers in place. It was a city of true grit, where only the strongest survive, a city filled with idiosyncratic characters that were simultaneously celebrated and vilified. It was, simply put, a new York in every sense of the word.

Brooklyn native Larry Racioppo headed west for two years before returning to his hometown in December 1970. He took a job at the phone company and a class at SVA, which inspired him to start photographing the world in which he lived. Then little by little, everything began to change.

“I completed a master’s degree and worked as a cab driver, cameraman, waiter, photographer’s assistant, bartender, and carpenter,” Racioppo writes in Brooklyn Before: Photographs, 1971-1983 (Cornell University Press). “But no matter what I did to earn money, I kept photographing and printing, gradually creating a body of work rich in the feel of time and place — South Brooklyn in the 1970s.”

Racioppo’s Brooklyn brings together the small town feeling that has always existed nestled deep in the outer reaches of the boroughs. For Racioppo, this world is centered in the Irish, Italian, and Puerto Rican families living in Windsor Terrace and Sunset Park, each community filled with love, struggle, and strife.

Imagine a bicentennial flag painted on a brick wall, with the words “White Power” written in style-less scrawl, young white boys pretending to be police and holding toy guns, empty lots and graffiti covered walls, horse-drawn fruit wagons and Cadillacs with tail fins, open fire hydrants and fresh laundry hanging on the line in the backyard. Racioppo’s Brooklyn is exactly how Brooklyn looked when it was a working class town, a world where de facto segregation created communities with deep ethnic roots between first and second generation children of immigrants and migrants.

“The photographs I made between 1971 and 1983 document South Brooklyn before its gentrification. My parents and most of my aunts, uncles, and cousins lived there,” Racippo writes. “Slowly but surely, the residential ‘gold rush’ expanded south from Park Slope.”

Though it was decades in the making, by the time the gentrification process had reached its peak, Racioppo’s Brooklyn was no longer recognizable. Communities had disintegrated as property values forced families who had lived there for generations to leave, and in place of the native cultures, something homogenized soon took shape. But for Racioppo’s photographs, it would have all disappeared. 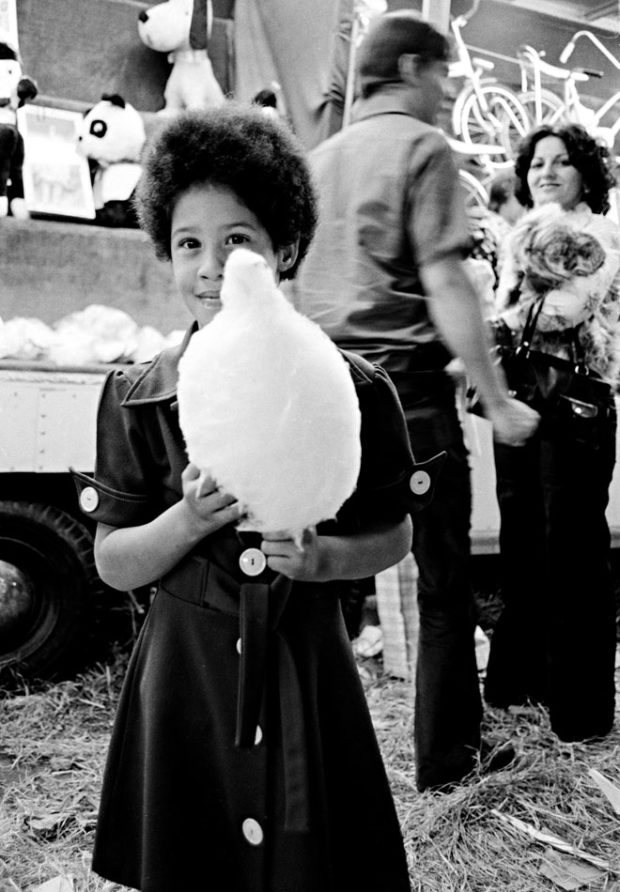 Girl with Cotton Candy at a Street Fair, 4th Avenue, 1974 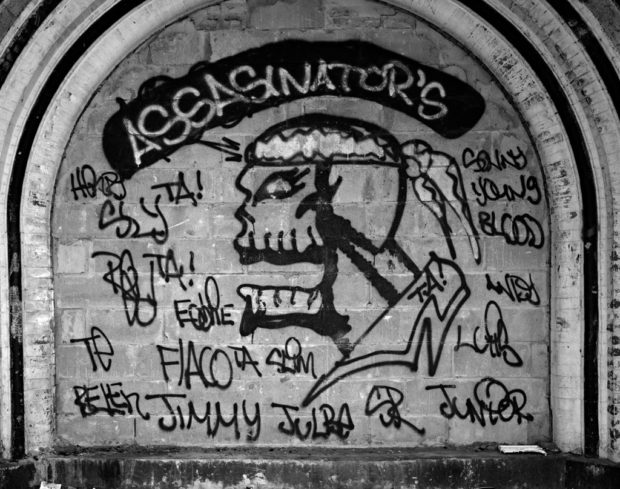 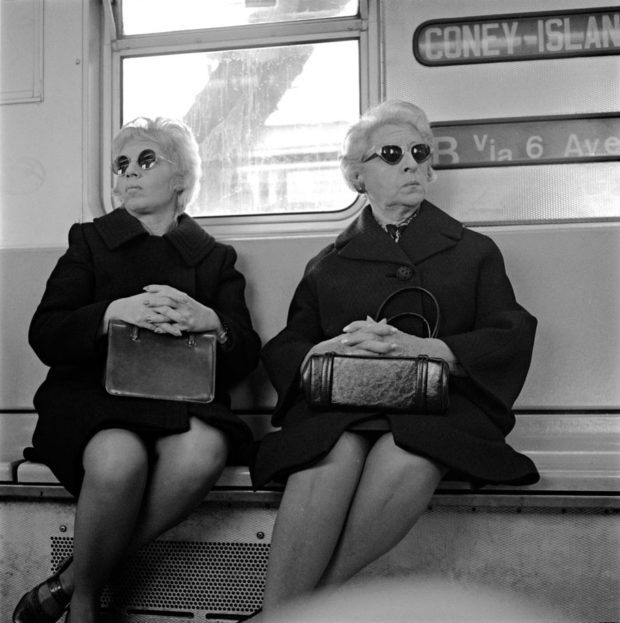 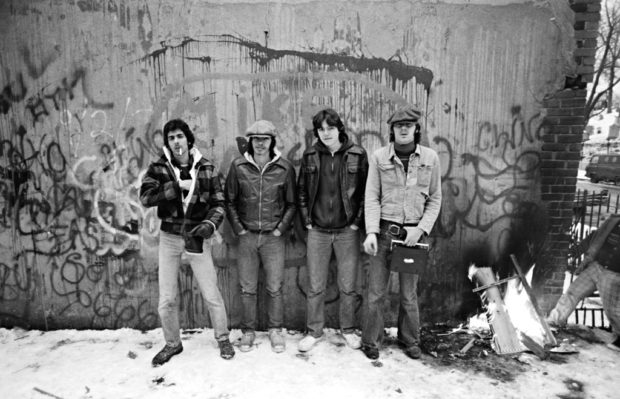 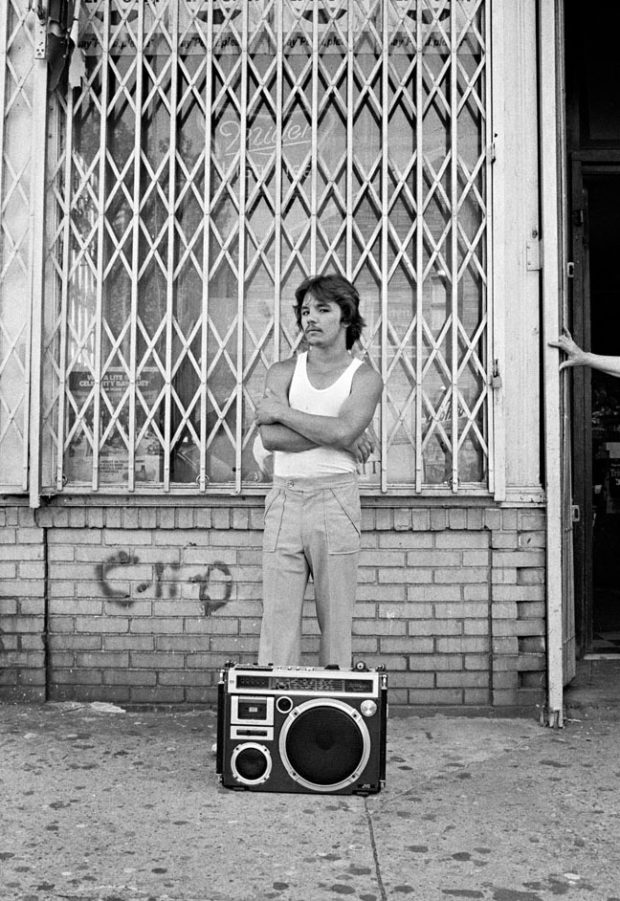 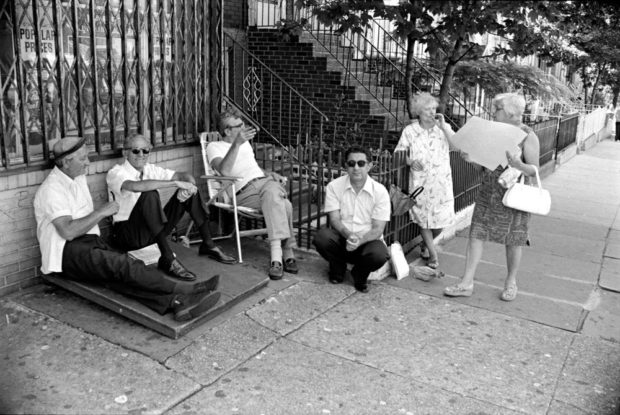 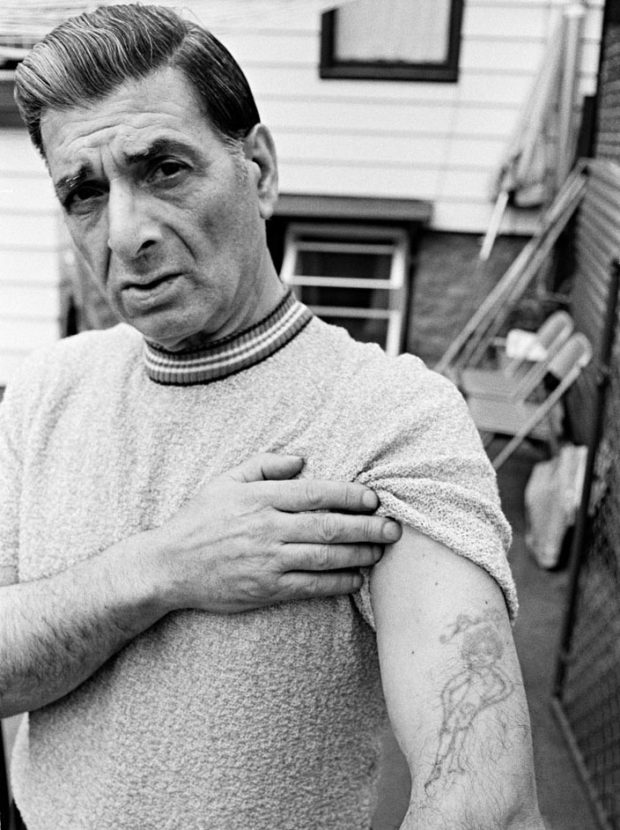