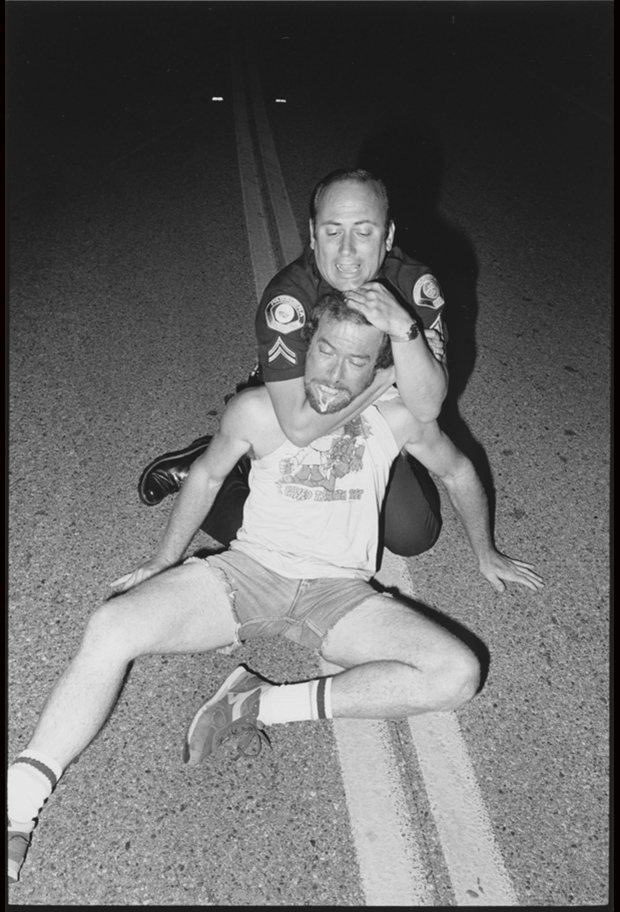 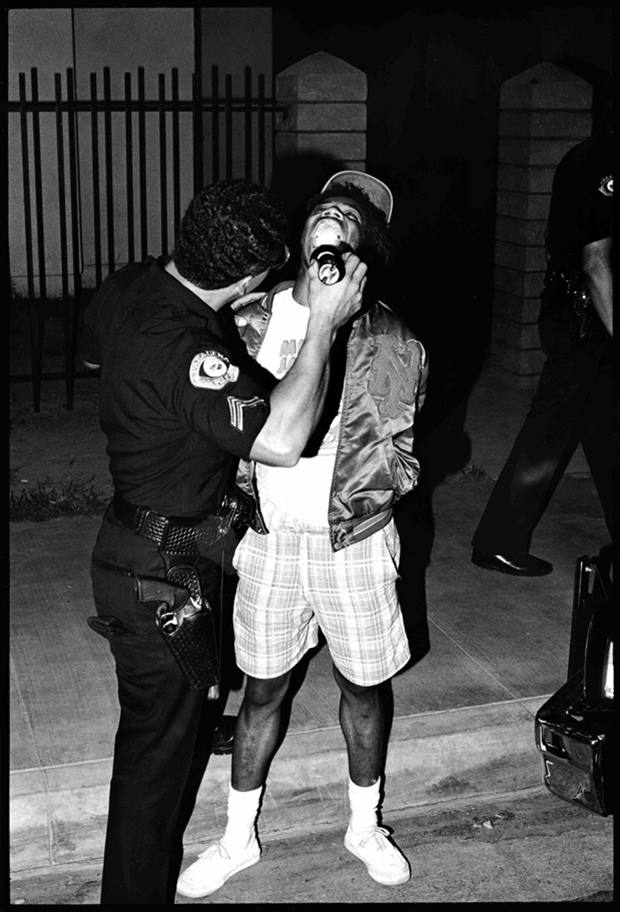 Newport Beach-based photographer William Valentine grew up with a father in Pasadena Police Department, and many of his formative childhood memories unfolded within the context of life and death situations. Between the ages of five and eight, he explains that he had been on board a code three—or life threatening— call, and had witnessed a dead man being brought in by ambulance after a drug overdose. During long nights, he waited up for his dad to return home. By the time he was in college studying photography, Valentine had a potent sense of belonging within the force.

While on assignment for his classes in 1984, the young photographer gained unprecedented access to the Pasadena PD through his father’s connections. Once he proved himself to be respectful and restrained, he was allowed further entry into action during an era when the streets were overrun with cocaine and PCP sales and dominated by the emerging Bloods and Crips gangs.

In photographing the streets, Valentine decided to become an officer himself, a transition to which he attributes his more hardened attitude; the force, he explains, causes one to “focus more on the crap, and [to become] less naïve.” Starting out, he never photographed on the job, but a few years in, he received permission from his superiors. His duties as an officer, of course, were the priority, but in quieter moments, he brought out his camera. Working in this way allowed him more autonomy than he imagines a photojournalist might have had, leaving days mostly free for him to shoot whatever he wished.

Valentine served on the Chino Police Department for two decades, and although he is now retired, he still is in contact with members of the force. Times are changing, and soon all of his former colleagues might retire. Younger officers, he explains, have moved away somewhat from the brotherly bonds of the 1980s towards a more individualist attitude. The Pasadena in his images no longer exists, as drug and gang activity has been vastly reduced and new storefronts have replaced old hangouts. Many of his early prints, he tells us, remain mounted on the department office walls, serving as a silent reminder of the past.

William Valentine is a finalist for Photolucida’s Critical Mass. 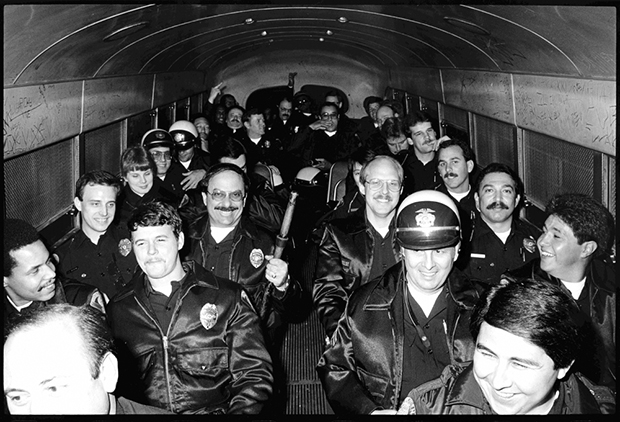 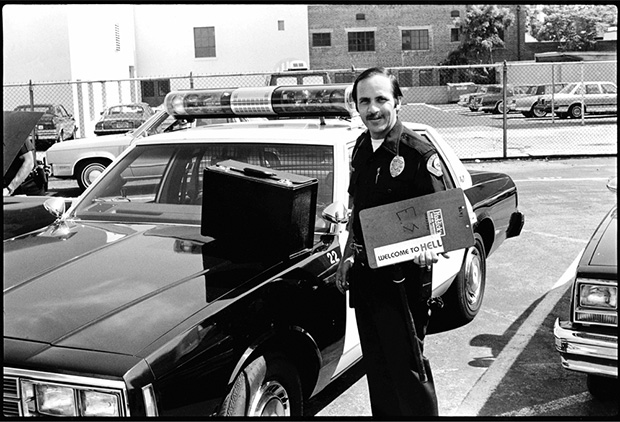 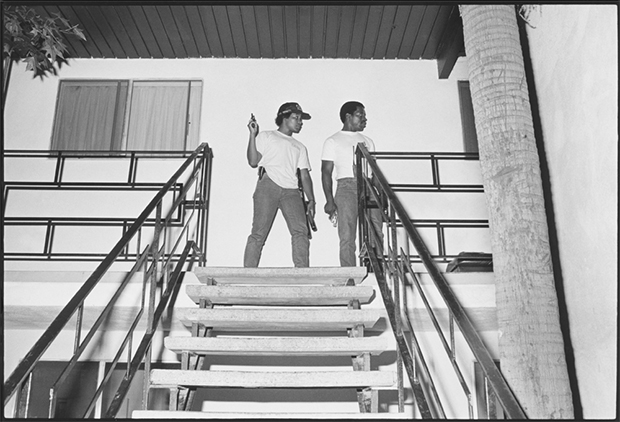 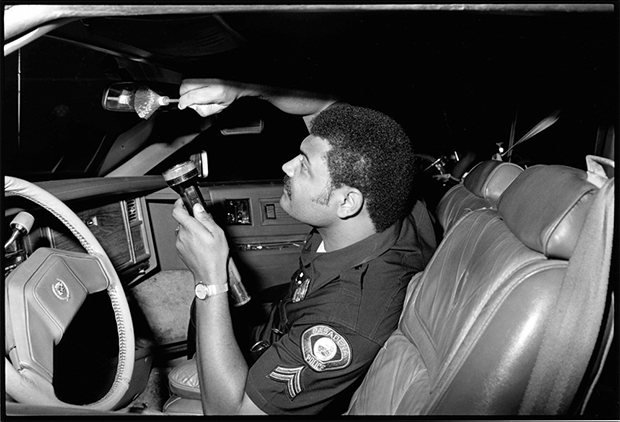 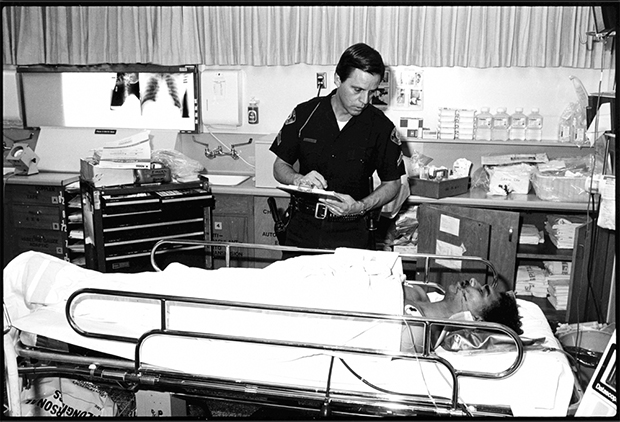 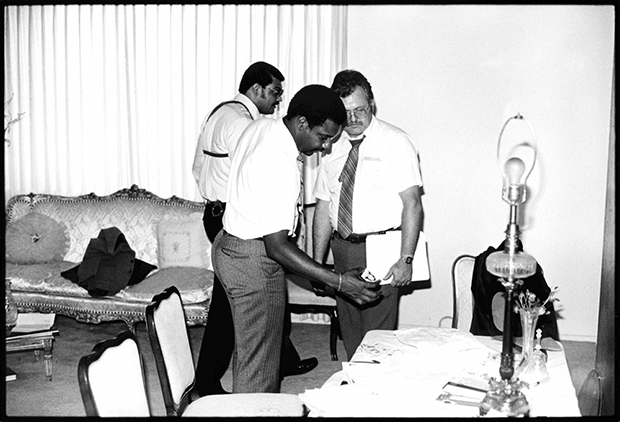 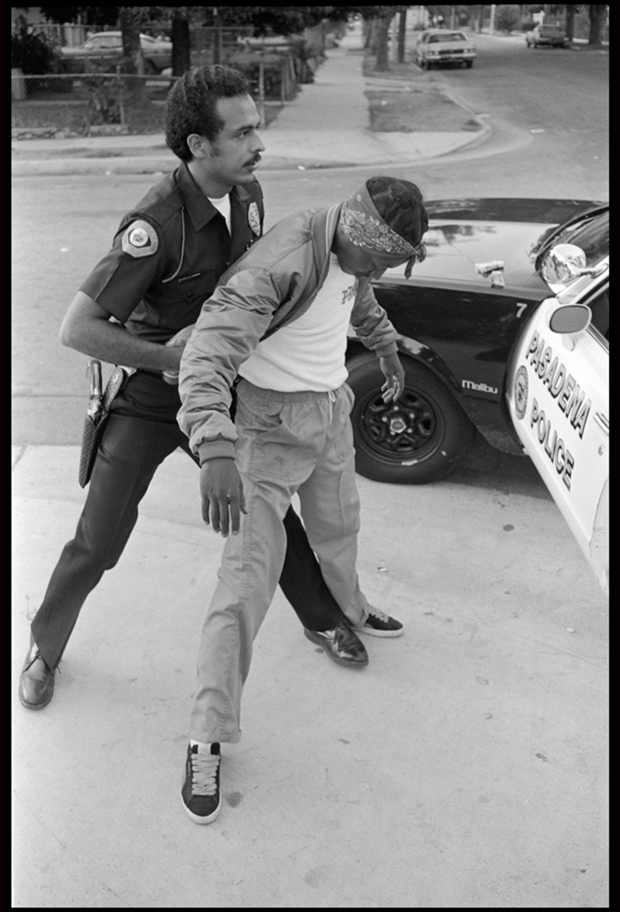