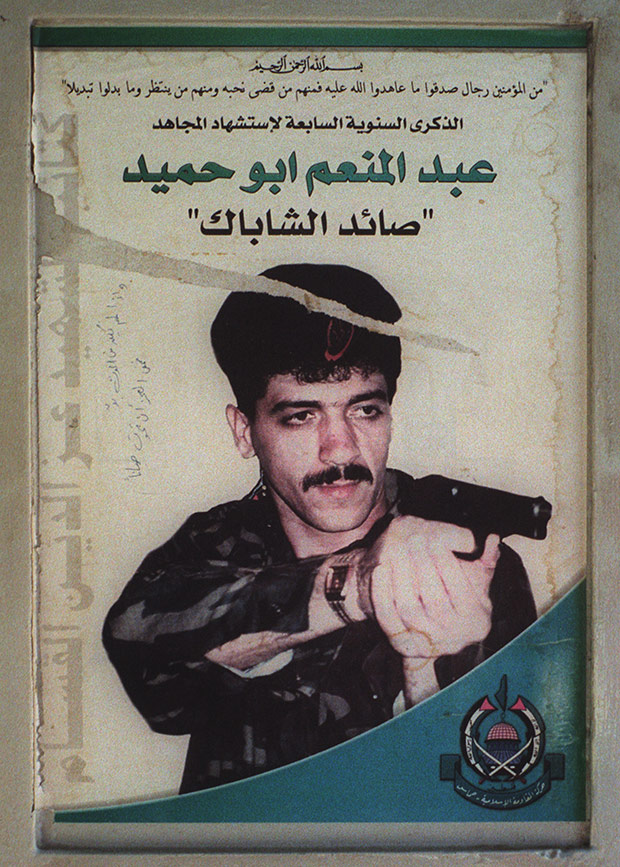 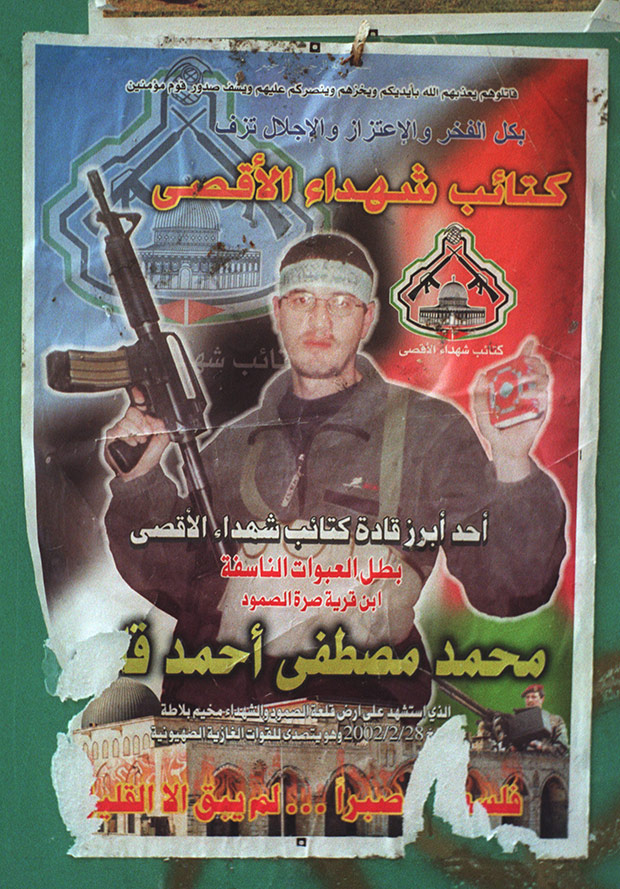 Ramallah, a Palestinian city set within the Israeli-occupied territory of the West Bank, is plastered with posters picturing suicide bombers, resistance fighters, and other Palestinian militants who have died— or martyred themselves— for their cause. In 2003, while covering the violence and conflict that permeates the West Bank, Dutch photojournalist Ad van Denderen turned to these tattered posters to tell the story of the area, ultimately publishing them in a single volume for Useful Photography 4 by Kessels Kramer.

These posters are critical but often overlooked elements of the vernacular and propaganda of the area, serving both as eulogies to the fallen and as a call to violent action. Each printed portrait was shot in the days proceeding the bombing and mounted after its subject’s death. Many of the young men, of course, hold the knowledge of the fate that awaits himself and his victims, betraying in these portraits a lethal combination of fear and certainty that go along with the decisions they have made. Their poses, designed to express to the Palestinian public an unwavering faith and courage, become complicated and eroded when viewed in the context of these inexpensively made, time-worn, and faded posters.

In death, these individuals will be printed on paper and ultimately torn to bits by the elements. Collectively, however, their portraits line the city in immeasurable quantities, containing within themselves the potential to inspire unfathomable devastation. 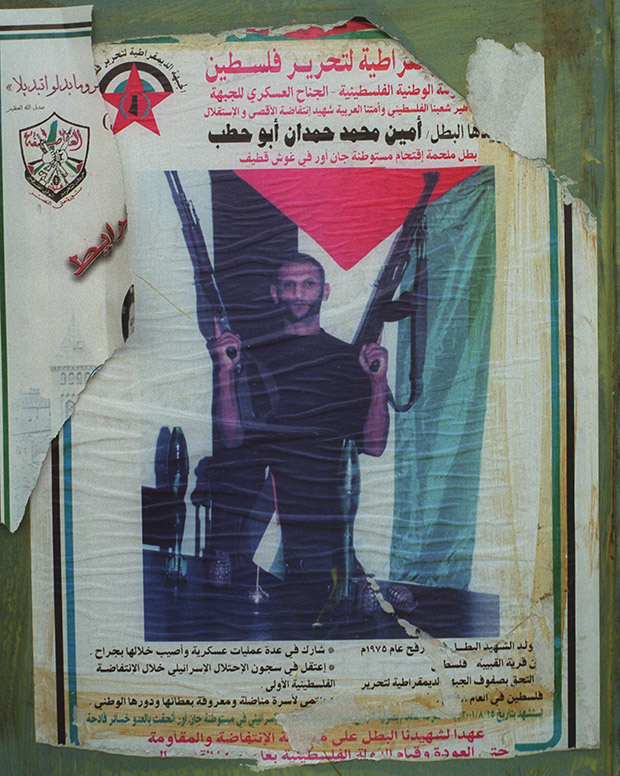 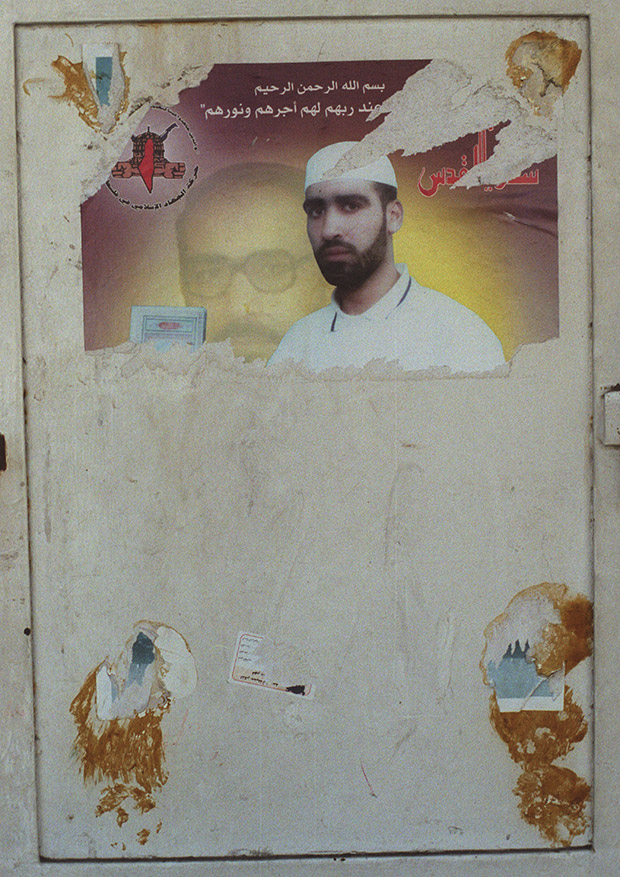 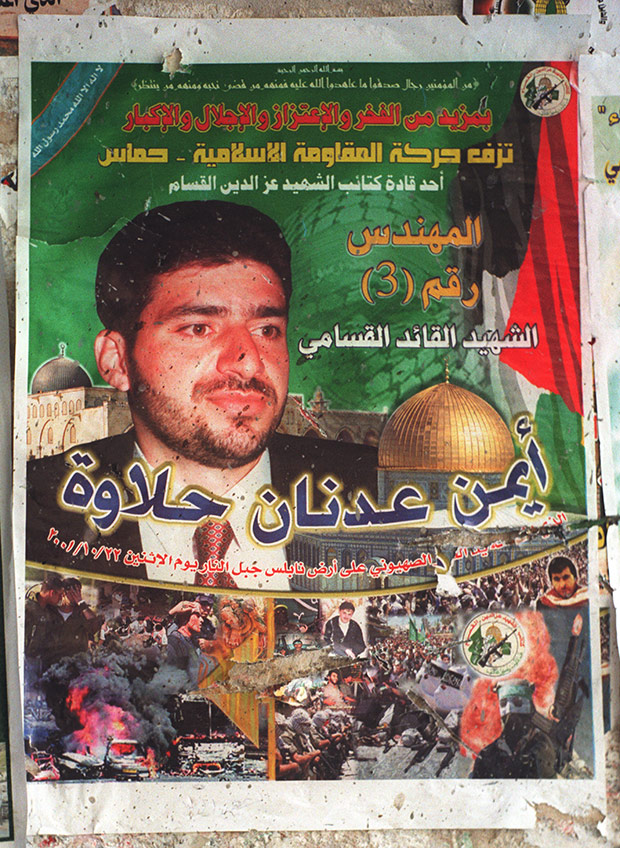 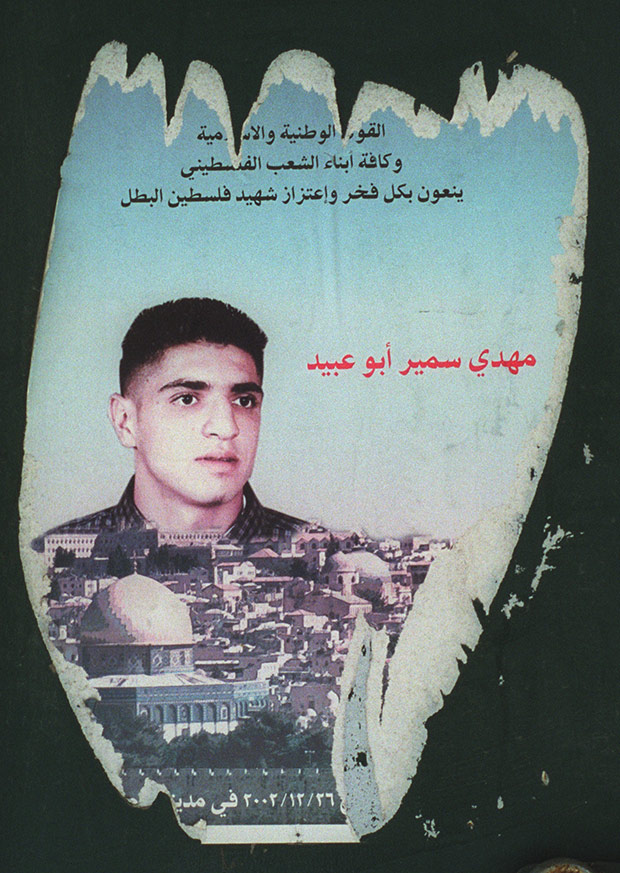 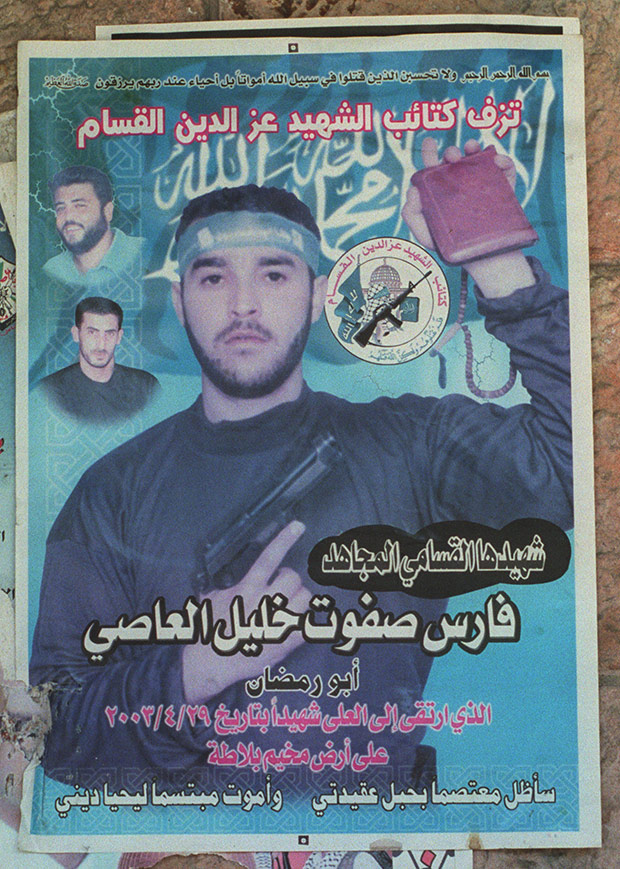 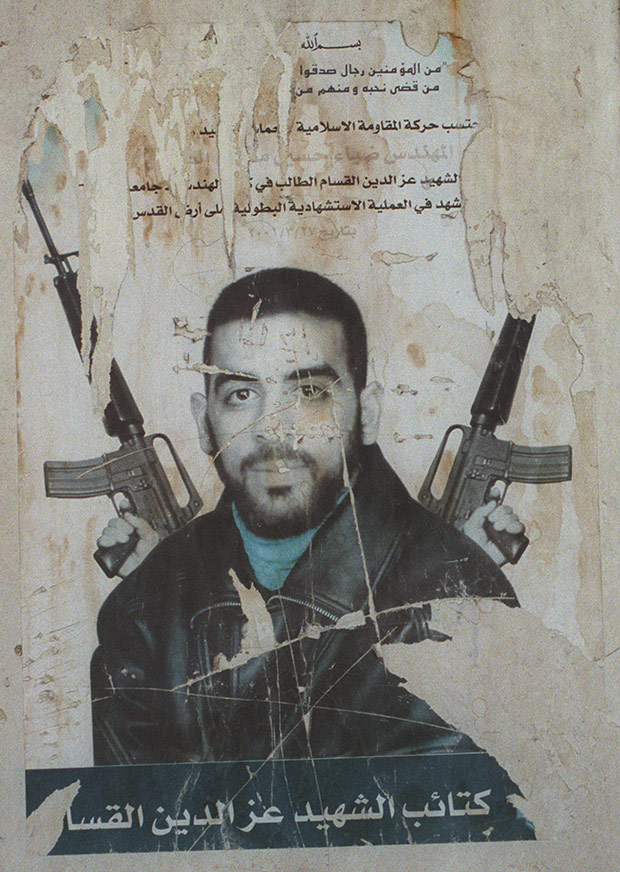