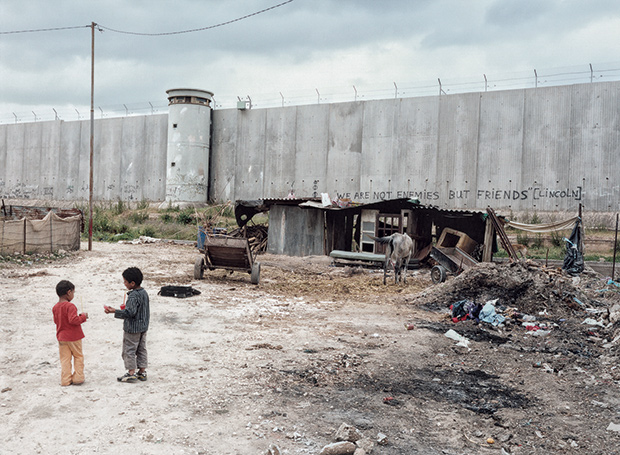 We Are Not Enemies but Friends © Noel Jabbour 2012 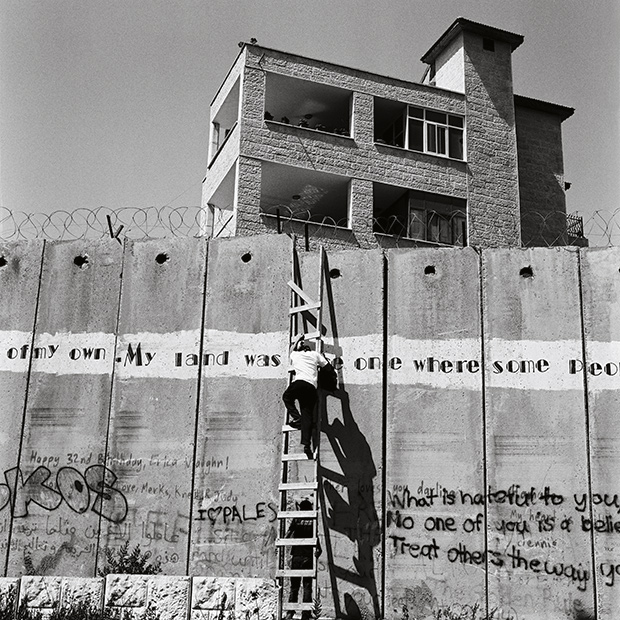 From the series Towards the Sky, Arab Palestinian villages, Galilee region © Raed Bawayah 2012

Last November, the United Nations decreed 2014 to be the Year of Solidarity with the Palestinian People, meant to bring peace and greater understanding between Israel and Palestine. It is also the 10th anniversary of the International Court of Justice’s ruling that the Separation Wall is illegal. As Israel has made rubble of Gaza and the number of Palestinian civilian casualties climbs, these declarations seem a cruel joke.

Taking the polarizing topic of the Separation Wall of Israel as its subject is Keep Your Eye on the Wall: Palestinian Landscapes, a book and project involving six Palestinian photographers and one German (who had previously focused her work on the Berlin Wall), published by Saqi Books.

Conceived of and edited by Olivia Snaije and Mitchell Albert, the book brings together the voices mostly of those the wall is designed to contain, control, and oppress. Gaza-born photographer Taysir Batniji’s contribution concentrates on the wall in Gaza; the other six photographers depict sections of the wall in the West Bank. Some depict the wall in a straightforward way, others with a more lyrical or abstract approach. Snaije explains via email that the project idea germinated during the turmoil of the Arab Spring (2010/2011), when “…the media was overlooking one glaring fact, which was that the occupation of Palestine had been going for over 60 years. The Separation Wall is not only a real but also very powerful symbol of the occupation as well as an indication of a terrible societal failure in a wider global context.”

Taysir Batniji will be speaking about his work on September 21, 2014, at the Rothko Chapel in Houston, Texas, as part of Fotofest Biennial. Work by Rula Halawani, Noel Jabbour, and Steve Sabella, three of the project’s artists, can be seen in View From Inside (published by Schilt), featuring work from the biennial exhibition. Keep Your Eye on the Wall: Palestinian Landscapes is published by Saqi Books. All photos permission of Saqi Books. 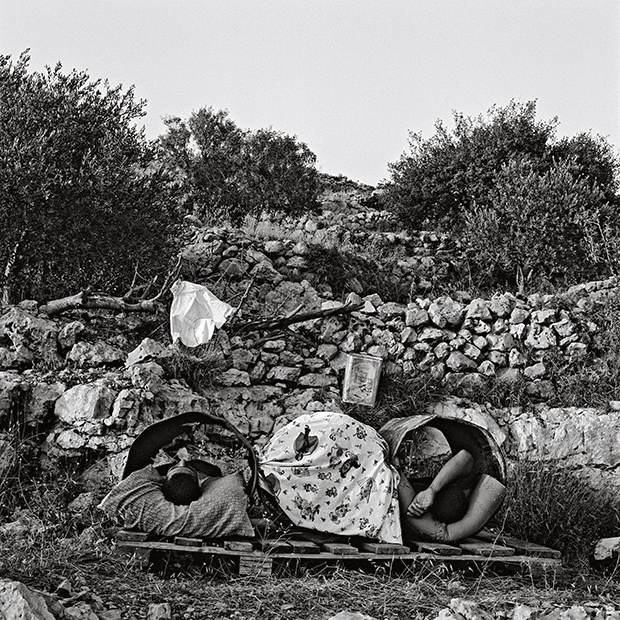 From the series Towards the Sky, Arab Palestinian villages, Galilee region © Raed Bawayah 2012 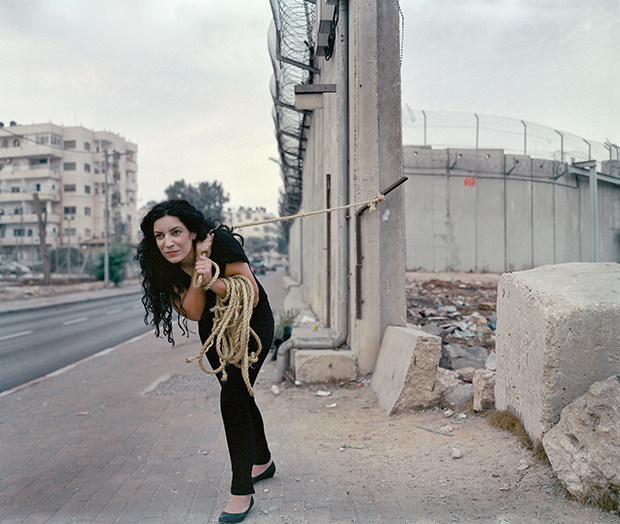 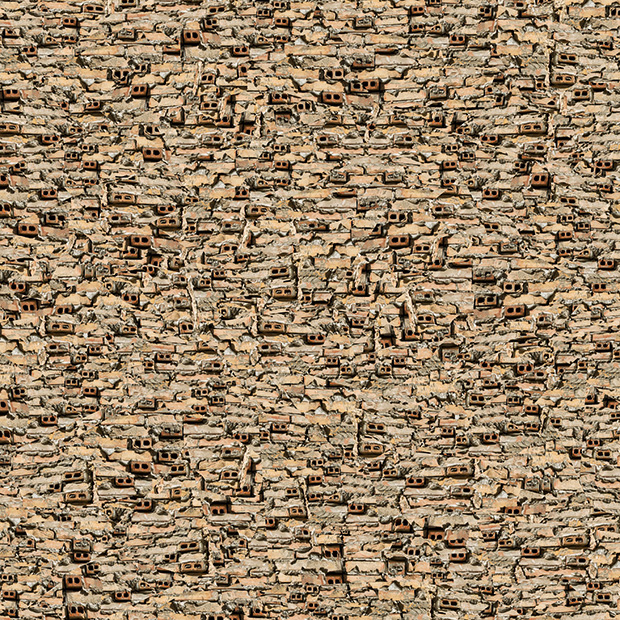 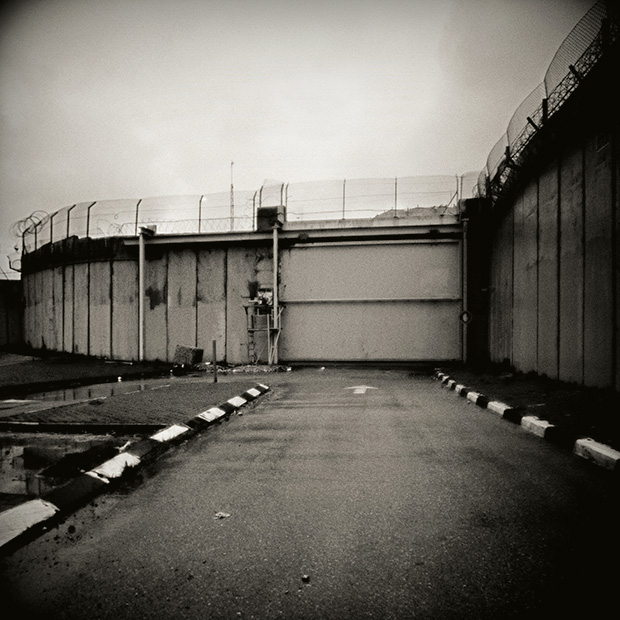 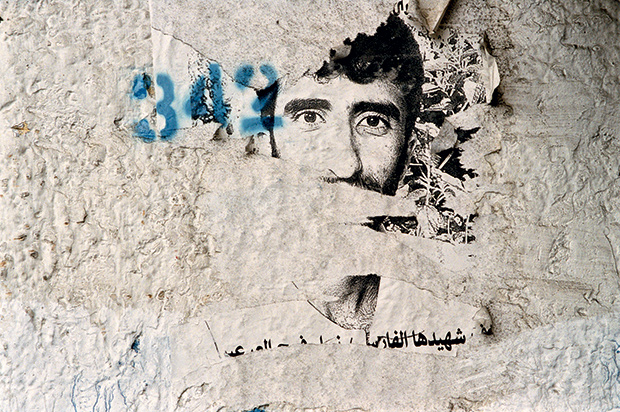 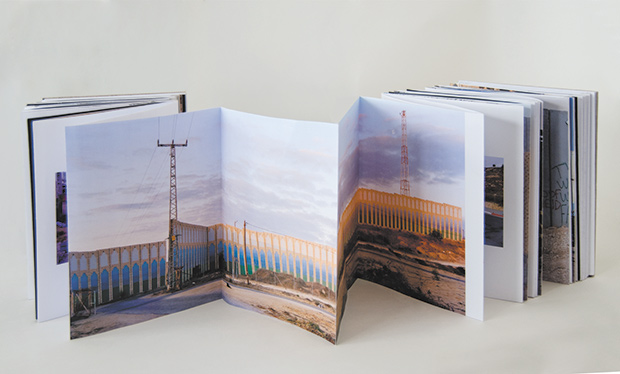 Inside pages from Keep Your Eye on the Wall: Palestinian Landscapes, published by Saqi Books. Taysir Batniji will be speaking at the Rothko Chapel in Houston, Texas, on September 21, 2014.