‘The Shepherd’s Daughter’ Reflects On Hunting, Tradition and Mortality in the Wilderness of Northern Michigan 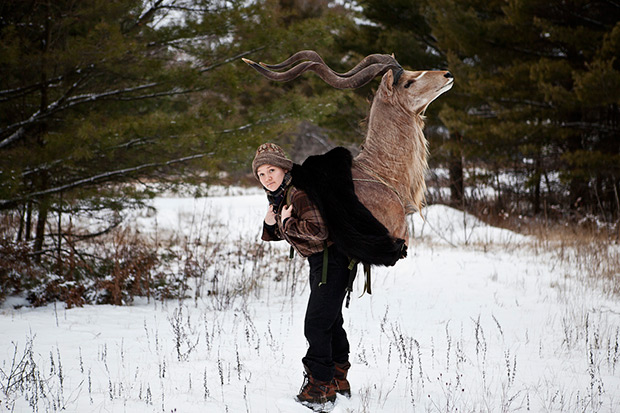 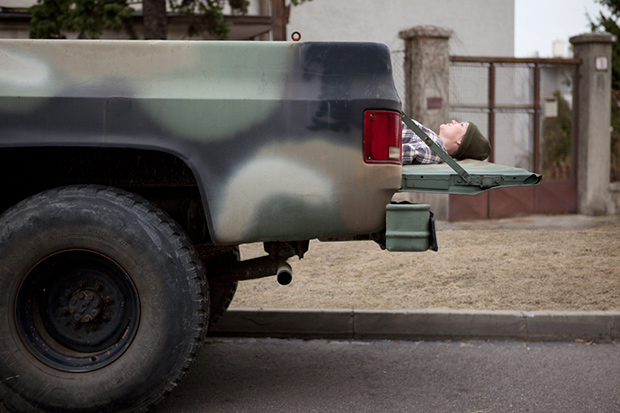 The Shepherd’s Daughter is a quiet song of memory and mythos, exploring concepts of mortality and familial history in the snowy woods of northern Michigan. Photographer Clare Benson‘s ongoing series portrays herself, her father and one of her sisters, though the viewer is unable to distinguish who is who. Representing archetypes of past and present rather than actual individuals, Benson’s protagonists navigate a untouched hinterland, attuned to the briefness of life and largeness of the world around them.

None of Benson’s work is meant to be read in a literal way, many of the images not exactly what they appear. The photographer hails from generations of hunters, her now 82-year-old father no exception. An archery champion and former hunting guide, he began acquiring a large collection of taxidermy trophies that grew exponentially the year 11-year-old Benson’s mother died.

“My father is a hunter, he comes from a long line of hunters,” she says, “It is a tradition that goes back much farther than any time that I can know or name; a tradition that continues to be passed down, especially in rural areas like the one where I grew up. It is the life that I was born into. And for some, that is the main reason for hunting.”

Regulations on hunting are strict, closely linked to the populations of animals in certain areas, and hunting is one way to control those numbers. The image of the bear hides were collected over many years, as hunters have to put their name in a lottery for a special permit, many seasons unable to hunt them. Benson grew up cooking and eating the meat brought home: deer, bear, caribou, elk and rabbit and the main reason for her father’s hunting. The parts that remain act as a marker of time and a reminder of what was lost.

The Shepherd’s Daughter is a metaphor dedicated to her father’s world, a narrative imbued with the changing of seasons and the dangerous beauty of the wilderness. The work portrays hunting as a tradition and a ritual, generations of individuals conquering nature perhaps in an attempt to understand what is out of their control. In this landscape, life and death is a patient and meditative process. The days pass in continual cycles of beginnings and endings, all creatures lost in the rhythm of a larger universe.

“I am the daughter of a hunter,” Benson says, “But when I think about my connection to my father and to the landscape where he raised me, I see him as a kind of shepherd and guide.” 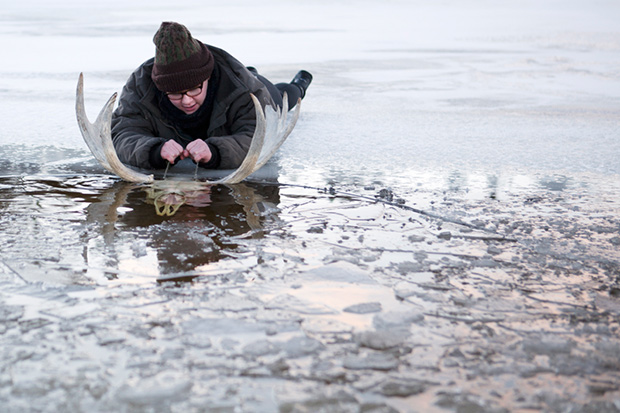 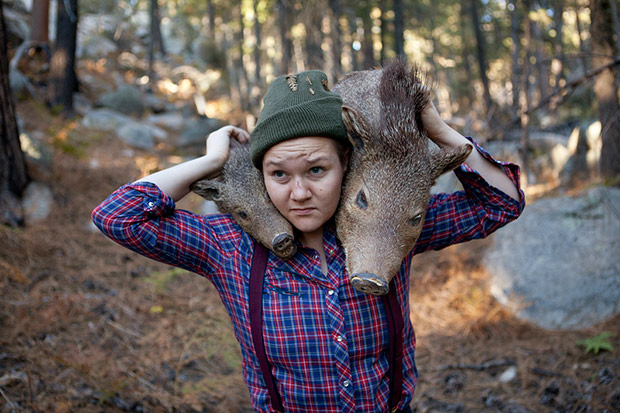 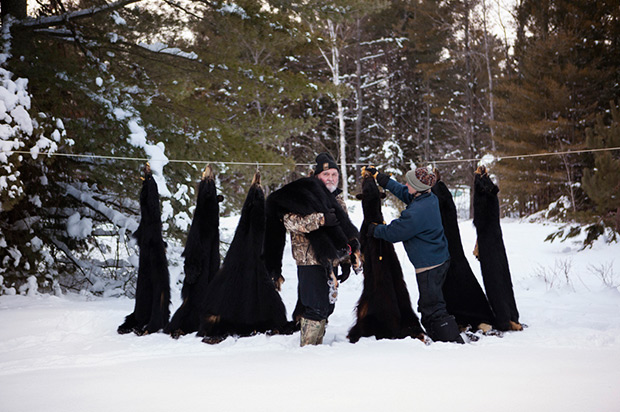 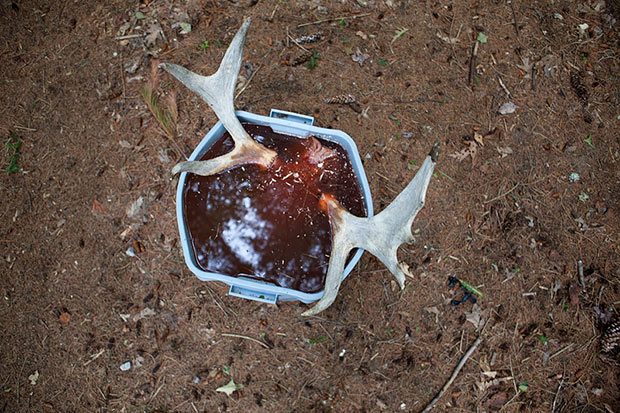 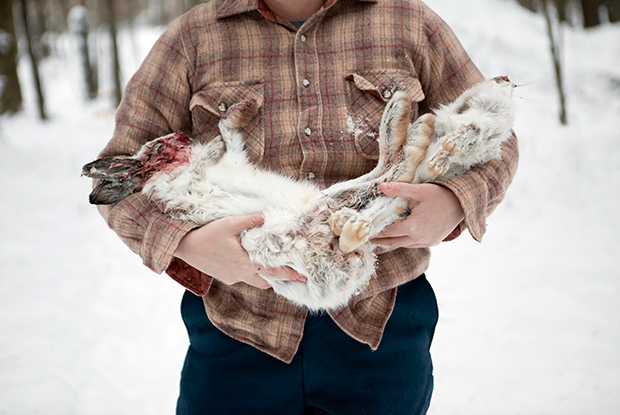 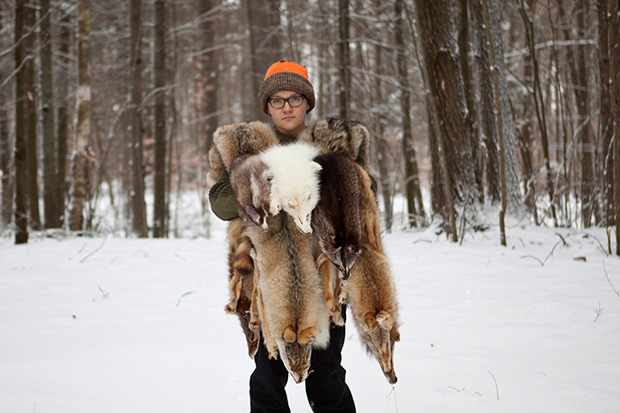 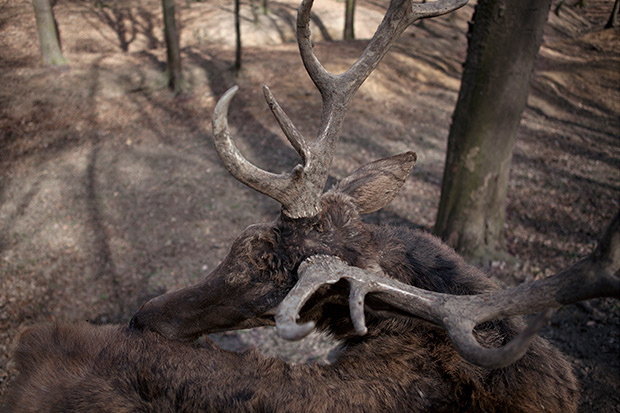 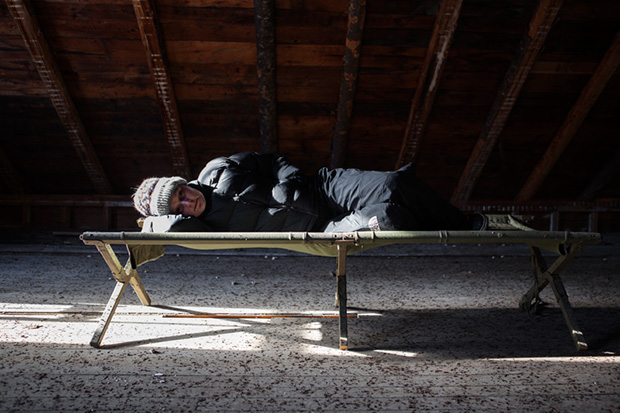 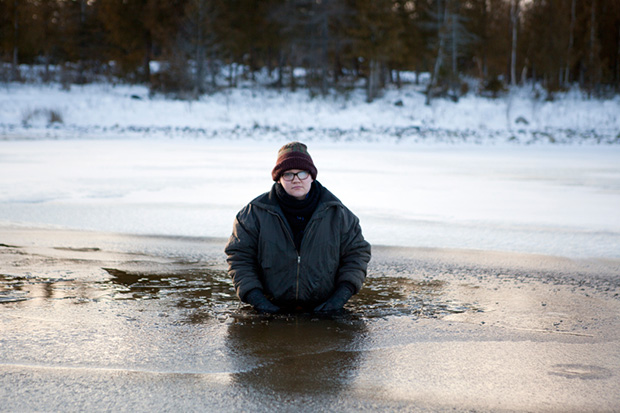