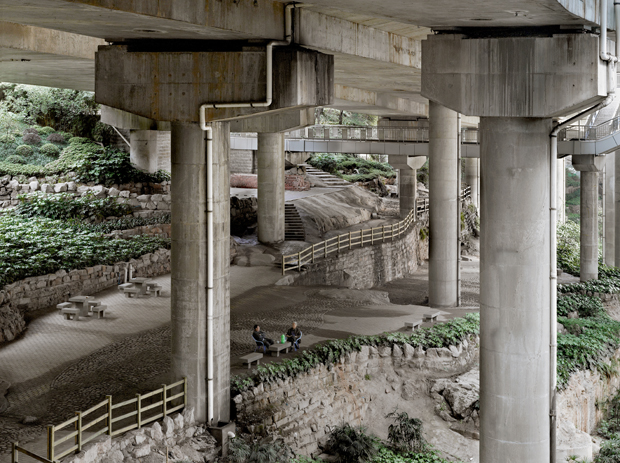 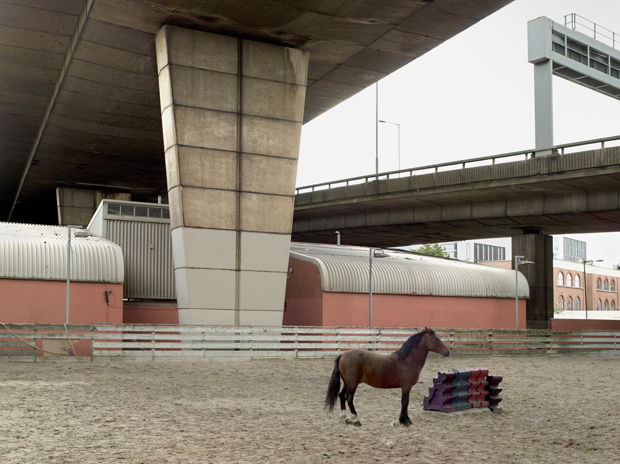 In cities across the world, the sight of concrete flyovers has become something of a normality – a testament to modern living.  In her latest project Skies of Concrete, Vienna-based photographer Gisela Erlacher has turned her lens on these brutalist structures which have come to dominate the urban landscape. Visiting countries the world over, as well as focusing on her home territory of Austria, Erlacher also found these flyovers appearing in rural regions. They cross rivers, playgrounds, horse paddocks, and in parts of the Alps they’ve even been transformed into high rope courses. In one image, a restaurant sits tucked in the crevice of a bridge illuminated by little electric lights, in another a couple of men recline in deck chairs as if at the beach, enclosed on all sides by the concrete pillars supporting the highway.

In all these places Erlacher uncovers the similarities that exist in these ‘non-spaces’ and the way in which people adapt to the intruding blocks of concrete, clinging onto what is theirs. Meanwhile streams of life pass overhead, unseen cars and pedestrians aloft and disconnected from the activity on the ground beneath them. 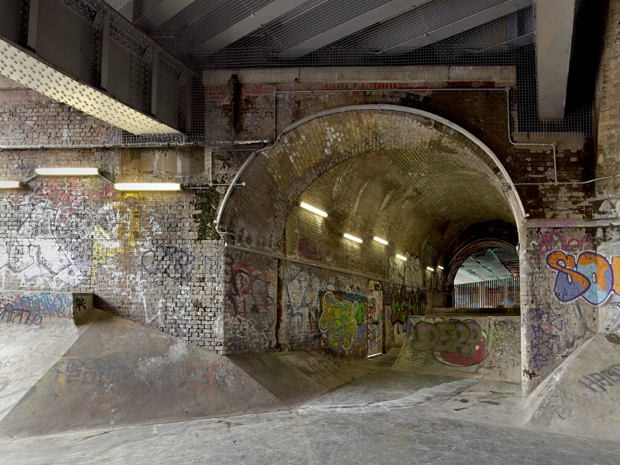 Where did you get the inspiration to begin this project?

“Not far from my home, there is a house whose roof sits only a few meters under a highway bridge. When the street was redone, they built a second bridge on the other side of the house – again, only a few meters away. Ever since, this house has stood there, wedged between these two bridges. But the inhabitants stayed. I was deeply touched by that. This kind of protecting roof, with the garden and front yard underneath, resembled something archaic or archetypal in my eyes.”

The photographs appear to have been taken in lots of different places across the world. Where did you travel to on this project?

“I encountered the same topic again during a visit in Chongqing. I actually went there with the intention to focus on an entirely different subject. But I found so many fascinating under-spaces (the hilly terrain is bridged over with monorail lines), that I decided to continue working in that direction. Chongqing I visited in 2011, Shanghai in 2013, and London, the Netherlands, and different places in Austria in 2014.” 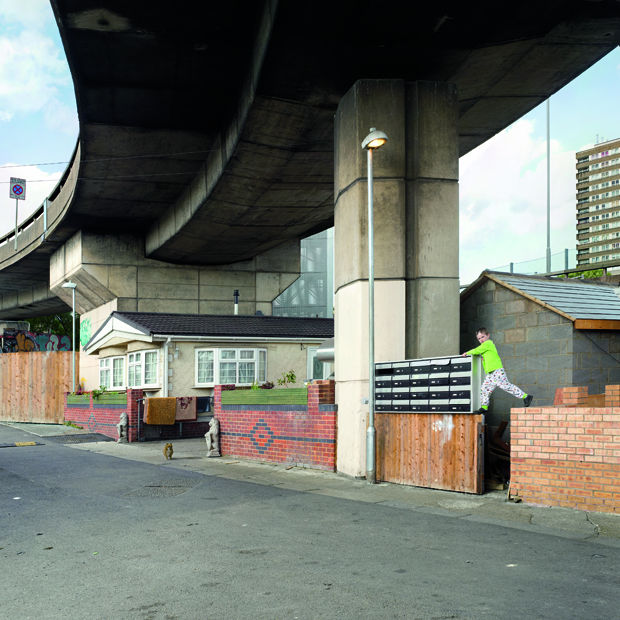 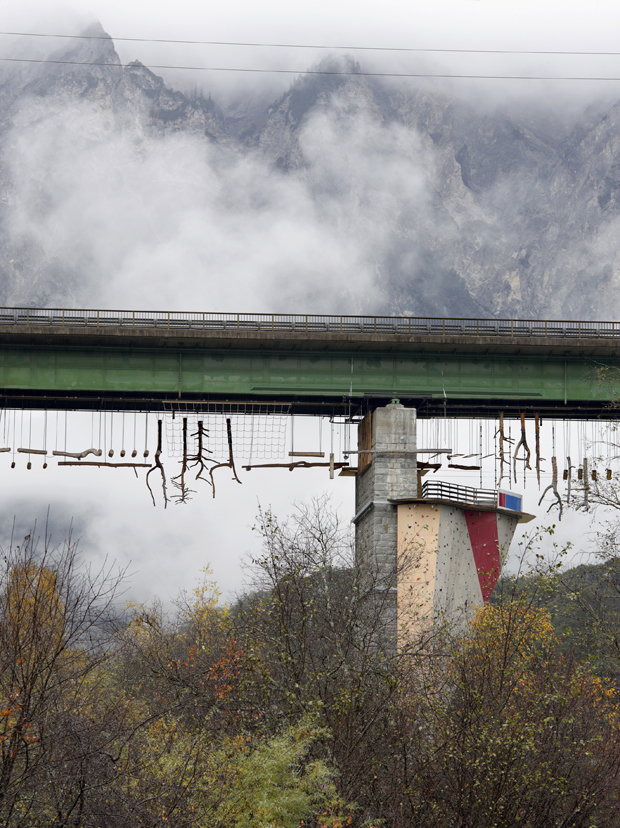 In what ways do you feel these bridges have impacted the landscape and the lives around them?

“Municipality districts and neighborhoods have been separated in parts by new highways. Using the under-spaces can reunite them.”

How did you locate the bridges you wanted to photograph? Did you just stumble across them?

“The beginning was in a way by accident but when I decided to follow this topic, I used Google Earth and city maps to find promising situations among the city highways of Shanghai, which are often stacked upon each other in several layers. The next step was to visit them and decide on a standpoint and angle. The immense growth of the last twenty years there has produced a density that is rarely found in Europe. So I rediscovered the topic of under-spaces for myself during these travels and re-imported it from there to Europe.” 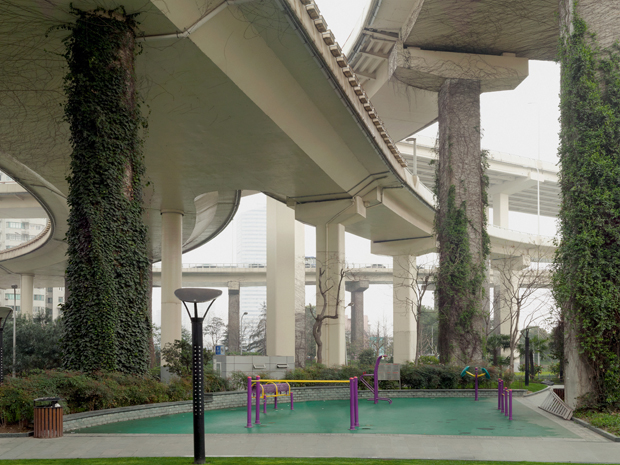 Is there a particular message you want to get across in this series of images?

“I myself became conscious of the enormous changes that our cities and landscapes experienced during the past four or five decades of motorization, and that functionality seemed to have obviously been the main priority. Now we (and future generations) need to come to terms with the consequences.”

Skies of Concrete has now been made into a photo book (published by Park Books) and can be found here. You can also view more of Erlacher’s work on her website. 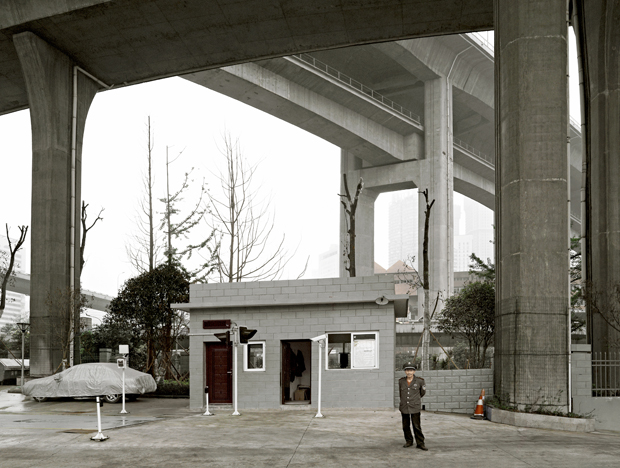 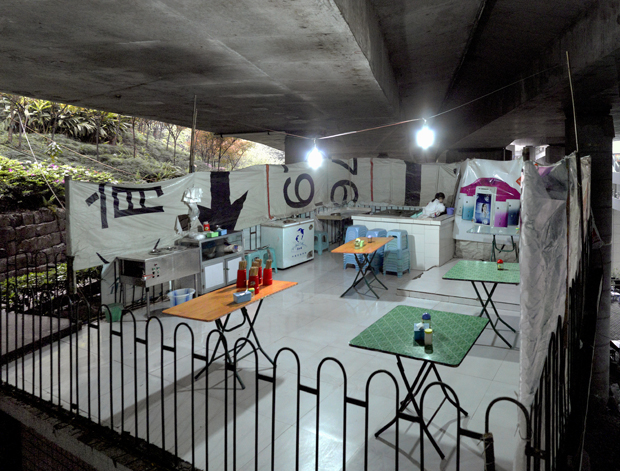 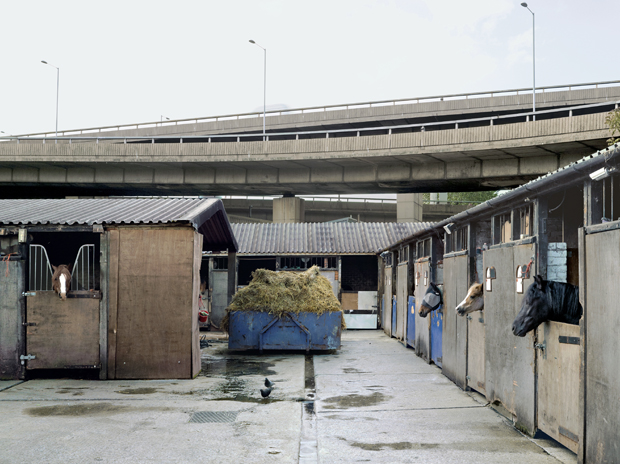 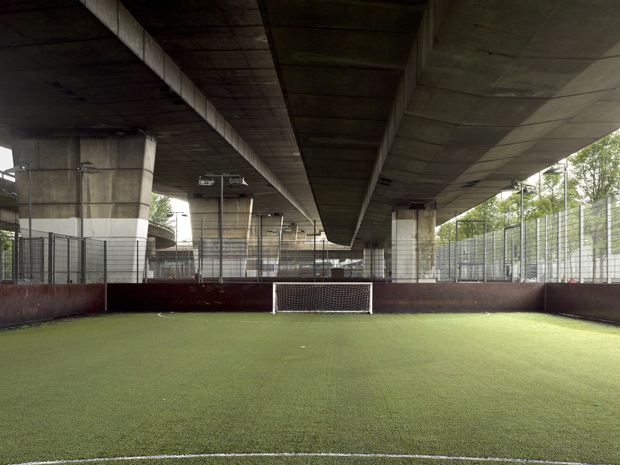 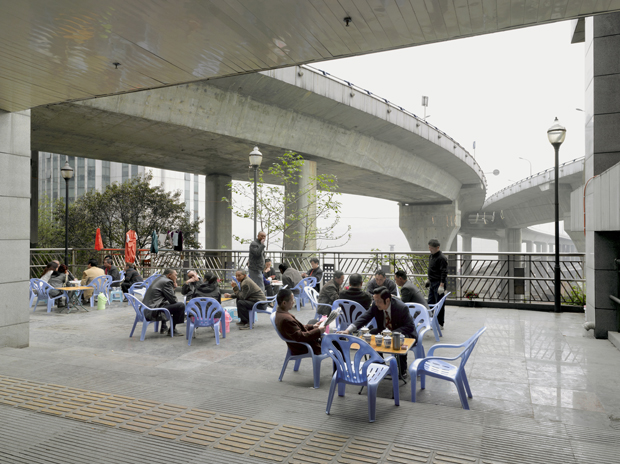 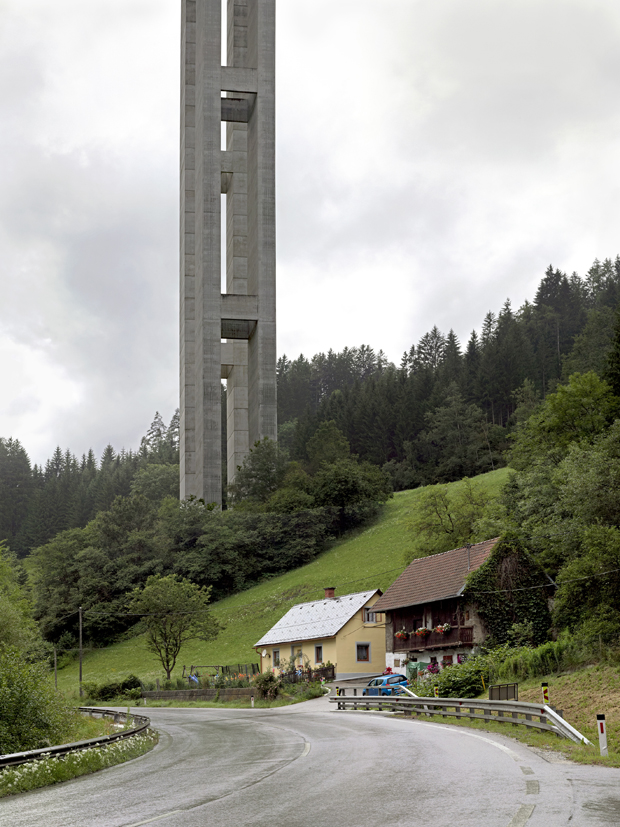