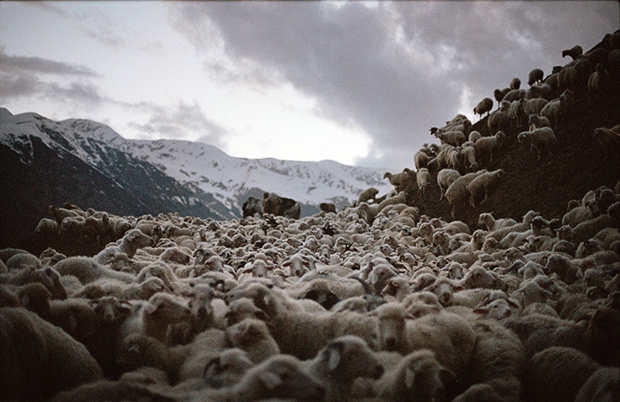 Photographer Dmitry Gomberg lived for five years amongst a community of shepherds in the historic region of Tusheti in northeast Georgia. Beautiful, yet unforgiving, the region is located on the northern slopes of the Greater Caucasus Mountains, a world frozen in time, trapped between the ways of the Soviet Union and the new socio-economic conditions that came with its dissolution.

Each year, the shepherds go through an exceptional journey leading their massive flock from the winter fields to the mountains in order to ensure the animals’ survival.

The odyssey is one of many dangers, ridden with predators, treacherous rocky slopes and extreme temperatures. It’s an arduous excursion that claims the lives of many sheep and men alike.

Throughout pictures of dreamlike landscapes and candid stills of mundane life, Gomberg has managed to paint the relentless and inevitable cycle of life and death. His portraits offer us an intimate, almost voyeuristic view into a unique community that exists in century-old tradition amidst a modern world.

“The Shepherd’s Way” is a lush work that invites us to draw the parallels between this rustic lifestyle and our own way of living.

I understand you picked up photography when you were already an adult in your mid-20s. What were you doing before that point in your life, and what made you pursue an artistic career?
“Yes, I was 24 when I picked up the camera for the first time. I was studying Hydrogeology at Moscow State University. Then I moved to New York, where I tried different jobs. My first camera was given to me by my boss in the Czech Republic where I went to work as a hydrogeologist for a few months. He told me he felt I was bored, and gave me his old camera. I loved it from the beginning.” 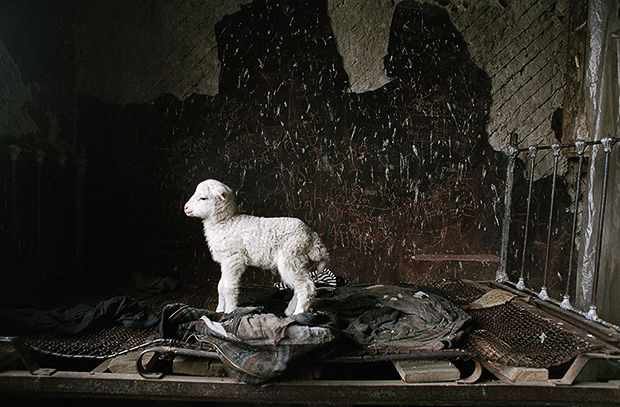 Are there any photographers in particular that have influenced your style?
“In the beginning, I was fascinated by Josef Saudek, afterward by Josef Koudelka. Not only for their style in photography but their way of living. Both of them are Czech. I am also a big fan of American photographer Ken Schles, Brazilian Sebastião Salgado – I think he is a great person – and Roger Ballen.” 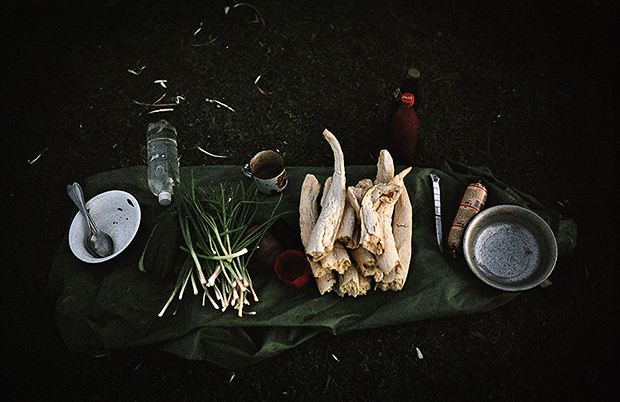 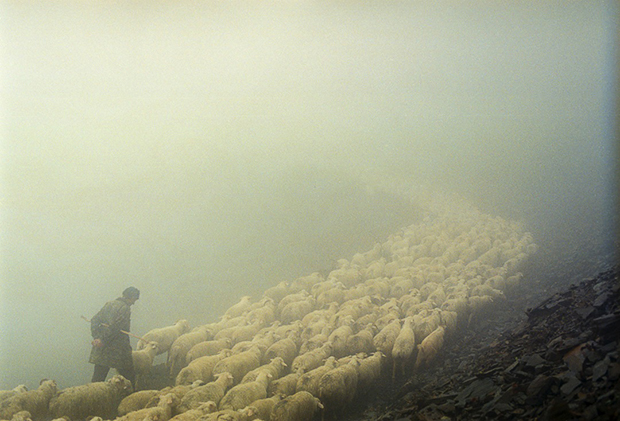 What gear did you use to make “The Shepherd’s Way”? What were the technical challenges you faced working in rural Georgia?
“In the beginning, I had an old Nikon FM2 camera with two lenses: 50mm and 24mm. With that camera, I had no challenges. It worked in the snow and under the rain, a really strong camera. The only challenge was to carry all that film around, and where to buy it when I ran out. In the end, my relatives bought me a Leica M6 with a 35mm lens as a birthday gift. The camera is not as strong, but I love it for many reasons.”

Do you think the lives of these communities have changed for the better after the collapse of the Soviet Union and the increasing process of Westernization of Georgia?
“This is a tough question. What I will tell you is my personal opinion. They lived a better life, and the community was in better shape during the Soviet Union than now. But at the same time the Soviet Union killed the progress, many farmers lost their love for the land. Love for cheesemaking.

“They were eating meat every day during Soviet time, just because sheep “accidentally” died from diseases and so on. Now when they owe it, that can’t behave the same way.

“Also, Tusheti is very close to Chechnya. Now the border closed their relationship. The 90s were also very tough times with bandits and so on. Shepherds used to hire a truck full of soldiers to accompany them. Anyway, the point is that the Soviet Union destroyed farming in general and now it’s very tough to get back on track. The tourism increasing rapidly in the last years and it brings new challenges for the region and its people.”

How was a typical day making “The Shepherd’s Way”? How did you sustain yourself financially while working on the project?
“It depends on the situation; whether we were on the road or not. But typically I woke up at 4am, the same as other shepherds. On the road, I was helping guys to look for sheep or horses and I was taking pictures whenever I could. When we were not moving, I was taking pictures in the morning and in the evening.

“During the day, I was walking around, writing or talking to someone. On the road, we woke up at 4am, there were two guys with horses, they would take care of the camp. In between the seasons, I would fly to Russia to take some portraits for money. That was my source of income.”

What is the target audience for “The Shepherd’s Way”?
“Well, I never thought about it. I am, and was, doing it for myself.”

You initially planned to self-publish your book via Blurb, but now you’ve decided to go with a publisher. Can you tell us about this process and why you chose to go with a publishing house?
“Yes, I made a couple of Blurb copies just for myself and my family. I was going to do more for those of my close friends and relatives, who will have an interest in it. But now, as I get some attention from the public through Instagram and Facebook, I’ve decided to do the book properly.” 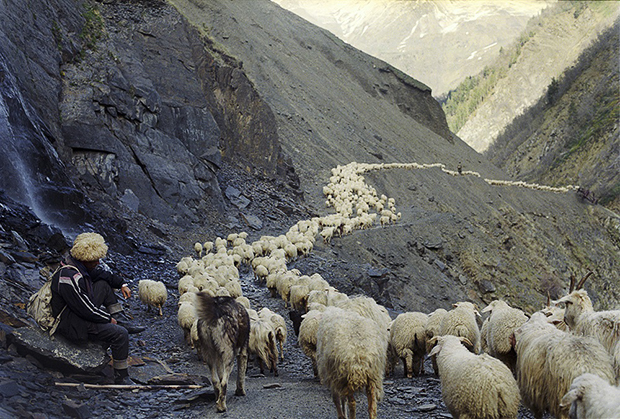 Now that you’re back in New York, is there anything you miss from life in Georgia?
“Actually, right now, I’m back in Georgia. I’ve been here for two months. I still remember the feeling when I was standing on the fire escape in the printing place in New York. It was in midtown and around me were skyscrapers, and I thought: if one of my shepherds would be here with me, he would think that he traveled in time, or to another planet.

“I don’t think I will ever settle.” 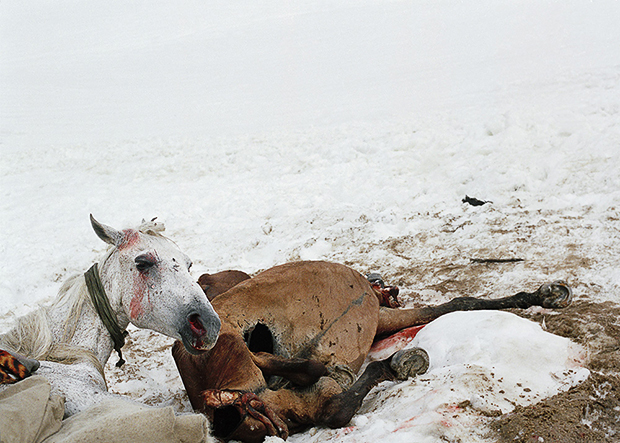 To you, what makes a ‘good’ photograph?
“Another hard question. For me, a good photograph is when feeling, geometry, and color (when it’s a color photograph) all come together. When is just a composition, when I don’t feel any emotions from the photograph, then I don’t like it.”

What is the easiest way for the public to acquire your book?
“Through my Facebook (@Dima Gomberg) and Instagram (@dmitrygomberg). I am also planning to start a Kickstarter soon.” 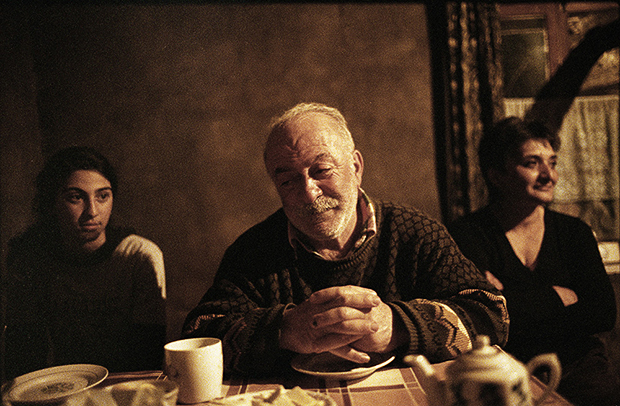