Portraits of ‘The Searchers’ Examine Western Spiritual Tourism in India 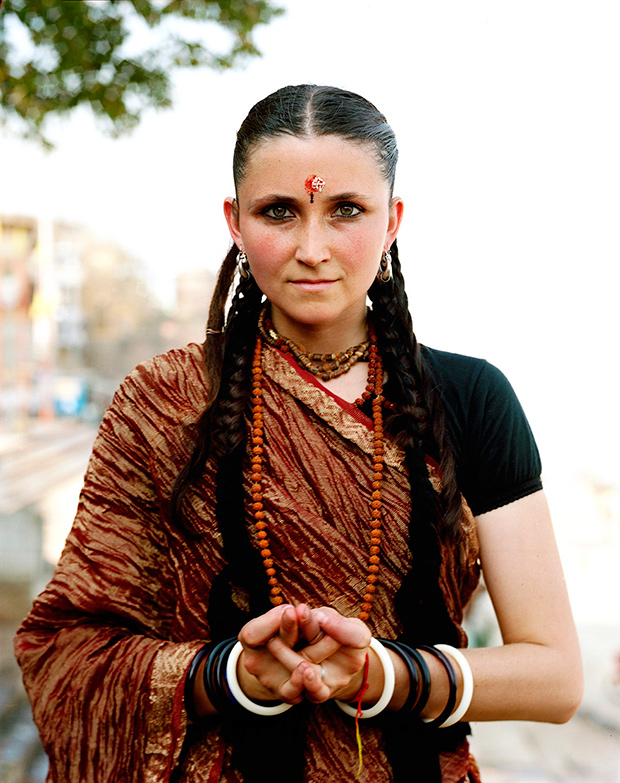 American Shiva devotee, high on ritual hash during the Night of Shiva festival (Varanasi, India), from The Searchers (Part II) 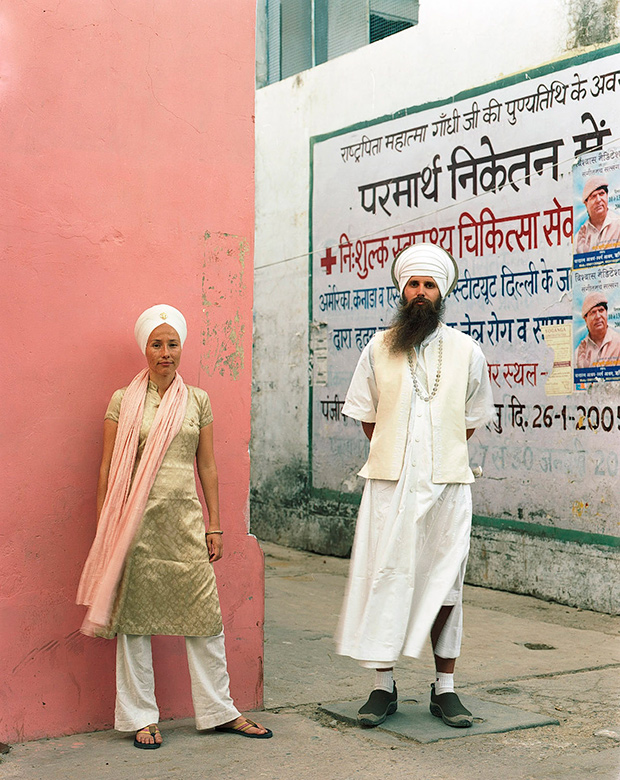 Mexican Sikh and her German husband (Rishikesh, India), from The Searchers (Part II)

For their project The Searchers, Brooklyn-based photographers Sasha Bezzubov and Jessica Sucher spent an entire year documenting Westerners who go east in search of enlightenment. The three-part project examines three aspects of this vast industry that generates considerable revenue while still being relatively cheap for the Western “searchers.”

Via email, Bezzubov elaborated about her and Sucher’s project: “We had both spent time in India before working on this project. We also were already familiar with some of these spiritual communities and were spiritual searchers ourselves. I had done a three-month meditation retreat in a Buddhist center prior to working on this project. So our position from the start was this insider/outsider place from which our analysis derived.”

About the three parts of the project, which cover slightly different aspects of this subject, Bezzubov writes: “We wanted to address the phenomenon of utopian communities in India that cater to spiritual Western tourists from a critical point of view. A sort of anthropology of tourism. But as we worked on the project, we began to encounter Westerners that didn’t fit our narrow definitions of nomadic spiritual searchers. These were people who made a more permanent (if that is the right term) commitment to a spiritual discipline and spent a large portion of their lives in the pursuit. We found many of these people genuinely inspiring and wanted to do something that would offset or almost contradict the thesis we were constructing in The Searchers I. This is how The Searchers II was born.” The first part examines the young Western traveler in search of a greater understanding. The second part addresses those Westerners who made this way of life a more permanent part of their existence, relocating and dedicating themselves to this practice or going so far as to live in isolation.

There is, of course, a difference between delving seriously into the practice of meditation—something the world’s population would no doubt benefit from—and donning another culture’s clothing in what could be perceived as an effort to zip-line one’s way to nirvana. It’s as if the holy experience is in the costume rather than in the practice, and the state of mind they’re legitimately in search of is being reduced to an inappropriate Halloween costume.—even if it’s not really the case. What role does wearing robes or a turban play in bringing the wearer closer to their goals? From the outside, some of them look like they’re wearing a Halloween costume—which is why, accurate or not, it also evokes “Columbusing,” the recently-popular term for the age-old practice of cultural appropriation. And yet, this is all a part of Bezzubov and Sucher’s examination of the subject, and it is their openness to and acknowledgment of this implicit facet that makes this series so engrossing and appealing. 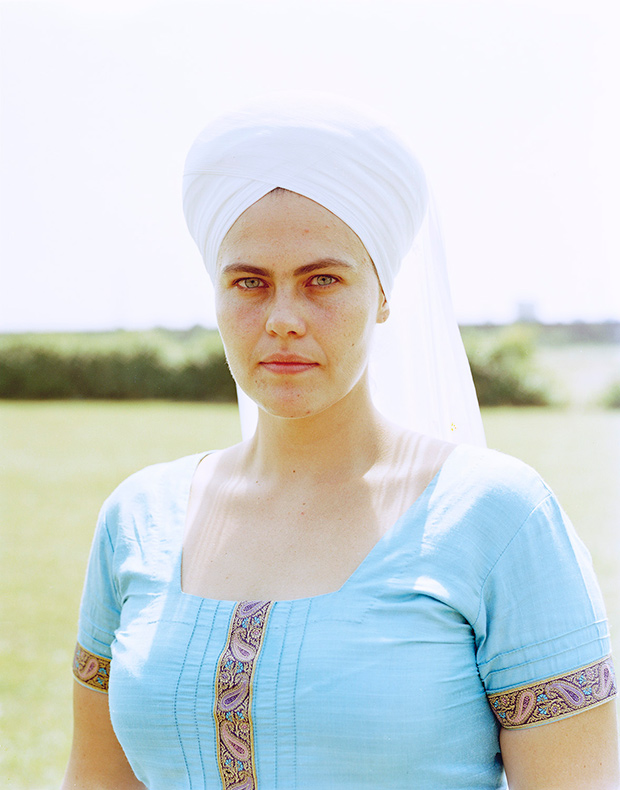 Christina, Canada (Amritsar, India), from The Searchers (Part I) 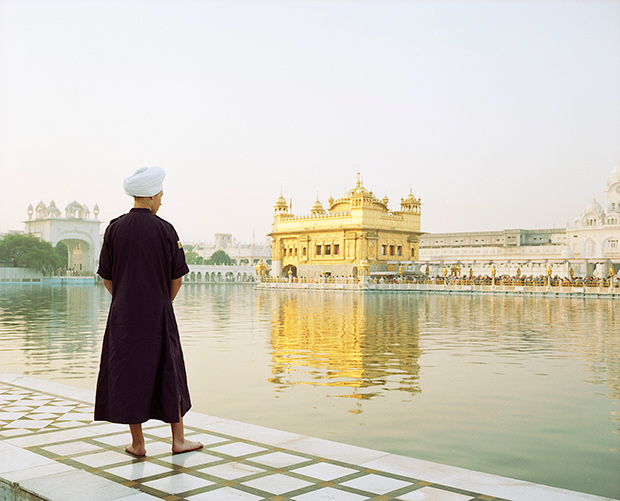 American Sikh at the Golden Temple (Amritsar, India), from The Searchers (Part I) 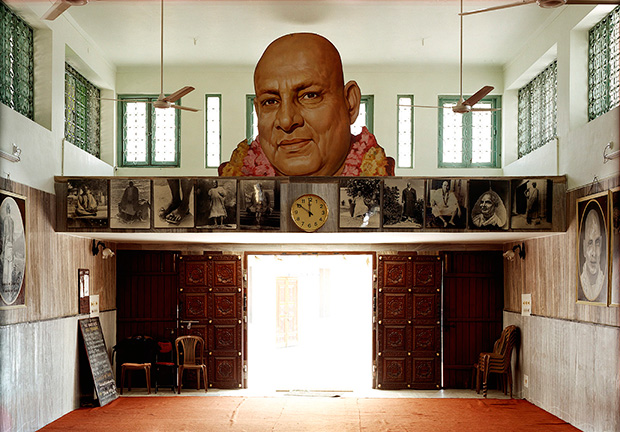 Temple dedicated to Swami Sivananda (Rishikesh, India), from The Searchers (Part I) 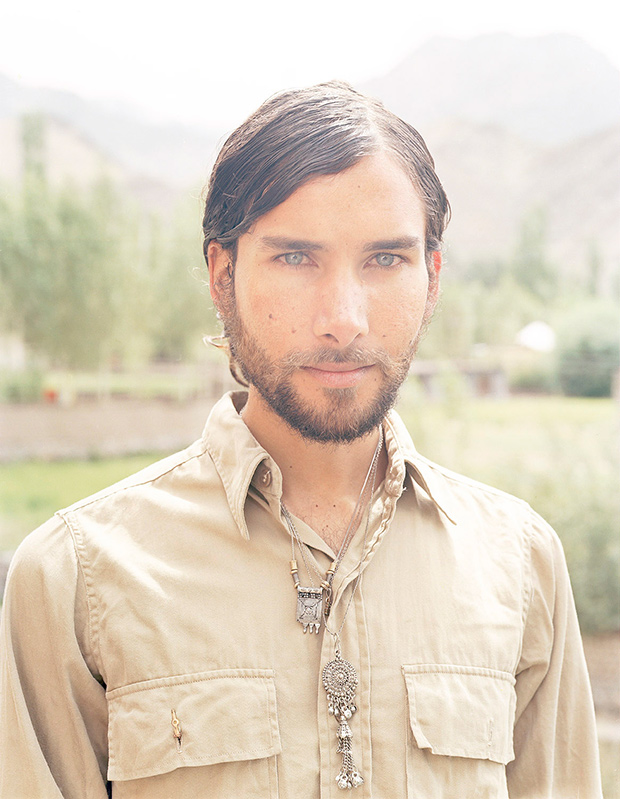 Ajitt, United States (Leh, India), from The Searchers (Part I) 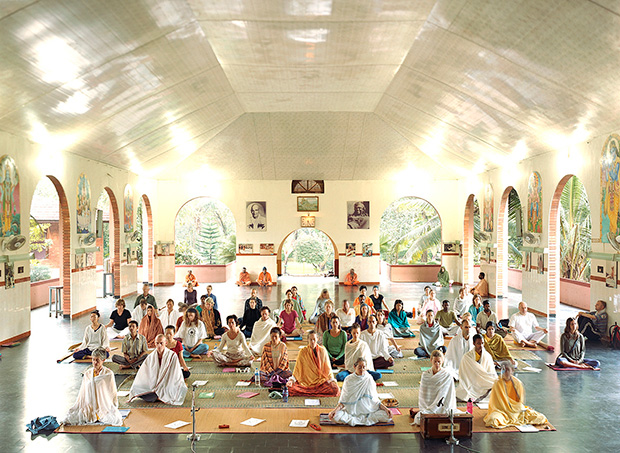 Sivanada Yoga Vacation (Kerala, India), from The Searchers (Part I) 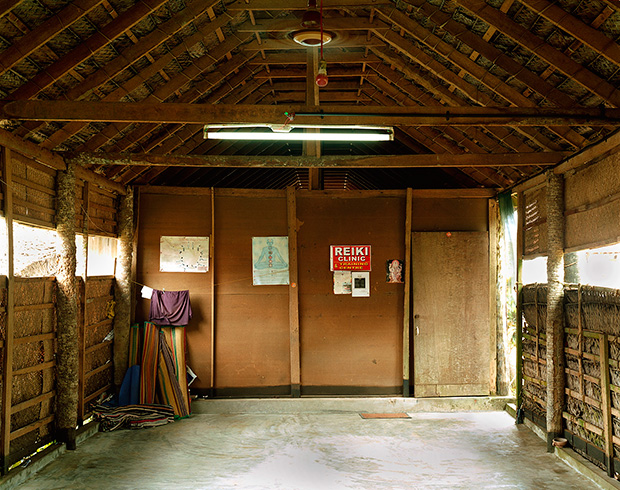 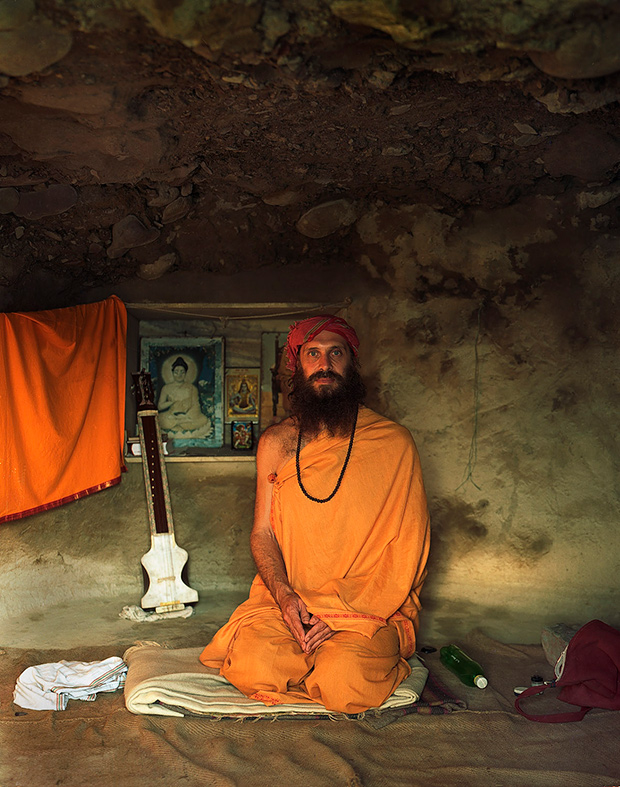 American sadhu in his cave (Rishikesh, India), from The Searchers (Part II) 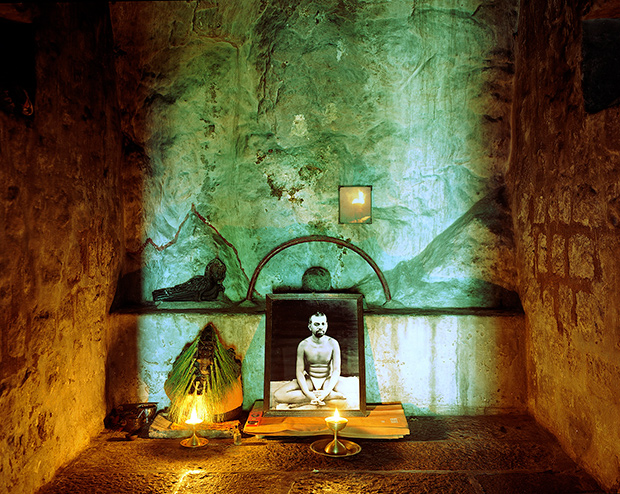 The cave where Sri Ramana Maharshi lived and meditated for 17 years (Tiruvanamalai, India), from The Searchers (Part II)