The Sacred Spirit of Cattle Captured in Beguiling Photos 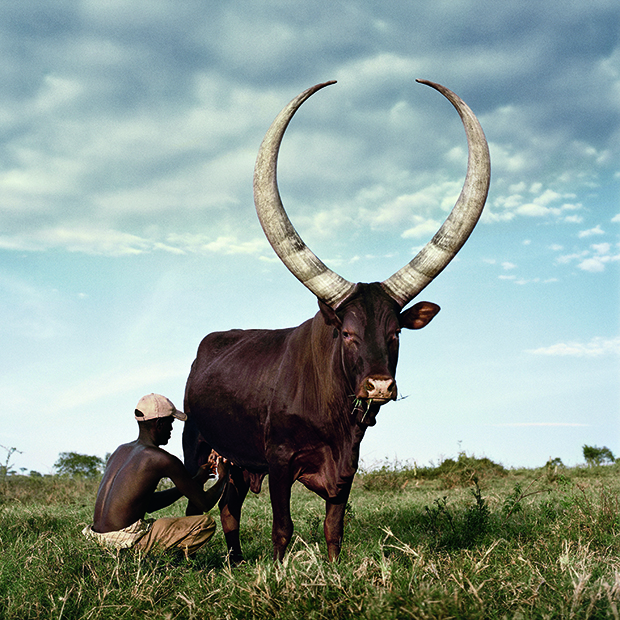 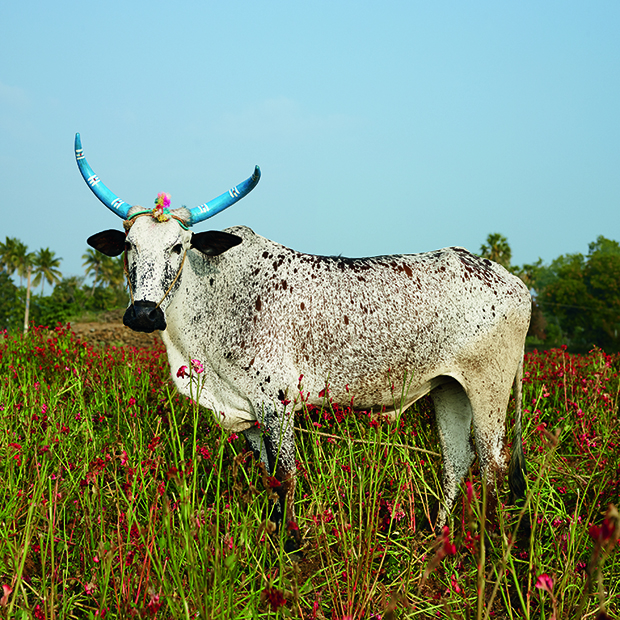 According to Hindu mythology, words whispered into the ear of a bull might be passed on to the gods. Guarding the temples of Lord Shiva are statues of Nandi the Bull, the dear companion and mount of the god himself. Reaching down to graze the foot of Nandi brings the promise of fertility, and here on Earth, cattle are the rare and precious emissaries of the divine realm.

Sightings of the Sacred, a new book by South African photographer Daniel Naude, chronicles preternatural encounters with the cattle of India, Madagascar, and Uganda. It began in Uganda with Ankole cattle with their great, undulating horns, too often stripped by covetous hunters from the West. In his introduction to the book, Naude admits that his attraction to the creatures was not unlike that of the hunter in that he he too longed in some way to “possess” them and all their ineffable grace.

Still, Sightings of the Sacred is not about mankind’s will to command cattle as much as it is about their innate and unspoken sanctity. Naude’s photographs, despite their inherent longing for closeness with the animals, contain not a shred of violence or indignity. He is not in the end a hunter but a confidante; each portrait, he suggests, captures the soul of each particular creature, his own secret hopes and mediations.

While humans can be told what to do and how to sit, the cattle could not be so easily governed, and indeed, the photographer describes his sessions as a “merging” of himself with his four-legged heroes. Here, humankind has no reign over the cattle, though that’s not to say that the noble creatures are entirely invulnerable.

Naude’s cattle are both exalted and delicate. Those present at the Mattu Pongal festival in India are honored and adorned, but the knowledge that the Ankole of Uganda might well be extinct in four decades’ time looms large. The Zebu of Madagascar spent their lives in service of man, pulling carts and ploughs, and when their masters die, they are often sacrificed.

It seems as though the sacred cattle immortalized in this book could never be ruled by the laws of man, and still, by some mistake of fate, they have chosen to live amongst us—as servants, as companions, as deities from somewhere unknown. 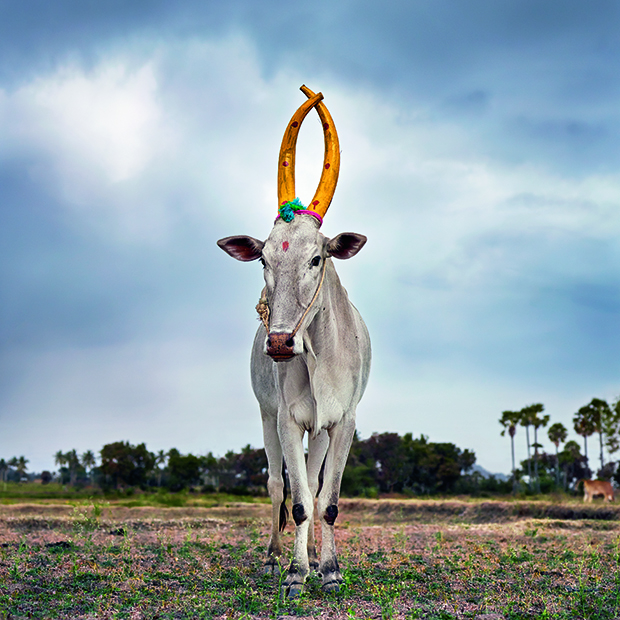 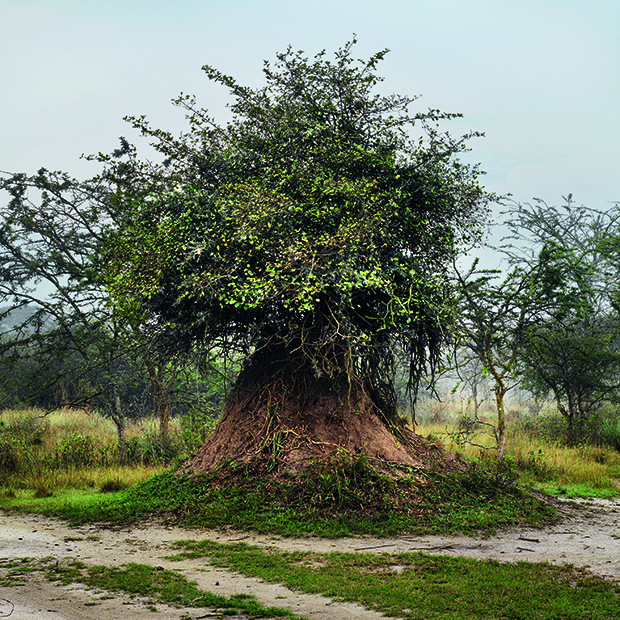 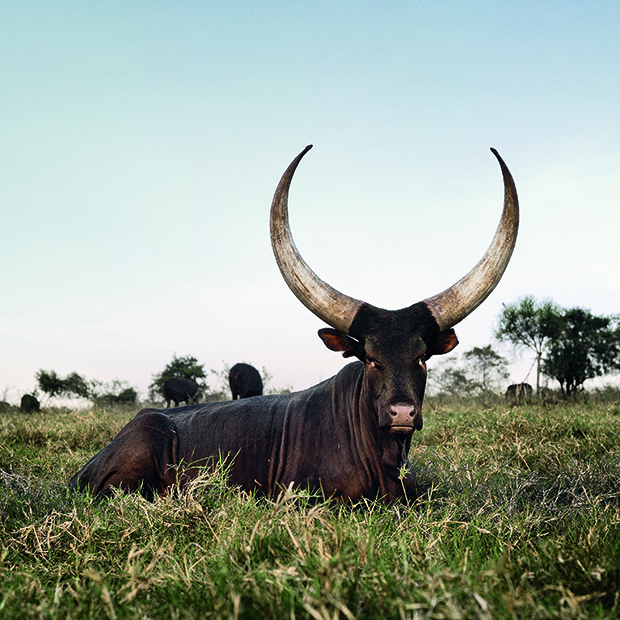 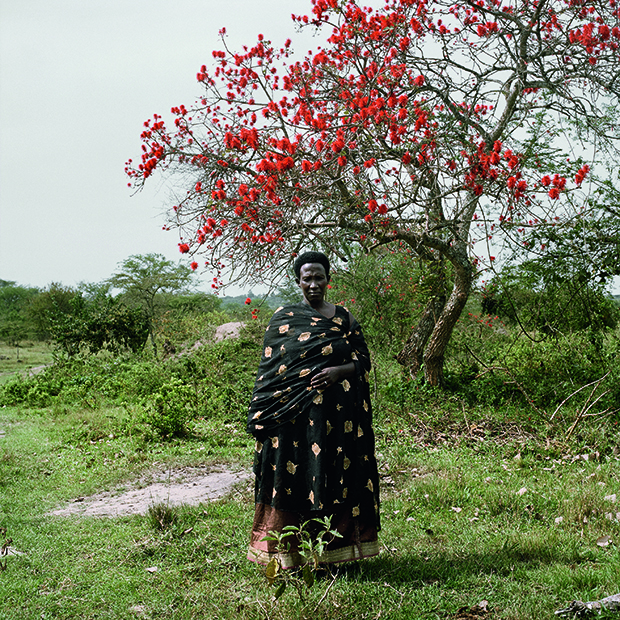 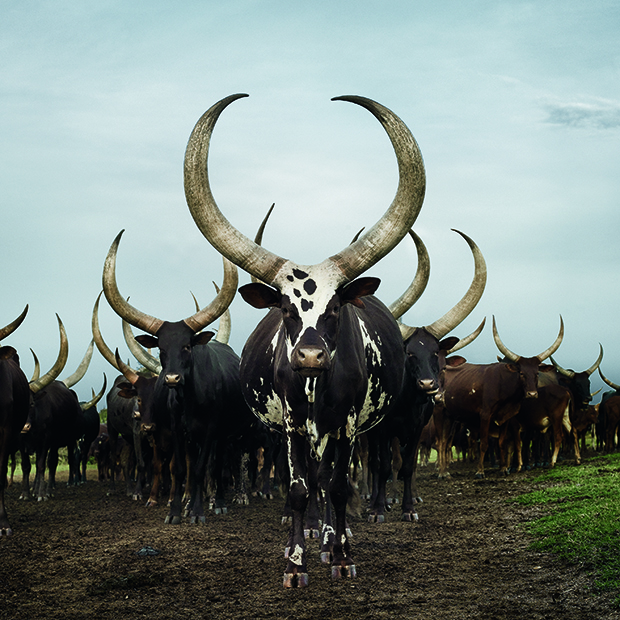 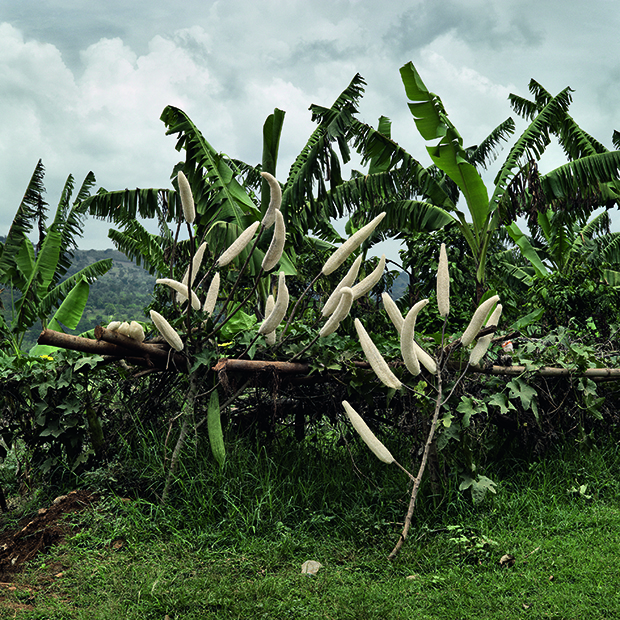 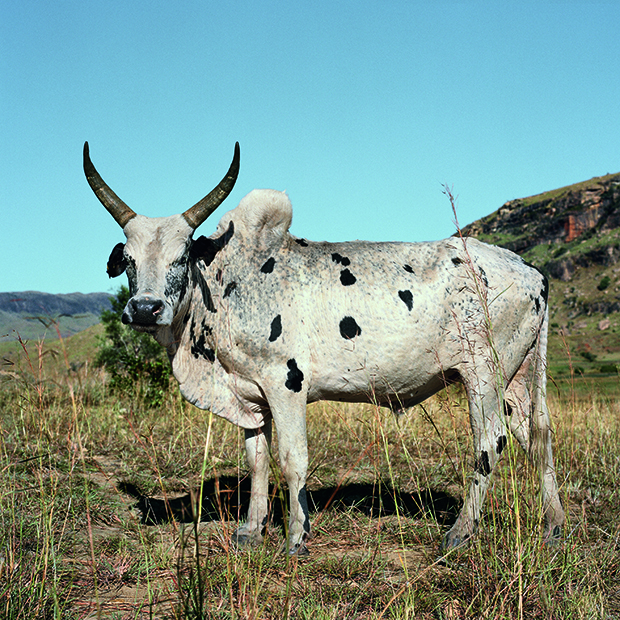 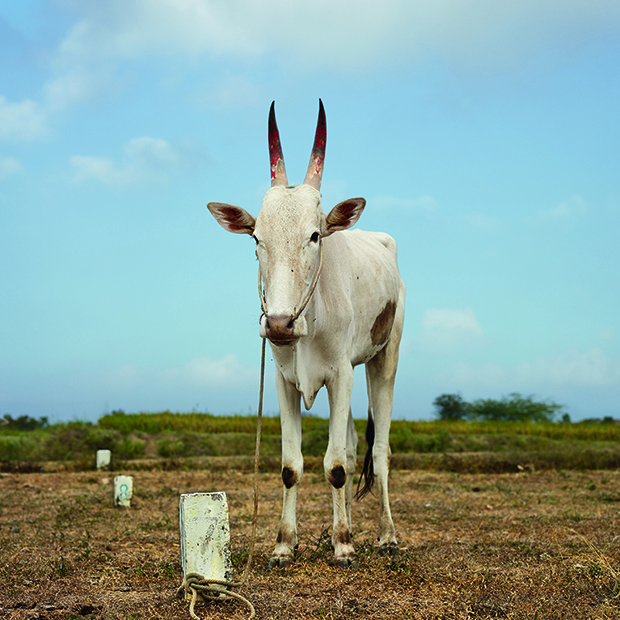 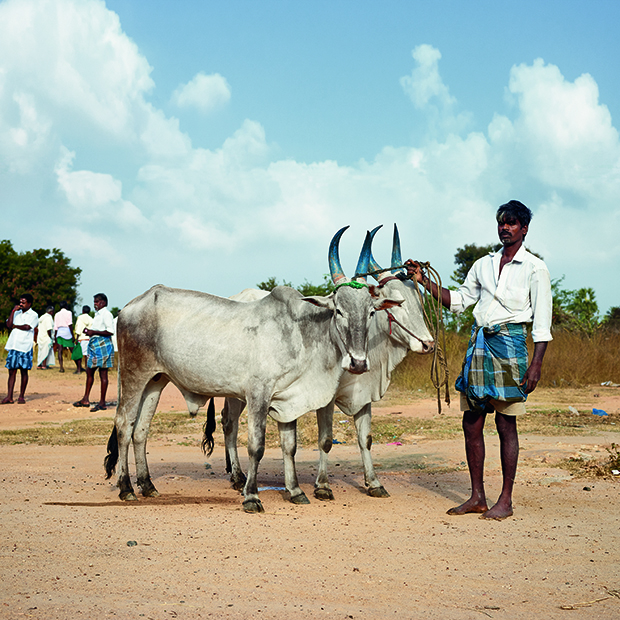 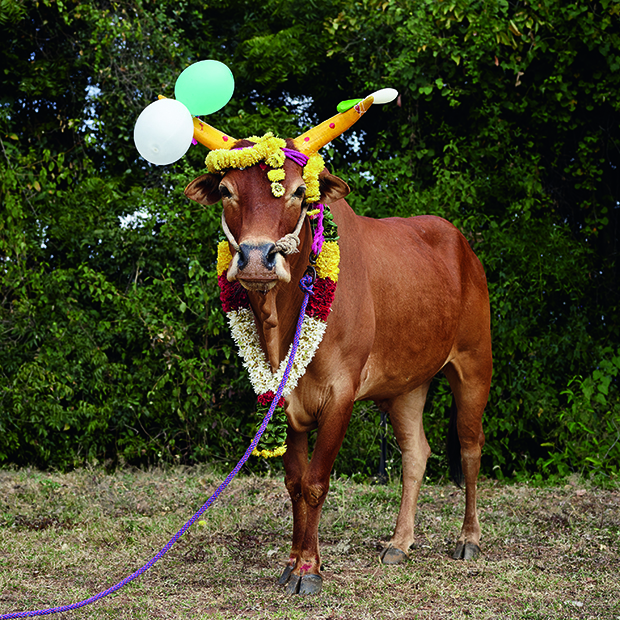 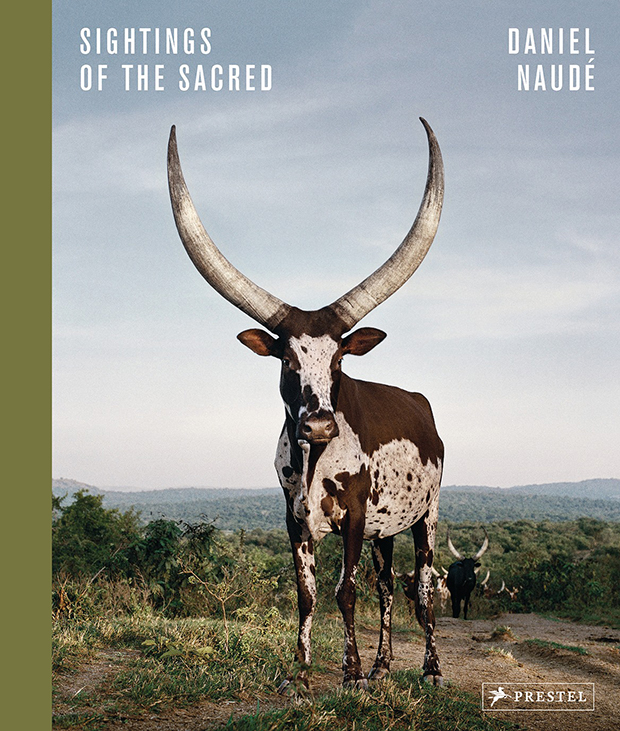