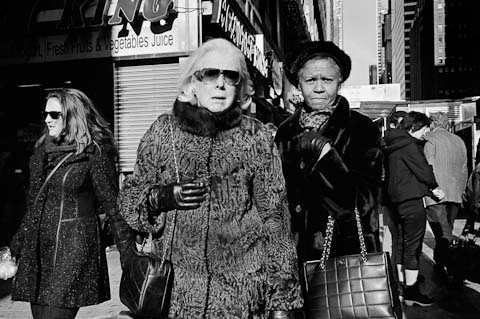 I often relish the moment when someone locks a gaze with me. There is an awkwardness, confusion and unpredictability during this acknowledgment of the other—me, a stranger, suddenly doing what most people are taught not to do; staring. —Serge J-F. Levy

We recently talked to NY-born, Sonoran Desert dwelling photographer Serge J-F. Levy about his series Excuse me sir, did you just take my picture? 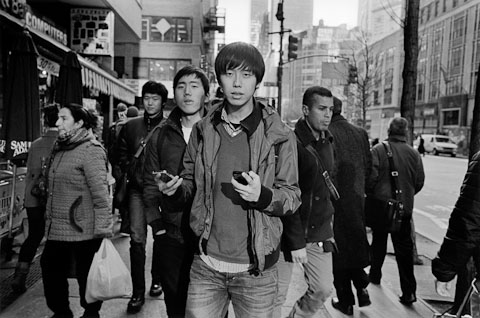 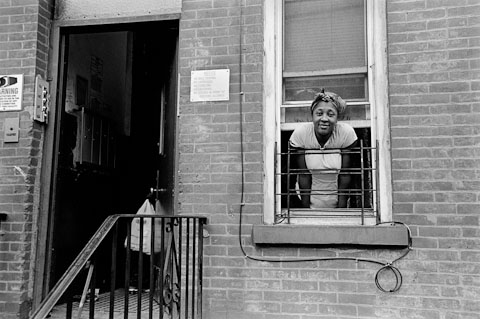 This project was shot in NYC, where you grew up, and Brooklyn. Do you feel you could be giving off a tenor that subconsciously creates a bias in your subjects that otherwise wouldn’t exist if you were not a native?
“Just like anyone else, I’m a product of my environment. New York City breeds a certain brand of callous, caution, and stone/hardness. For many that attitude is superficial; it’s a façade housing a gushy and tender interior. I think many of the people in my photographs are responding to my exterior; an exterior that has been constructed by being born, raised, and digested by the streets and people of New York City. And if you look carefully at my photographs, there are a few people in my images who are tender or sensitive enough to penetrate that exterior.” 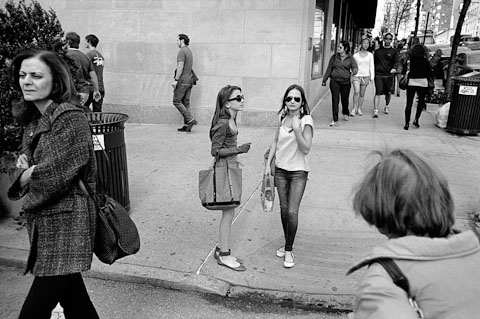 Many photographers make a point of not engaging directly with their subjects, yet it seems as if you are situated directly in front of them. Some of them appear provoked—reacting to interference. Was this your intent?
“I would hate to provoke someone. In my various bodies of work, I have come to discover that one of my core interests is how I am present in my work. Years ago when shooting in the streets I would release the shutter only milliseconds after raising the camera to my eye. The speed usually afforded me a composition where my subject was fully engaged in a world or activity that was mostly oblivious to my presence.

“But in Did You Just Take My Picture I raised the camera to my eye and waited until the subject recognized my presence. In that time I allowed myself to feel the tension and excitement peak just as I would press the shutter. It’s not easy to lock gazes with a stranger and paradoxically even less so when my camera is in between us. The document of that moment experienced between me and one of the eight million inhabitants of New York City is invaluable to me; even the outtakes. It’s an acknowledgment of life…of being alive.” 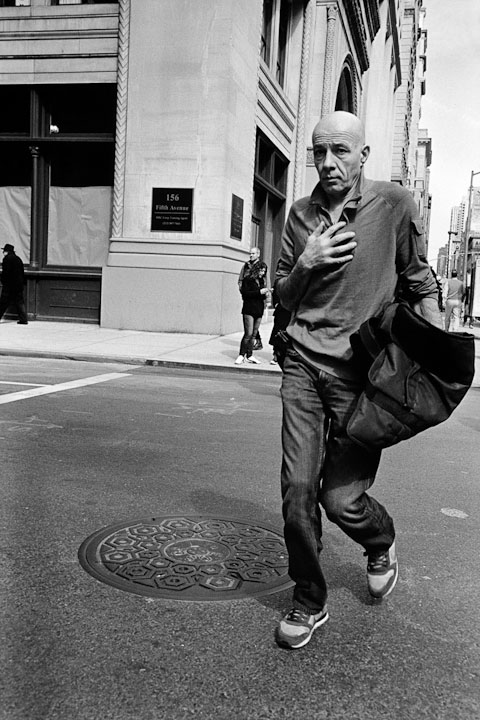 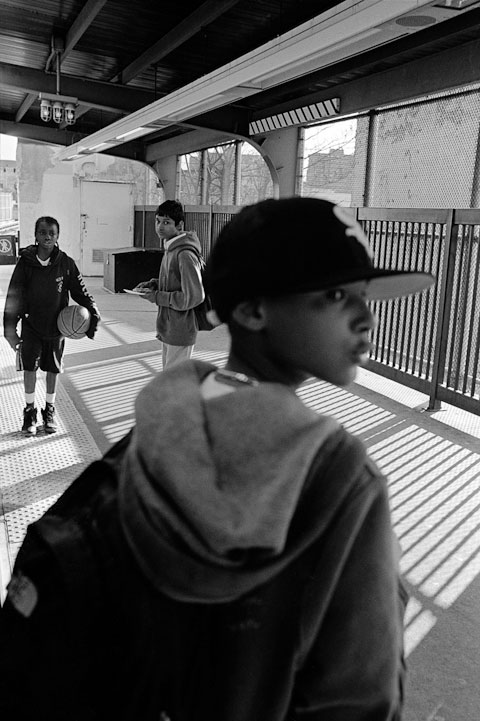 Would you say your subjects are responding to your demeanor, or could you be responding to theirs?
“Both. I don’t walk down the street and jump in front of random strangers. There’s usually some morsel that inspires me to try working the moment. That could be a person’s gait, their facial expression, their attire, or even something as nebulous as someone’s attitude. In that case I am responding to their demeanor. But given that I am white, 6 feet tall, keep a clean shaved head, and have a camera around my neck, I am inevitably also evoking responses from people around me.” 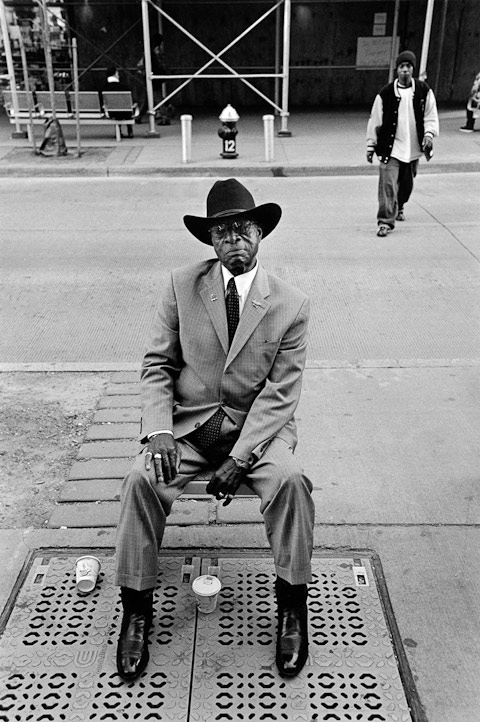 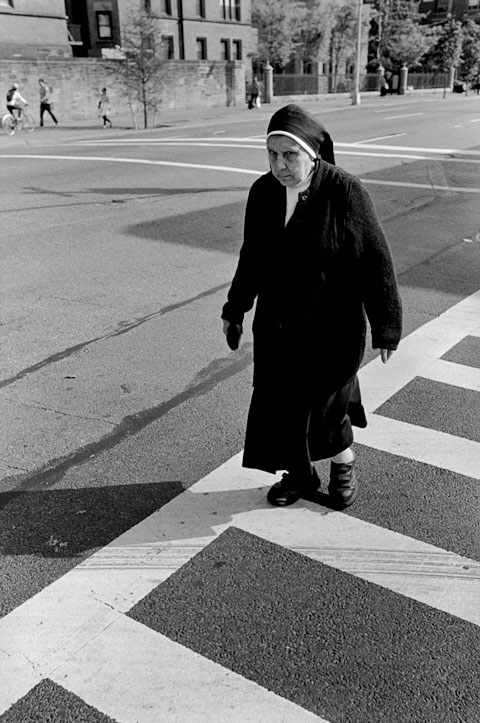 What was the most seductive aspect of this project for you? The surveillance, the level of discord, the moment of truth?
“Street photography reminds me a bit of what I have read about the action painters of the Abstract Expressionist movement or what I observe in improvisational modern dance. I think that the process and what it reveals to me in the moment while shooting and later when reviewing my negatives is the most seductive aspect of this project.” 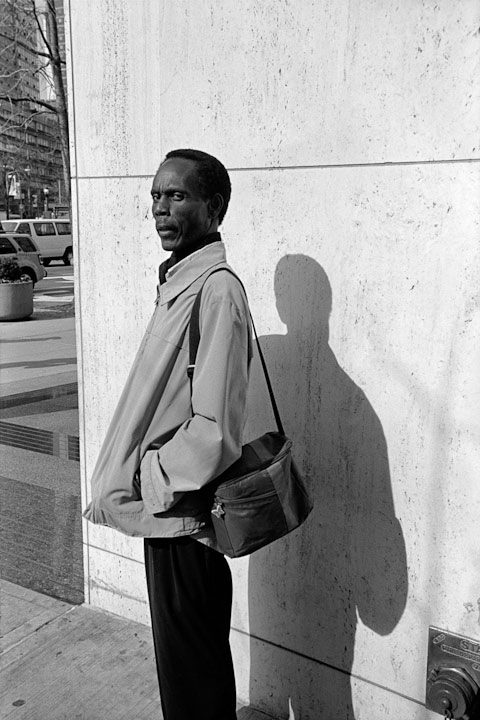 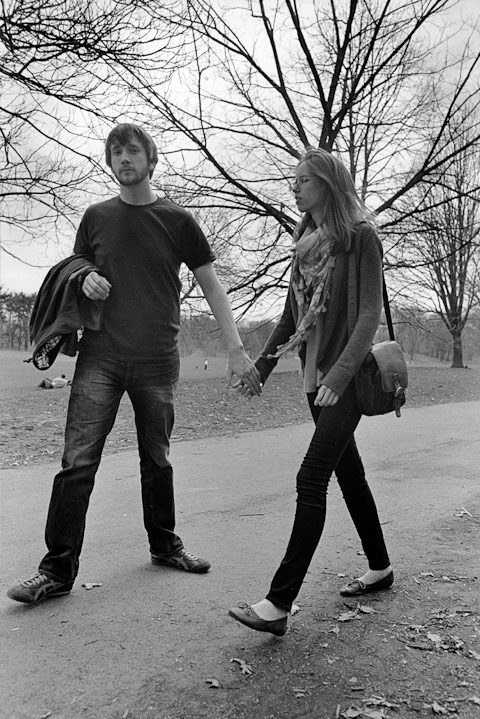 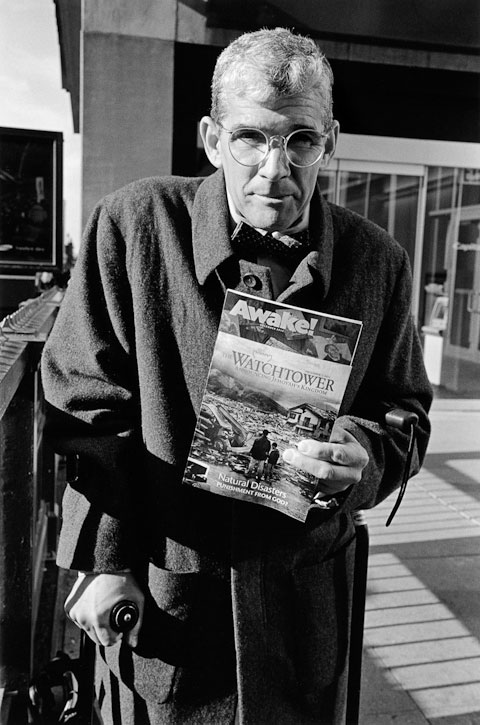