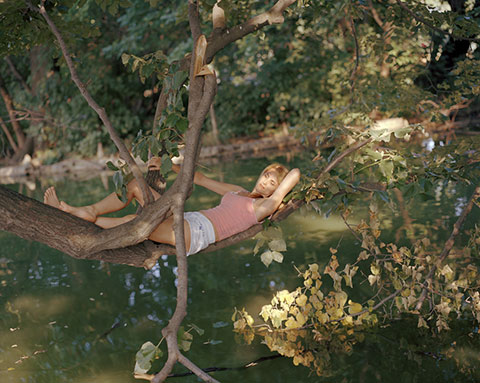 Irina Rozovsky is a fine art photographer living in Brooklyn. Her series In Plain Air captures everyday people in moments of leisure in Prospect Park. We recently talked to her about the work. 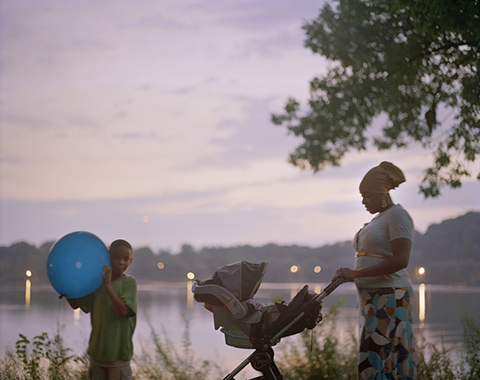 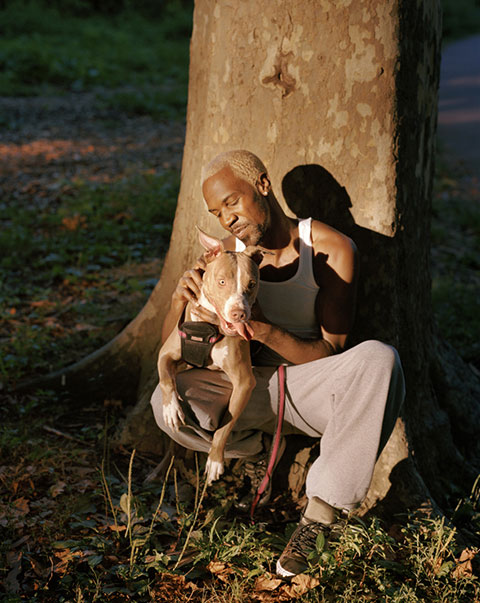 What made you choose people relaxing in Prospect Park as a subject?
“The project announced itself to me one evening when I was on a boat on the little man-made lake in the south part of the park. It was an epiphany. Here was this Garden of Eden, an oasis in the middle of New York’s insanity. And in its serene, lush, slightly polluted landscape was a place for every ethnicity, race, social class, human problem and joy under the sun, and from that perspective, circling around, I could see it all and feel an unprecedented hope and tranquility. I knew I had to photograph this feeling as a homage to the quintessential melting pot of the city and a larger complicated American moment.” 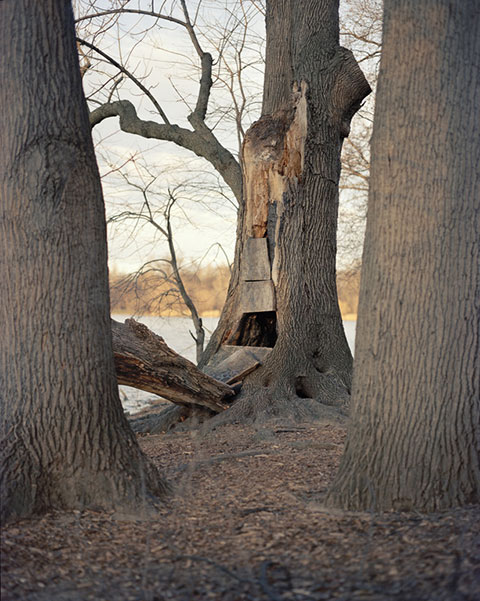 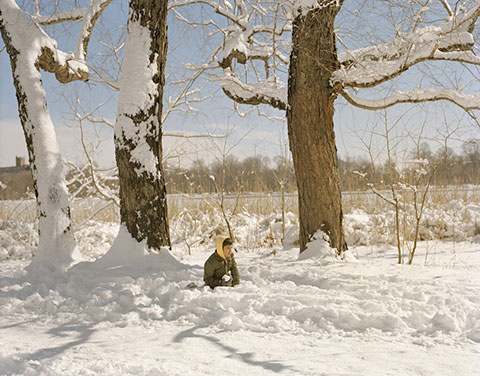 A lot of the light you photograph seems very painterly. Does the title of the project deliberately reference “En plein air” or painting outside in natural light? If so, are you influenced by this style of painting?
“Yes, I was thinking a bit about that period in painting. It was the lens through which I saw this place for the first time—an early Realist canvas complicated by the anachronistic presence of current day subjects. A sprawling view of the 19th century spotted with cell phones and coffee cups. It was a bit of a “where and when am I?” sensation. I soon realized that Olmstead designed the park around the same time and values that Courbet and Manet injected into the artistic tradition—leaving the studio to depict regular people and the fabric of daily life. I felt that the park’s stage was set in the late 1800’s and somehow everyday people continue to insert themselves and naturally act according to the aesthetics and ideals of a previous time, an old place made eternally new. And about the light—it really shines here.” 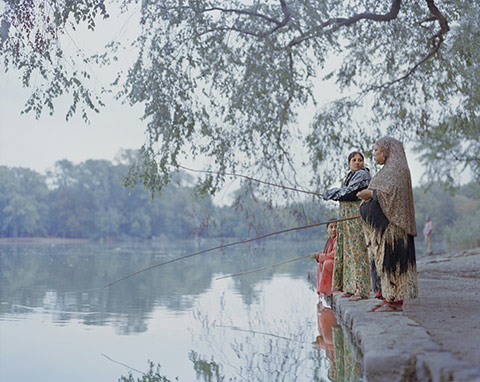 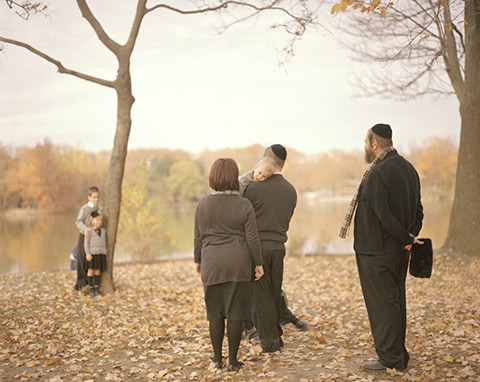 What do you answer when strangers you are photographing ask you what or why you are photographing?
“You know it’s strange, on the streets people are live wires and touchy about being photographed. In the park, they are relaxed and their guard is down. There’s an uncanny openness and wordless understanding in the air—I don’t often need to get into explanations or specifics about the project or the photos I’ve already taken. I try to focus on the short moment at hand and it seems that people come here to do the same. It’s a buzzkill to talk too much when I’m photographing.” 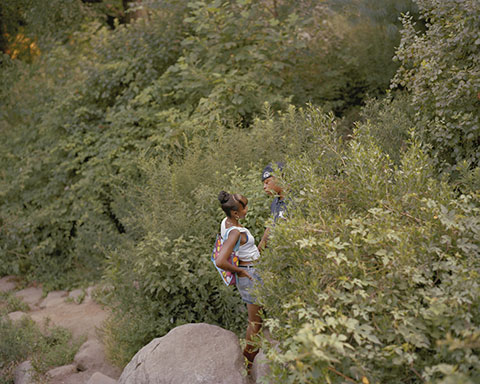 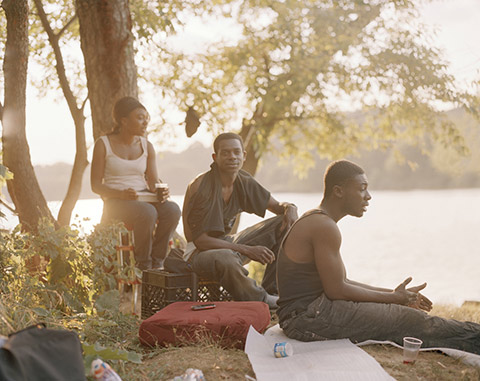 Many of your photos such as the one of the man and woman in the bushes seem to aim to capture people having private moments in public spaces, how did your subjects respond to this?
“They’re private moments in a pretty public space so people understand they’re not exactly alone. But nevertheless it’s very important for me not to intrude or make anyone uncomfortable. This wouldn’t be good for the pictures—it would break the intimate ease I feel here and want to portray. The point is not to sneak up on or steal someone’s private, sacred moment, but to get to a place photographically where they subconsciously share it with the camera.” 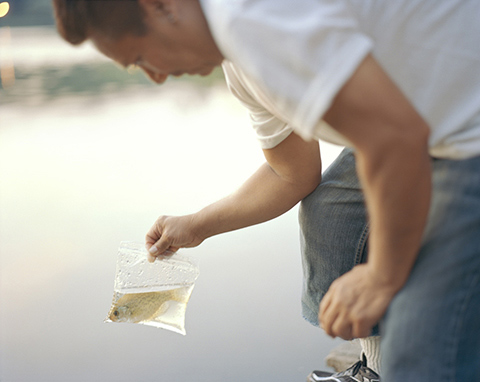 Did you become known by regulars in the park or start to recognize regulars as you were shooting?
“Not really. The park is very big and there are so many people. I recognize the regulars that sit on the same benches, hide in the same trees, but I like to keep a low profile—cat style—and come and go. Once, I was making a picture and someone who’d seen the project stopped me and asked if it was mine, if I was the photographer. That was very strange.” 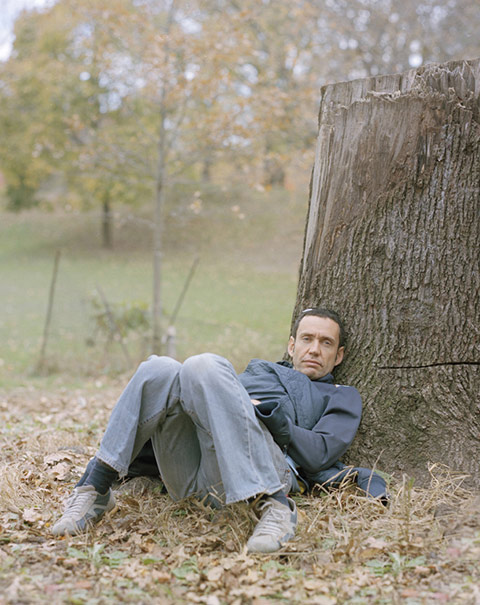 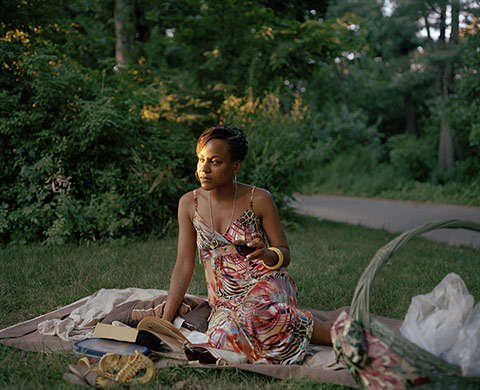 Do you think that as someone not only from a different city but from a different country you have a specific perspective on Brooklyn?
“I grew up in an immigrant family and studied languages, I guess in order to to communicate with different groups of people. It thrills me to insert myself into a seemingly foreign context and find a connection. For me social mobility is not an upward ladder but a spiraling treadmill—the possibility to leave your reality and enter someone else’s. Brooklyn’s got so many realities I could spend the rest of my life doing just that. The park is a microcosm of the greater thing beyond.” 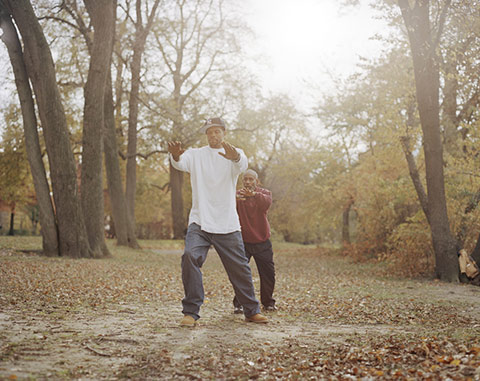 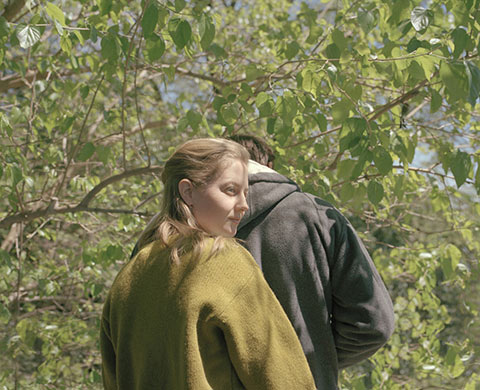