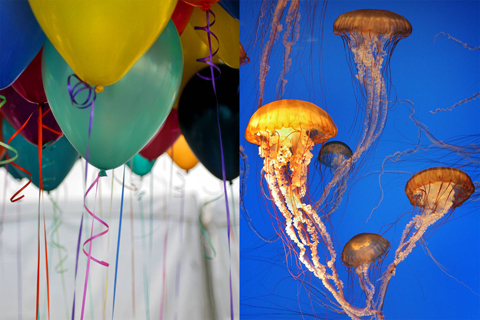 Martin Klimek is a commercial and editorial photographer based in San Francisco. His personal project Man vs. Nature is a creative exploration of a series of man-made and natural elements through diptychs. We recently had a chat with him about the work. 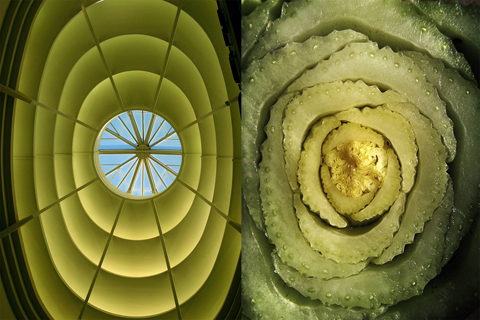 What pairing came first and was the genesis for the rest of the project?
“I’ve been shooting pattern images since I first picked up a camera. I think most photographers are so inclined. I was drawn equally to the patterns I found in both the natural and man-made worlds. In doing so, I became fascinated by fractals patterns and the Mandelbrot set and how this all worked on a micro and macro level—for example, you can see the same tree leaf pattern echoed in a river and it’s tributaries when viewed from the air and the in the human arterial system and so on, ad infinitum.

“Several years ago I was shooting at a recycling plant in Oakland and made some images of a tangle of electrical wiring. A few weeks earlier I had shot at a tide pool on the Northern California coast and photographed sea kelp piled on the beach. I made the connection quickly and had an ‘a-ha’ moment as I paired the tangled wires with the sea kelp. This was my first actual pairing.” 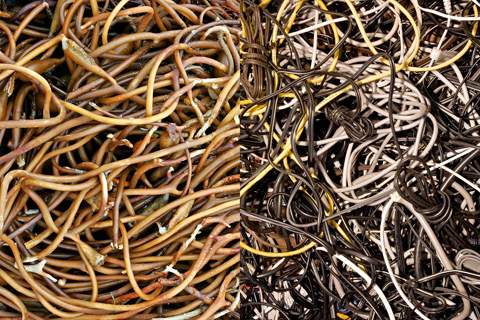 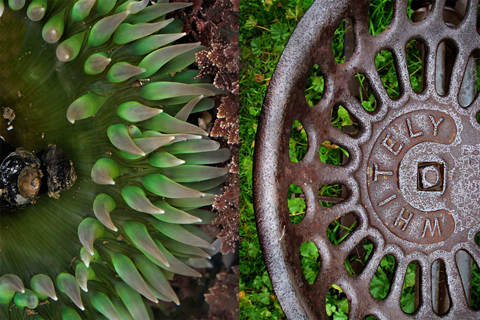 Can you tell me more about the process by which the pairings come about?
“Once I began building a digital catalogue it became much easier and quicker to bring up on screen and experiment with pairings and explore different concepts with both sets of patterns from my image database.” 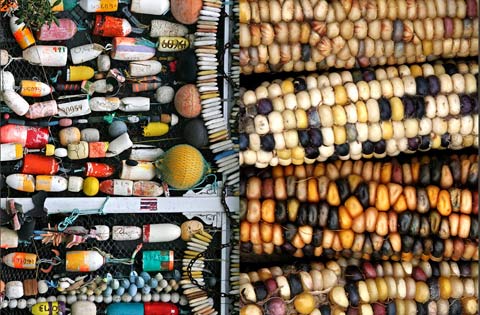 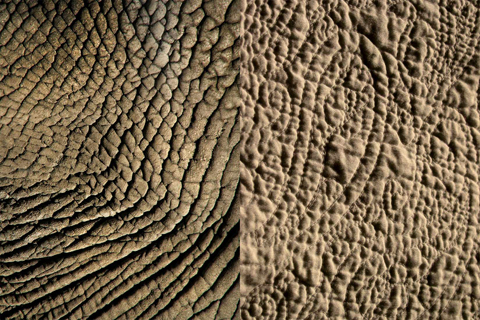 The diptychs really play off of each other in an interesting way. Do you shoot them separately or do you have the man-made image in mind when you shoot the natural image and vice versa?
“Immediately after the first pairing I started combing my database looking for similarly themed pairings and realized I had quite a few. Then began the very conscious act of shooting images with this idea in mind. But I will often use images shot years apart. Sometimes days apart. 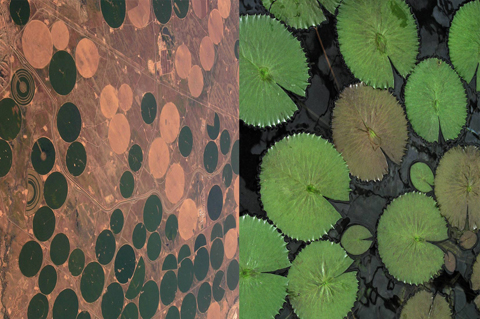 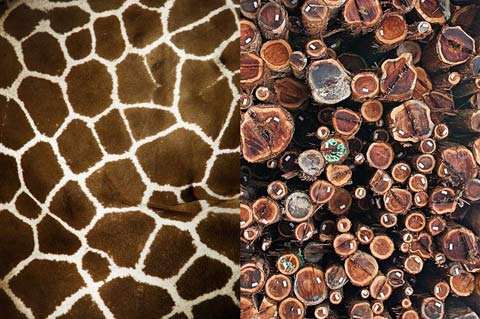 You have a great eye for macro or details, though it seems very different than your commercial and editorial work. Is it something you hope to pursue more in the future?
“It’s personal work that has run parallel to my commercial work for quite a while. I know that it may look a bit incongruous alongside my other commercial work and I have thought about removing it for that very reason but I ended up including it on my commercial site because to me it still feels very much like an extension of my documentary work with just a slightly different presentation.

“It goes against conventional wisdom but I hesitate to draw the line between commercial, personal, documentary, fine art, etc. In fact I prefer when those lines are blurred. But from what I can tell, art directors, art buyers and photo editors like to see personal work and recognize it for what it is. I have been publishing new additions to the project on my blog regularly for the past two years. It is ongoing and I see no end, but I’m sure it will evolve. 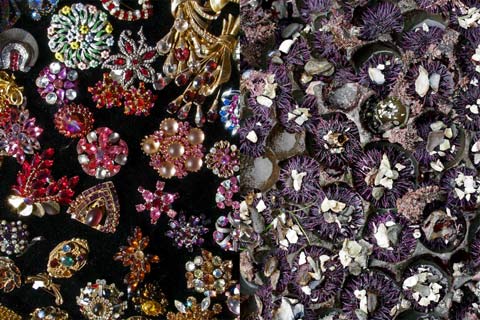