Amusing Portraits of Women in the Office Environment Defy Logic 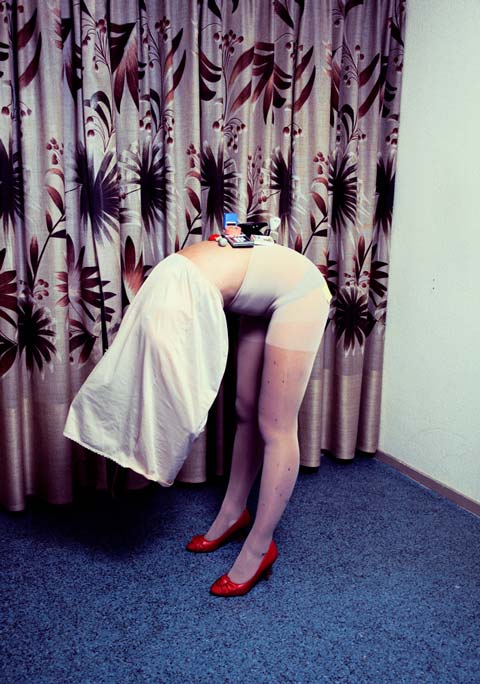 Dutch photographer Isabelle Wenzel was invited by the Virtueel Museum Zuidas, Holland, to produce a work about the business area of South Amsterdam. “I used this opportunity to observe urban structures as being a scenario for my photographic fantasies,” she says, and created her series Building Images. “My main focus was on the normative office structures that are common in a highly organized business area. I analyzed the physical impact the structures have on the people who work there. Opposing this strongly functional environment, my photographs show figures in non-functional positions. It was my aim to turn the logic of an office upside down.”

Most of the images in the series were shot in a studio but Wenzel also got the opportunity to shoot in one of the headquarters buildings of Amsterdam’s business area. “The shooting was like a performance. We made a big mess in the office, throwing papers and shifting the furniture around. Suddenly we became aware that people in the opposite building were standing in the window, observing what we were doing, some were taking pictures with their mobile phones. We had this unexpected audience and it felt like we were doing something very important—messing this place up a bit and pointing out that we were more than the everyday routine of grey in grey.” 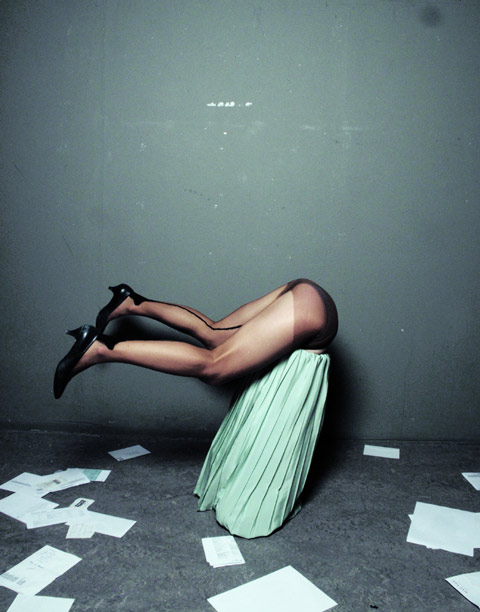 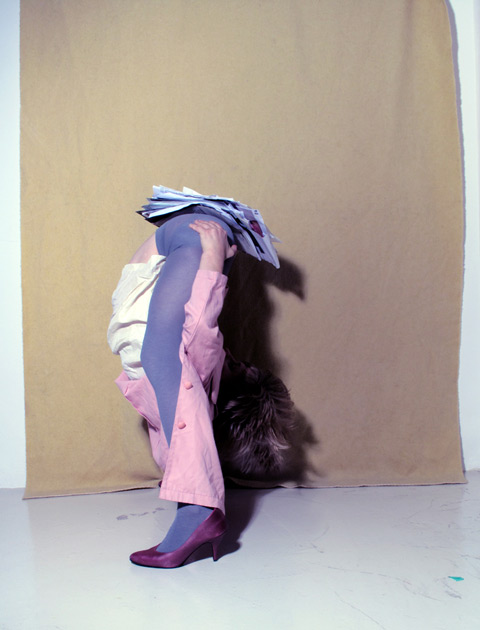 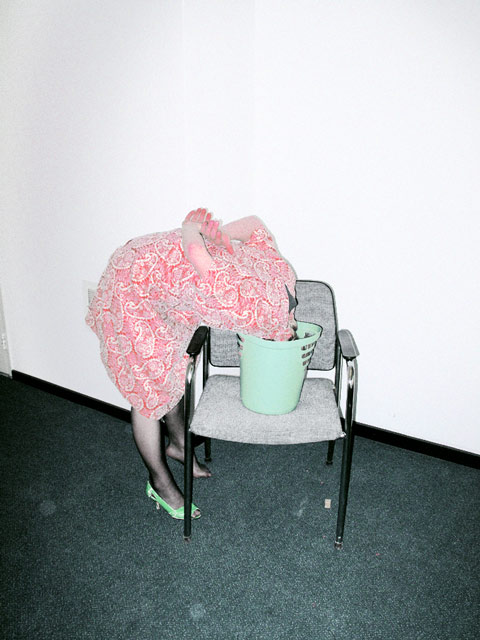 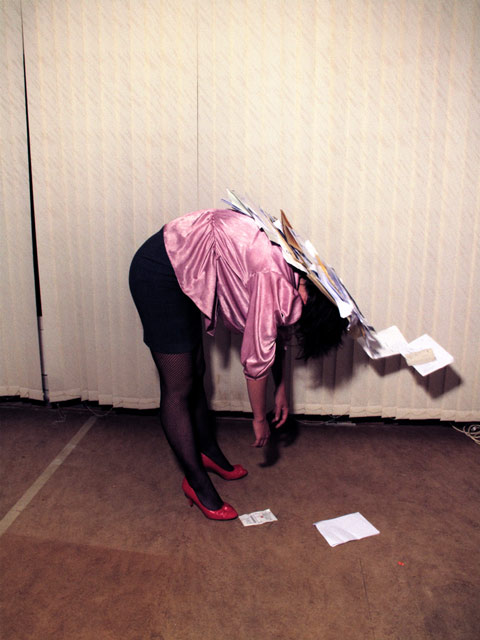 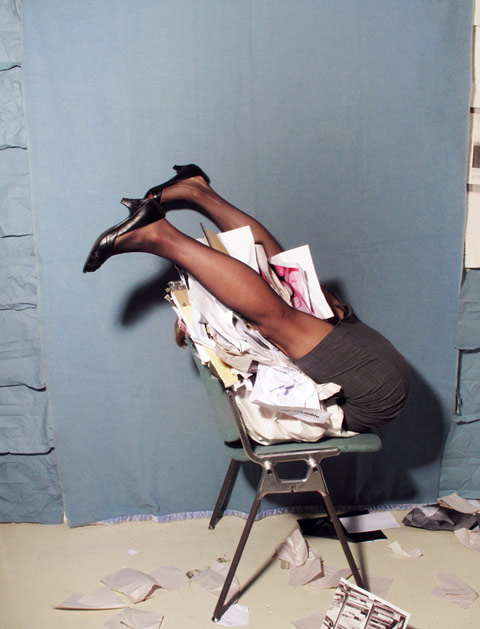 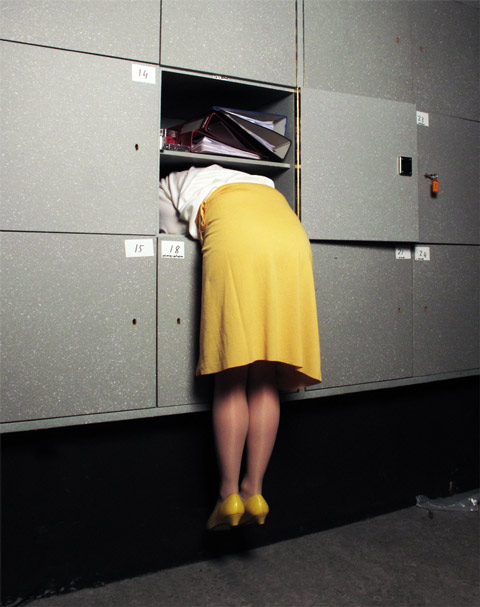 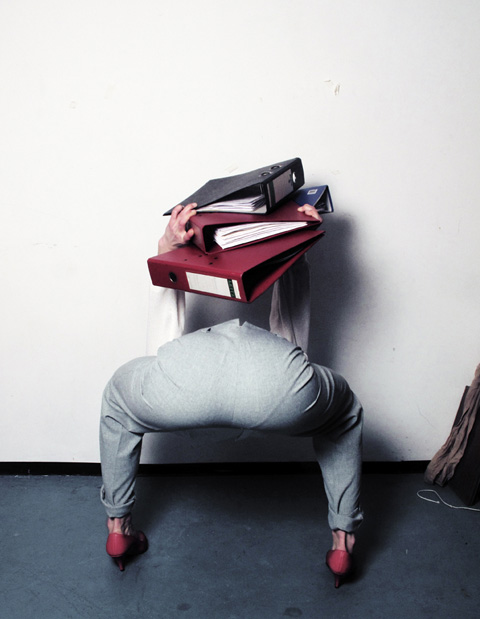