The Complicated Role of Animals in the History of Photography 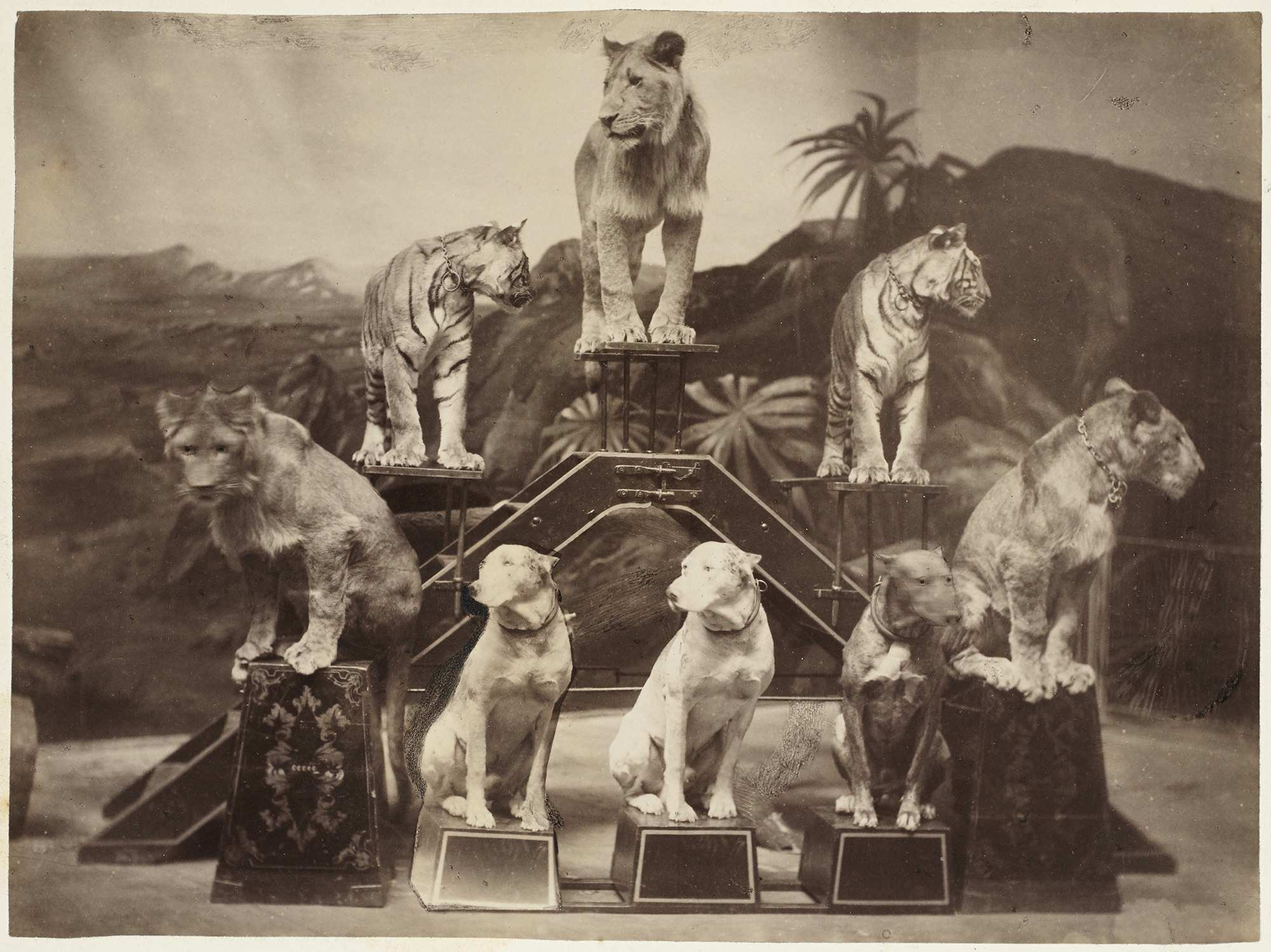 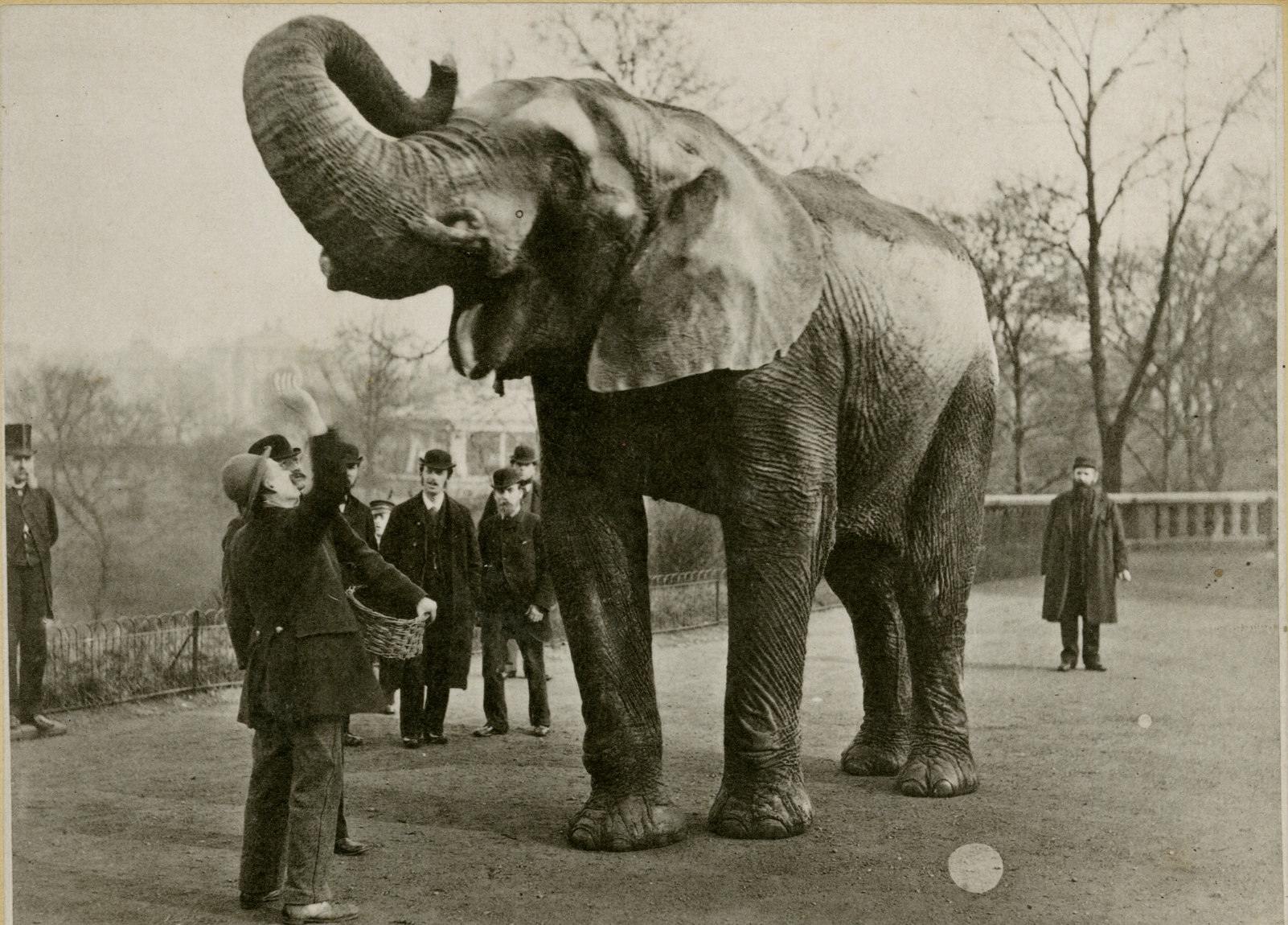 The history of photography provides a visual record of life on earth, as well as the beliefs and practices that humanity enacted upon those whose agency they disregarded. In the West, animals have long been subject to dominion, rather than stewardship, making them prey to the same “scientific” fallacies that have brought the environment to the precipice of manmade disaster.

In the new exhibition, By Hoof, Paw, Wing or Fin: Creatures in Photographs at Hans P. Kraus Jr. Fine Photographs in New York through December 20, 2019, we see animals through the lens of nineteenth and early twentieth century eyes, whose perspectives represent that of their societies writ large.

Featuring the works of D. O. Hill & Robert Adamson, Giacomo Caneva, Edward Bierstadt, Peter Nissen, Hugh Welch Diamond, Ferdinand Küss, Louis Lumière, Edward Steichen, and Martin Munkacsi, we witness depictions of the animal as fodder for newly invented technology. The perspectives are wholly Western, wherein the animal is other, existing as object upon which we act, whether are voracious observers or relentless consumers of food and amusements.

Subject to the whims of “science,” animals were removed from their natural habitats and put into crude, prisons popularly known and profitably run as zoos. Here the natural is rendered exotic, all the better to relegate it to the space where it serves the mere purpose of entertainment, often masquerading as education, but just as surely indoctrination.

Edward Bierstadt’s 1882 artotype of Jumbo is evidence of pure Western arrogance and abuse, as the majestic elephant was kidnapped from the Sudan, and forcibly displayed to the gaping public in Germany, Paris, and London before being purchased by America’s great scammer P.T. Barnum in 1882 and brought to the U.S., where the elephant was once again forced into unnatural environs to line the pockets of the man who famously said, “Nobody ever lost a dollar by underestimating the taste of the American public.”

Barnum, who observed, “There’s a sucker born every minute,” was instrumental in normalizing the cruel and abusive practices of circuses, wherein animals were fear trained into performing “tricks” for the amusement of spectacle seekers. Among the most disconcerting images in the show are a portfolio of Peter Nissen’s albumen prints, circa 1891, of animals in training and performing at Carl Hagenbeck’s Zoological Circus.

Hagenbeck , an internationally renowned animal dealer and trainer based in Hamburg, supplied exotic animals to zoos and private menageries in Europe and the United States. He used Nissen’s photographs for sales and marketing, taking great care to ensure the images were manipulated to improve the flow of blood money.

Nissen was known to sometimes retouch his work, removing bars, chains, and any evidence of mistreatment of the animals. He also added details of animals, even other animals, to negatives by hand and sometimes fused multiple negatives together to make his prints, hybrids of the real and the surreal. The results are disturbingly banal, normalized images of extreme objectification that have been part and parcel of the imperialist impulse that infects so much Western ideology.

Perhaps there’s nothing quite so disturbing as Martin Munkacsi’s photograph, Hippopotamus, circa 1929, which show the majestic creature’s jaws open wide. Invariably, the animal is restrained so it cannot harm those who would seek to profit from its likeness in the name of art. Instead, the viewer is invited to gaze into the abyss, what would be most certain death if we were to meet on a level playing field, but alas, the game is rigged. 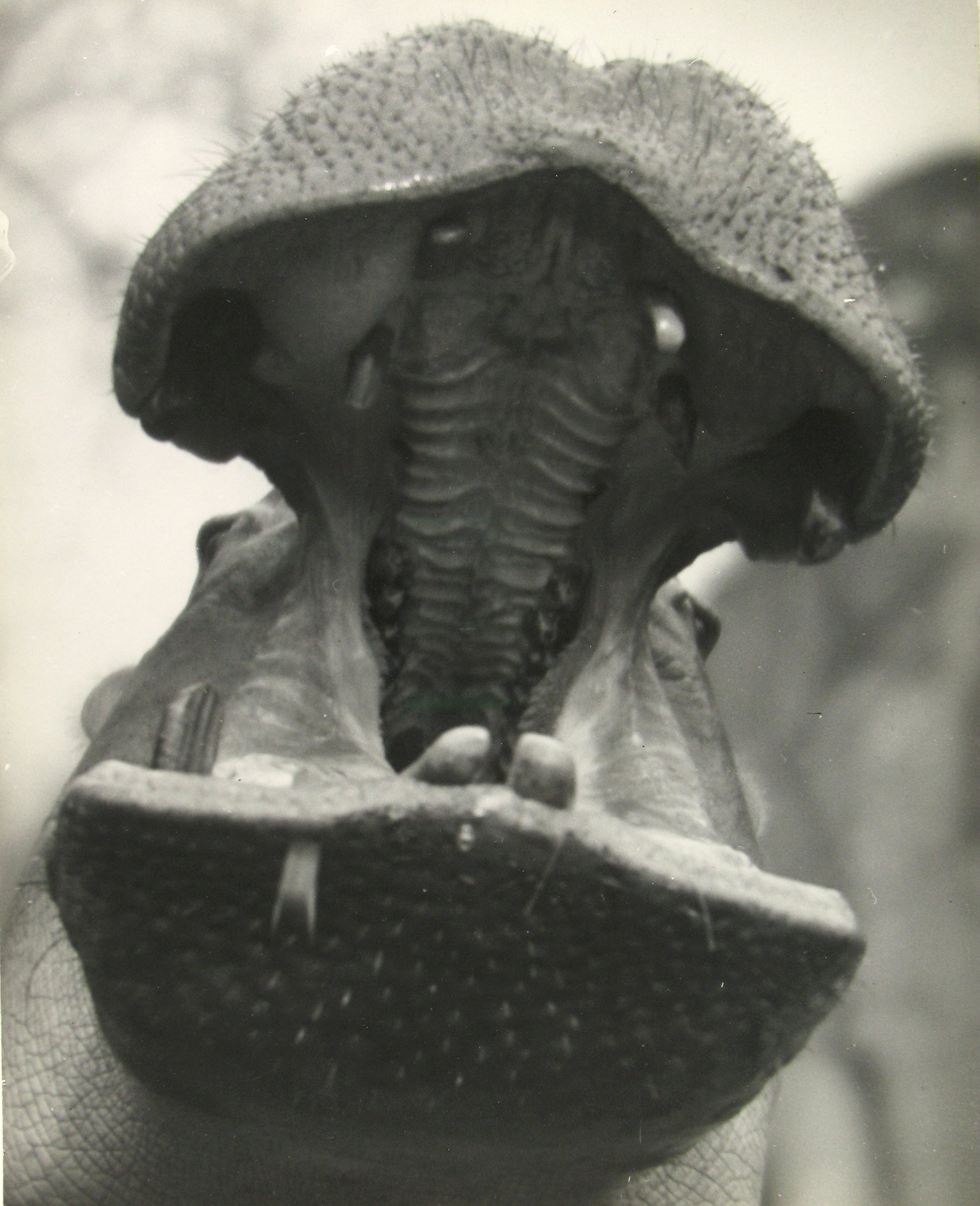 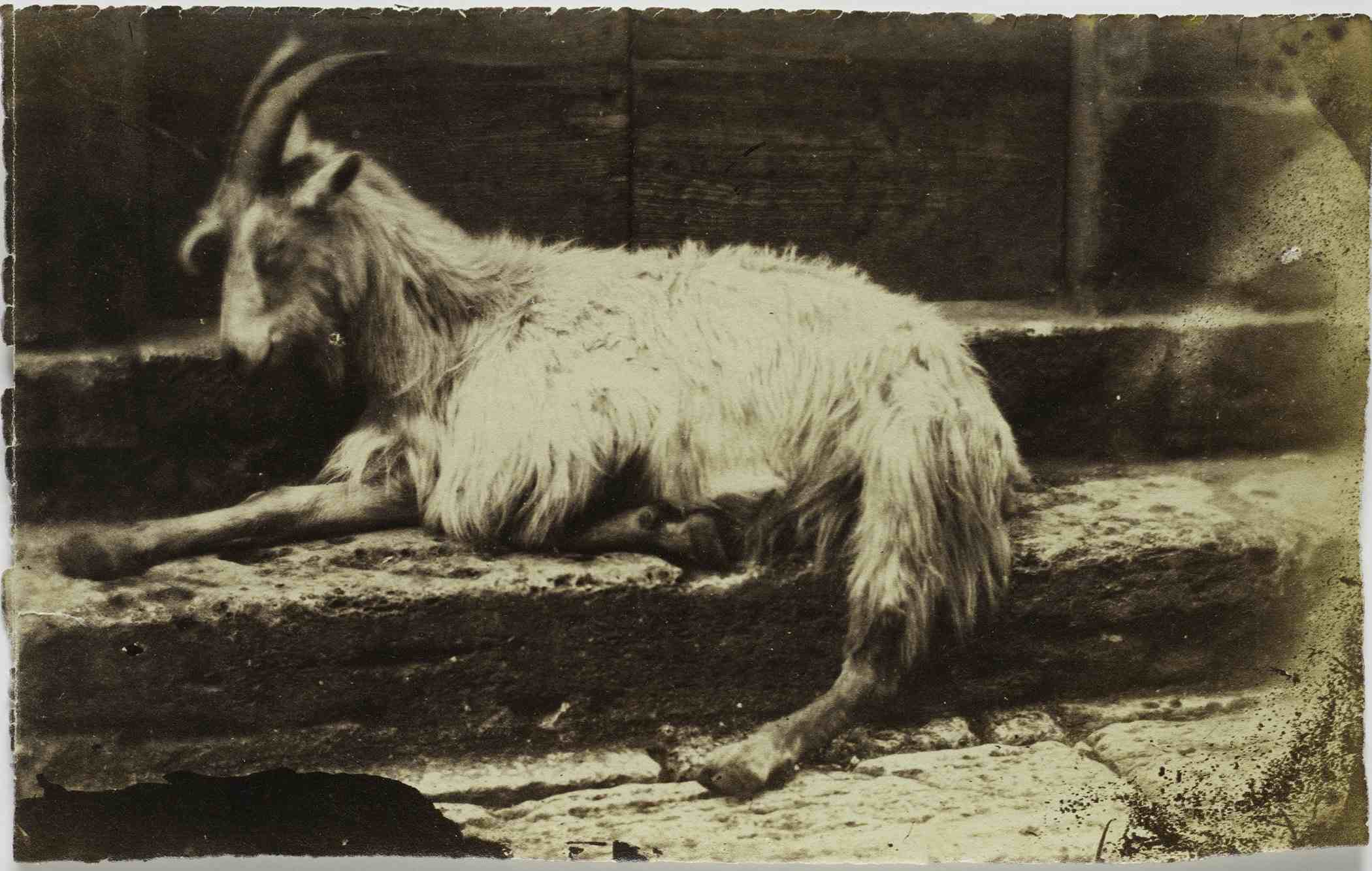 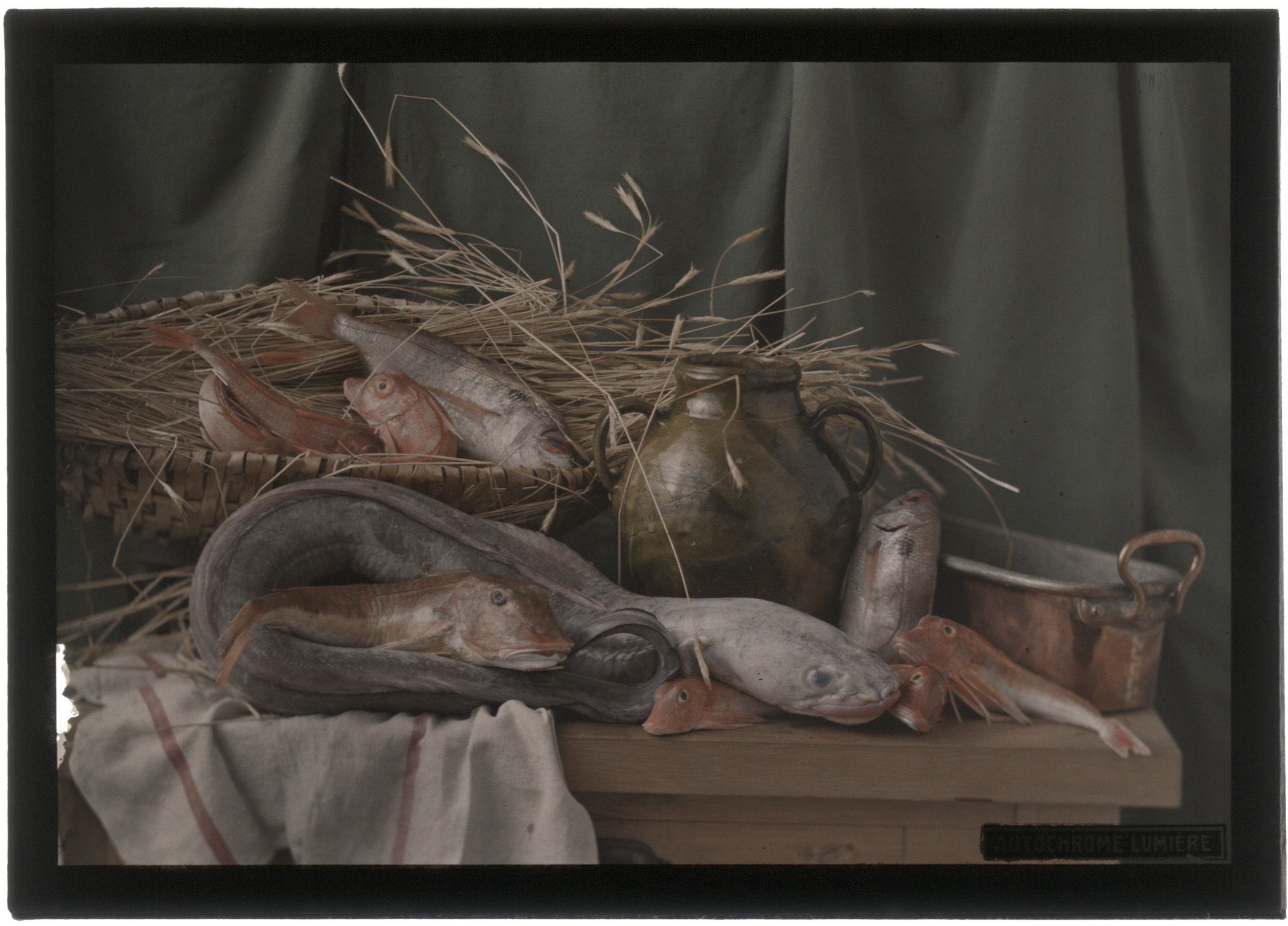 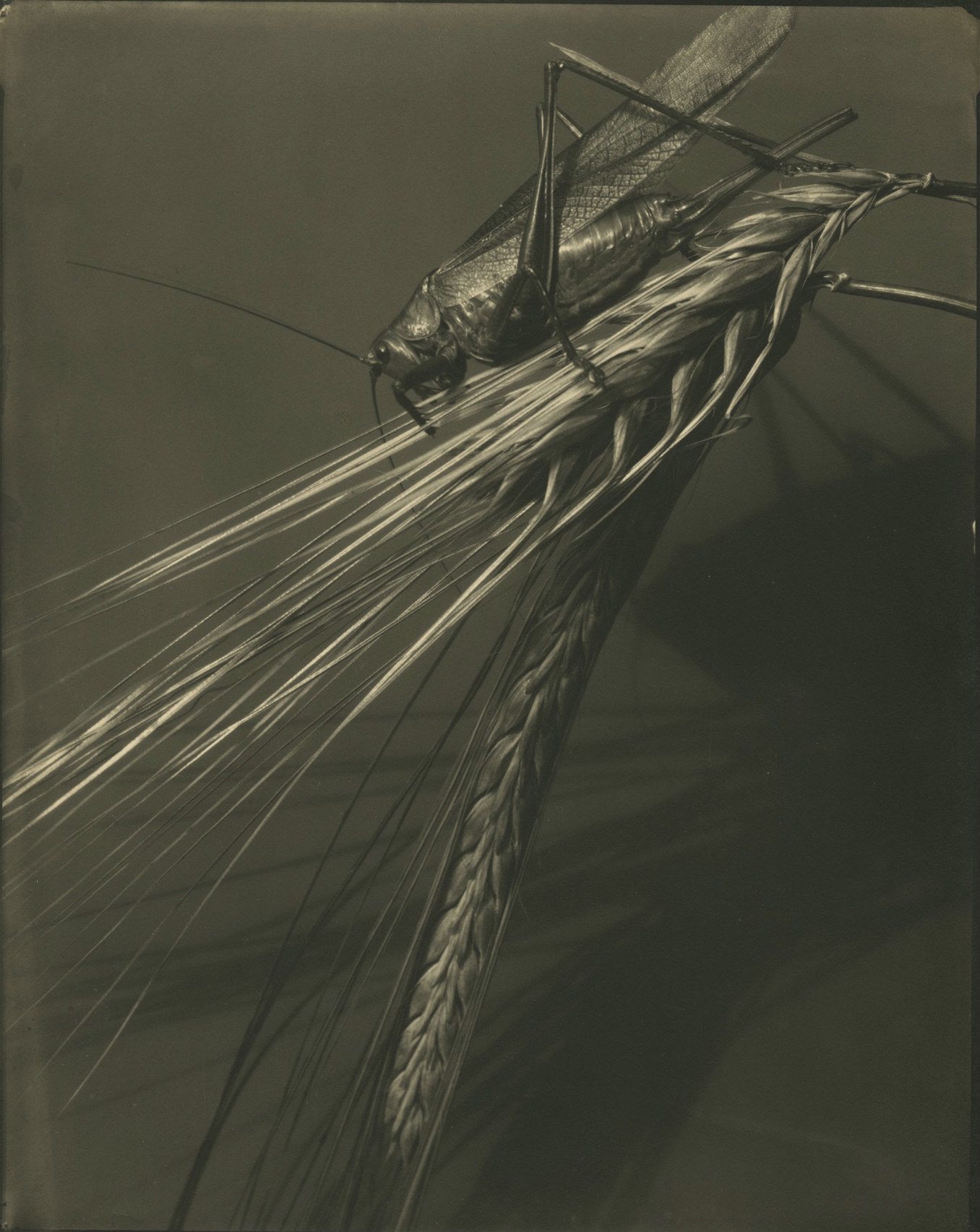