These powerful photos challenge the stigma around skin conditions 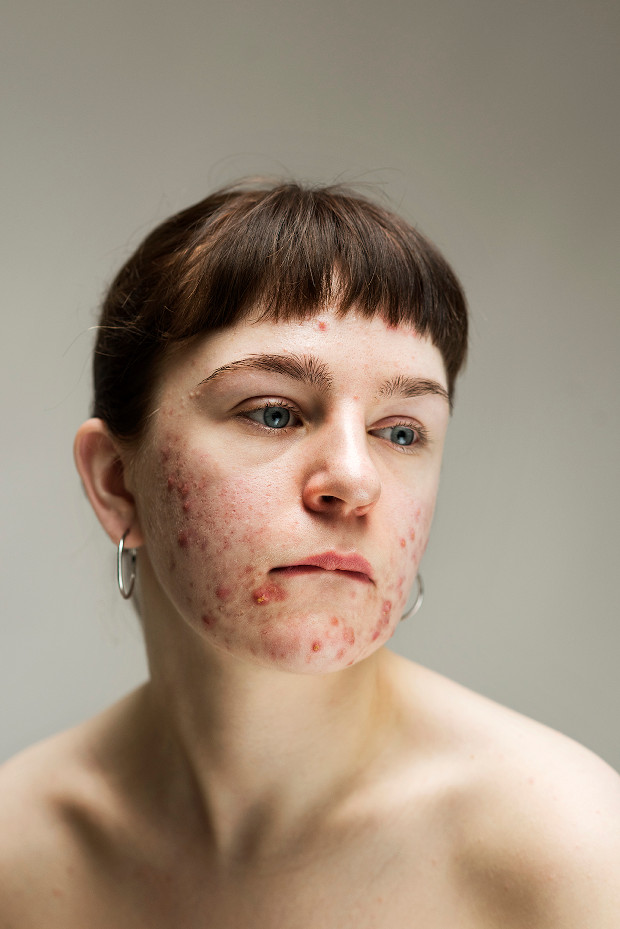 British photographer Sophie Harris-Taylor hopes to break down the stigma around skin issues with Epidermis, her candid new photo series challenging how we view imperfection.

Epidermis features close-up portraits of 20 women from across the UK with varying skin conditions. The models pose in ways familiar from beauty shoots and celebrity Instagram snaps, except they wear no clothing or make-up – and there’s not an airbrush in sight.

We see these women in their natural state and recognise there is beauty in imperfection. In making this connection, we realise that we aren’t used to seeing such bare images in traditional media.

“Normality is defined by the images we see around us,” wrote Harris-Taylor in her description of the project. “We are led to believe all women have idealised, flawless skin – they don’t.”

Sophie hopes that by showcasing the unfiltered skin of normal women and celebrating the diversity of the human body, she can help wear down the stigma surrounding skin issues. With the global cosmetics industry valued at over $532 billion, Epidermis is an important message to women around the world. 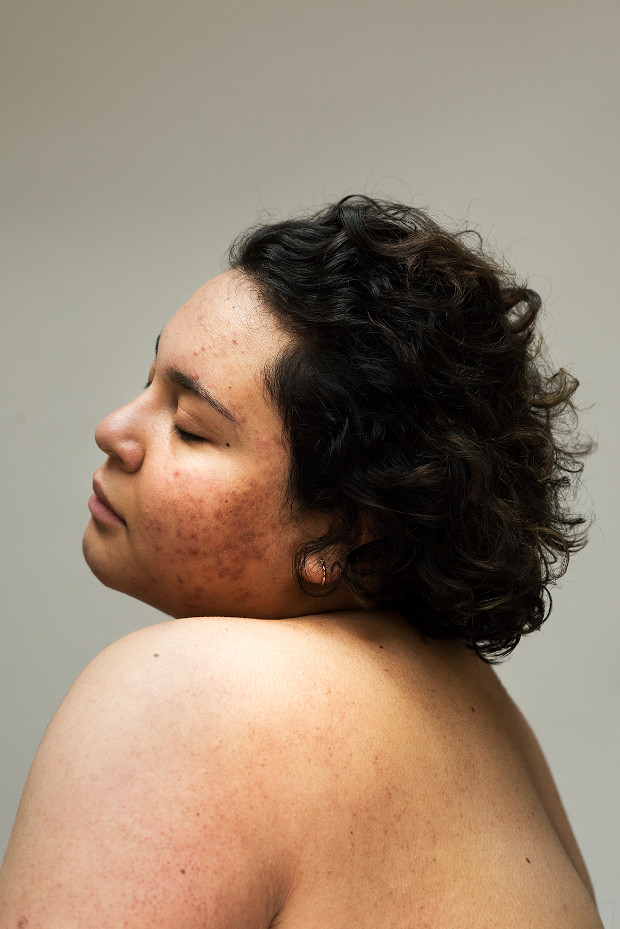 How did your own experience with acne as a teenager inform your work on Epidermis?

“I began to reflect on my own past and feelings towards my skin. Back then, there were no idols, role models and people to look up to who had anything but flawless skin. Which obviously meant I struggled with my own self-image.

“We’ve come a long way since then, what with body positivity and generally people speaking out about beauty standards and promoting diversity. However, I still felt that there was a lack of representing skin in an honest and open way. For me, Epidermis was a way of showcasing beautiful women in skins less often seen.”

Why do you think that young women, in particular, feel so much pressure to hide their skin conditions?

“I think, generally speaking, younger women seem to place a lot of importance on their self-image. Maybe it comes with age that we realise that looks don’t count for everything.

“Broadly speaking I think pressures can come from society and the culture we live in. I think it’s important for us all to take responsibility and set an example to the younger generation by embracing those things that make us unique.” 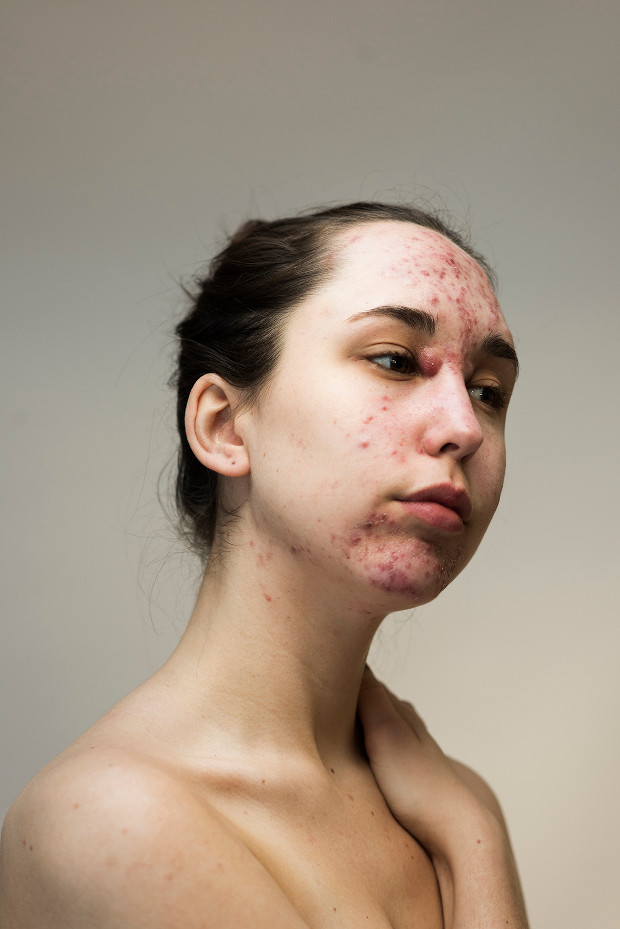 What are your thoughts on the way image editing apps and social media project an often unattainable type of beauty?

“Honestly, I think the image-editing apps are a bit mad. The saddest thing about them is that they warp not just people’s perceptions of others but of themselves too.

“They are always just a click away and I think in the long term can probably cause quite a bit of damage mentally. But while social media can be the source of a lot of negativity, it’s also where positivity movements spring up and can be a real place of support too.”

There has recently been a sizeable ‘body positivity’ movement in reaction to the edited images of models and Instagram influencers. Do you think this hints at a future where diverse body and skin types are more accepted?

“I hope so. I’d like to think we won’t need to be talking about these images in five years time. There’s always going to be beauty ideals but hopefully what these ideals are will broaden over time.

“I think its really positive too, that a younger generation, teenagers, in particular, seem a lot less prescriptive in their views and are keen to break down boundaries of what constitutes normal.” 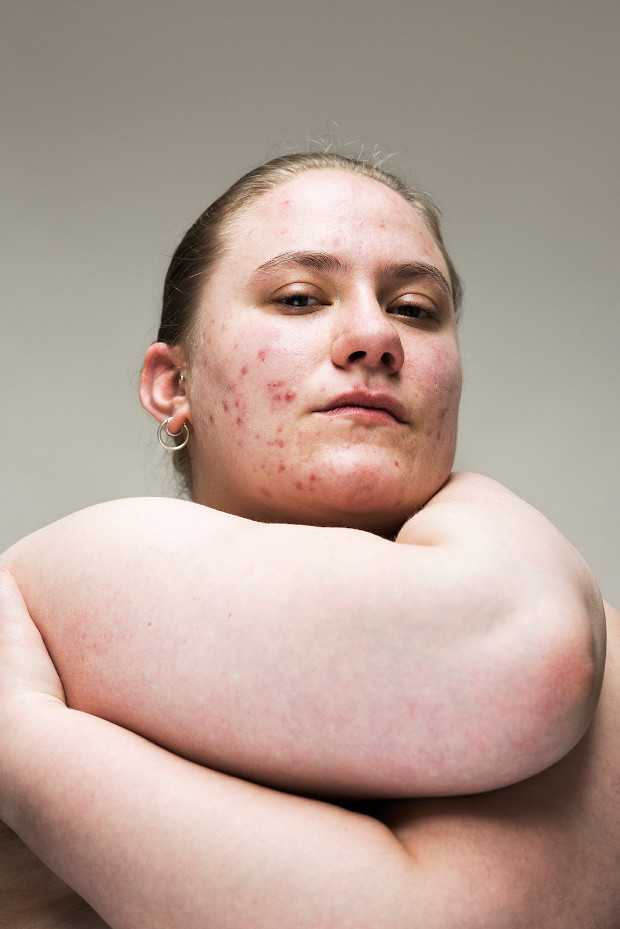 The women you worked with for Epidermis are ordinary people with little camera experience. How did you find working with them?

“Really liberating. I love working with people who have little camera experience, in a way it always feels that bit more raw and exciting. At first, naturally some of the women were pretty camera shy but towards the end of the shoot, it was almost as if there was a different woman sat in front of me.

“I think for many of the women they found it a liberating and empowering experience.”

Your portraits exude intimacy and vulnerability. Do you use any specific gear or strategies to achieve this feeling?

“As little as possible. I think this helps with creating an intimate space where the subjects don’t feel too pressured. No lights and actually the studio these were shot was in my own flat, so the space itself was pretty cosy. I find starting up a conversation and getting to know each other prior to shooting helps too. Putting the subjects at ease with me is really important.”

Can you describe your work process on a project like this?

“I guess its starts with an idea and conversations between friends, I like to seek validation prior to starting a project, there’s often a lot of self-doubts. Then there’s the initial casting, which is always the hardest. You have nothing to show so it’s often tricky to get people interested. It became easier to find subjects once I had some photos to share, people knew what they were signing up for I guess.” 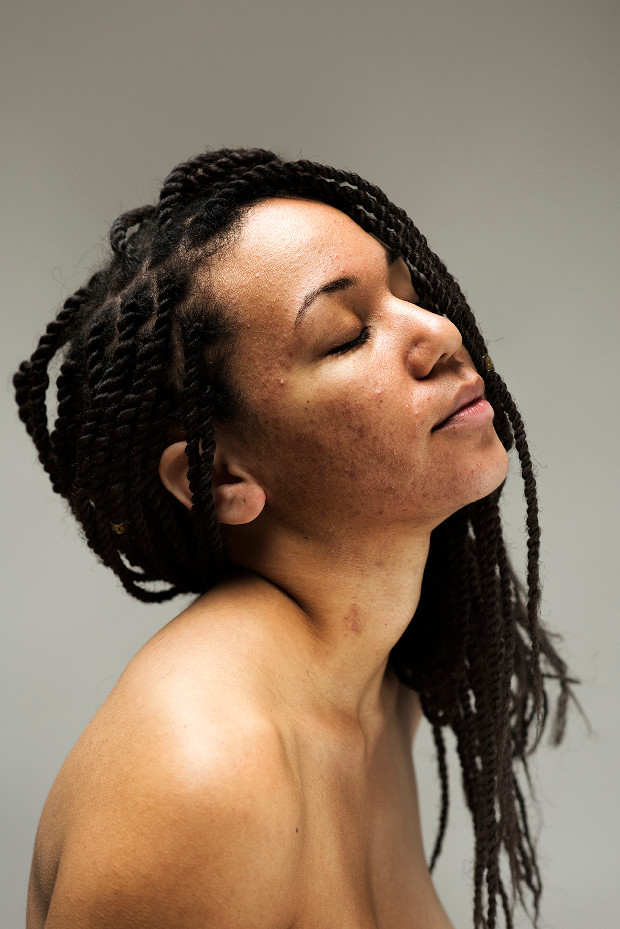 What impact do you hope Epidermis will have?

“I want to make people feel good, essentially. All women, in fact. I’d love to help others feel empowered and more comfortable in their own skin. And for the images themselves to feel relatable to anyone who may feel insecure with their own self-image. Also, I hope to break down some of the stigma surrounding skin conditions and show the beauty in varying skins that wouldn’t normally be shown and represented.”

What can we expect to see from you next?

“I’ve started working on a project about the realities of breastfeeding. It has a much more documentary aesthetic and is completely different in a lot of ways to this one. I haven’t set myself a deadline so I’m kind of just having fun with it at the moment and seeing where it takes me.” 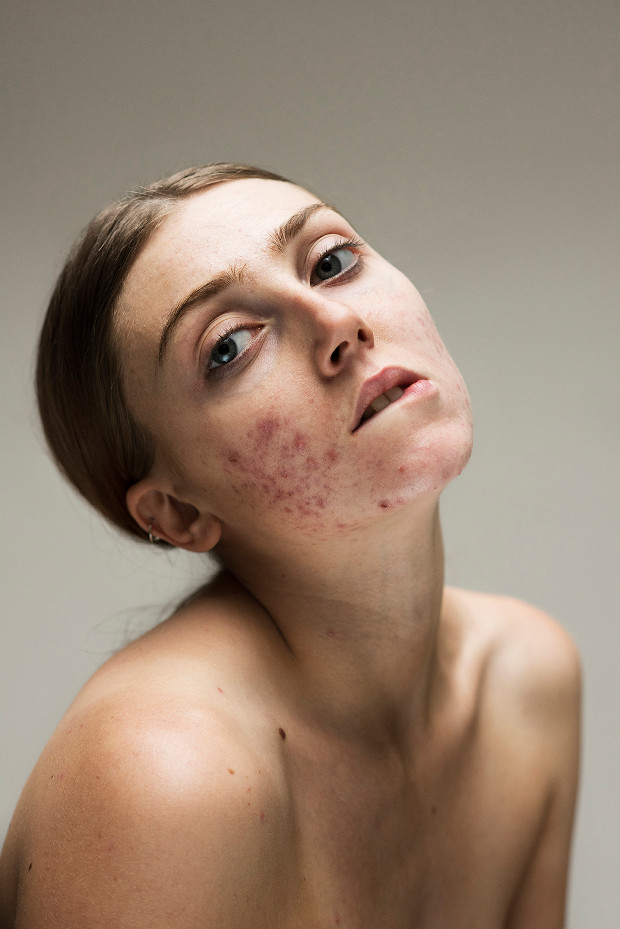 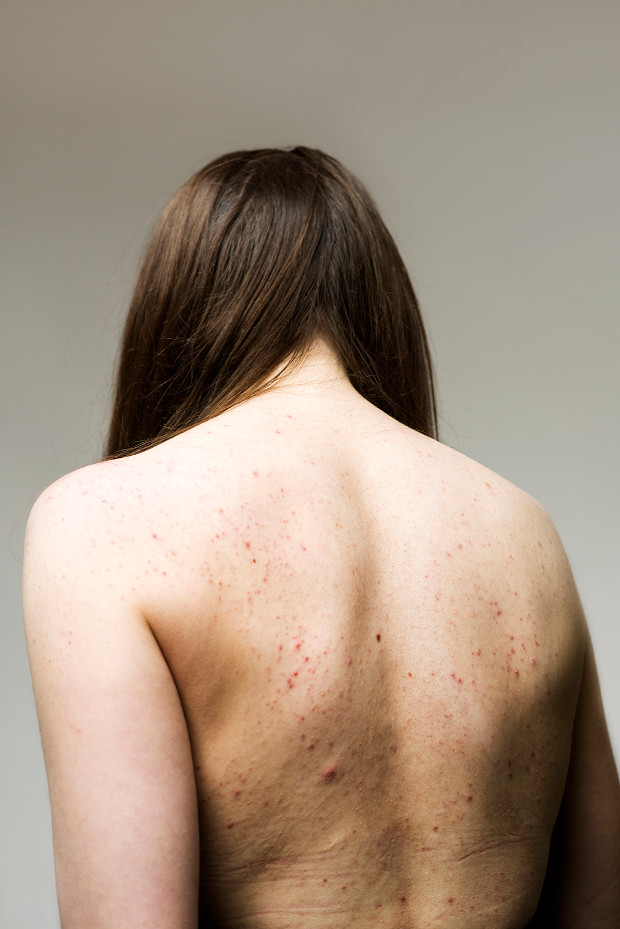