A Powerful Journey Through San Quentin, California’s Oldest And Most Notorious Prison 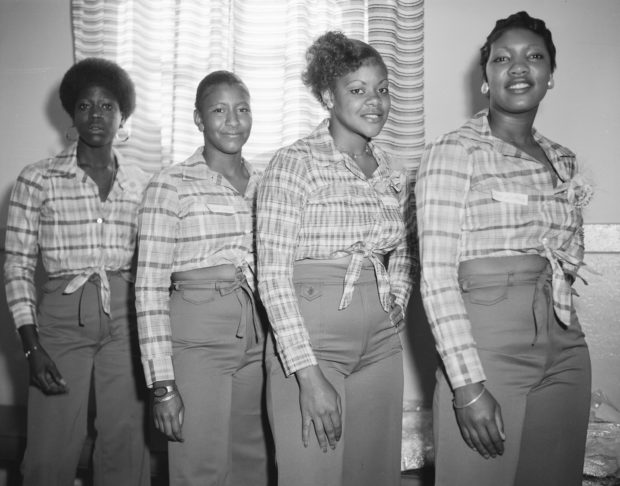 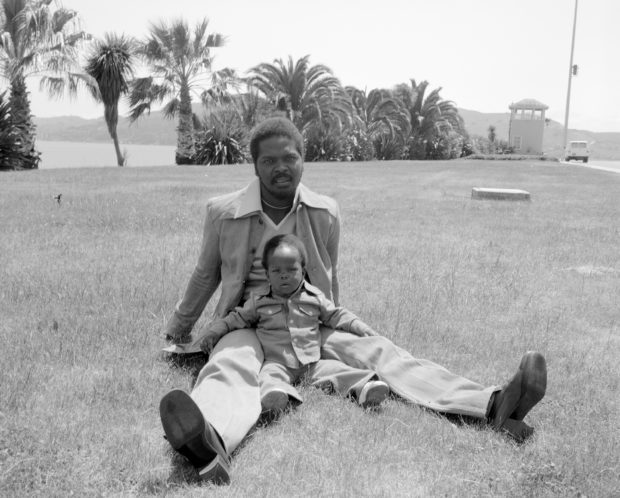 In 2011, visual artist Nigel Poor entered San Quentin, the oldest, most notorious prison in California. Prior inmates include Charles Manson, Sirhan Sirhan, Black Panther Party members Eldridge Cleaver and George Jackson, and Stanley “Tookie” Williams, co-founder of the Crips street gang and one of the many inmates executed in the prison death chamber.

The image of San Quentin looms large in popular culture through film, television, music, and literature dating back to John Steinbeck’s 1937 novel, Of Mice and Men — creating fictional, often misinformed narratives that cast a long shadow over the true stories of those inside the prison walls.

Unlike those inside San Quentin, Poor entered of her own volition in 2011 as a volunteer teacher for the Prison University Project, teaching the history of photography to inmates. Inside the prison, Poor discovered an astounding wealth of stories that were waiting to be told, stories that became the basis for The San Quentin Project: Nigel Poor and the Men of San Quentin State Prison, currently on view at the Berkeley Art Museum Pacific Film Archive through November 19, 2019.

In The San Quentin Project, Poor counters fiction with fact through a series of profound personal histories shared in photographs, visual documents, and Ear Hustle, an acclaimed podcast co-produced with Earlonne Woods. Originally designed to run exclusively on the San Quentin institutional channel, Ear Hustle became a platform for inmates to tell their story in their own words. Since it began, it has been broadcast beyond their wildest dreams, airing throughout the entire California prison system as well as 114 UK prisons.

Here Poor and Woods share their experiences creating an archive of San Quentin’s history, past and present. 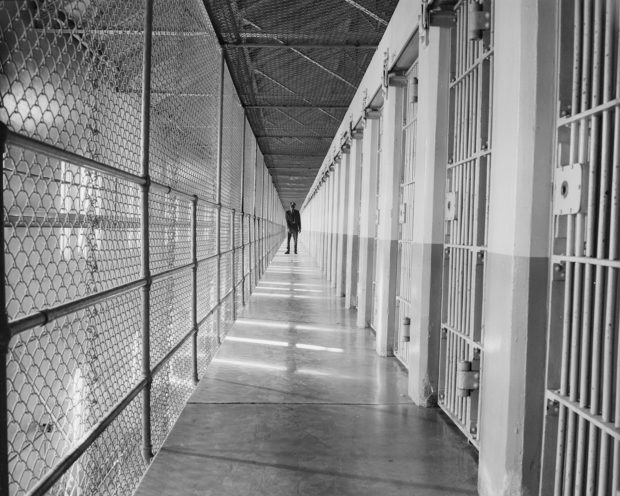 Could you begin by sharing what inspired you to begin this project in 2011?

Nigel Poor: “I started volunteering at the prison teaching for the university project. Going in as a professor and talking about something I love, photography, seemed like the best way to find out more about life in prison. I did that for three semesters without any other intention and through that I met a bunch of men including Earlonne.

“We met because we were working on a radio project in the prison, and we came up the idea of doing a podcast. As an artist, I have always been interested in personal narrative, how people find meaning and express who they are. I turned my interest in a visual exploration into an audio exploration.

“When I went into the prison, I realized that if I went in doing photography, it would be something I knew how to do very well and it seemed like to do a collaboration, it would be better to do something where I was learning along with the people I was working with.

“Audio seemed like the best option for a collaborative project, and that’s because we didn’t know how hard it was to do really good audio. If we knew how hard this was going to be, it would have been much more intimidating.” 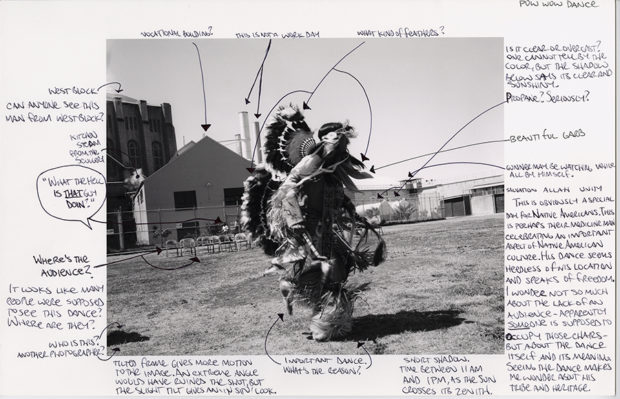 What led you to use mapping as a central feature of the work, and how did the process of verbalizing the visual world help prisoners tap into the connection between the visual and verbal worlds?

Nigel Poor: “The photos are separate from the podcast, but in this exhibition they are shown together as a progressionfrom where I started. The connection is personal narrative. For sure, there is a channel between mapping and the podcasts.Mapping is getting people to talk about their personal experiences.”

Earlonne Woods: “Nigel was able to do a few different programs within the prison. Mapping was one, her sitting down with guys to map these pictures out. The conversation for the podcast was a different conversation.”

Earlonne, how you and Nigel conceptualized Ear Hustle?

Earlonne Woods: “When it came to Ear Hustle, one of our main missions was to try our hand at recording good stories inside of prisons, guys telling their stories to us, and us escorting them through. We didn’t look at it from the point of view where it is at today. We looked at it as a means for storytelling within San Quentin only. When we first did the podcast, it was just to be aired on the institutional channel, that’s it.” 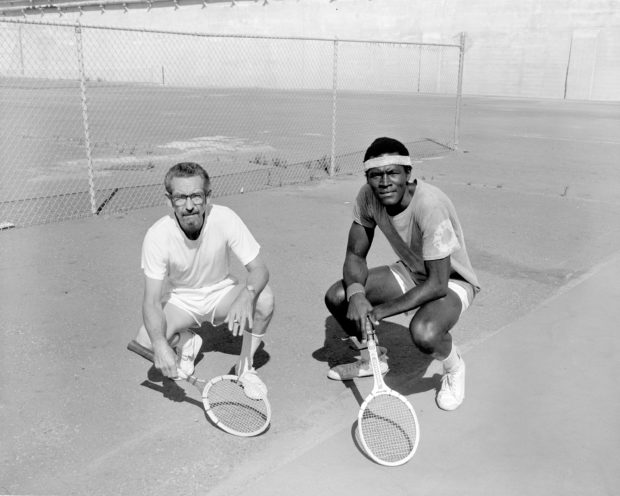 What do you want the podcast to expose people to?

Earlonne Woods: “Well, when we first created this it wasn’t about what we wanted to show the public, it was about us telling stories for guys and for woman who are incarcerated, because Nigel had a dream of playing them throughout all the institutions in California.

“Now that it is in society, it is us humanizing everybody, and showing that people are the same — they just make different choices in life. Some people make worse choices where they end up in prison, but when you let the guys tell their stories, people can relate because they feel this person might be just like me, they just made a different choice. I hope people continue to stay open and get whatever they get out of them.”

Nigel Poor: “I want to show the commonalities between life inside and life outside, and not have people who don’t have any experience with the prison system be only influenced by bad tv and movies, and poor journalism. I want people to see the obvious fact that people inside prison are just as complex and deal with the same life issues that people on the outside do. Hopefully it will help those who can make change in prison, give them so ammunition to use.” 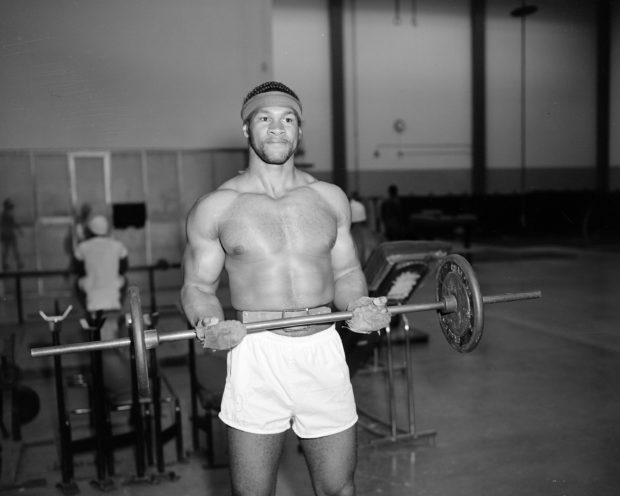 Could you speak about the moment of discovery when you went through the negatives made by prison-appointed photographers and what most impressed you about the archive?

Nigel Poor “It was shocking to me when Lt. Robinson, the Public Information Officer, showed them to me. When he opened the box and I looked inside, there were literally thousands for 4×5 negatives. He told me they were all taken at SQ. My breath just caught. I knew right away it was an amazing treasure trove. They were 4×5 negatives so I knew they would be good quality, but they hadn’t been taken care of, so I knew it was going to be an incredible visual adventure to archive them.

“I started looking at them and they were beyond my expectation. I was shocked he gave me permission to take some back to my studio and start scanning them. I scanned about 10, brought them back, showed them, and then boldly asked if I could take the archive and scan them, and when he said yes, my mind was blown.

“I knew this was the project of a lifetime. As I started scanning them and seeing more, it got more enticing. I realized it was a project I could probably never finish but looking at them and thinking about this sequestered world opened my heart, mind, and creative self. It was astounding, like a visual miracle that this even existed.

“The negative extend from the late 30s to the mid 80s. COs were working with 4×5 cameras, taking detailed images of murders, suicides, and violence, as well as weddings, education, people with pets, everything you could imagine. Then there are incredibly mysterious pictures, that you will never be able to answer why they were taken and what they document – I love that is in some ways ineffable.” 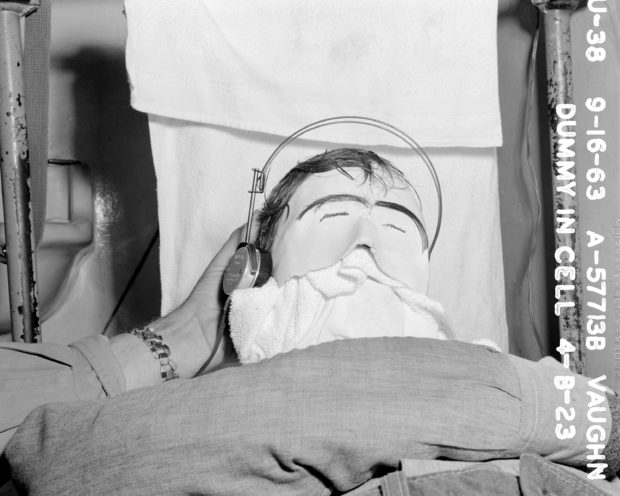 How did this discovery expand your vision?

Nigel Poor: “Initially the vision was to place stories inside the prison so that guys would feel like they are being heard and that their stories matter, and the idea that could spread through the whole California Department of Corrections seemed like a great way to encourage the idea that you story and your voice matter and people want to heart it.

Earlonne Woods: “We entered Podquest Contest by Radiotopia, part of TRX, and out of 1,536 other teams in 53 different countries, we walked away with the victory.”

Nigel Poor: We won because they wanted to help us produce a podcast that would be heard by the outside world, not just by people in prison. We realized that podcasts could be heard everywhere, we had no idea how big it would get and in the first month we had one million downloads. It became more successful than I ever dreamed.

“We’re at 20 million downloads now, and it’s now played in all the prisons in California now, 114 prisons in the UK, others around the United States. It feels like it’s just growing and growing. Our goal is to start traveling to other prisons to do stories that take place in other prisons, and do stories about transitioning out of prison after being incarcerated. 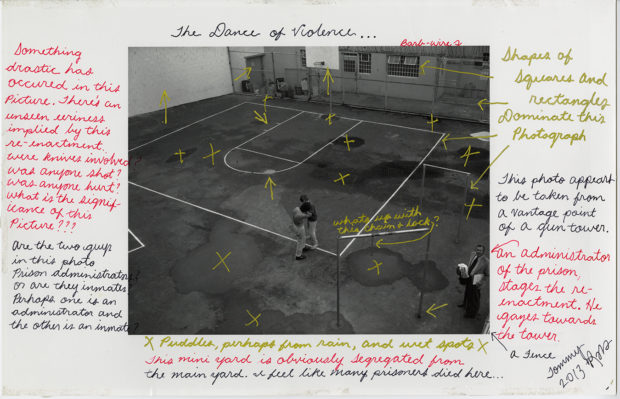 What has been the most rewarding aspect of working on this project?

Earlonne Woods: “On November 21, 2018, the day before Thanksgiving, Governor Brown commuted by 31-year to life sentence down to 21 years and freed me based on my work on Ear Hustle! He said that he felt I had rehabilitated enough, and that I was also helping other guys to rehabilitate, and based on that message he commuted by sentence.

“Also, it’s rewarding when we actually tell a story and all the guys on the prison yard that hear it always come up and talk about it, then they want to give you their life story.”

Earlonne Woods: “Yeah. Even the guys that never wanted to listen to it, or never had time to listen to it, when their families ask about it, they’d be like, ‘What do you know about Ear Hustle?’”

Nigel Poor: “There is tangible evidence that it is changing people’s thoughts about prison and people want to get involved with prison reform. On a personal level for me it’s been a rewarding creative challenge to work in a space that it is so difficult to get anything done in.

“Earlonne and I have been able to navigate the system and create something special and intimate. For me to have worked as a solo artist for 30 years, and then to find joy in being able to collaborate with Earlonne, and having been able to co-create this with him is an exhilarating feeling: to know that you can meet somebody and find a kindred spirit who wants to work as hard as you do and build something from the ground up has been great.” 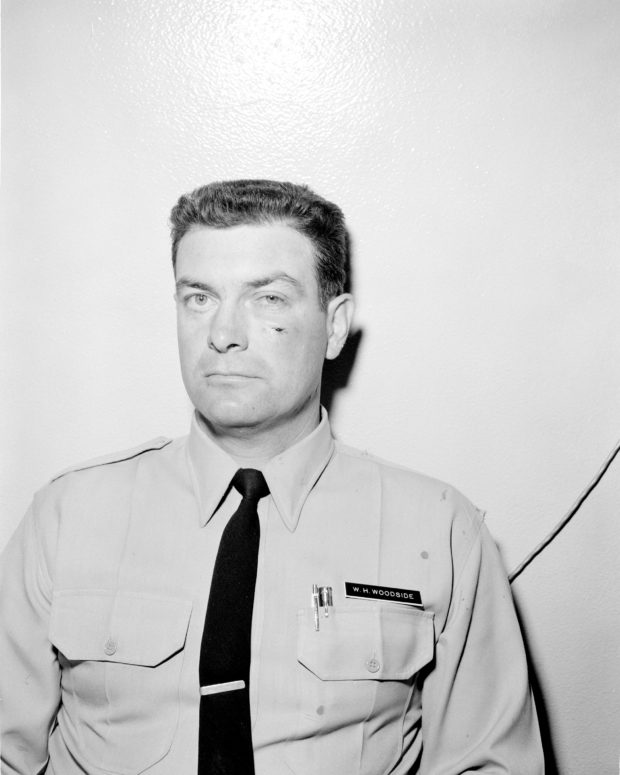 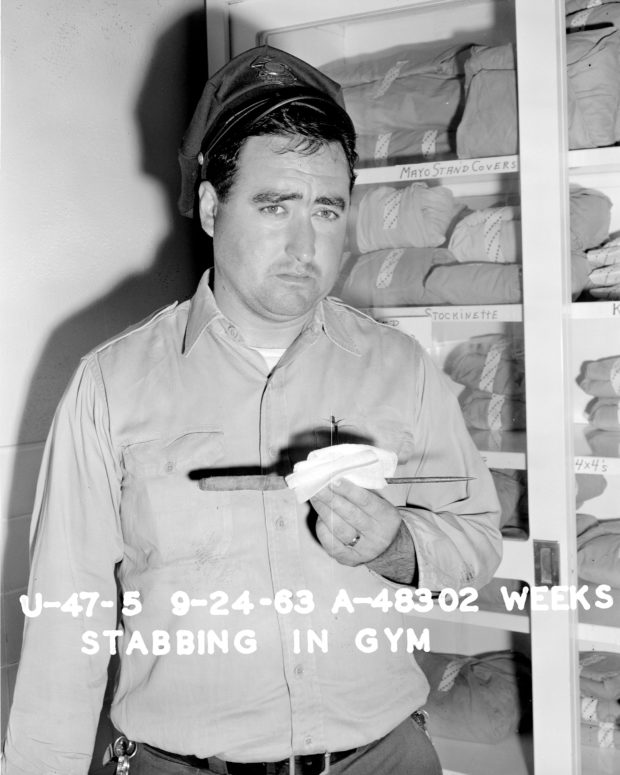 All images: Courtesy Nigel Poor and the San Quentin State Prison Museum, with thanks to Warden Ron Davis and Lieutenant Sam Robinson.