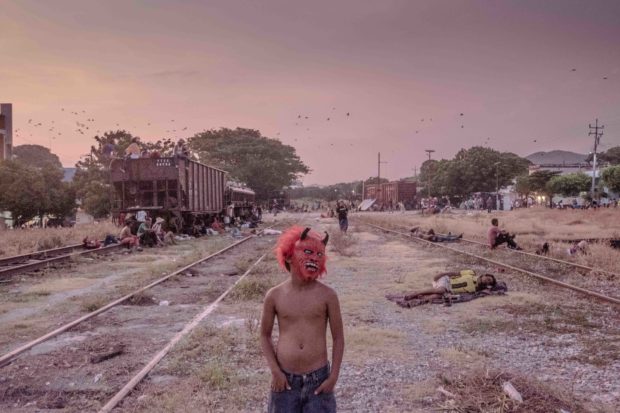 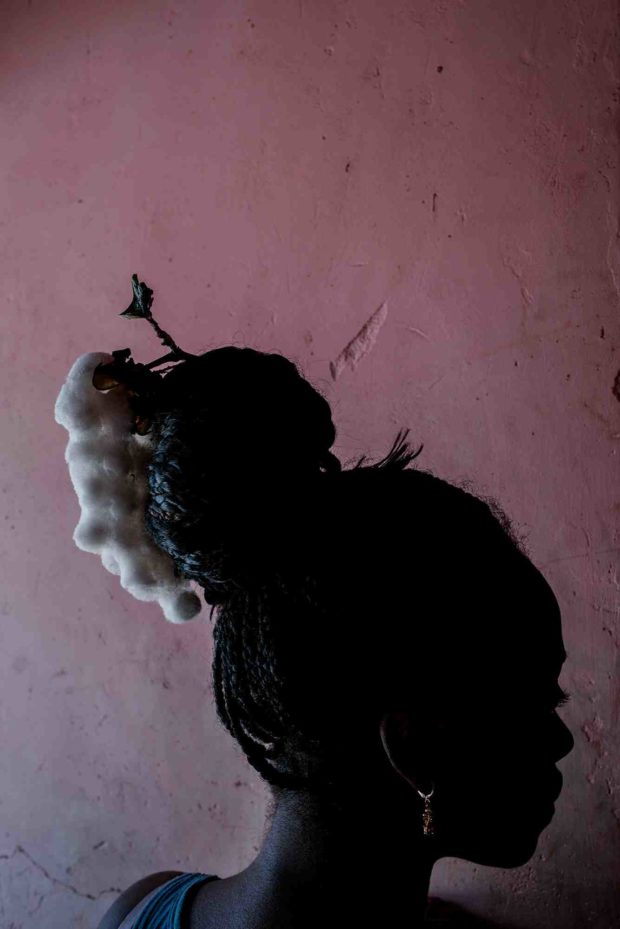 Johis Alarco?n. Nicole Carcelén, 19, plays with a cotton plant in her hair. The black slaves who first came to Ecuador were forced to work in cotton fields, cane fields and coal mines. For Nicole, cotton plants represent the strength of her ancestors and the strength of their blood. La Loma, 2018. 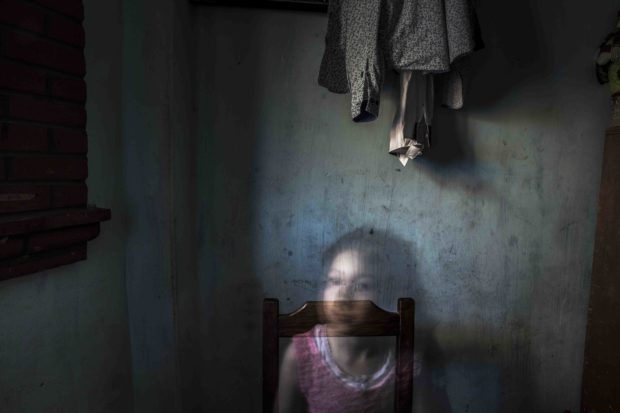 Yael Martinez. Alin Granda at her father’s home in Taxco Guerrero.Ignacio Granda went missing in Iguala Guerrero on May10, 2013 Alin was one year old.With more than 100 thousand deaths that the fight against organized crime has left, there is a generation of children growing in a context of violence. Guerrero Mexico on July 13, 2017.

With the second edition of the Bronx Documentary Center’s Latin American Foto Festival, curators Michael Kamber and Cynthia Rivera provide a space for photographers living and working in Latin America to tell their stories on their terms. The Festival, held in nine venues throughout the Melrose neighborhood of the Bronx, gave some 50,000 residents — many of whom are Latinx immigrants — the opportunity to engage with stories from their homelands through exhibitions, workshops, tours, and panel discussions.

The history of colonized lands is rarely told by those who have suffered the fate of centuries of imperialism that have systemically decimated the people and the lands of every continent outside Europe. Over the past 200 years, the people of Latin America have fought for independence and sovereignty, and against puppet regimes installed by the United States that first began in 1823 under the Monroe Doctrine.

As ICE raids systemically target Black and Latinx communities, the Foto Festival provides a pertinent moment to pause and reflect on the impact of white supremacy in its many forms, and the ways in which those it aims to exploit, oppress, and erase fight back in a struggle for life or death.

In Cimarrona: Women and Afro spirituality in Ecador, photojournalist Johis Alarcón documents forms of resistance against slavery and discrimination taken by Black women living in Ecuador today. Alarcón’s photographs provide a look at the way these women have become guardians of ancestral Afro practices as a means to liberate those who were enslaved from the ongoing horrors of racism.

Colombian documentary photographer Andrea Cardona dives into the darkest chapter of his personal history in the series Destroyed Family. “On February 10, 1993, when I was 3-years-old, my father and uncle were killed by the National Army in the south of Colombia. They were accused of being guerrilla fighters, shot without trial, and left in a mass grave for eight days,” he writes in the Festival’s catalogue.

Here, photography becomes a means to tell his story, mediate his pain, and honor nearly 20 relatives who have been killed since the conflict first began in the 1950s. Cardona’s images are haunting and harrowing, and yet within this unimaginable space of trauma and grief, the light of love shines like the divine, offering a quiet space for acknowledgment, solace, and peace.

With her photographs, Fabian asserts the glory of women whose ancestry has been used to subjugate them for centuries. Photographing her family and friends, Fabian collaborated with closest to her to create portraits filled with love, respect, and understanding in order to create images that speak to and for those whose identities have been misrespresented, marginalized, and diminished by the power structure.

In La Ruta Progreso, Puerto Rican artists Christopher Gregory, Natalia Lasalle Morillo, and Erika P. Rodriguez traces the Panoramic Route to explore the notion of “progress” on an island that is trapped in a kind of purgatory as a commonwealth of the United States.

The Panoramic Route, created by Puerto Rico’s first democratically elected governor Luís Muñoz Marín, is a 269-kilometer path from coast to coast through the mountainous center of the island. It began in the 1950s, and was completed in 1975 at the cost of $20 million to the island residents. Intended to draw locals and tourists into the heartland, it faded into obscurity, becoming another chilling marker of power, entitlement, and grandiosity.

The allegorical images from the series further underscore the plight of Puerto Rico continues — as an estimated half million people have taken to the streets calling for the resignation of Governor Ricardo Rosselló. In this way, the Latin American Foto Festival is an important reminder that in order to fight the power, we must begin by controlling the narrative. 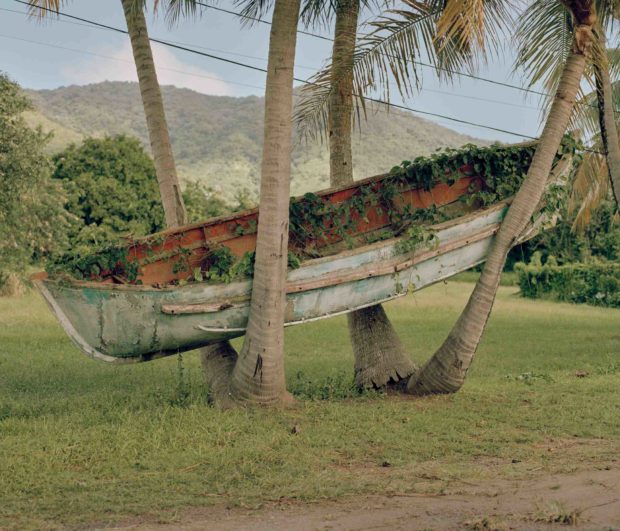 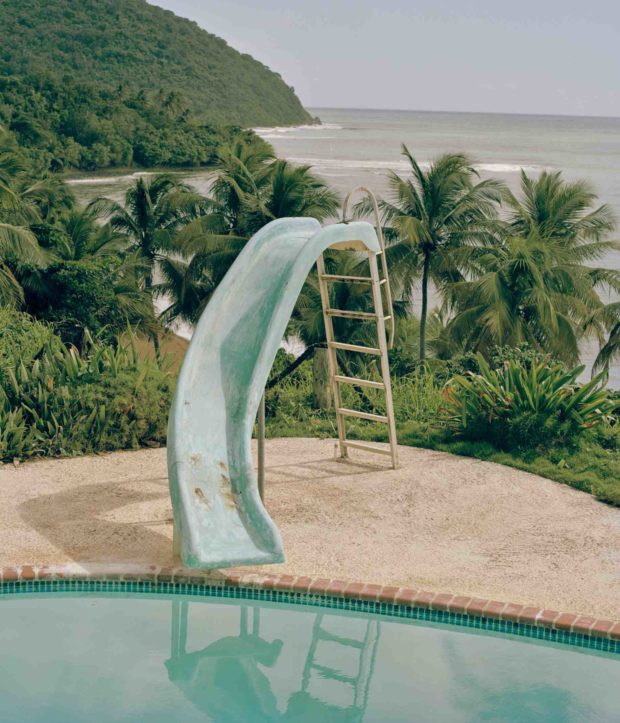 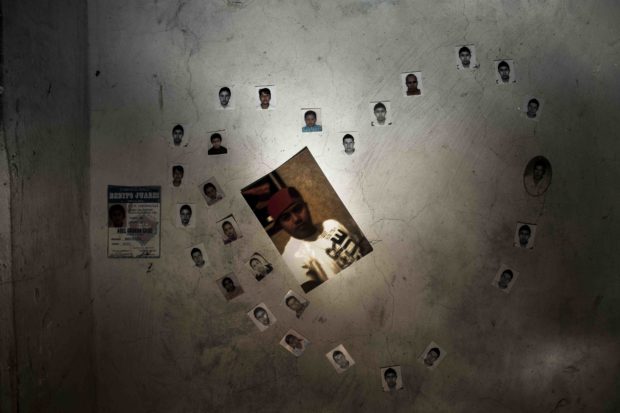 Yael Martinez. Family heart .photos on the wall of Perla Granda’s (my sister-in-law) bedroom of her missing brothers. She is 14 years old, she is in high school. She lives with her mother and Her sister Sandra at Taxco Guerrero Mexico On September 10, 2013. 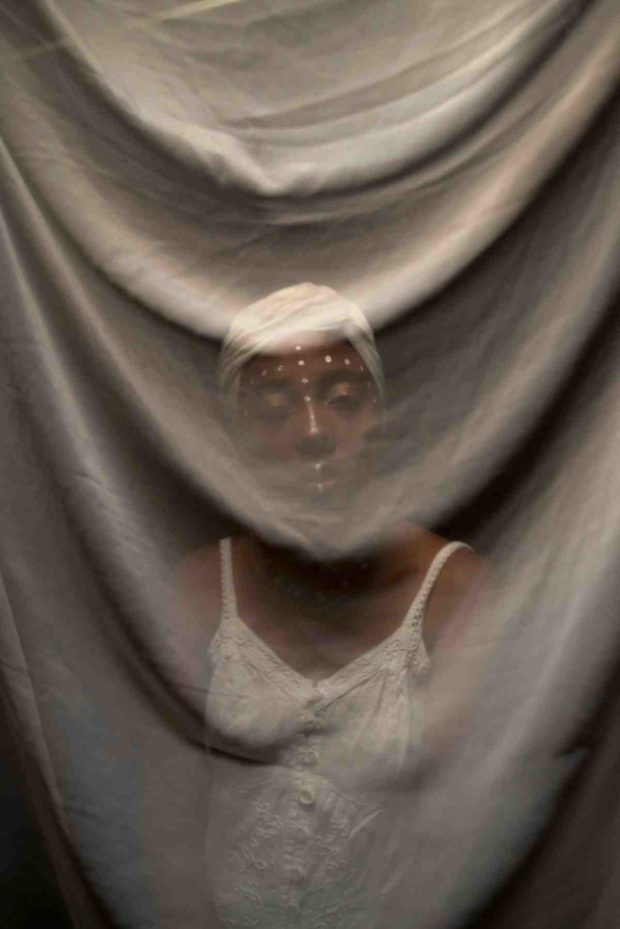 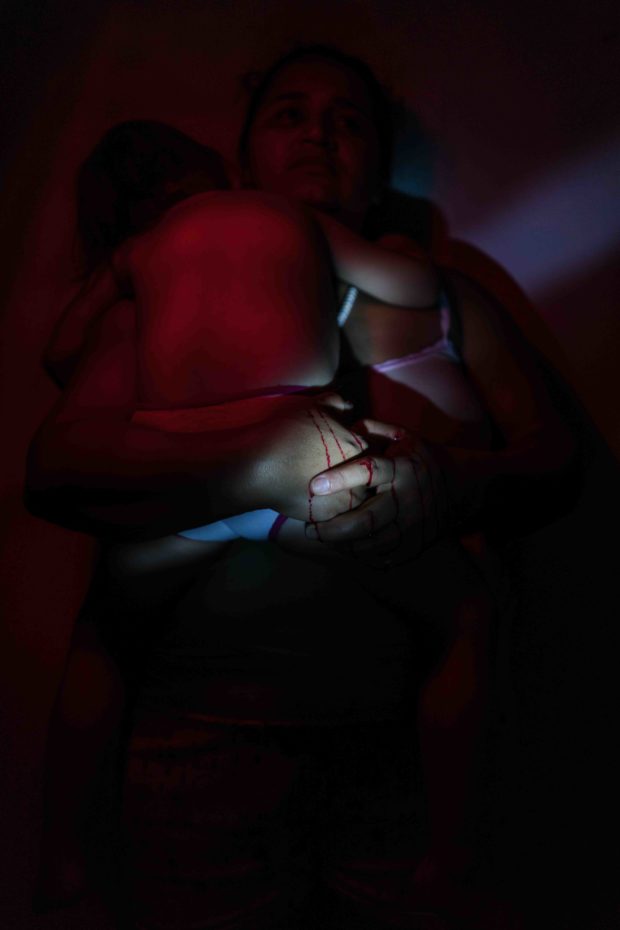 Andres Cardona. “After the death of my mother, my uncle and my father several in our family began to dream of blood, pain and seeing how other people in the family died.” – Andres Cardona 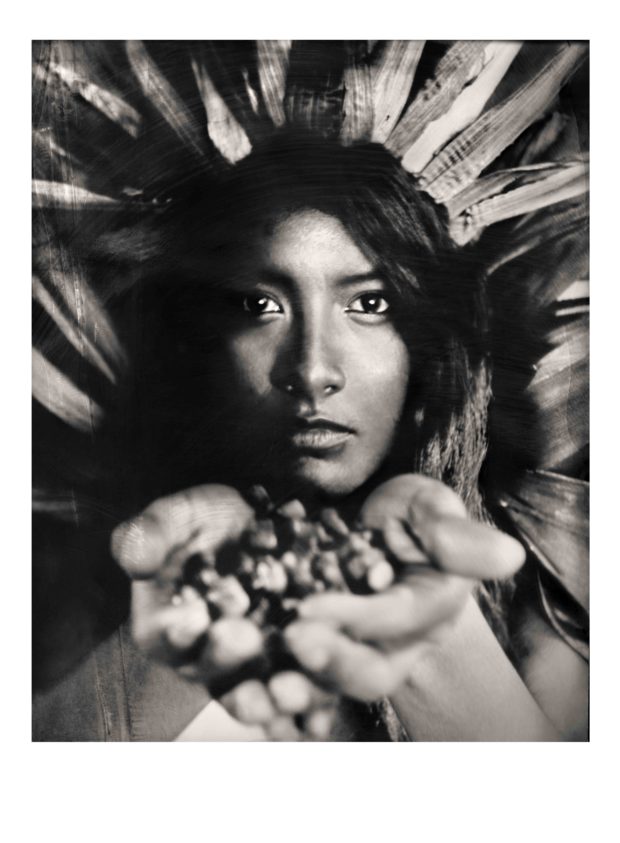 All images: © the artist, courtesy for the Bronx Documentary Center