Scenes from A Pivotal Era in the Gentrification of Miami Beach 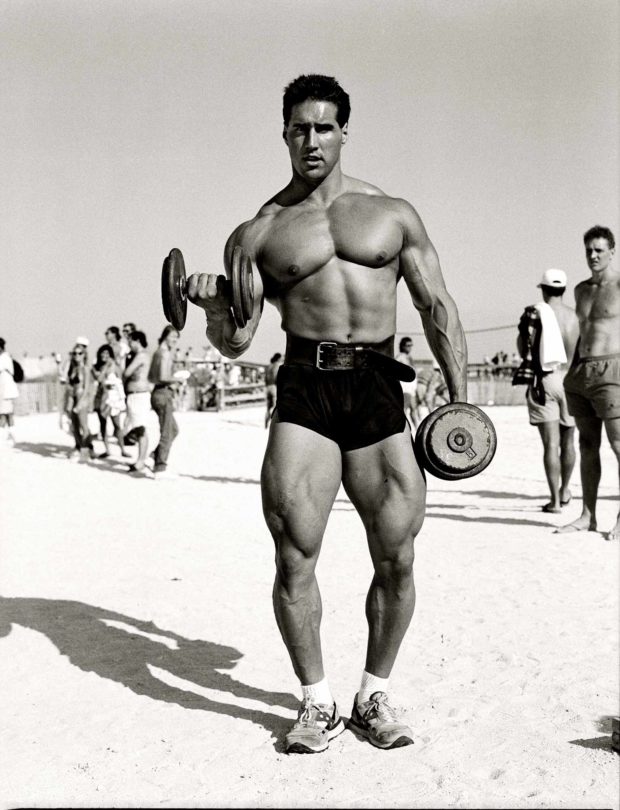 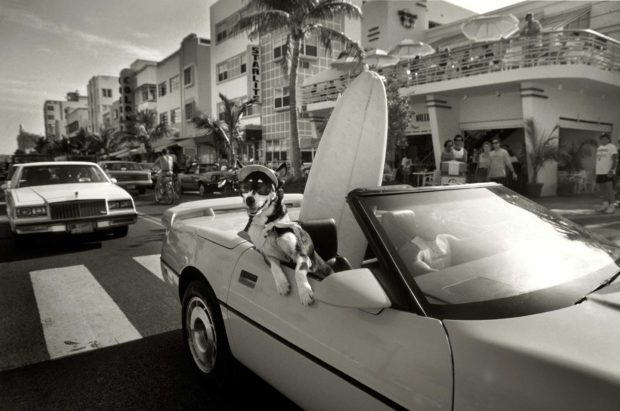 As with nearly every major city across the United States, Miami Beach was reduced to a shell of its former self. As the Nixon White House policy of “benign neglect” systemically denied basic government services to Black and Latinx communities, white flight caused the economy to plummet into the abyss.

Nixon’s attack on minority communities didn’t stop there as he invented the “War on Drugs” in 1971 as a way to criminalize the Black community and build the foundation for the prison industrial complex, in which legal slavery openly flourishes across the nation.

Under the weight of state-sponsored terrorism against the very citizens it purported to serve, cities collapsed into a horrific vortex of poverty, crime, illness, and death. Miami Beach was particularly hard hit as it became the stomping grounds for Colombian drug cartel during the 1970s and ‘80s. By the time Fidel Castro emptied the jails and sent 125,000 Cubans to Miami on the Mariel Boat Lift in 1980, Miami Beach’s glory days as tourist destination were a thing of distant memory.

Invariably, the destruction of Miami Beach did not last long, for wealthy South American investors and American real estate developers recognized a bargain when they saw one. By the end of the 1980s, the turn about had begun, and businesses like art galleries, nightlife, restaurants, and hotels began their return, ushering in a new age of wholesale gentrification.

British photographer and filmmaker Barry Lewis was in the mix, documenting the early years of gentrification in his new book Miami Beach 1988-1995 (Hoxton Mini Press). His photographs bring us back to a pivotal time in the city’s history, when the power brokers were able to capitalize on a community profoundly devastated, and begin to erase them from what little they were able to retain.

“The tourists were returning, promenading down Ocean Drive and Washington Avenue, mingling with the Latinos, gays, transvestites, crazies and kids step-dancing along the sidewalk with beatboxes to their ears,” Lewis writes. “In the background, real estate agents, unnatural in their sharp suits, could be seen eyeing up the crumbling deserted hotels. ‘For Sale’ boards soon went up, rapidly followed by ‘Sold’ signs; property was hot and the sharks were circling.”

It’s an ominous image that underscores the larger capitalist enterprise that has been decimating cities across the nation over the past three decades. As Lewis’s photographs skims along the surface, we are taken for a ride as any tourist might see Miami Beach through this pivotal era of gentrification.

Attracted to the buoyant and flamboyant in equal part, Lewis’s photographs embrace the raucous, the curious, and the quirky in equal part. We see Miami beach as an outsider would, enjoying the city on holiday, knowing we are here for a good time, not a long time, to paraphrase Drake. This Miami Beach is nobody’s home; it doesn’t even seem to belong to the people who live there. They, like the beaches and the nightclubs, are sights to be savored and enjoyed — the picture perfect American postcard of capitalism at work and at play.

Lewis’s photographs are lush, vivid, and alluring scenes of a city in transition, its survivors disappearing in plain sight, and in there place a new world emerging that exists for those who can afford its pleasures, any time of day or night. Even, as Lewis acknowledges, the 1997 assassination of Gianni Versace couldn’t slow things down. “It was soon fine to do selfies in the spot Versace died,” Lewis writes, the ultimate epitaph to all that was sacred about Miami Beach. 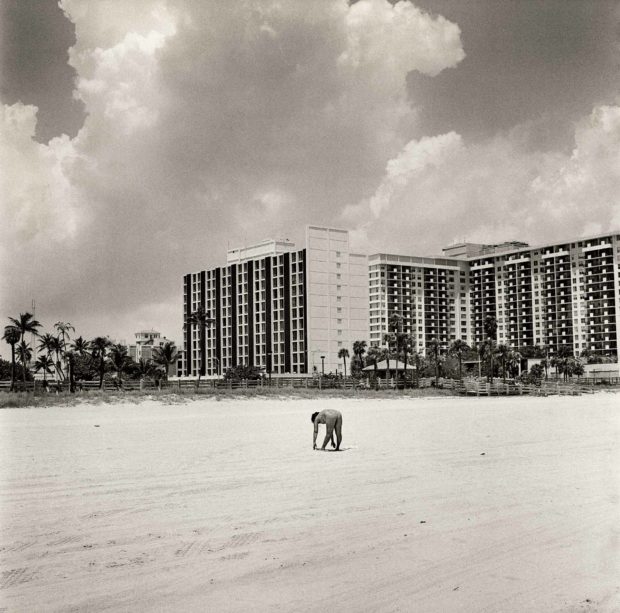 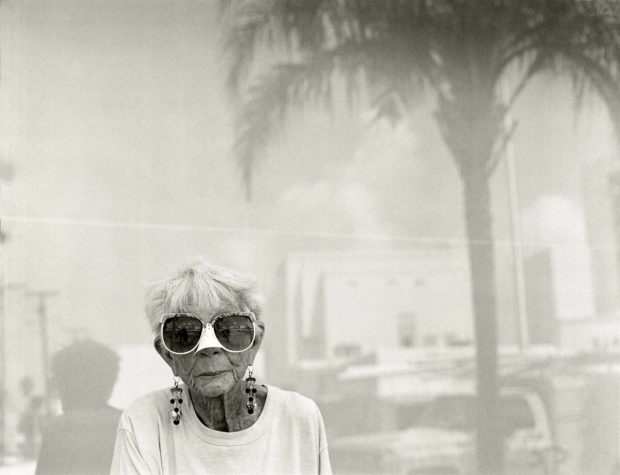 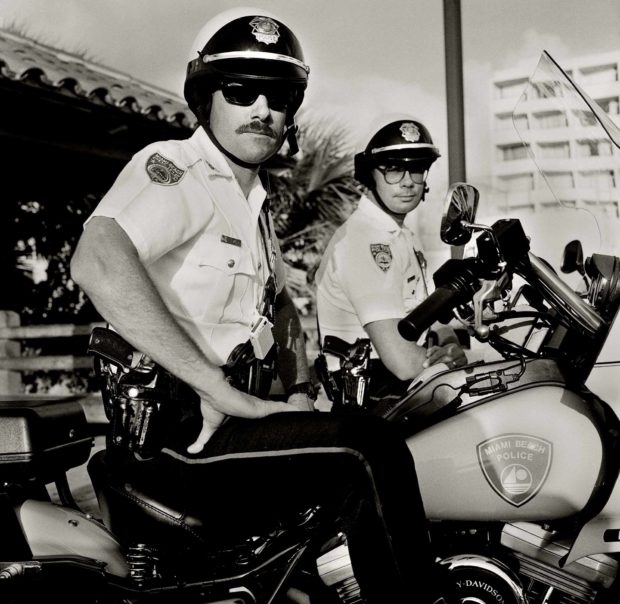 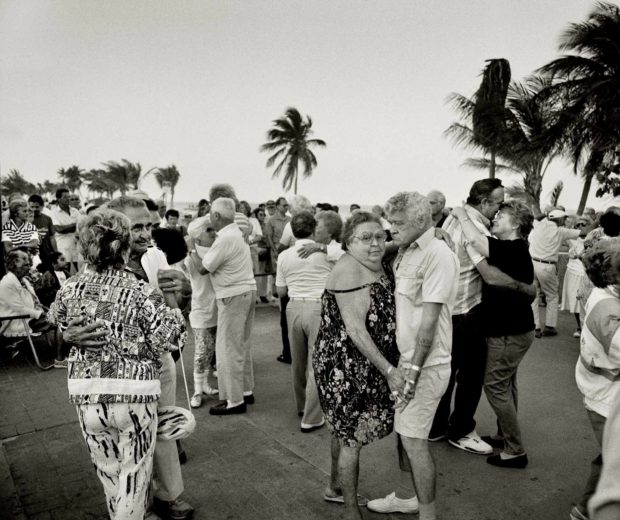 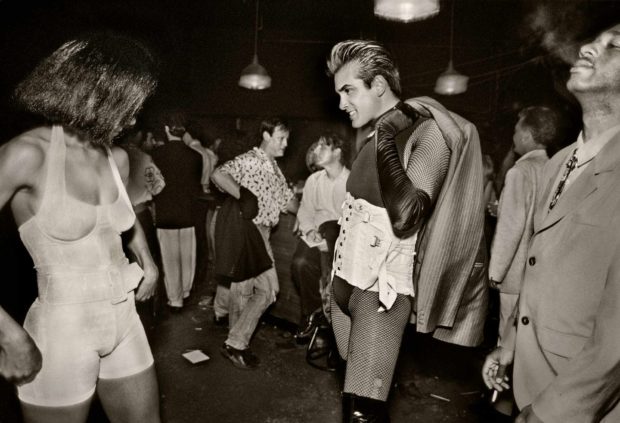 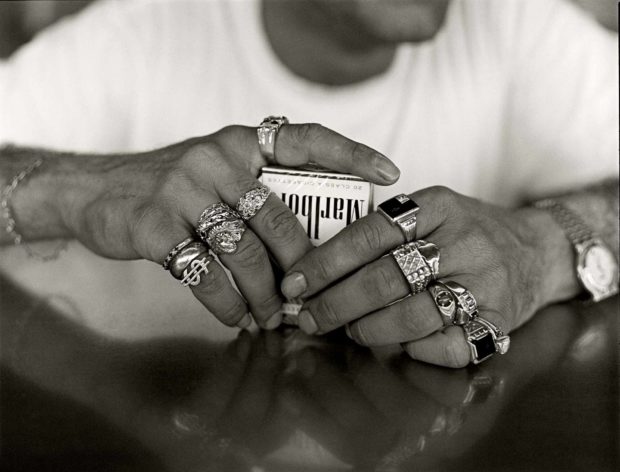 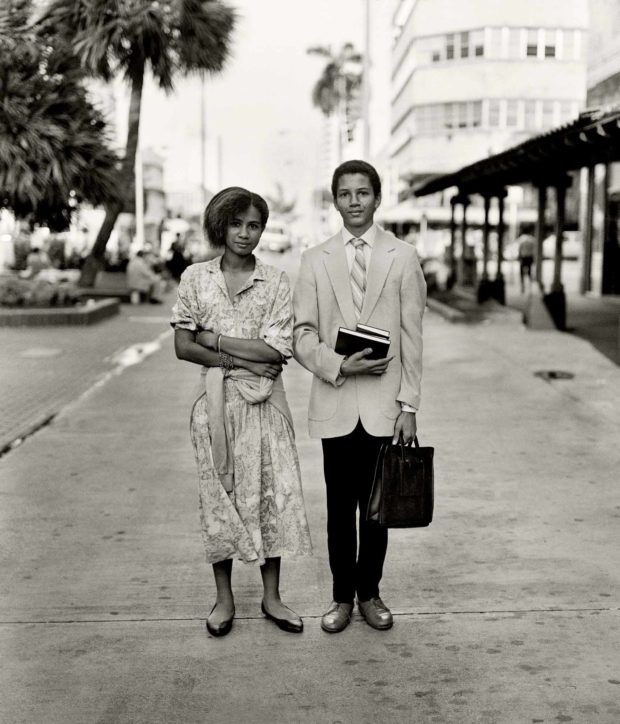 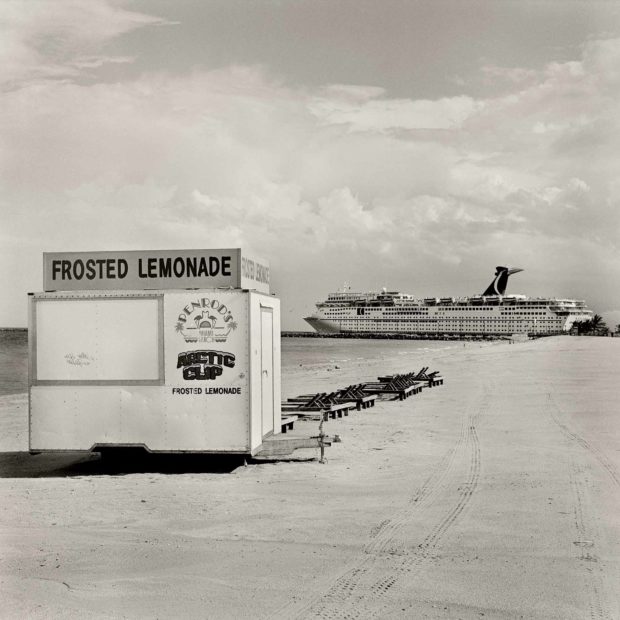