Born to be bad: Brad Elterman, one of music’s most influential rock ‘n’ roll photographers 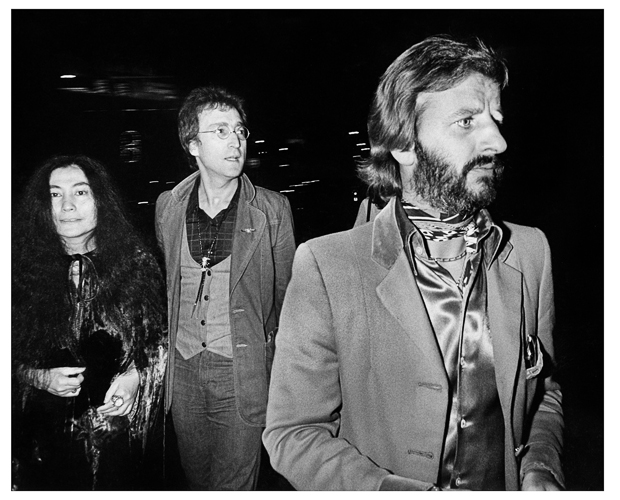 At just 19 years of age, he had already managed to photograph Bob Dylan and David Bowie, hung out with The Runaways, and had his work published in magazines all over the world. This is Brad Elterman, an artist whose work serves as a comprehensive visual history of rock ‘n’ roll.

If such a thing as reincarnation exists, I’d like to reincarnate as Brad Elterman. This is a man who seemed to have the very useful superpower of always being in the right place, at the right time.

This morning, 40 years after taking this @ramones photo, I am at @milk signing this edition for @morrisonhotelgallery . #Ramones

At @milk today signing my @joanjett photo from ‘78. I remember that day clearly. Joan and I were hanging out at the old Tropicana Motel and afterwards we went across the street to take some photos for our social media!! ?

Originally from the San Fernando Valley and born far from the celebrity scene, Elterman slipped his way into Sunset Strip’s hippest pack as a teenager, but he surfed that crowd like a champ. Despite his age, he had the ability to survive both the sparkling glamor and glorious degeneracy of Los Angeles in the 1970s and 80s and come out of the other side as a legend.

His list of friends and photographic subjects reads like a who’s who of twentieth century pop culture. Elterman had a front row seat to one of the most exciting times in the history of music, being witness to the explosion of Punk Rock, the Second British Invasion, and the glory days of Glam and New Wave. 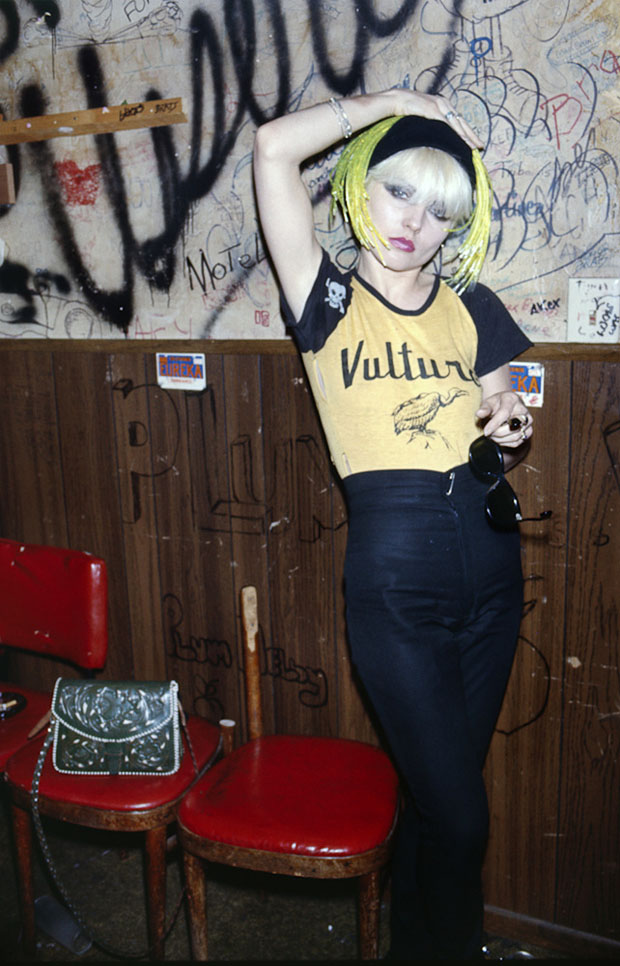 In a time when most photographers decided to portray these artists performing on stage under the glitz and spectacle of the limelight, Elterman decided to point his camera in the opposite direction.

He portrayed these idols in their downtime, presenting them as normal people that watched TV, ate fries and played soccer. Curiously, while he renders these superstars as vulnerable human beings, he does it with such taste and respect, it actually exalts them.

His lens punctures the impenetrable shell of celebrity and gives us an intimate view into the lives of the people who shaped entertainment in one of the most vibrant times in history.

His work has been published almost everywhere, from NME, Melody Maker, Rolling Stone, and the National Enquirer, to now extinct magazines like Popcorn in Germany, Pop Foto in Amsterdam, and Rock Show in Tokyo.

A long time ago I was hanging out with @joanjett at the old Tropicana Motel in 1978 when the telephone rang and I made this photo. #joanjett #tropicanamotel #therunaways

Elterman has also released a handful of spectacular coffee table books collecting his photographs, among them Like It Was Yesterday and his latest, Dog Dance.

Today, he continues to capture the contemporary music scene, photographing acts like Sunflower Bean, HAIM, Mac DeMarco, The Horrors and The Paranoyds.

We had the immense pleasure of chatting with him about his career, celebrity, and of course, rock ‘n’ roll.

How did you discover Rock ’n roll? Do you remember the first record you ever bought?
“I don’t know how I discovered rock ’n roll. It just sort of happened. Probably from the AM radio in my parents car. My first record was Love It To Death by Alice Cooper. Not only was the music great, but Alice put so much into the design of the record. You would open it up for the very first time and it was like WOW!”

I was wearing shorts at @milk today where I signed this limited edition modern print. Check out my new store on my site!! #milkstudios #milkdigital . Photo by @technikal_support #filthmart 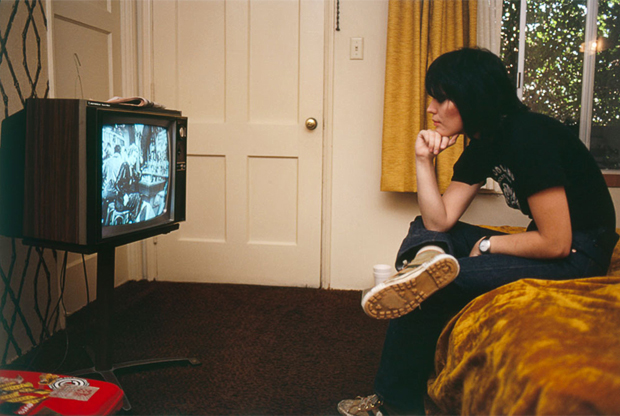 You’ve captured some of the greatest musical acts of all-time – from Frank Sinatra to The Beatles. Is there a band or artist that you would’ve liked to photograph but never got the chance?
“ELVIS! He was so cool and he never went out. His manager Col Parker never wanted Elvis to be photographed and that made it even more exciting and compelling.”

How did you become friends with Joan Jett? There’s something in her eyes in those pics that makes you feel that she’s not looking at the camera, but at you. There’s a personal connection there. Are you guys still close today?
“My relationship with Joan was a teenage friendship. Things were just starting to happen for us. Joan with her music career and mine with the camera and getting published in all sorts of cool music magazines around the world.

“There was an incredible feeling of trust. The Runaways and their producer Kim Fowley was DRAMA all the time. Screaming and yelling all the time. Joan wanted nothing to do with all the drama and had a shy side to her. Like Joan, I was on the quiet side and could not be bothered by drama.

“Today, I rarely see or hear from Joan. The only way I know how to contact her is though her manager. I am in touch with Cherie and we are supposed to go to the Rainbow Bar and Grill on the Sunset Strip this week!”

This morning I headed down the Sunset Strip to sign my @joanjett print from ‘77 at @milk . #2 from a edition of 3. #joanjett

Is there any band today that excites you as much as those stalwart acts of the late 70s and early 80s? Do you feel these days the same “buzz” in the air?
“No, not really. I adore Sunflower Bean and Arrow DeWilde, but it’s not the same. Not the same sort of vibe. That said, I am always looking for cool young bands to photograph. Any ideas?”

Do you think there’s any difference between today’s celebrity scene and that of the late 70s?
“Yes. There are no celebrities today. There are some compelling characters who I would like to photograph, but not what I would call real celebrities.”

@richgreens and I drove over with @hollysilius to see our fav band @sunflowerbean this weekend. We headed backstage and I made this photo exclusively for @purplefashionmagazine !! #sunflowerbean

Do you patiently wait for the magic to happen, or do you give it a push? What’s the secret behind capturing so many iconic moments?
“With some subjects, the magic just unfolds in front of your eyes. Others need to be pushed a bit. For me, I was blessed with talent everywhere. There were so many cool bands to photograph in the ’70s.

“Young photographers today should find a band or talent who inspires them. Work with them. Go on the road with them in the van. Take photos of everything. Develop trust. Learn when and when not to take photos. Do not be afraid to share your work on the Internet. Instagram is your best friend for showcasing your best photos.

“But do not over post. Take photos every day. Approach new bands who pull into your town. MOST IMPORTANT IS TO DEVELOP YOUR OWN STYLE!! You need to have your photos show authorship. This is the toughest part of photography. Take chances!” 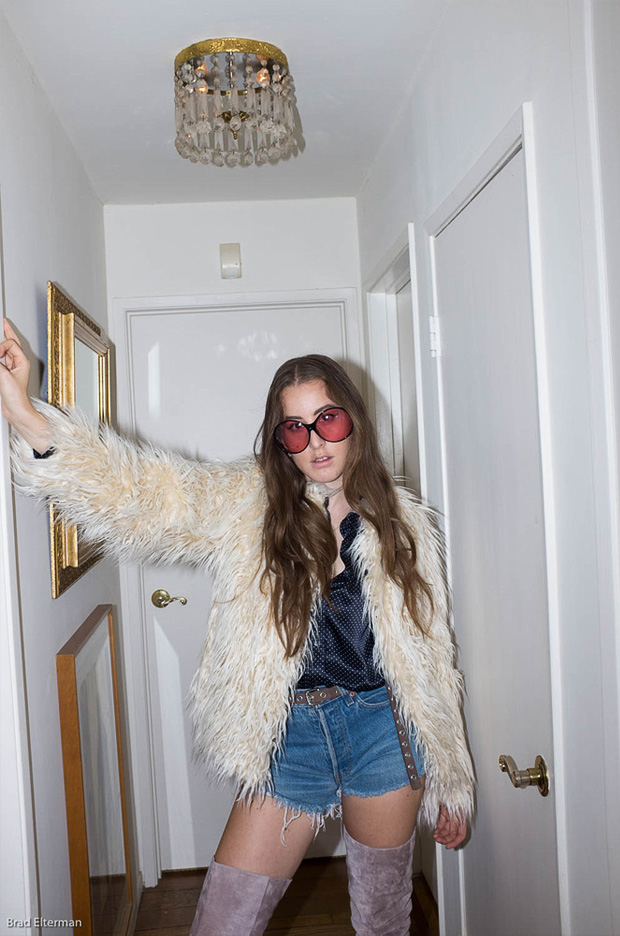 Any updates on the film project about your life? Can you tell us a bit about it?
“I am on the fourth draft of my film. The working title is Dog Dance, the title of my last book.

“The story is about the celebration of an era and also the emptiness of an era. A rock and roll version of La Dolce Vita. How a teenager cuts high school so he can make a photo of a British rock star named David Bowie, in 1975, and how he walks away with more than a photo. He walks away with a dream. Orian Williams from Control will produce.

Late Summer, 1975. David Bowie and arranger Paul Buckmaster leaving Cherokee Studios, Los Angeles. They were working on a potential soundtrack for "The Man Who Fell to Earth" which was rejected by its Director, Nick Roeg . Photos Brad Elterman pic.twitter.com/JJf8IF8cxK

What do you think about the state of the industry right now? Any particular thoughts on Instagram and smartphone photography?
“The industry has changed so much. It is fascinating for me because I was there when it was film and there were so many magazines and record companies buying up photos. Instagram is your showcase, your rep. That is all you need these days, but your photos need to be good.

“One of my favorite cameras is my iPhone. There will always be a handful of photographers making a living taking photos of bands. It used to be back in the day that everyone wanted to me a model or an actor. Today everyone wants to be a photographer. I could count my competition on one hand back in 1977.”

There’s a scene in Almost Famous where young William Miller asks Penny Lane why she doesn’t have any regular people for friends. And she answers she just thinks famous people are more interesting. Do you concur?
“No, I like simple real people. I like creatives too, but I do not care if someone is famous. So LA!”

With my good buddy @utnicky at the @leica @theaidsmonument charity bash in WEHO dancing under the STARS!!!!!