18 Workshops, Panels, And Events You Shouldn’t Miss at Photoville 2015 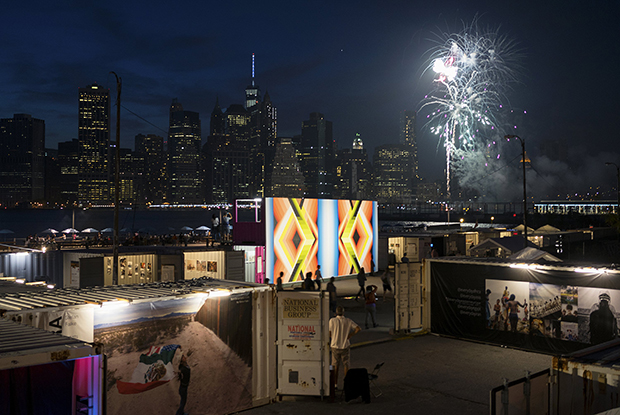 Featuring everything from a dog friendly photo booth to exhibitions on ebola, child marriage and poverty in America, Photoville, NYC’s largest annual photo event, is right around the corner, and from the lineup of happenings, it looks like once again there is something for everyone.

Feature Shoot will be presenting the Flora & Fauna exhibition featuring 25 works chosen by our Instagram followers, and I’m moderating a panel presented by PhotoShelter entitled PR For Your Photography: The Secret To Getting Featured. We’ll also be going on a photo walk with @thenytimes.

Here are some of the other exhibitions, events and panels on our radar. We’ll be Instagramming from the event over the next few weeks so make sure you’re following us on @featureshoot! 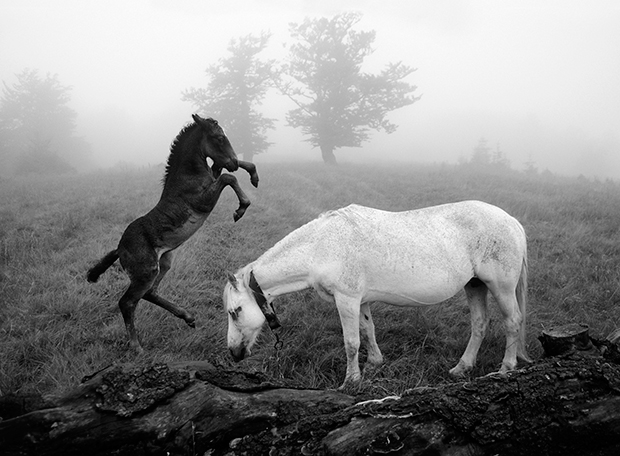 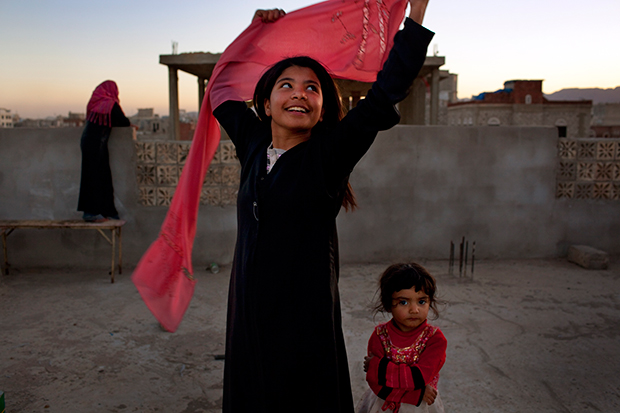 EXHIBITION: Too Young To Wed | Photographs By Stephanie Sinclair, September 10-20, 2015.
Presented by Too Young To Wed and Curated by Stephanie Sinclair and Christina Piaia.
Worldwide, many brides are still children, not even teenagers. In fact, child marriage affects one in three girls in the developing world. Award-winning photographer Stephanie Sinclair first stumbled upon the issue of child marriage more than a decade ago while on assignment in Afghanistan, and she’s been committed to documenting it worldwide ever since. In every community, she has encountered activists—mothers, fathers, village elders, and even other children—who oppose the practice and want to see change.

As a non-profit organization providing visual evidence of the human rights challenges faced by women and girls around the world, Too Young to Wed calls on governments to make it a foreign policy priority to end child marriage and many of the ills associated with the practice: poverty, hunger, gender inequality, child and maternal mortality, lack of education, and the spread of HIV/AIDS. 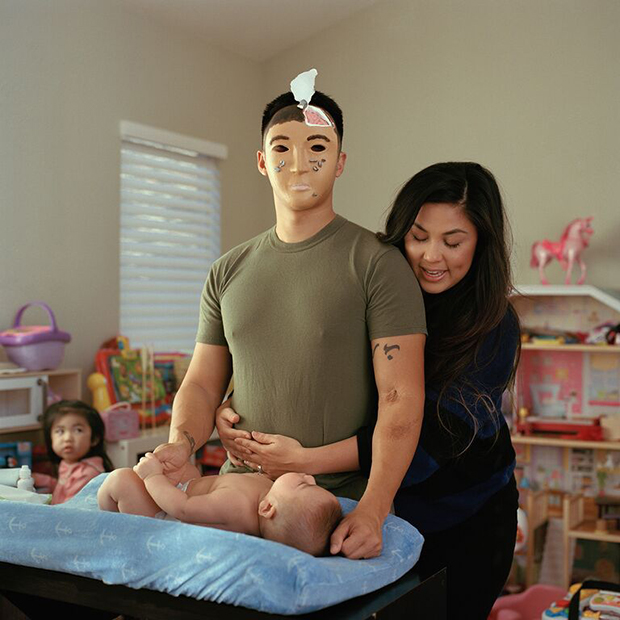 EXHIBITION: Blast Force Survivors, September 10-20, 2015.
Supported by United Photo Industries and featuring Lynn Johnson.
“I got blown up.” That’s what they say. Blast force—the signature injury of the conflicts in Iraq and Afghanistan—creates a pressure so powerful it can be seen before it is heard or felt. Soldiers remember confusion, deafness, slowdown, the feeling of being squashed. And the soldier is never the same. They say they feel “crazy:” hyper-vigilant, sleepless, suicidal. They have language and hearing problems, memory loss and migraines. They anger easily. They abuse alcohol and drugs. Wives and lovers leave them, and their children fear them. Soldiers long for a missing arm, leg, eye—a visible wound that would command respect and understanding. The veterans in these photographs—Aaron, Bo, Chris, Perry, Tiffany and Maj. Jeff Hall—found help at the National Intrepid Center of Excellence, a Department of Defense institute that serves some of the 360,000 men and women damaged by blast force injuries. In addition to receiving sophisticated imaging and care from physicians and therapists, soldiers make masks. Making art cracks open the trauma and then knits the brain. The masks, like MRIs of their psyches, make the scars of blast force visible, a first step to healing. 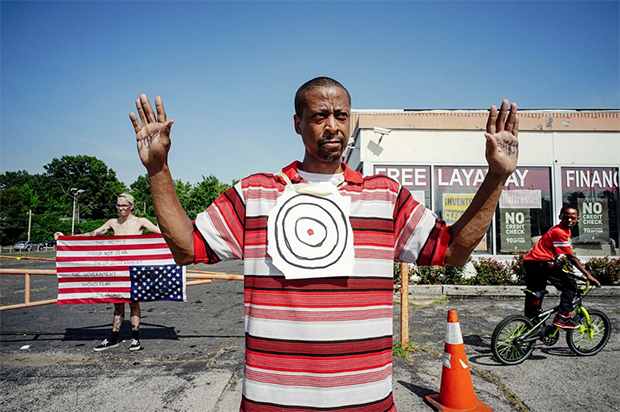 EXHIBITION: When Living Is a Protest, September 10-20, 2015.
Presented by United Photo Industries and featuring Radcliffe Roye.
Recently, news of Black men and women being killed by some members of law enforcement has raised the consciousness of this country to see how black folks have been living. With the increase in social media platforms and the use of smart phones to both document and record everyday life, the United States and the world on a whole are seeing first hand the evidence of complaints that can be traced back to the death of Emmett Till.

In 2015, I walk around Brooklyn, South Carolina, Mississippi, Memphis, Manhattan, and Ferguson, photographing, recording and reading the tales of those whose living is a testimony to this ongoing struggle. This Exhibition is my attempt to show a glimpse into what it means to live in ‘the struggle.’ From photographing everyday life in places like South Carolina, Memphis, and Mississippi, and documenting some of the tumultuous protests from the streets of Ferguson and New York City, I show you the faces of those whose lives are spent in protest. 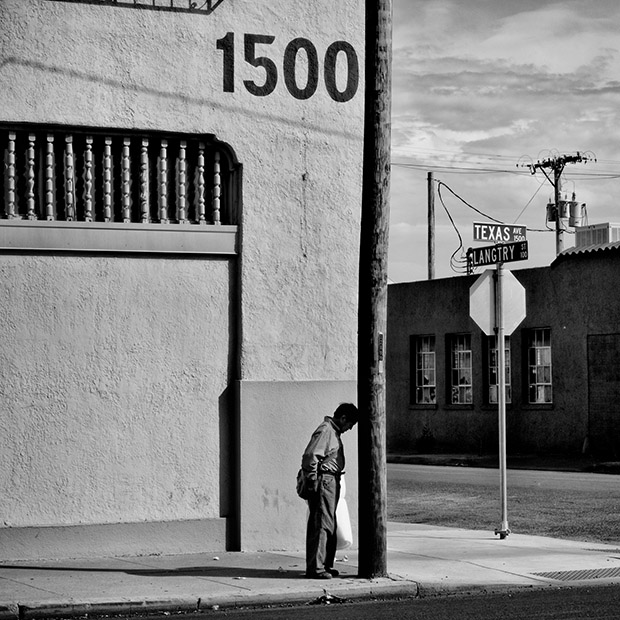 INSTALLATION: The Geography of Poverty, September 10-20, 2015.
Supported by The Economic Hardship Reporting Project, MSNBC, and The Pulitzer Center and featuring Matt Black.
The most vulnerable Americans are being crushed by the grip of poverty, from the deserts of the Southwest through the black belt in the South, to the post-industrial, rusting factory towns that dot the Midwest and Northeast.

From border to border, high-poverty rates have crippled entire communities, leaving bellies burning with hunger and hope of better days dwindling. Income inequality has widened in recent decades while upward mobility has declined. A tiny percentage of high income Americans hold the majority of the wealth in this country. Quite plainly, the rich have grown richer and if you’re born poor here you’re likely to die poor. The slight declines in the national poverty rate have done little to allay the day-to-day plight of so many who are just scraping by, largely invisibly and along the margins. 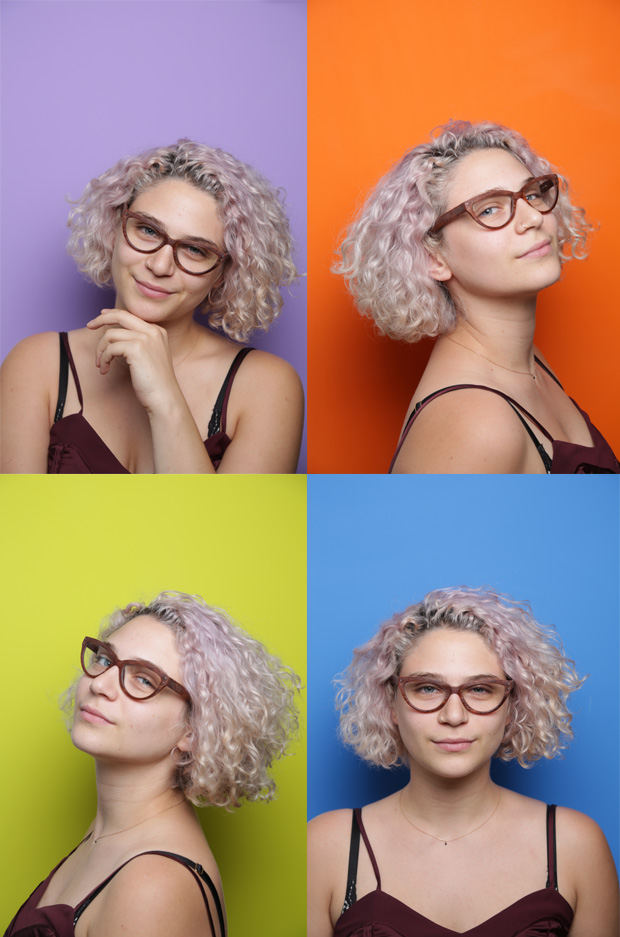 DROP IN: The Photographer’s Playdate: What Color Is Your Aura? Saturday, September 12th, 12:00PM-10:00PM in the Activity Tent
Presented by Aperture.
Inspired by the recent publication The Photographer’s Playbook, Aperture will be hosting an “aura” portrait studio, based on an assignment by photographer Bill Armstrong. During this studio session, you will meet with an “aura consultant” to choose which colors best represent your aura. Your picture will then be made against the selected colors, and you will be given a set of four portraits. Decide which portrait best captures what you feel is your true aura.

DROP IN: Cyanotypes, Saturday, September 12th, 2:00PM-4:00PM in the Penumbra Tent.
Presented by The Penumbra Foundation.
The Penumbra Foundation will offer an introduction workshop to the Cyanotype Process. Participants of the workshop will be given a piece of paper pre-coated with the Cyanotype synthesizer on which they will place small objects (also supplied) before putting this assembly in sunlight. After the exposure, the paper will then be developed in a tray of tap water. This workshop is especially designed to introduce children to the Cyanotype Process; however, adults are certainly welcome to participate. Materials are provided, though small, transparent and/or translucent objects may be brought to the workshop as well as black and white negatives up to 4 x 5. 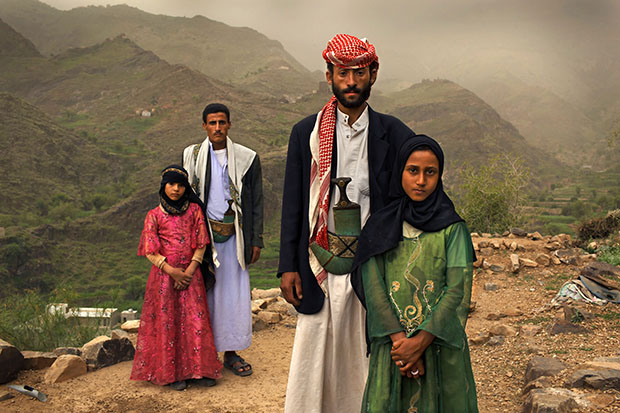 PANEL: Influencing Policy and Social Change Through Photography, Saturday, September 12th, 4:00PM-5:00PM at the Photoville Pavilion.
Featuring Michelle Bogre (Moderator), Debi Cornwall, Stephanie Sinclair, and Brooke Singer.
Photographers spend a lifetime bringing attention to some of the most urgent crises of our time and yet, what happens after they click the shutter in world full of images? As the industry evolves, so does the role of photography. Having acknowledged the limitations of the stand alone image in effecting change, these photographers sought out ways to create broad social impact and policy reform through their long term projects and accompanying campaigns.

EVENT: Print Swap, Sunday, September 13th, 6:00PM-8:00PM at the Photoville Pavilion.
With special guests Gowanus Darkroom, BKC, and Brooklyn Grain
A free, RSVP event for photographers who want to show, share, and swap their work! Guests will be asked to bring at least (2) and up to (5) prints that they would be willing to trade with other artists in an effort to learn about new work, get feedback on their prints and projects, and network with their peers. This is a fun, free, and low-stakes swap that mirrors Photoville’s mission to build community among photographers through affordable, accessible public events and art-happenings.

All Print Swap participants will also be automatically entered to win raffle prizes, generously donated by local studios spaces and community darkrooms. Prizes can either be accepted by the winner, or, at their discretion, entered back into the swap and traded for other prints or prizes. 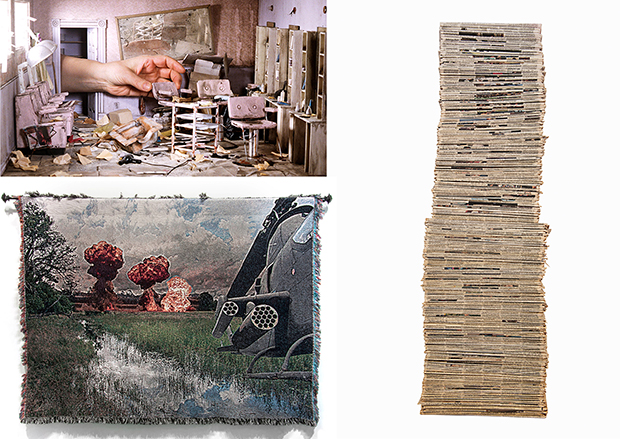 PANEL: Behind the Scenes: The Photo Editor, Saturday September 19th, 3:30PM-4:30PM at the Photoville Pavilion.
Featuring Nina Berman (Moderator), Meaghan Looram, Paul Moakley, Amy Pereira, and Vaughn Wallace.
For photographers, photo editors are gateways to getting their stories before a larger audience. This panel will look at the process from the photo editor’s perspective – we’ll dissect what it takes for a story to go from idea to print. Once they have story concept, how does an editor champion this all the way to publication? How have they been successful in navigating this system and what are their challenges? 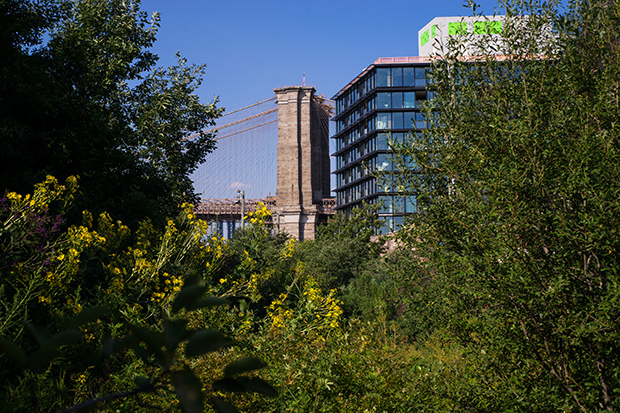 ACTIVITY: @nytimes Photo Hunt, Saturday, September 12.
You’re invited on a photo hunt with the @nytimes Instagram Team. The team will post a series of clues that will lead you through #Photoville and @brooklynbridgepark. Your Task: Find the answers and photograph them. Post your pictures on Instagram with the hashtag #NYTPhotoHunt. The New York Times’s Lens blog will also host a nighttime slideshow featuring photographers from around the world, including Whitney Curtis, Eli Reed, Ernesto Bazan, Nancy Borowick, Phil Knott, Martha Cooper, Joni Sternbach and New York Times staff photographers. 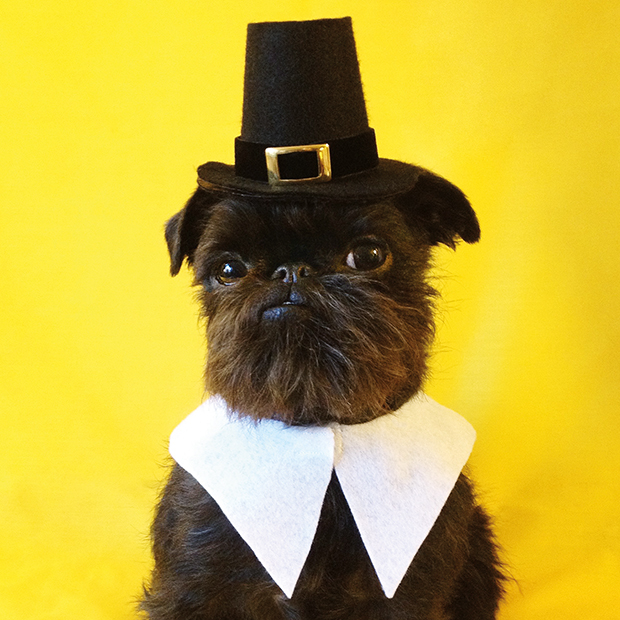 DROP IN: Photobooth For The Whole Family (Kids & Dogs Welcome!), Sunday, September 20th, 3:00PM-6:00PM at the Activity Tent
Featuring Michelle Pedone and Lynne Correia.
Lights, camera, action! This special photo booth is for the most adorable, treasured members of your family…Bring your kids and your pups as the Photoville Activity Tent transforms into a commercial studio. Portrait photographer Michelle Pedone and costume designer Lynne Correia come together to put on a photo shoot that’s fun for the whole family. Your kids and your pups can don custom-made costumes and pose in front of colorful backdrops. They’ll have a blast and you’ll have one-of-a-kind images of your treasured family members. The photos can be downloaded online after Photoville, so the memories are yours to keep. 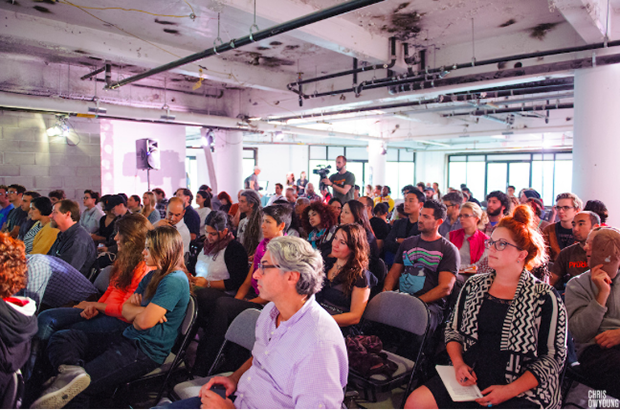 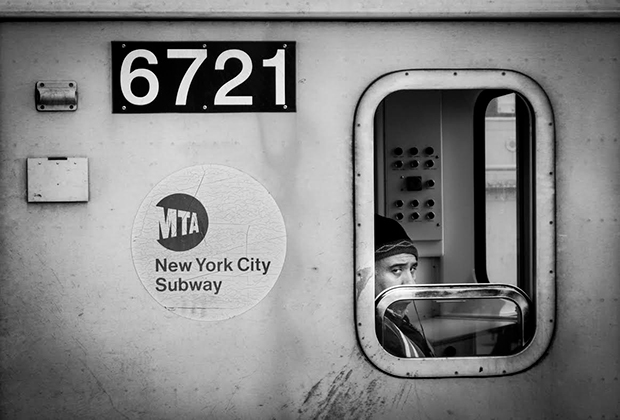 EXHIBITION: NYC SALT: Preserving Art Education Through Teen Photography Programming, September 10-20, 2015.
Presented by NYC SALT, curated by Michael Bocchieri, Alicia Hansen, and Gabe Biderman, and featuring Rami Abouemira, Saida Blair, Ashley Bordoy, Jason Bravo, Austin Canales, Kayla Cerda, Sindra DeJesus, Sterling Diaz, Nia Gordon, Danny Martinez, Rashawn Meeks, Nora Molina, Christian Ogando, Kamal Robinson,Christian Rodriguez, Allyssa Rubino, Malike Sidibe, Irvin Vega, and Henry Zapata.
Technology drives every aspect of the photo industry, and in the hands of a young mind we find inspiring results. Digital photography becomes an empowering tool to a teenager. It allows them to have an artistic voice at an age they are learning to find themselves. They are able to explore their world with a camera in hand and develop meaningful relationships with their subjects. The Photoville venue will showcase the award winning photography portfolios our students have created to show a raw, unfiltered look of their world.