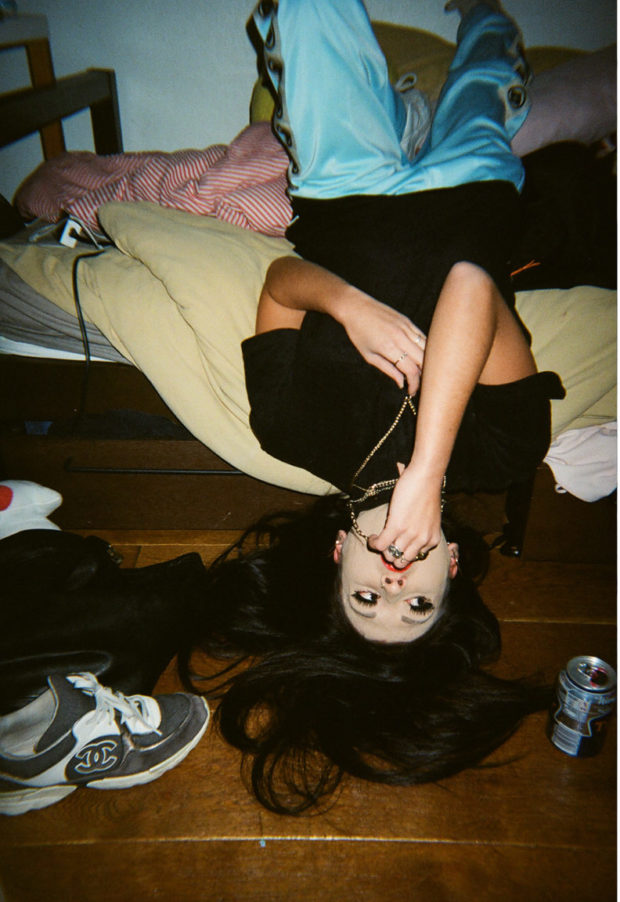 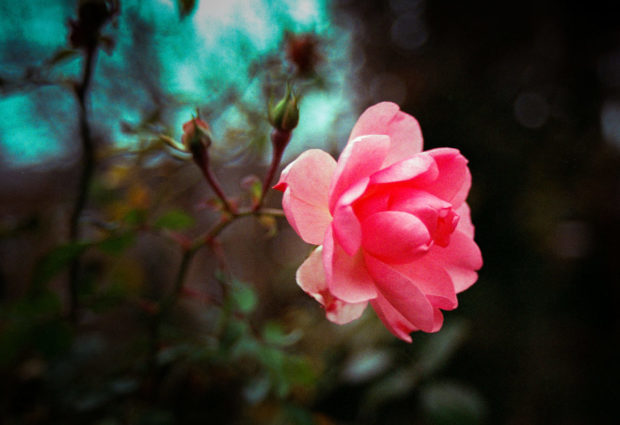 A testament to the power of youth culture, independence, and creativity, Dazed Magazine has been at the cutting edge of media since being founded in 1991. Seamlessly moving between print and digital, Dazed stays fresh by keeping its connection to the community fully versed in the power of the present.

Most recently, Dazed teamed up with Red Hook Labs, a Brooklyn-based public benefit corporation, to create Dazed+Labs, a series of free classes and mentoring in the arts to UK youth — a concerted effort organized in response to cuts in UK education funding.

Students were given cameras and film to shoot, while a makeshift darkroom was set up in the center’s kitchen, giving students an opportunity to work with photography in a manner that few do these days. The course culminated in an exhibition of nine photographers in the class: Ashleigh Beugre Joncourt, Edward Jia Jun Kau, Sofia Marijuan Carreno, Grace Phillipa Israel-Albertine, Reece Yeboah, Tyler England, Omar Gommari, and Mischa McRae. 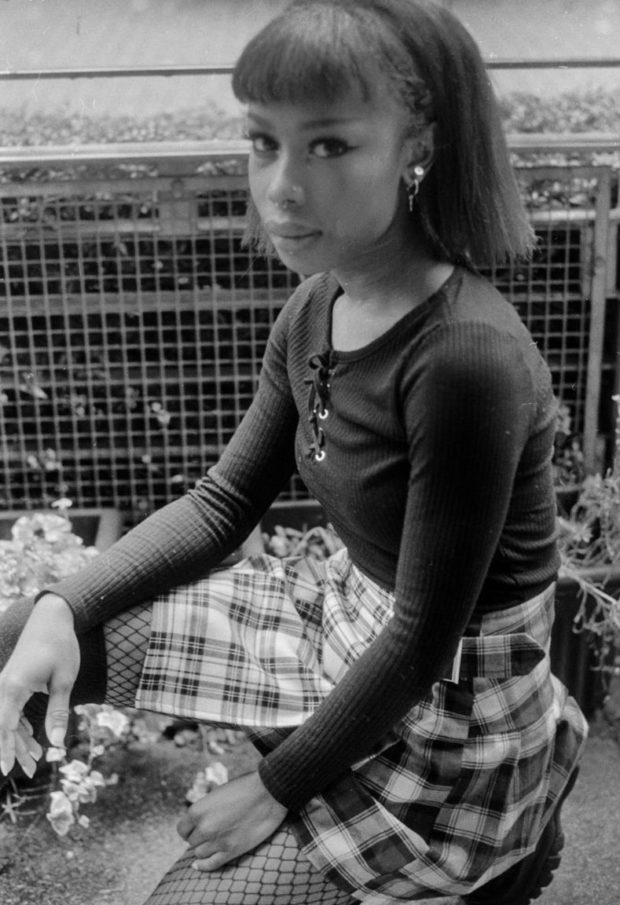 Could you speak about the inspiration for the Dazed + Labs collaboration?

Ashleigh Kane: “There were a couple of factors which came together to create Dazed+Labs for each of us personally – Jefferson Hack, Jimmy Moffat, Eddie, and myself – which were that we all see a gap in how arts education is available to just a few, but direct access to the industry itself to even less.

“It’s always been a goal of mine to pay it forwards to the next generation. I moved to London from Australia, and I knew absolutely no one in the industry. I had to navigate it from the outside until I could find an open door. The other reason is my frustration with cuts to both arts educational programs and to youth clubs, which provide a place of escape and a base for kids to network and learn new skills. I didn’t really know how to tie all this together until I met Jimmy Moffat early last year. He told me about Red Hook Labs, and it all came together from there.”

Eddie OTCHERE: “I’ve was inspired to put photography on the frontline of learning by Paulo Freire’s The Pedagogy of the Oppressed but in practice the project was inspired by the three stakeholders and their core values. Red Hook Labs brought the financing and an assured system of learning that fitted my style and that was crucial in how we treated our participants. Dazed brought a visual attitude, practitioners, and the organizational expertise that inspired our students to reach above and beyond anyone’s expectations while the Rugby Portobello Trust brought a resource rich safe space and a group of students that were engaged and felt supported.”

Could you speak about collaborating with the Rugby Portobello Trust, and why you chose this organization for the project?

Ashleigh Kane: “The collaboration came about because in summer 2017, Grenfell Tower caught fire. According to official records, 72 people died – although people believe there are many more unrecorded deaths. The fire occurred in a tower next to the Royal Borough of Kensington and Chelsea, the most affluent borough in the UK. The failing of the government and the upkeep of the tower were glaring.

“I wanted to find a youth club in the area to learn more about the people and give them a chance to use photography to tell their stories. The Rugby Portobello Trust was recommended to me by a friend and was the perfect fit. It was clear very quickly that they really, truly care about what the young people in that youth club are doing and will go on to do.” 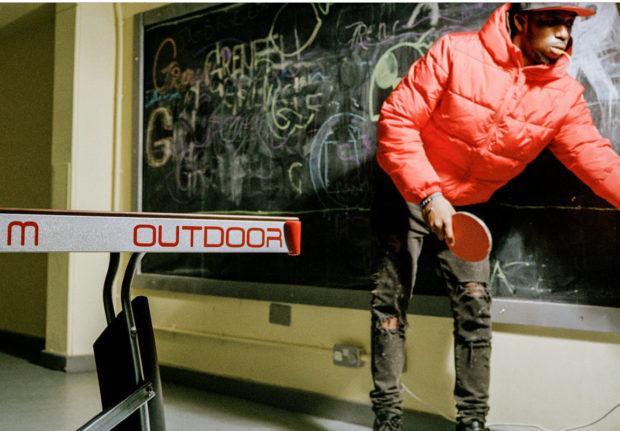 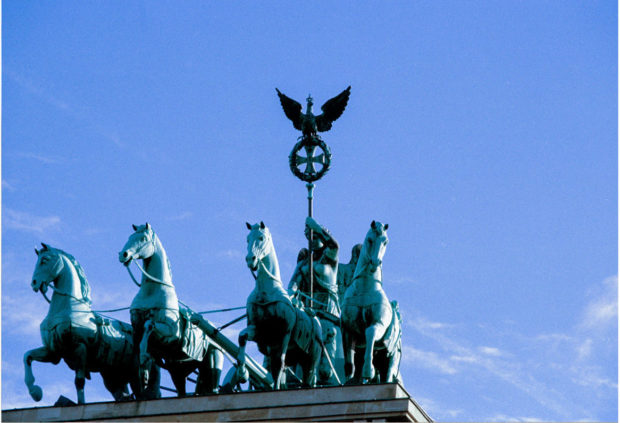 Could you give us a little background on Rugby Portobello Trust and the services it provides to the youth of West London?

Leone Buncombe: “The Rugby Portobello Trust works with children and young people aged 3-25 years old. We have junior and youth clubs after school and in the evening deliver activities including arts, cooking, music, sports, sexual health, career advice and more. Our homework club works with primary school children helping them with academic work with the aim to compliment statutory learning and support parents, for whom many of whom English is a second language.

“There is also a football academy within our organization that works with children from as young as four years old. The elite squads play in the Regents Park league and have had several successes over the years and many children have already been scouted by Premiership clubs. We provide a safe space for our members to learn, grow and gain a wide variety of opportunities.”

Could you speak about how you conceptualized the pilot program?

Ashleigh Kane: Bashira Webb, who teaches the Red Hook Labs community classes to kids in New York City, came over with Jimmy a few months after that initial meeting to help share ideas and how they do it in the US. By this time, I had put a call out on my Instagram and my Facebook looking for photography teachers.

“Eddie and I had first met years ago when I wrote about his exhibition of Wu Tang Clan images and he was one of the first to email me and put himself forward. Once we met, I knew he was the one to lead the classes. He’s been teaching for 20 years, has an incredible oeuvre that is still growing, a phenomenal DIY attitude to just making things happen, and a great rapport with the students.”

Eddie OTCHERE: “Ashleigh and I sought to create the perfect paradigm to experience the creation of photography. Inspired by a new generation of shooters, particularly those from the Dazed camp, we felt we had a moral desire to share what’s possible in photography. We felt as long as the students had the same technology and access to expertise, we would see imagery that defied expectation.”

“The learning would be framed by the idea we’re all storytellers. We all have a story tell and that story could told in 36 frames or one roll of film. They had one task and that was to tell their own stories. By the end of the course and because of the exhibition, they had to speak on the story they had crafted. We shared with them the idea that a story can be told using a contact sheet. What they achieved was something greater. A single defining image that told their story.” 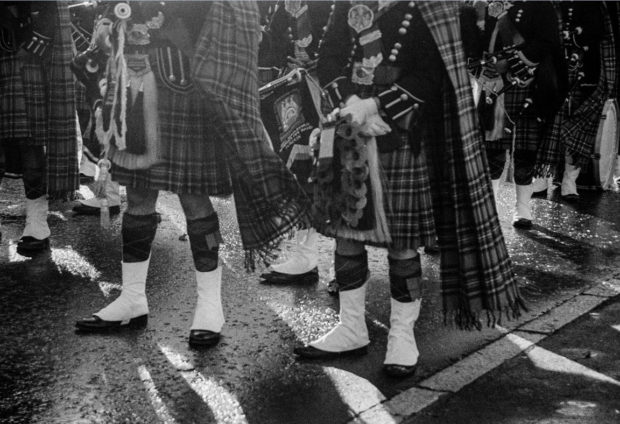 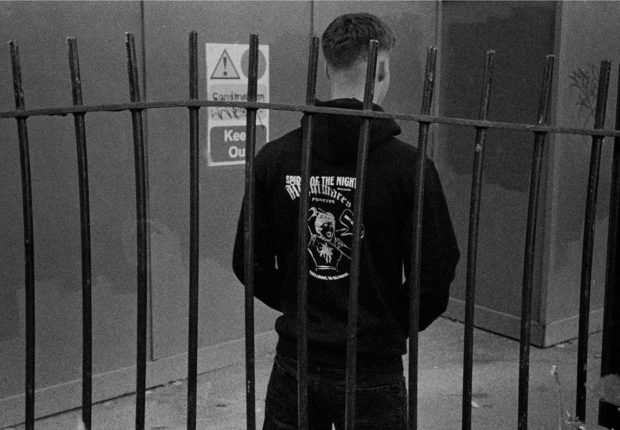 What are some of the key issues you wanted to address throughout the semester?

Ashleigh Kane: “Working in the media, I see a lot of skewed stories about youth. And I think it’s important for young people – anybody – to take charge of their own narratives and have control over it. The benefit for young people living in London is that there is also just so much going on all the time, things that will one day become history. I told the students that it might not seem important now but one day those moments will be in the history books, and they need to make sure they’re the ones capturing – and cashing in on – them, rather than someone else.”

Could you speak about how you worked together to lead the class?

Eddie OTCHERE: “Ashleigh was our chief curator, she nurtured ideas and gave the participants the capacity to speak on their ideas, I would handle technical learning and reflect on their practices so they could learn from their mistakes and grow confident with shooting film and translate that knowledge to their digital shoots as well. I feel we had the perfect balance between pastoral and technical learning.”

Ashleigh Kane: “I brought in photographers who like Nadine Ijewere, Bafic, and Bolade Banjo, who could offer new perspectives to the students. One of the students really wanted to be a stylist, so I asked Katy Fox from Dazed to come in, and she came for a few sessions just to hang out and chat and give insight into her career and how she got there.” 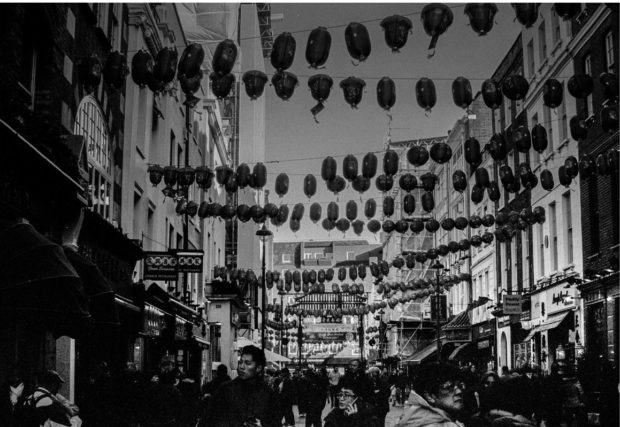 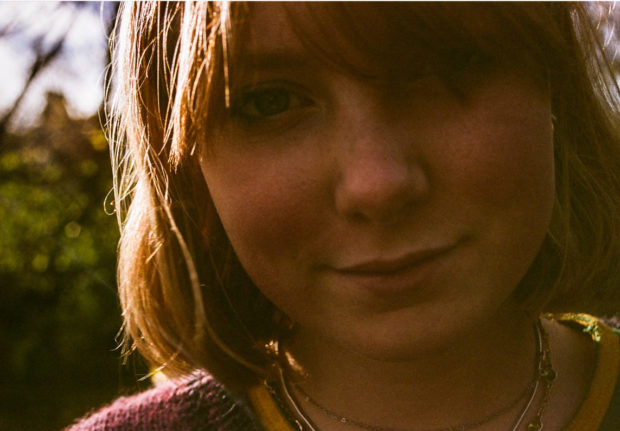 What did you observe about how the students used photography as a language of self-expression?

Eddie OTCHERE: “No filter. No overtly conscious desire to be anything bar themselves. Their work reinforces our believe that we the right resources and the inspiration plus a lot of faith, trust and dare I say it, love or perhaps care then their self expression is an insight into the struggles, their love and the validation of their young lives.”

Ashleigh Kane: “Everyone had a different story to tell. Most were very intimate, given they were shooting in their homes or in their streets, at their schools, and these included people such as their families and friends. Often, when we are in the middle of places or people, we overlook their importance, but, throughout the class, I saw them realize how important these people and places around them were – that they have value and they deserve to be shared with the world. I saw more confidence come through in themselves and a pride. That was rewarding for me.”

Could you speak about the importance of providing free art education to the youth today?

Leone Buncombe: “With mental health issues on the rise amongst young people, providing them with outlets to express themselves is even more important today than ever. For many young people growing up in the age of social media, they have lost the art of communication and struggle with being able to articulate real feelings. We have found that using art forms such as photography, music, dance and spoken word gives young people a platform to express themselves, release all kinds of negative emotions and off load real issues that they would otherwise not speak about.”

Ashleigh Kane: “Financial privilege doesn’t have any correlation with how talented someone could be. Being an arts journalist, I have a responsibility to ensure I am looking in as many places as possible for artists, and, if I can, giving people the tools to create on an equal playing field and seeing how they grow and progress. It’s all a cycle.

“Some of the best things come out of giving people a chance to express themselves without pressure. What they do after the class is up to them now. Some have reached out for internships, and some are doing their own thing. I know some would like to join us in our next classes, and that the Rugby Portobello Trust is actively putting in an arts program of its own as they’ve seen how engaged the students were.”

Eddie OTCHERE: “I think William Morris put it best: ‘…I do not want art for a few; any more than education for a few; or freedom for a few…’”