The Secret Bond Shared by Animals and Children, in Photos 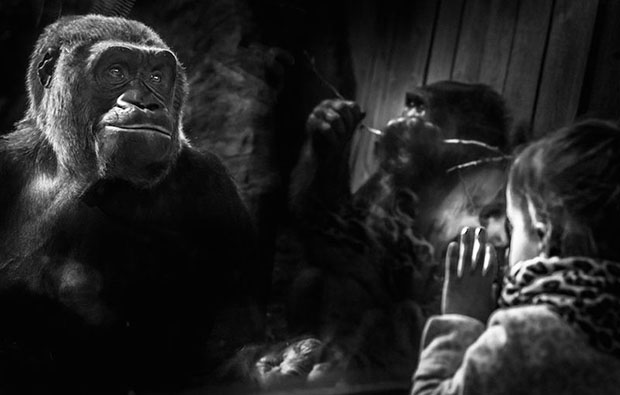 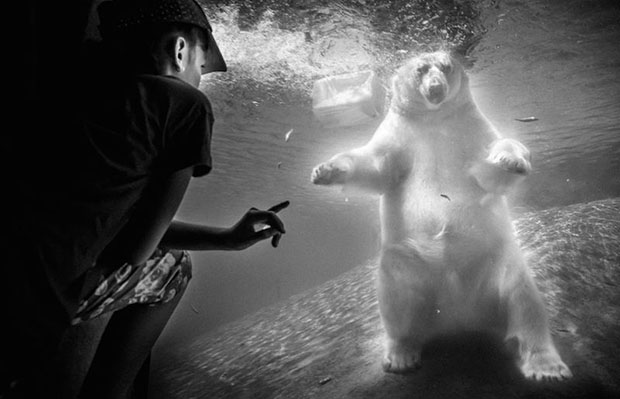 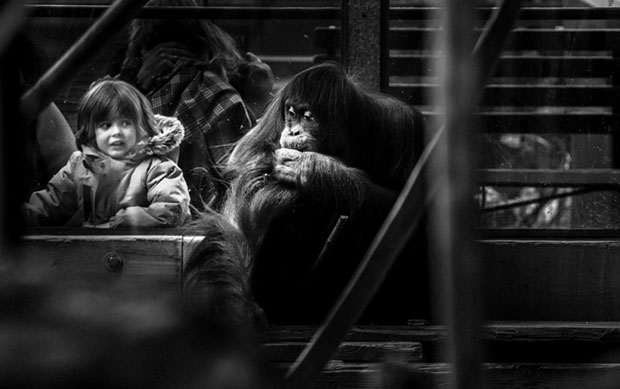 Throughout her career, Meera Sulaiman has come face-to-face with a wide array of wild animals, ranging from the giant tortoises of the Galápagos Islands to the trumpeter swans of Ontario. She’s seen the circle of life up-close, witnessing the development of young animals in their native landscapes. She didn’t deliberately set out to photograph animals in captivity, but an encounter she once observed at a local zoo remains embedded in her psyche. A female orangutan and a young girl sat face-to-face, separated by glass, mimicking each other’s gestures. While other adults moved on, she lingered there, and she returned to the subject again and again.

Her project Whispers captures the silent connections that form between children and animals. “Children seem to have a magical affinity with animals, and I see parallels in their worlds,” Sulaiman says. “This series is inspired by my love and fascination with exploring this special, yet little understood, relationship.”

Captivity, in general, sparks painful ethical questions. “It’s been difficult for me personally when I encounter animals in enclosures, as I am driven to wonder what their life would be outside of captivity,” Sulaiman continues. “There are animals who were given a second chance in the wild due to successful captive programs where the welfare of the animals is the top priority. I have also come to learn that, for some animals, captivity is the only option for their survival. However, what makes me extremely sad and heartbroken is the use of confinement practices in the abuse of animals, especially for human entertainment.”

In recent years, we have seen some courageous organizations take steps to convert zoos into sanctuaries, but at the same time, animals in zoos and aquaria around the world continue to suffer due to the stress of captivity. “I believe all beings are entitled to live their life to the fullest with respect and love,” the photographer tells me. “Hence, I feel a deep desire to heighten awareness concerning the welfare of captive animals and the need to re-evaluate our relationship with animals.”

We assume that children don’t understand the ethical concerns surrounding captivity. In most photos of zoos, we see young people smiling and pointing, seemingly oblivious to the inner lives of animals. Whispers suggests an alternative. Sulaiman has discovered moments of complicity and tenderness between kids and animals, and she’s unveiled a kind of secret correspondence that takes place in these environments. Most of the time, she can’t put her finger on it, but it only happens with children, not adults.

Animals and young people share a sense of curiosity and innocence. Maybe, Sulaiman thinks, these children look to animals and wonder if their lives will also be dictated by forces beyond their control. In turn, perhaps these animals see young people as the guardians of their future; after all, the fate of captive animals going forward remains uncertain and precarious.

In her own girlhood, the photographer shared a powerful bond with animals. Though she’s now based in Canada, she grew up in Sri Lanka, where she got to know many stray dogs and cats in her neighborhood. Her mother took care of these abandoned creatures, bringing them to the vet and feeding them regularly, and one cat even gave birth in their garden. “That cat was very trusting,” she remembers. “So much so that she let us close to her litter the moment they were born.” The echoes of that early memory continue to reverberate throughout Whispers.

“We can learn many lessons about trust, friendship, cooperation, peace, and forgiveness from other animals if we stop and pay attention,” the photographer stresses. Years ago, that’s what happened in that inexplicable and profound moment of empathy between one little girl and an orangutan, as somewhere in the background, Sulaiman saw it all unfold. She remembers, “As I watched and captured this interaction, tears filled my eyes and joy entered my heart.”

Sulaiman hopes to turn Whispers into a book with proceeds going to benefit an animal sanctuary. 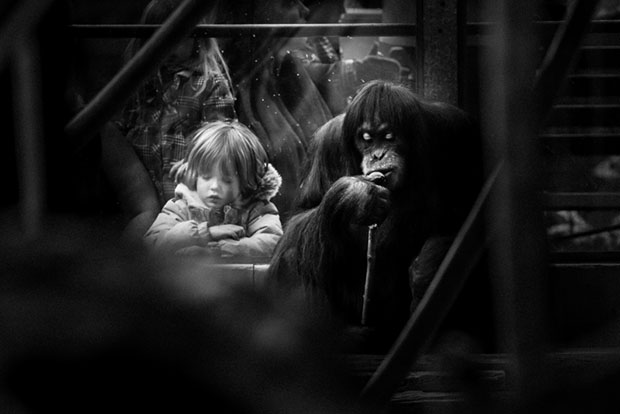 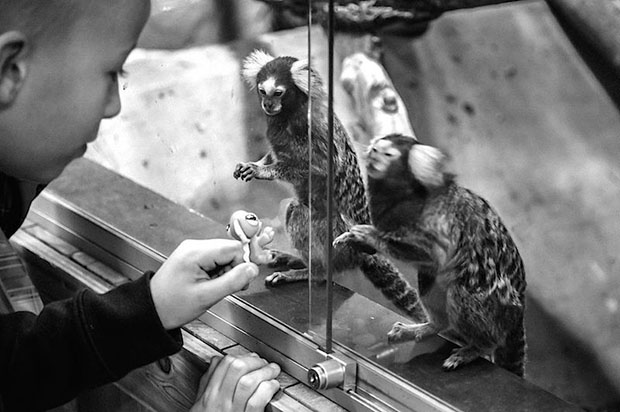 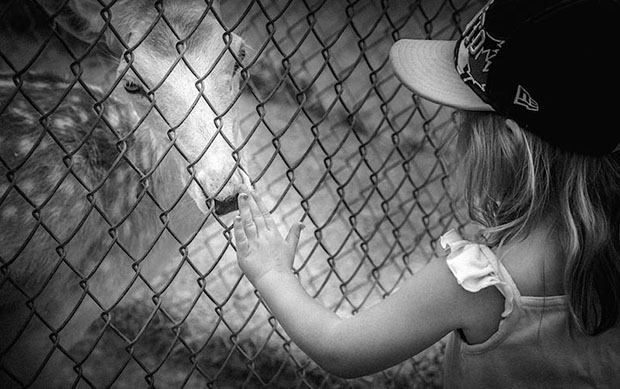 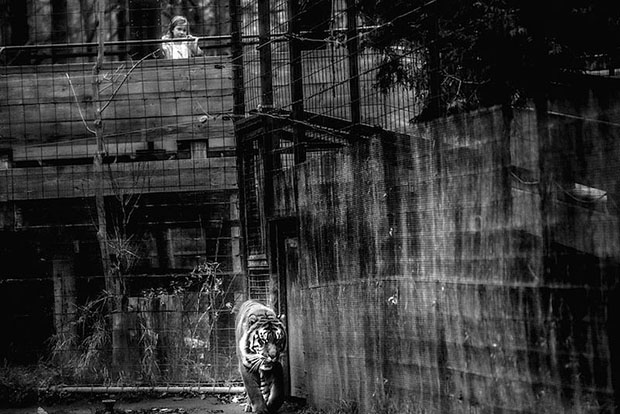