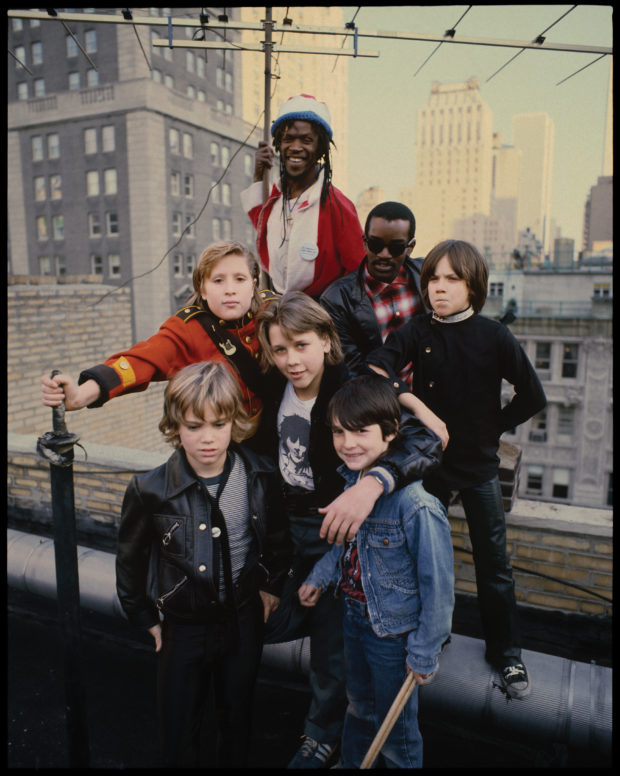 Snuky Tate, Fab 5 Freddy, and kid punk band the Brattles, 1981. The Brattles opened for the Clash at their New York City show at Bonds on Times Square.

Brooklyn’s own Chris Stein took up photography in 1968, at the age of 18, and began to amass a body of work documenting New York life as the punk scene came into existence. In 1973, he met and began working with Debbie Harry, and together they founded Blondie. From this rarified position, Stein had the best view in the house, the consummate insider in the quintessential outsider scene.

His new book, Point of View: Me, New York City, and the Punk Scene (Rizzoli New York), is a visual diary of daily life during the 1970s, the rawest decade of them all. Stein takes us all the way back to his days as a student at SVA, and gives us a guided tour of a young artist coming of age in a city that was equal parts decadent and derelict, and home to characters like none before or since, be it William Burroughs, David Bowie, Divine, Andy Warhol, or the Ramones.

Much like the people who have departed the earth, Point of View is filled with iconic landmarks of the city that have since disappeared like the Fillmore East, the Women’s House of Detention, Times Square strip clubs, graffiti-covered trains, abandoned cars on the street, and the World Trade Center. They say you can’t go home again, so what’s a True Yorker to do? 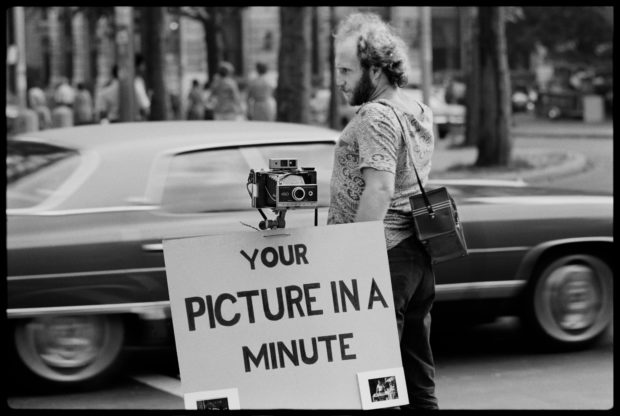 “The city in 1970 was physically similar in many ways, but the atmosphere was extremely different. It was much less crowded. There weren’t many tourists. It was darker and there was more magic around. It was the heyday of occult bookstores, and pretty much every little bookshop had an occult or mystical section. Headshops weren’t akin to modern smoke shops, but were often styled with a ‘spiritual’ bent. I can’t figure out the specific location of Timothy Leary’s League for Spiritual Discovery storefront on Hudson Street, but I had an amazing trip there one snowy winter day. The league space was all the way west by the West Side highway. Most of the elevated highway was torn down between 1977 and 1982, after it started seriously falling apart in 1973, but while it was still up the area around it reflected the old docks and seaport atmosphere of ‘ill repute.’ There were very funky, old loft buildings and storefronts in the shadow of this ancient, decrepit, and huge iron structure.” 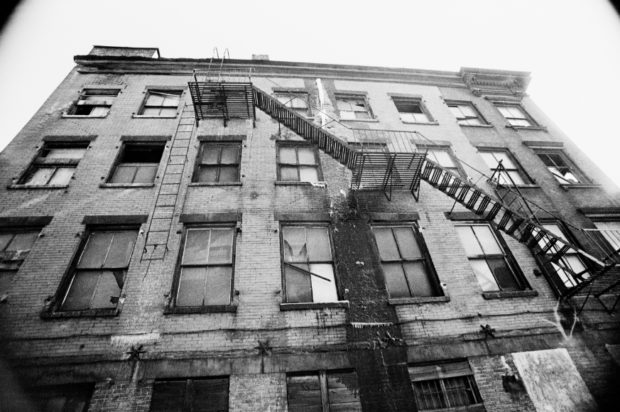 “Decay and dissolution were all around; the city was in a state of winding down that was a dramatic contrast to the constant upbuilding that we’re in the midst of now. I’ve always been attracted to old, falling down, dusty stuff. I don’t know where this comes from. Maybe everybody has this to some extent and that’s why visions of the future are frequently presented as dark and dystopian landscapes laid out next to the clean shiny ones.” 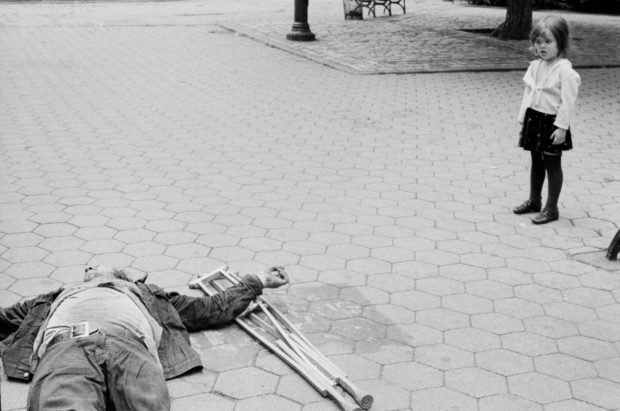 “I’m glad I got to live in a New York that was closer in tone to a hundred years ago than where we are now in the digital age. I remember phone booths. Not the last generation of them, but the old wooden ones that one would see in the lobbies of office buildings and subway stations. Or those chipped gray paint ones with metal seats and little table things that were under the phone where you’d put a notebook or newspaper. When I was a kid, we somehow discovered a weird trick whereby one would take the foil from a cigarette pack, fold it, and stick it into the crack next to the coin box of a pay phone, jiggle it around until it formed a connection and produced a free dial tone. This actually worked on one or two occasions, I can attest.” 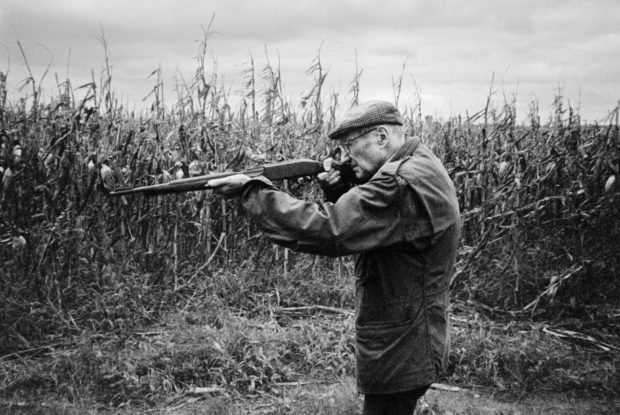 Bill walking and shooting in the cornfield outside the Outhouse.

“In 1976, after the long, annoying illness I had, and having been in Manhattan for around three years without leaving, I went to spend a couple of weeks with Bill Burroughs at his house in Lawrence, Kansas. The local Lawrence punk club, the Outhouse, was very fringe. It was located on the edge of a really big cornfield. Kids at the club told me that when the police would show up at the club the patrons would run into the cornfield.” 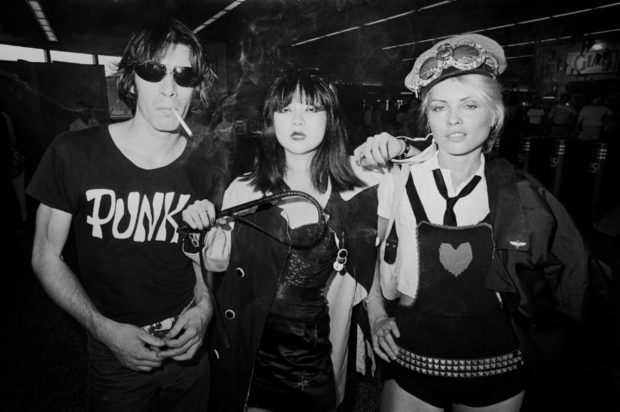 “Even by the time I was traveling with the band in the mid-seventies, New York had a scary cache. People would want to know about the daily danger and intrigue. At some point everyone I knew would complain about how dirty and grotesque the city was, how they were considering leaving, but nobody left. There’s a great Lou Reed monologue about how horrible New York is but how much more uncomfortable he would be anywhere else.” 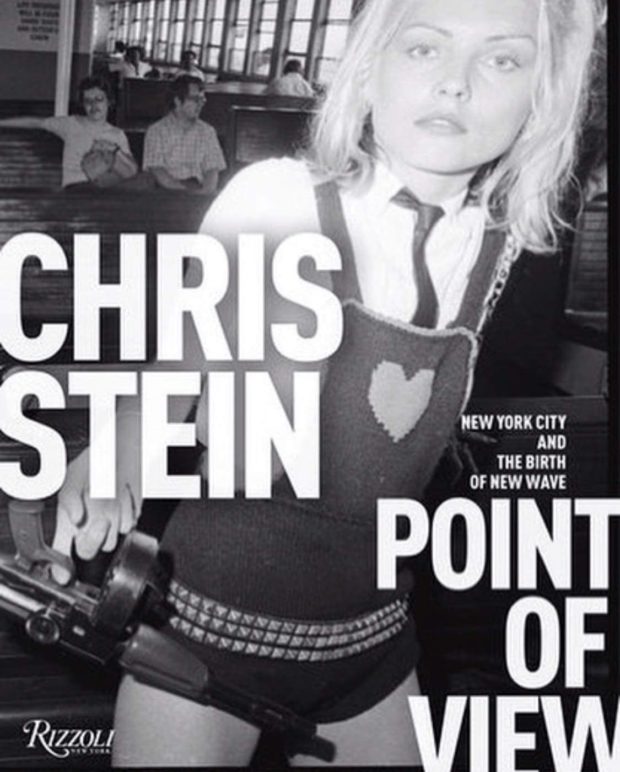