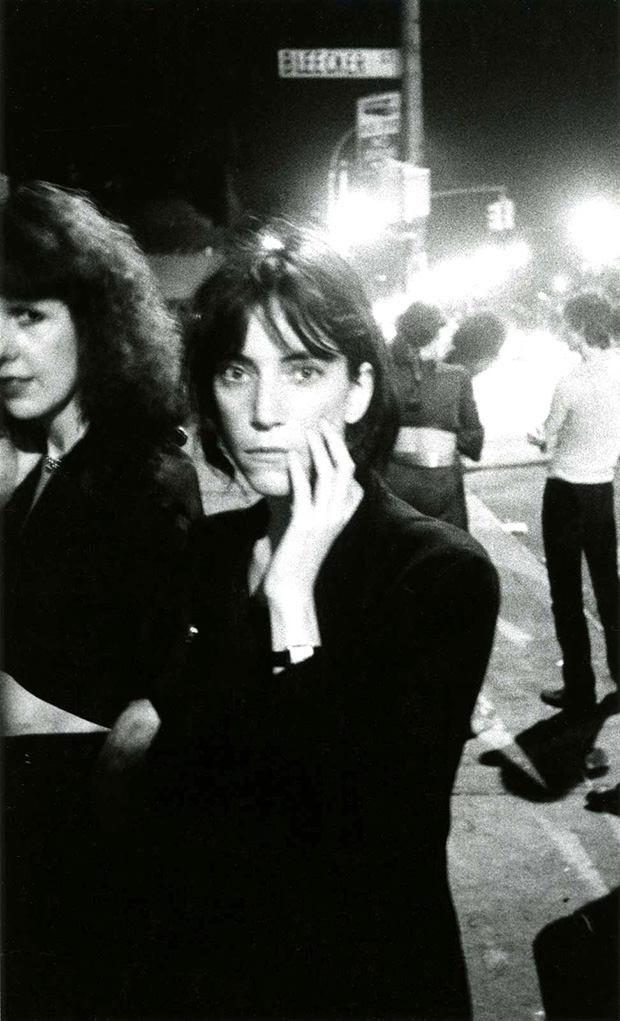 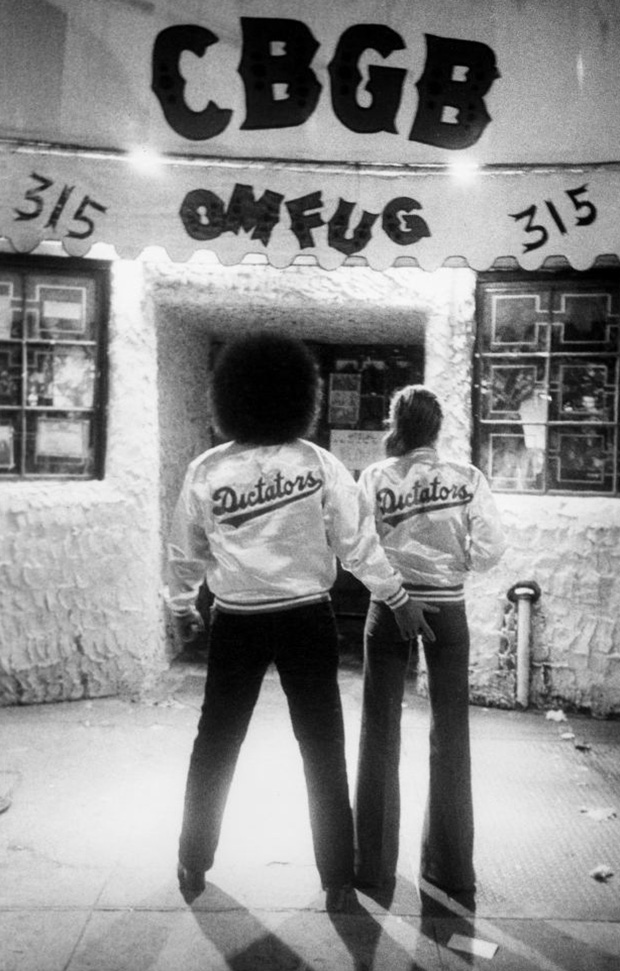 Forty years ago, the coffee shop on Bleecker and Bowery where David Godlis and I are sitting was a vacant lot. Across the street from the vacant lot was the legendary rock club CBGB-OMFUG. Opened by Hilly Kristal in 1973, it brought to life not only the now iconic punk sound exemplified by artists like Television, the Ramones, Patti Smith, and Blondie, but the street photography of David Godlis. After going to school in Boston, the born-and-bred New Yorker returned to the city to land a job as a photography assistant. In his off-hours, he found himself looking for a place to hang out. That place ended up being CBGB.

Though photographing the club wasn’t his original intention, Godlis captured the scene in all of its darkness and natural light from 1976-1979. Armed with rolls of black and white Tri-X and his trusty Leica, the photographer shot most of the images in the small space directly in front of the club at 315 Bowery. In a time when most contemporary music photography is either portraiture or shot during the first three songs of a set, to have the kind of unfettered access to musicians that Godlis had is rare.

Several decades later, Godlis has now launched a very successful Kickstarter campaign to produce a book of his images that has made almost $70,000 beyond his original $30,000 goal, with a little over two weeks to go. I spoke to Godlis about photographing punk, his first solo book and the DIY nature of it all. 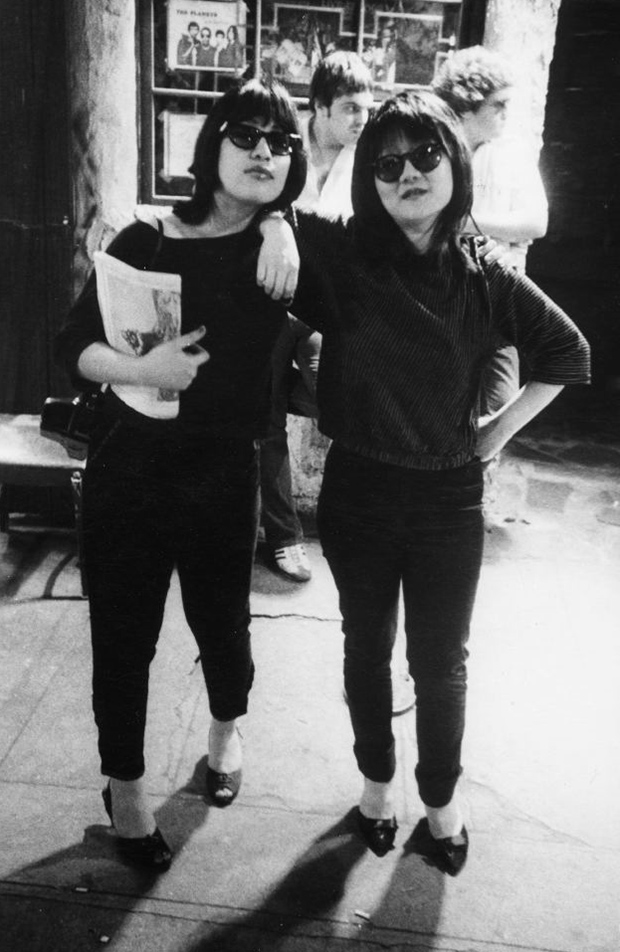 How did you get started in photography?
“I went off to school in Boston and bought a camera after my first year of college. I just realized that everybody loved my pictures. When I think back on it, the 1960s movie Blow-Up made photography look really cool. That sort of gave me the idea to pick up a camera, and in a weird way, that movie previewed my life. I ended up photographing in these clubs and shooting my friends on a Pentax Spotmatic. I obviously had some kind of aptitude for it and started pursuing that. I wasn’t taking photography courses yet. I was just looking at photo books in the library over and over. Eventually I switched over and I snuck into a class that I wasn’t eligible for. The teacher let me stay in.

“After that, I went to an experimental photo school in the 70s called Imageworks. It was taught by teachers on their day off from other schools like RISD and SVA. That was where I really got into the nitty gritty of photography. Henry Horenstein was one of my first teachers, and one of my first classes was me, Nan Goldin and Stanley Greene. I was doing street photography. Before Imageworks, I was at Boston University studying English Literature. I thought I was going to be a writer, but photography came more easily to me. Once I picked up a camera, I loved doing it. I thought it was a cool thing to do the whole street photography thing because I was really into Winogrand, Friedlander and Robert Frank.” 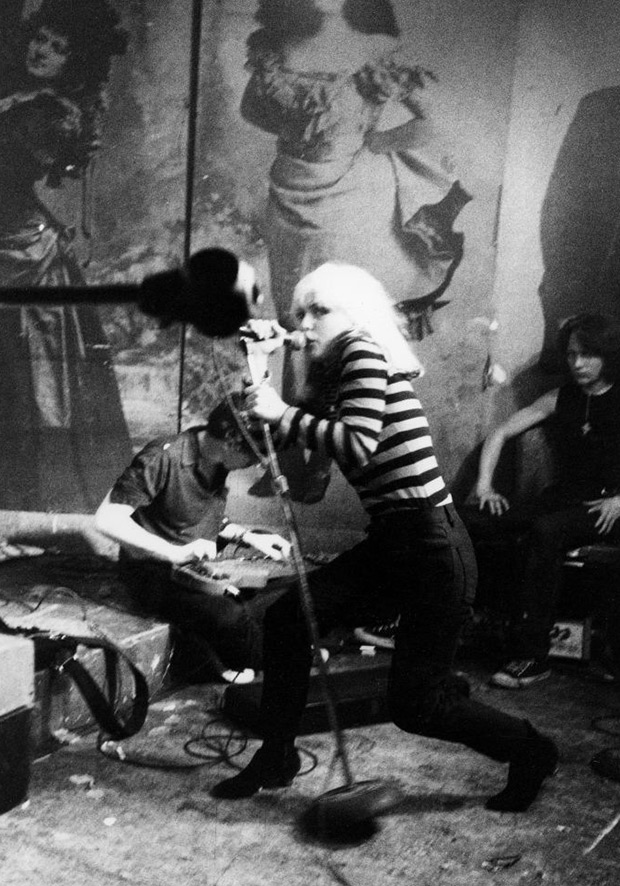 What made you move back to New York?
“I looked under the photography section of the Yellow Pages, and there were a lot more photographers in New York than there were in Boston. I figured if I was gonna be knocking on doors for a job as an assistant, I had a better take a chance in New York. The city is also sort of the capital of street photography. It always bothered me that I would shoot street pictures in Boston, but they wouldn’t look like they did in New York. I wanted to test out New York street photography; at the same time I wanted to work.” 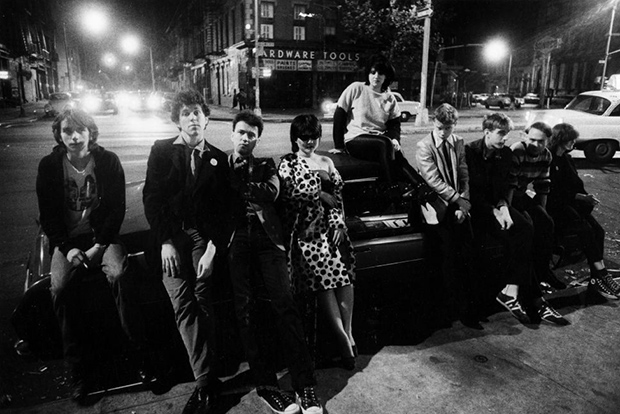 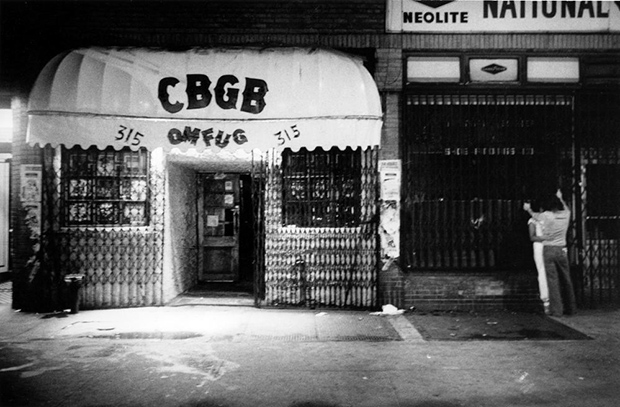 How did you end up at CBGB?
“I was looking to do the same thing I did in Boston, which is to hang out and to meet people. In Boston, I’d go out to a bar and hear a band play. I looked for a place to do that in New York, but there were no places where bands played original music that were free to get in. They were cover bands. I looked at the back of The Village Voice, which had the whole music section back then, and I saw the interesting-looking, sparse black and white ads for CBGB. I went and at this point I really hadn’t heard the music. I didn’t go to photograph. It wasn’t my intention to become a rock photographer because being in art school photographing bands was not cool. It was not considered art. At CBGB’s, I understood the first night I was there. I saw Television and felt the influence of bands like The Velvet Underground. The music felt like an extension of Andy Warhol and pop art. It made sense to me to photograph it.

“I went back to Boston and people in art school felt I was wasting my time, but I was not really a rock and roll photographer. I was capturing this scene that was trying to change what music was doing. The concept of punk rock was art, and that was what was happening every night down at that club.” 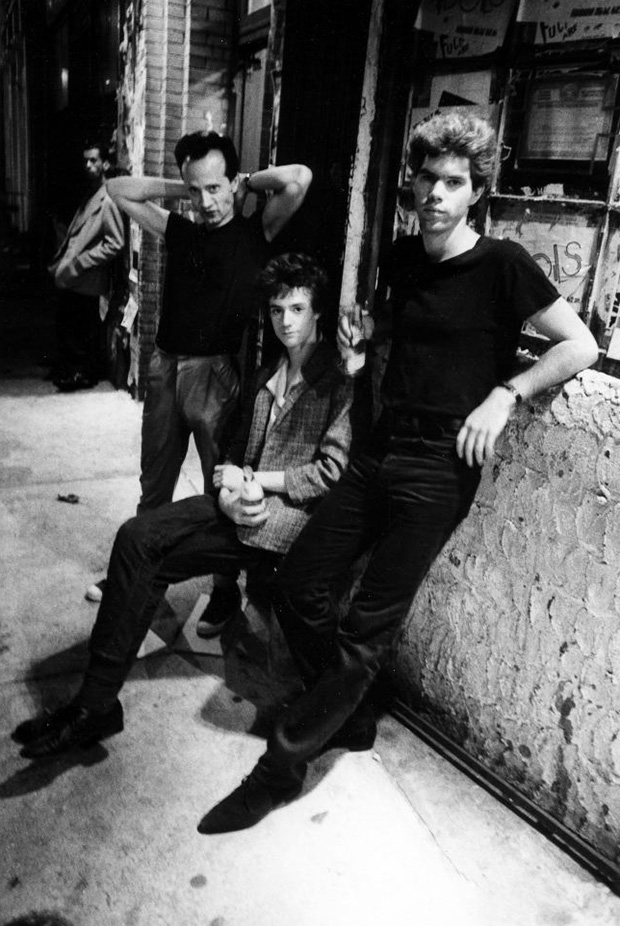 When did you decide to start taking pictures?
“It was probably about a week or two in that I sat at the bar and had one of those ‘a-ha’ moments. I was looking at Brassai’s pictures that had just come out, the American edition of Secret Paris of the ’30s. Sitting at CBGB’s, I felt like I could have the same vision when at the club. Everybody hung out on the street, and if I could figure out how to shoot under low light while I’m sitting at a bar, maybe I could document it.

“If you were a guy from the Daily News and you had to do a punk photograph, you brought a flash. You held it down low so the lighting went up in the person’s face and made them look a little bit ugly. Spiked hair looked interesting. And that was the way to get published, and that was the look that most people used. For me, I was always a natural light photographer. Once I saw that I could light people up with the Bowery streetlights, I did it. I wanted to do something that I didn’t see being done. I wanted it to look exactly as it looked. I figured if Brassai could do it in the 1930s, I could do it in the 1970s.” 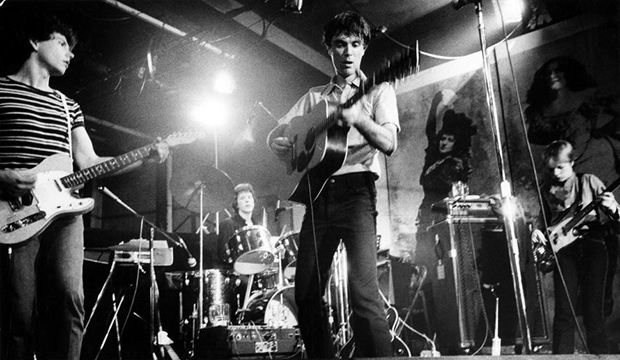 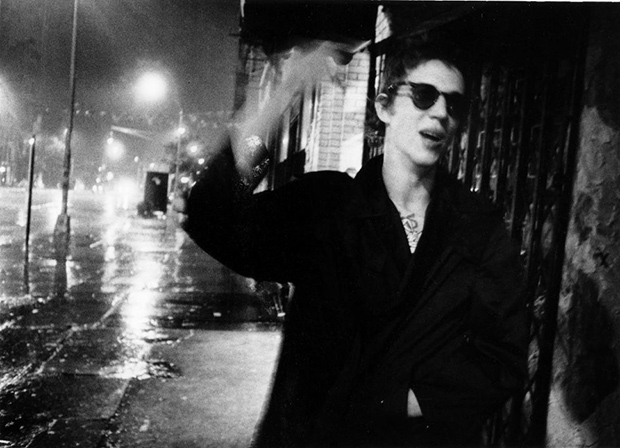 What made you decide to have a Kickstarter?
“Two years ago, a collector mentioned I should make a book of the photographs, suggesting I use Kickstarter. That put the seed in my head. The biggest missing part was figuring out how to print it. I want a real photo book. I sat with my teacher Henry Horenstein last fall, and he introduced me to MATTE, and now I have a place to print it. I sensed that either I would have a good run of it on Kickstarter, or I would fall on my face. It went pretty well the night I put it up. The next morning I had a message from Chris Stein in Blondie, saying, ‘I just bought your book, I love your work, I’m putting you on the Blondie Facebook page today.’ It just sort of took off from there.” 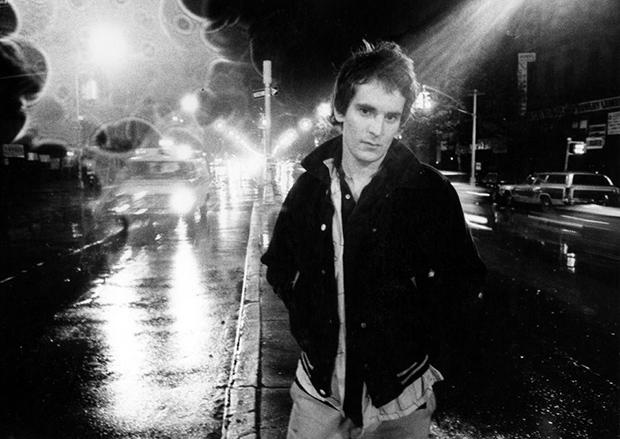 What are you going to do with the funding you received beyond what you needed in the Kickstarter?
“The short answer is that it will go into making a better book, instead of just getting by with the original goal number. So now we will be able to print on better paper with more pages and less financial worries. But out of necessity, some of the extra funding is directly related to the need to print more books and provide more rewards because there are more backers. As of today, there are 802 backers with 2 weeks to go. So there are a lot details to be dealt with here, and the extra funding will make all of that so much easier.” 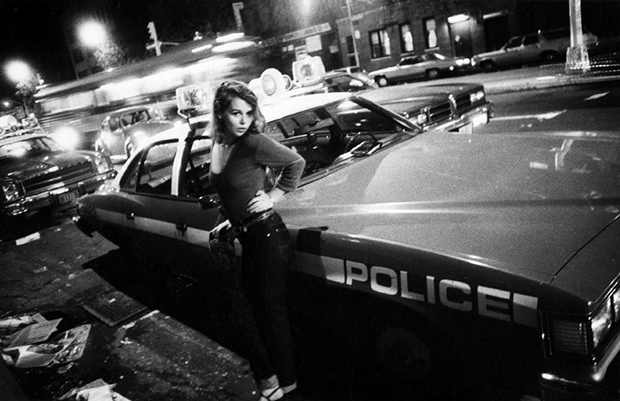 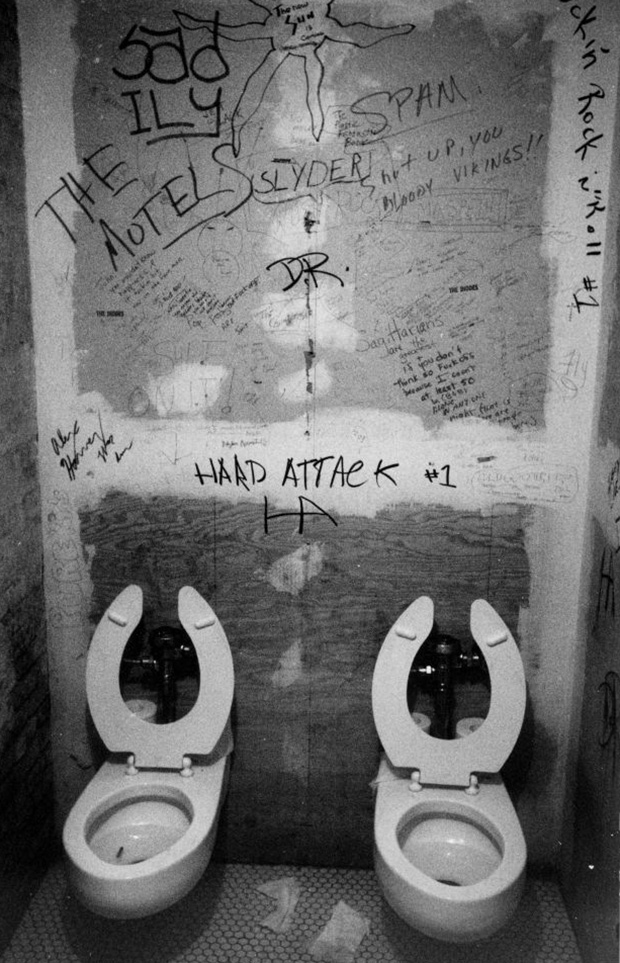 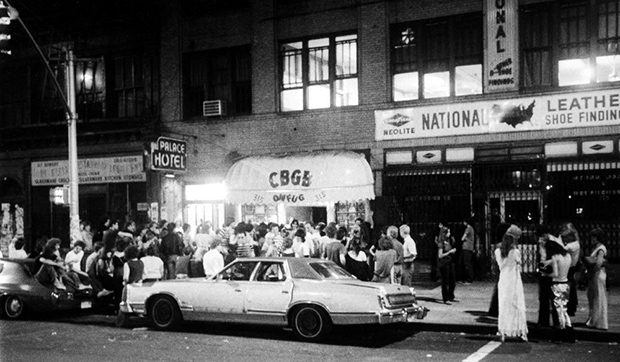 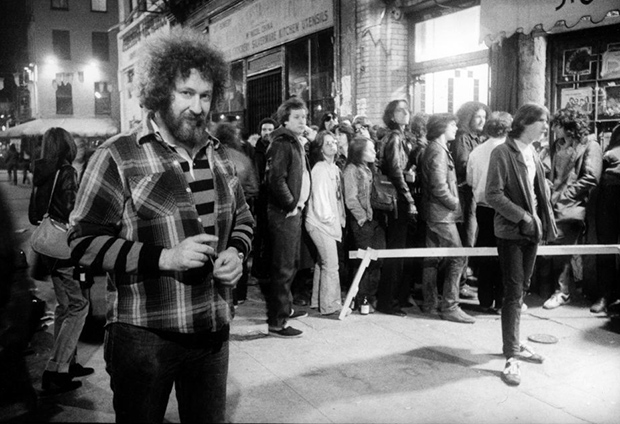 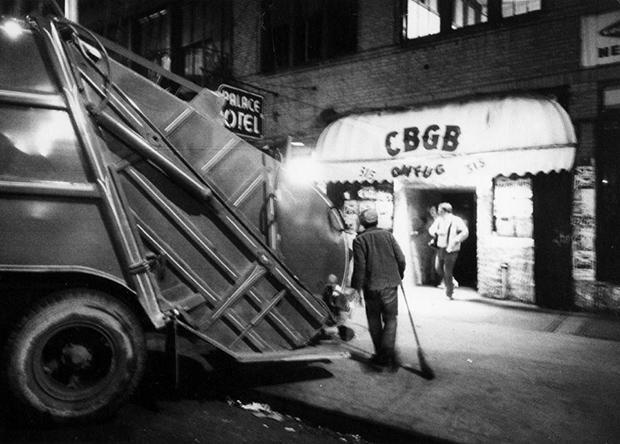 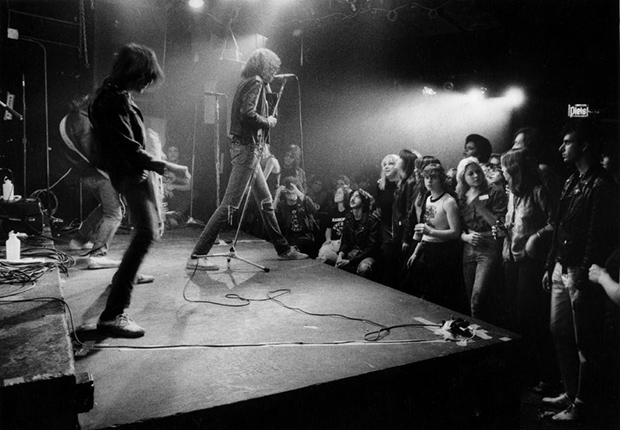