A Look Inside a Protest Camp on the Fringes of London 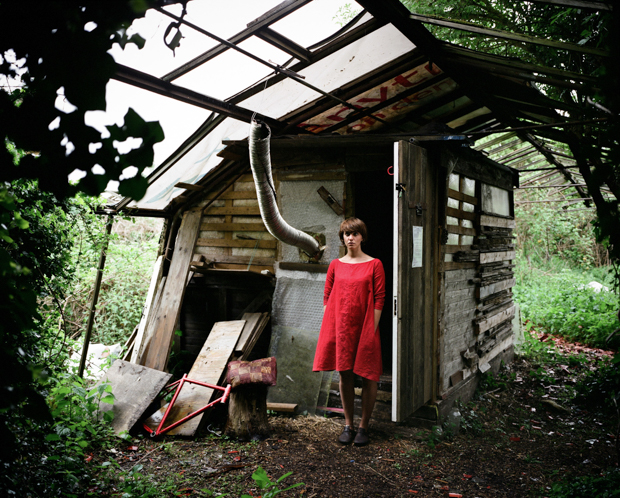 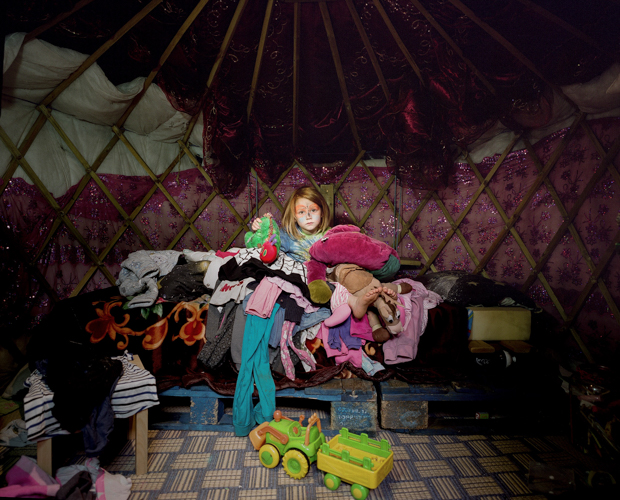 Outside of the eco-village Grow Heathrow, you can find a sign reading, “Open to visitors 10am-6pm.” In 2011, the London photographer Jonathan Goldberg became one of those visitors. “During my first visit to this off-grid community, I was greeted warmly, then promptly handed an axe to chop some firewood,” he remembers. “I loved the hands-on manner of this lifestyle, and the closeness to nature which living amongst trees and bush provided.”

For about eight years, the Grow Heathrow protest camp has stood in the village of Sipson, close to the heart of the city. It was established in response to plans to add a third runway to the international airport, a move that would drastically alter the local community and contribute to global climate change and the destruction of our environment. The land itself was once a plant nursery that had since fallen into disrepair. The protestors cleaned the area, overhauled the greenhouses, and built sustainable housing. They grow their own food or collect ingredients that have been discarded by wholesale markets. Residents have erected a wind turbine and also rely on solar panels for power. Since the establishment of the camp, the crime rate in the location has dropped.

Goldberg learned about the initiative while exploring local movements counteracting climate change. “Most intriguing of all was that this project space existed on the edge of one of the world’s financial capitals, London, and that it was unbeknownst to nearly all of its inhabitants,” the photographer tells me. Residents welcomed him for a few reasons. First, the presence of a photographer gave them the opportunity to amplify their voices and their cause. And second, he earned their confidence. “The months and years I have spent at Grow Heathrow, participating in activities and joining residents for wild swims, enabled me to gain some trust in order to portray their lives in a manner more intimate than had I been a fleeting visitor,” he admits. They allowed him into their homes, spaces which the photographer describes as “lovingly built.”

Some residents and families have stayed for longer periods than others. During their time at the site, they’ve lived and worked communally, sharing meals and helping to improve the project. “Sitting around a hot campfire on the edge of London in the winter singing songs fosters a powerful sense of camaraderie,” Goldberg says. “These memories I will always cherish.” Early last month, the government approved plans for a third runway. The expansion might be completed by 2026, according to reports. Last week, the courts ordered the residents to leave within fourteen days. The protesters plan to make an appeal.

Grow Heathrow, this little enclave of green surrounded by a concrete world, probably won’t last forever, but perhaps its message will. The people who’ve lived here will move on, and they’ll carry with them what they’ve learned. “I am friends on Facebook with many of the residents, and I know that I will see some of them again, whether at Grow Heathrow, other protest sites, or elsewhere,” Goldberg tells me.

The Runway Stops Here is both a photographic series and a short film. See the whole series on Goldberg’s website, and watch the film here. 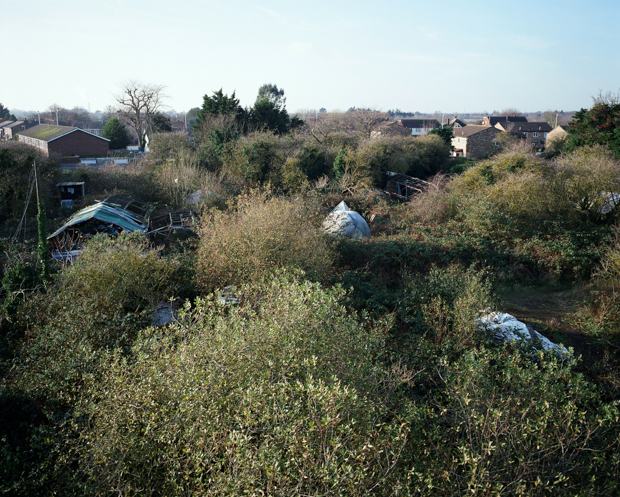 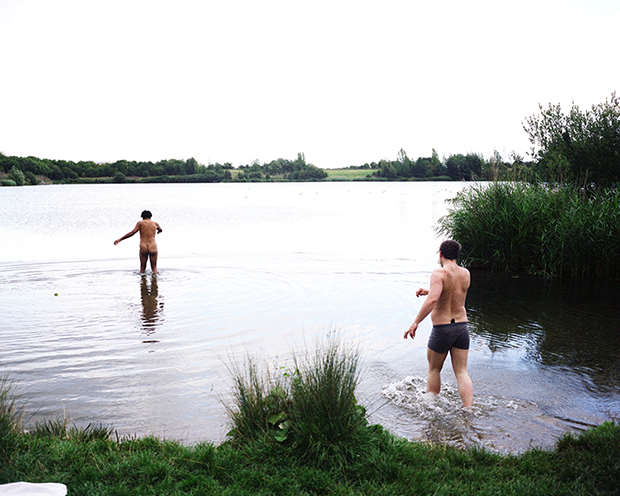 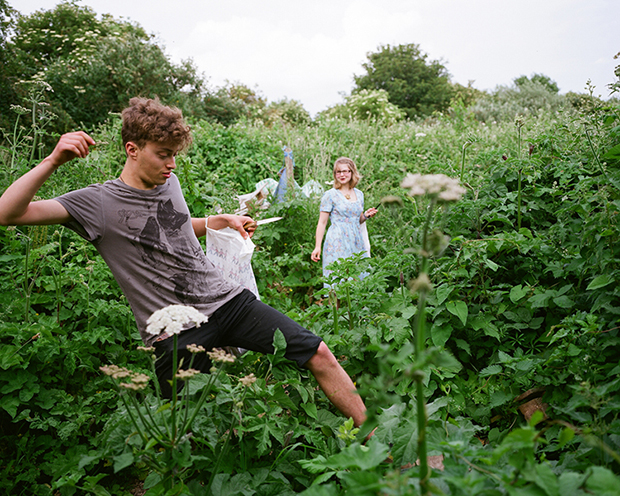 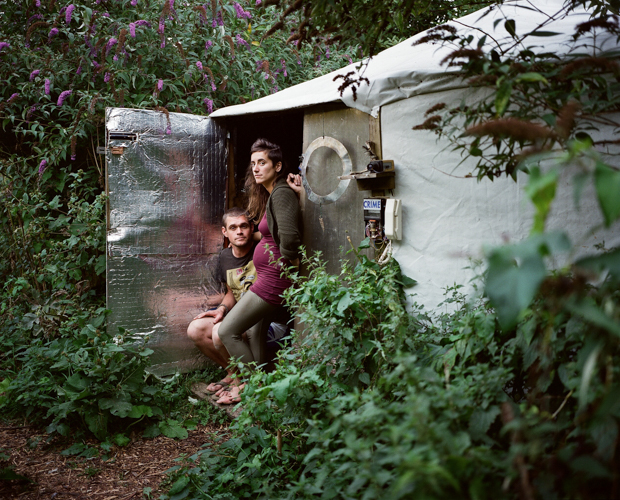 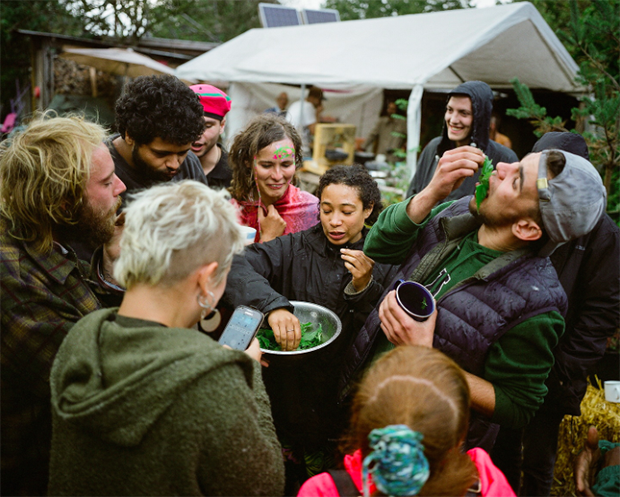 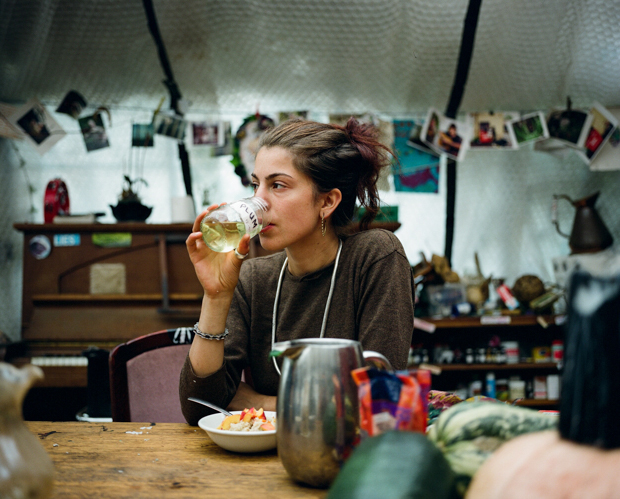 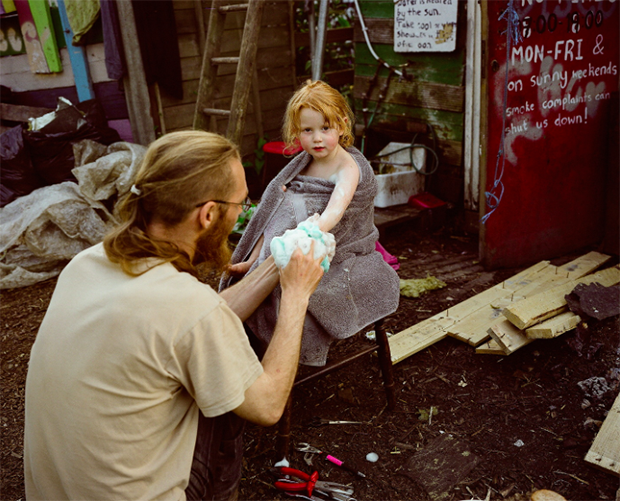