Revealing the Traumas of America’s Class System, in Photos 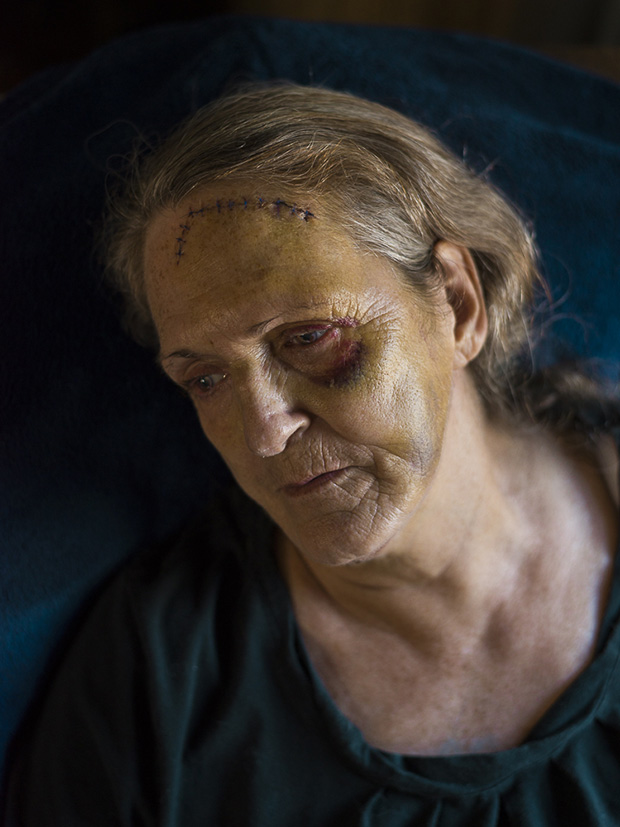 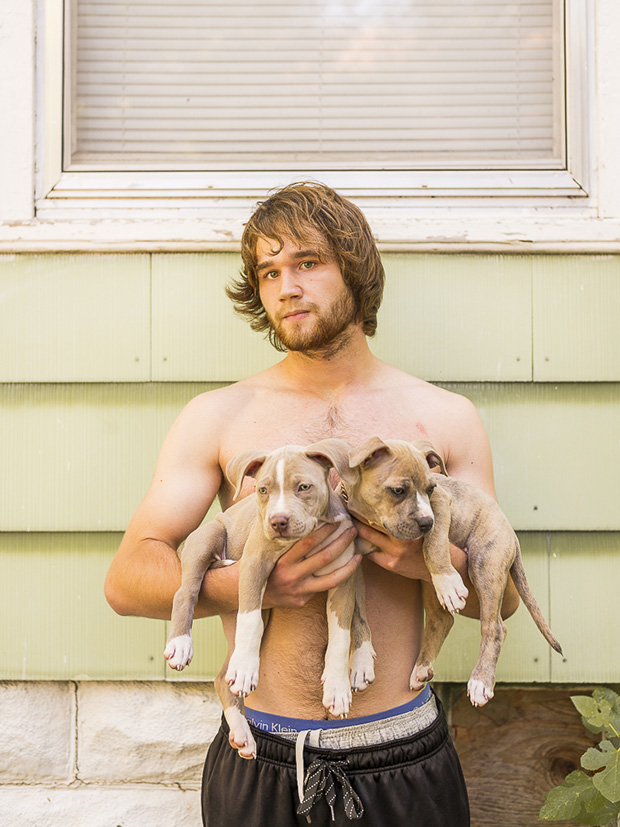 The photographer John-David Richardson commutes from graduate school in Lincoln, Nebraska to his hometown in Northern Alabama each winter and summer. He makes stops in Kentucky, Tennessee, and Alabama, meeting people along the way. In one town, he spent a series of afternoons with a pair of teenage boys and their two puppies. They had run from home, their foster families, and the police. They hoped to make it to California. “I saw myself in those boys,” Richardson admits. “I remember feeling so lost and having so little hope that escaping was the only way to better my situation.”

Someday I’ll Find the Sun is Richardson’s ambiguous, backroads journey through the confusion of childhoods colored by the traumas of poverty, domestic violence, and addiction. Though the work doesn’t include photographs of himself and his immediate family, he’s found people in these Midwestern and Southern towns who in some ways can stand in for them. And he’s forged friendships with these people over time. For Richardson, taking photographs means giving something up in return. He’s confided in subjects about his own history.

Richardson’s forays into the past could have become an avenue towards despair and hopelessness–he admits that the images have in some ways kept old wounds “fresh”–but his goal has never been to bandage them up and force them to heal. He also isn’t one for nostalgia and rose-colored glasses. “The years that presented the turmoil in our home were very real, and we’re not the type of family to sweep secrets under the rug,” he tells me, and I’m instantly reminded of Nan Goldin, who famously insisted, “I didn’t really care about ‘good’ photography. I cared about complete honesty.”

Complete honesty comes at a cost. At one point, Richardson spent time with a neighbor with a broken nose. She told him a story about a bowl having fallen from a cabinet and onto her head. “I recognized that she felt the need to explain her situation in a way that covered up the reality of what had happened, something I remember my mom doing time after time,” he remembers. “That moment broke my heart, but I didn’t question her. I just told her to come upstairs if she ever needed to escape.”

Because of Richardson’s fierce allegiance to candor, his images are gritty and unflinching, but they’re also delicate and warm. In addition to all the fear he felt as a boy, he also has moments he holds dear, like the scent of his mother’s biscuits in the morning and a pine thicket behind a trailer where he played and built forts with friends. Every time he visits his hometown he pauses to take a moment at the lot where his trailer once stood, now vacant. “I’m not sure what I’m expecting to see or feel when I go back year after year,” he admits.

Richardson now understands ideas he wasn’t able to grasp as a child. In his artist statement, he cites the bestselling book White Trash: The 400-Year Untold History of Class in America by Nancy Isenberg. “I’ve read a great deal about the class system in our country,” he says. “The intellectual distance of graduate school has provided alternate perspectives on my family’s economic and social situation. Violence, neglect, and abuse within the lower class are situations that are perpetuated by history and legislation. It would be wrong to think otherwise.”

Someday I’ll Find the Sun is a search for light in dark places and a rebellion against the urge to flee history–our own and our nation’s. As it turns out, the teenage boys with the puppies chose not to run after all. “I wouldn’t give myself credit for the boys making the right choice,” the photographer says, “But I’d like to think that I helped in some way.” Follow the evolution of the series over on Instagram at @johndavid_richardson. 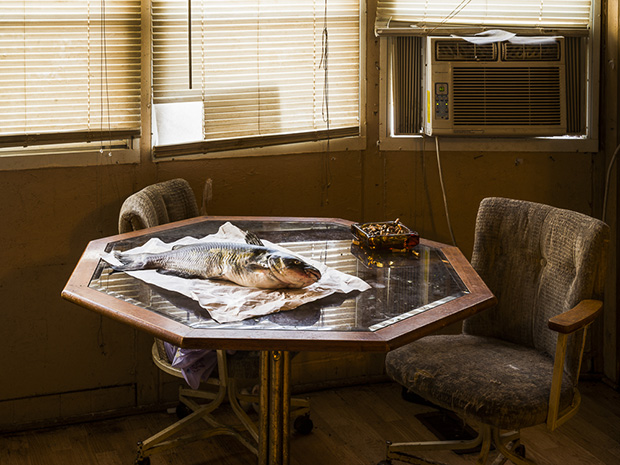 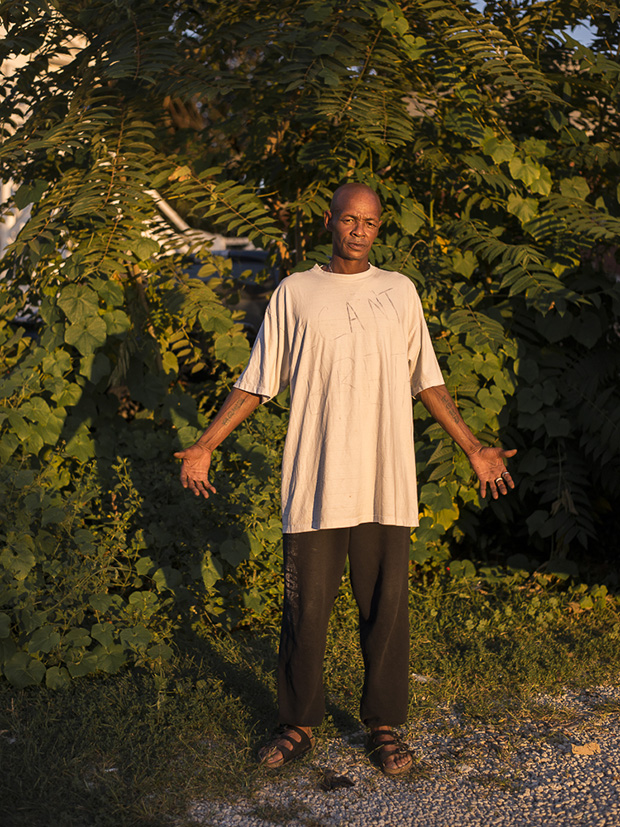 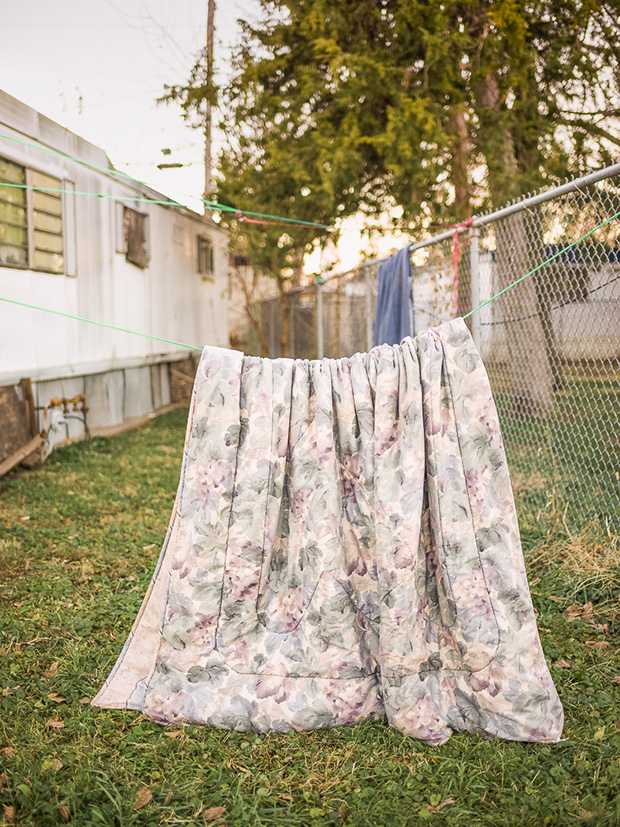 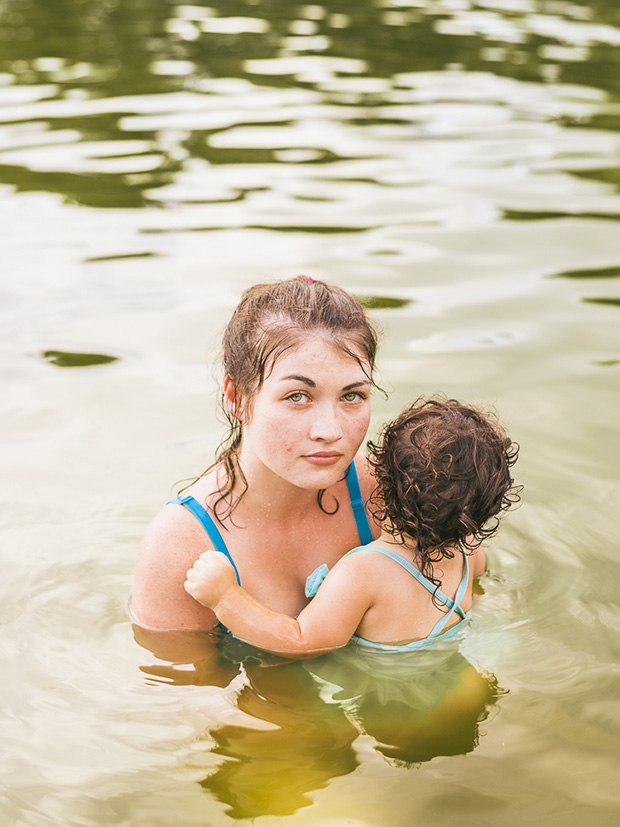 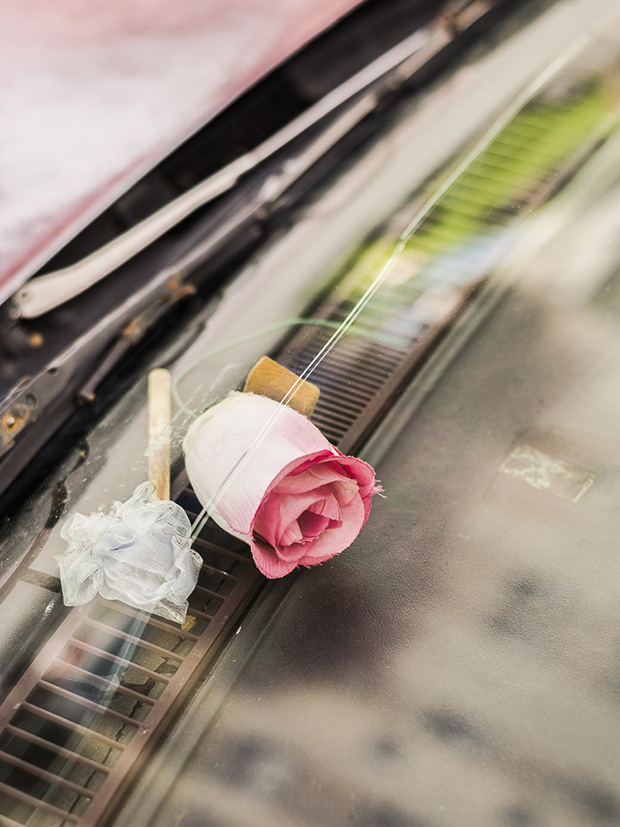 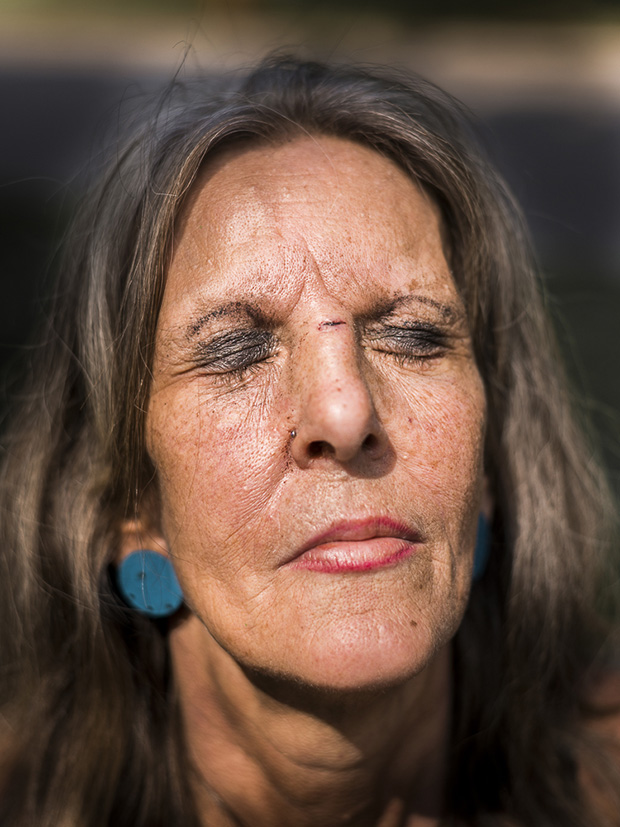 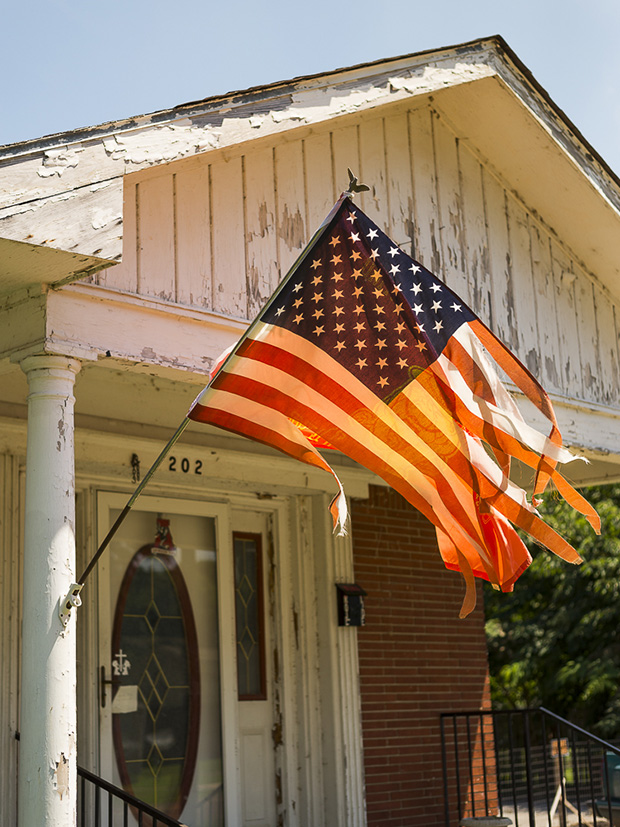 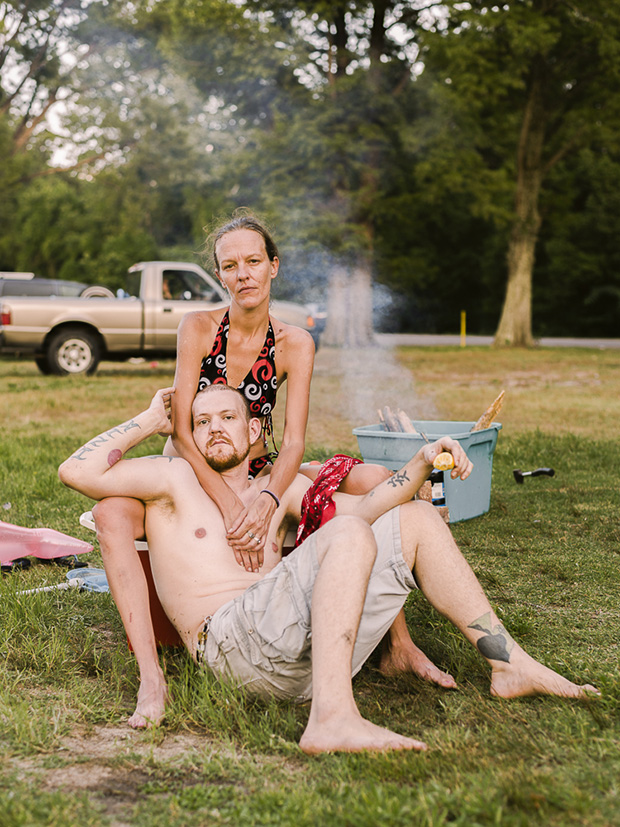 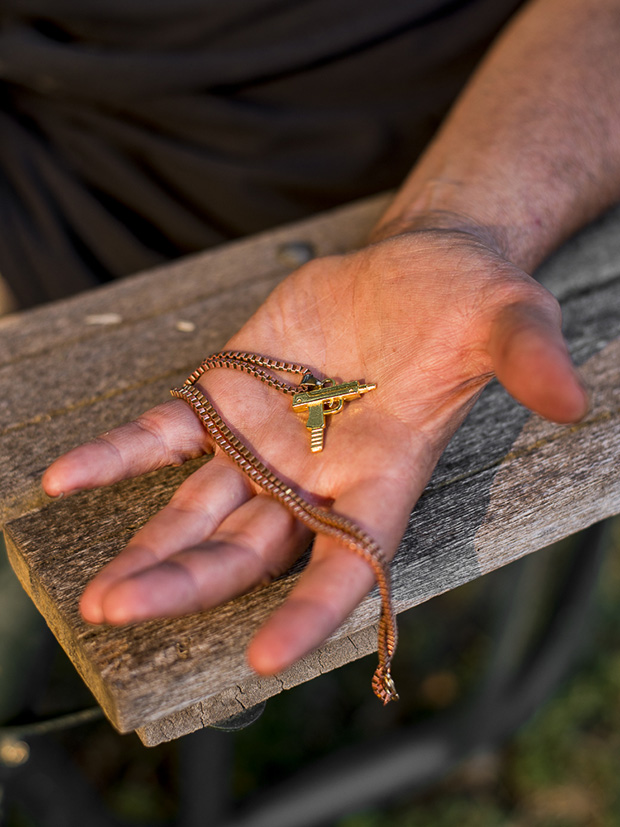