A Glimpse at Life in Kyrgyzstan 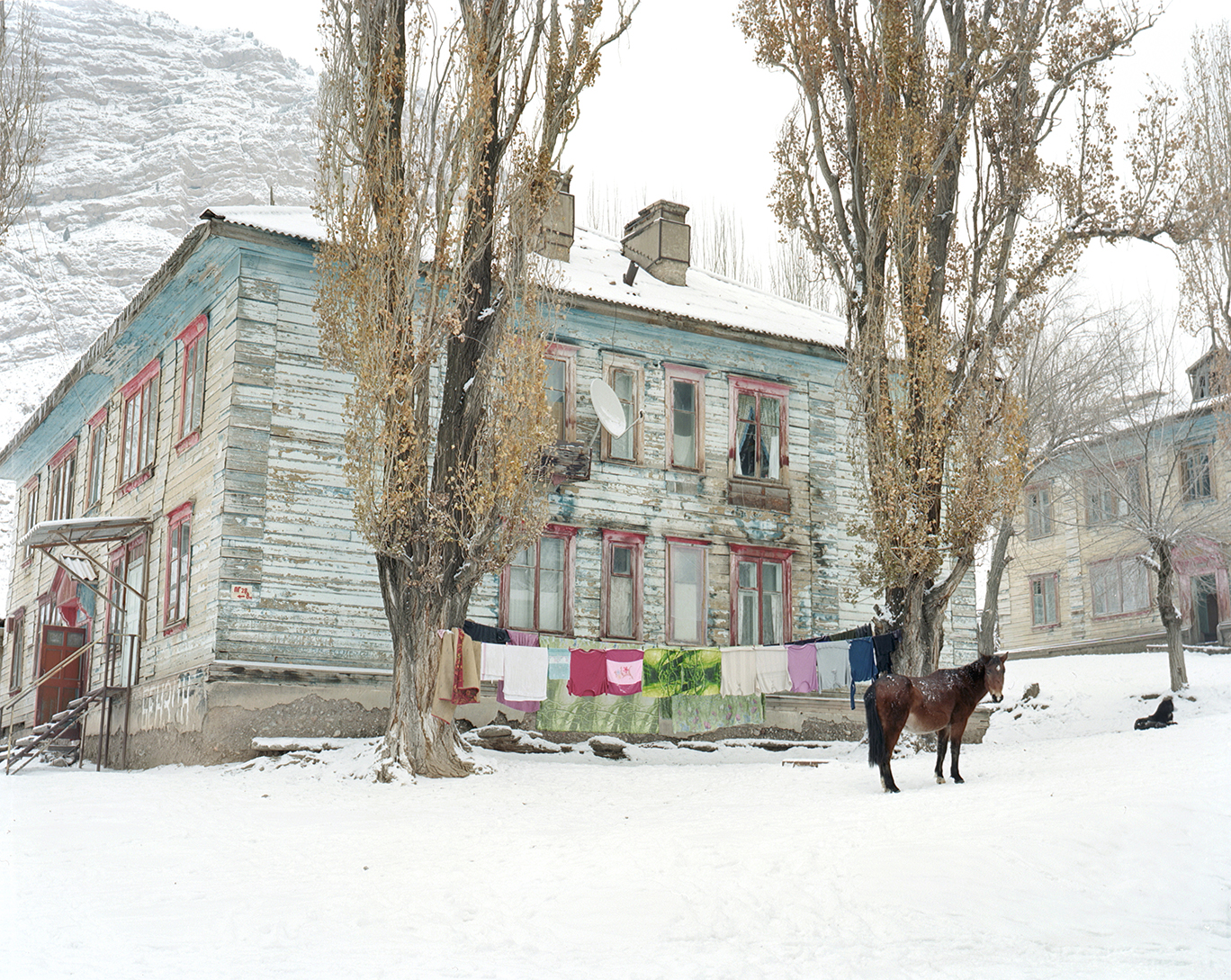 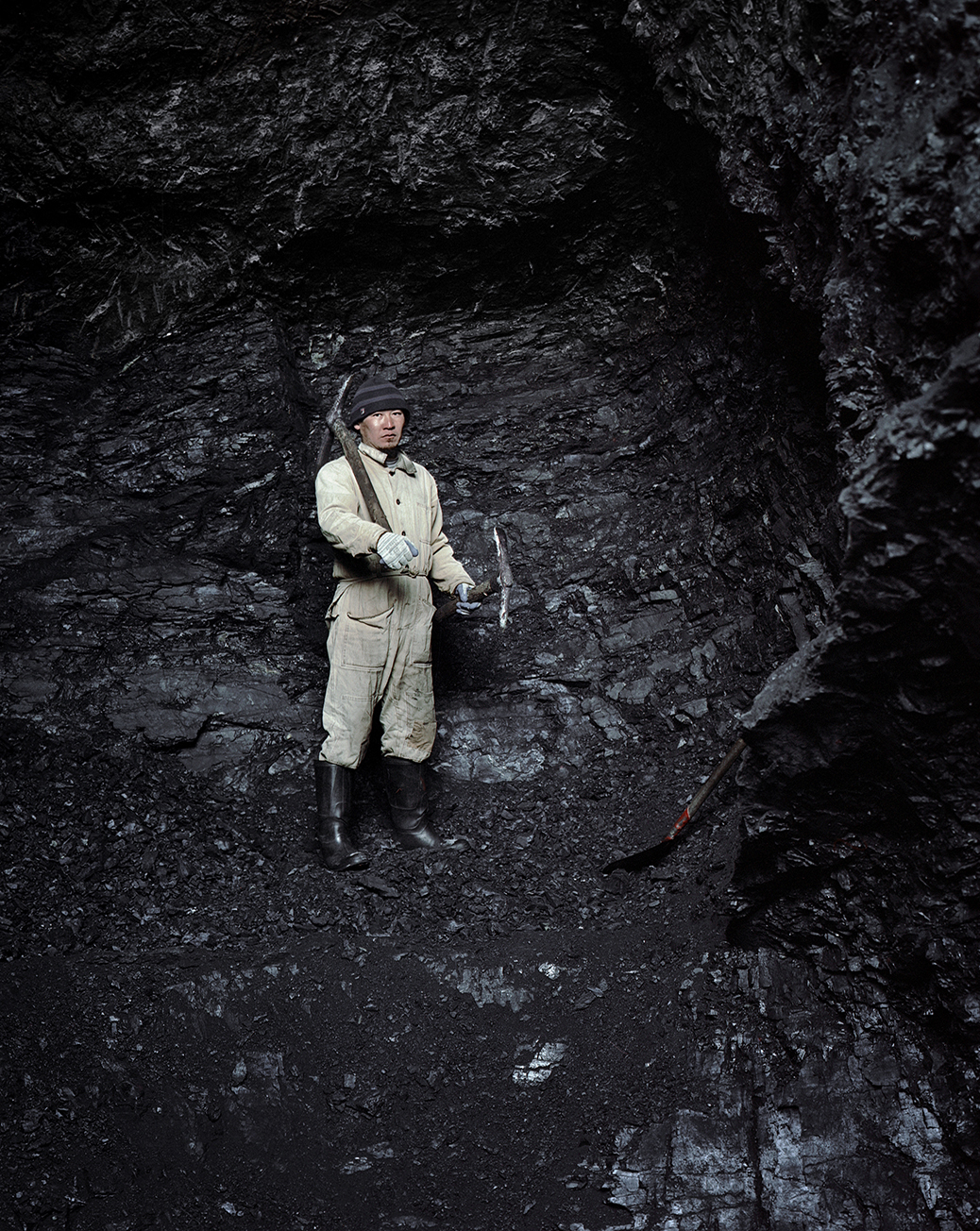 “Today, no one has time for feelings, they’re all out making money. The discovery of money hit us like an atom bomb…”

Svetlana Alexievich, Secondhand Time: An Oral History of the Fall of the Soviet Union

The citizens of former USSR belonged to one of the most powerful forces in the world, and now they don’t. The Russian language, and the Soviet culture that accompanied it, were all many of them knew. As the USSR dissolved, changes came fast, leaving many feeling lost in the new world in which they found themselves, mourning the world to which they were born. In his latest series A Shaded Path, Parisian photographer Elliot Verdier portrays the generational disparities between those in Kyrgyzstan who are nostalgic for the abolished USSR, and the youth who are forging a new cultural identity for themselves.

After returning home from a trip to Mongolia, Verdier became interested in Central Asia, a part of the world he until then knew very little about. “I looked at the map and wondered what there was in Kyrgyzstan—I did some research, and decided to go there and find out for myself.”

“I will always remember the first time I arrived in Kyrgyzstan,” he says, recalling his first one-month long trip to Kyrgyzstan. “It was dawn. The soft pink light of the rising sun was touching the wall of mountains in the south of Bishkek. It was all quiet. Everything there seemed eternal.” The artist returned to Kyrgyzstan for four months to work on A Shaded Path.

The Kyrgyzstan Republic proclaimed independence in 1991—around this time many other states that belonged to the former USSR did the same. Many minorities struggled to come to terms with this new national identity which had been handed to them. Politically, Kyrgyzstan was unstable; there had been two revolutions and over twenty prime ministers in just 25 years. The economy essentially collapsed with the dissolution of the USSR.

“I felt a lot of nostalgia in Kyrgyzstan,” says Verdier, “I noticed it at first with the old people I’d met. You can feel their confusion living in a country full of doubts. A lot of things there didn’t change with the fall of the USSR; they just got old. Cities of course, but minds also. There is also pride. The USSR was powerful, and Kyrgyzstan was a part of this power. Today it is a forgotten, voiceless country.”

Together with writer Grégoire Domenach, Verdier met an old admiral who showed them the abandoned port of the city. During the USSR it was used heavily for importation and exportation, though its purpose became defunct when the USSR ceased to exist. “He seemed so passionate about it, still living in its past glory. Originally from Kazakhstan, he studied in Moscow before leading the freight transport on Issyk Kul lake, and the did his until the USSR’s fall. He never left that place. He never wanted to, but then he never knew where else he could go. After a few vodka shots, Ukrainian songs, and thankful speeches, we finally shot the portrait of him wearing his old uniform.”

In contrast to this older generation, Verdier also encountered individuals from a new generation in the capital Bishkek. The photographer elaborates: “The youth in this country are very ambitious—they’re dreamers, but also connected to reality. It seems like they’re feeling held back by this older generation that is finding it hard to break from the past, and this is why transition is so slow.”

While shooting this series Verdier was mainly based in the capital, Bishkek, though travelled to various other locations—“these included Balyktchy, a former industrial flagship of USSR on Issyk Kul shores’ Min Kush and Mailuu Suu, towns secretly built for uranium extraction. Then there was Tash Kumyr, where every living soul seemed to dig for coal.”

Verdier finds photography a perfect excuse to meet people he would never have been able to meet otherwise. His work focuses not on breaking news stories, but on those that take time to approach with sensitivity.  In this slow journalistic context, the use of large format makes sense—it’s heavy, takes time to set up and is costly—but it also encourages the photographer to think more before pressing the shutter. “I also like people’s reaction in front a large format camera,” explains the artist. “As a photographer you get more credibility, but they are also posing differently. They are more serious.”

The portraits and landscapes that constitute A Shaded Path remind the viewer that everything is finite. Few of us ever live to see the end of the world as we have always known it; but change is inevitable, and old habits die hard. 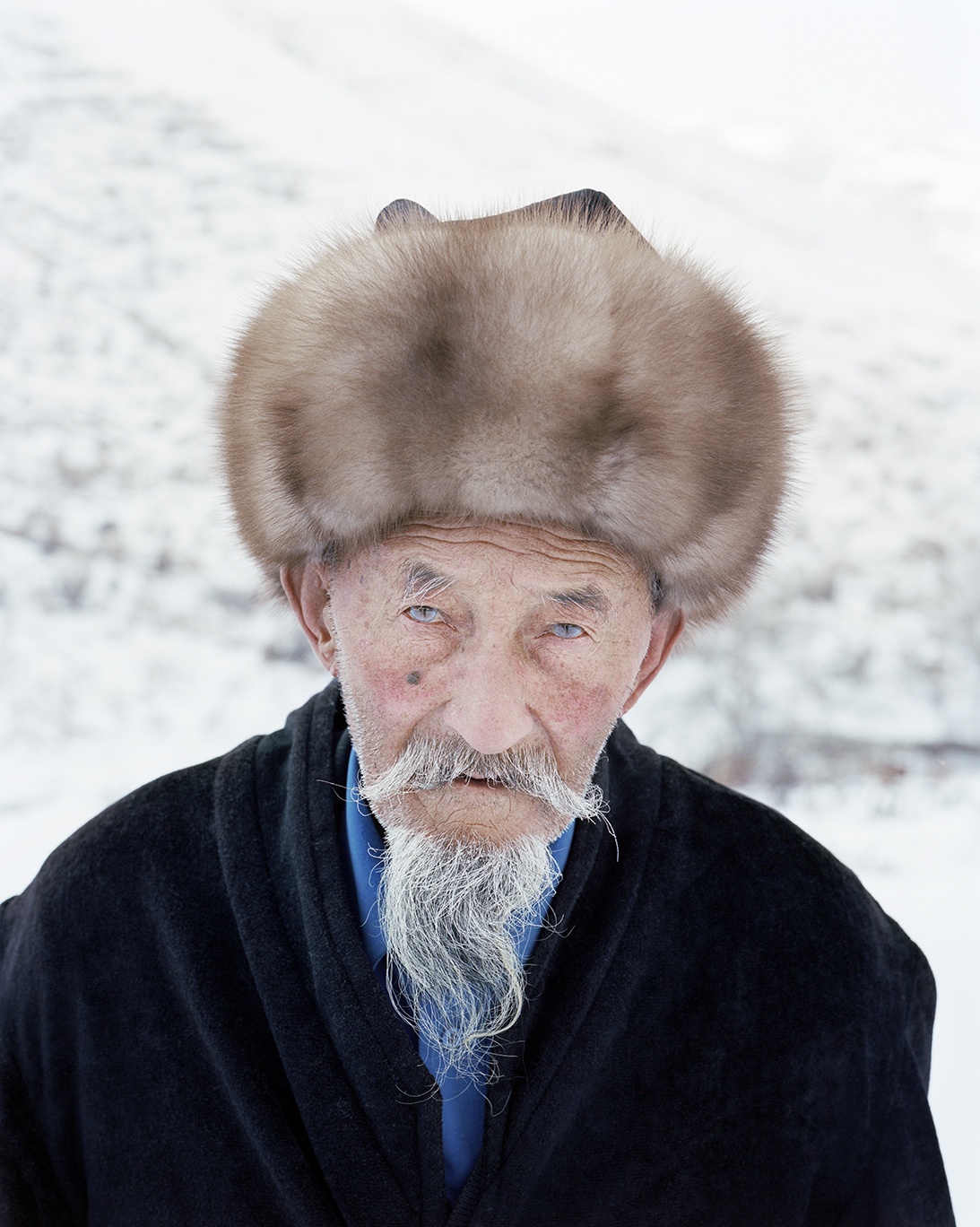 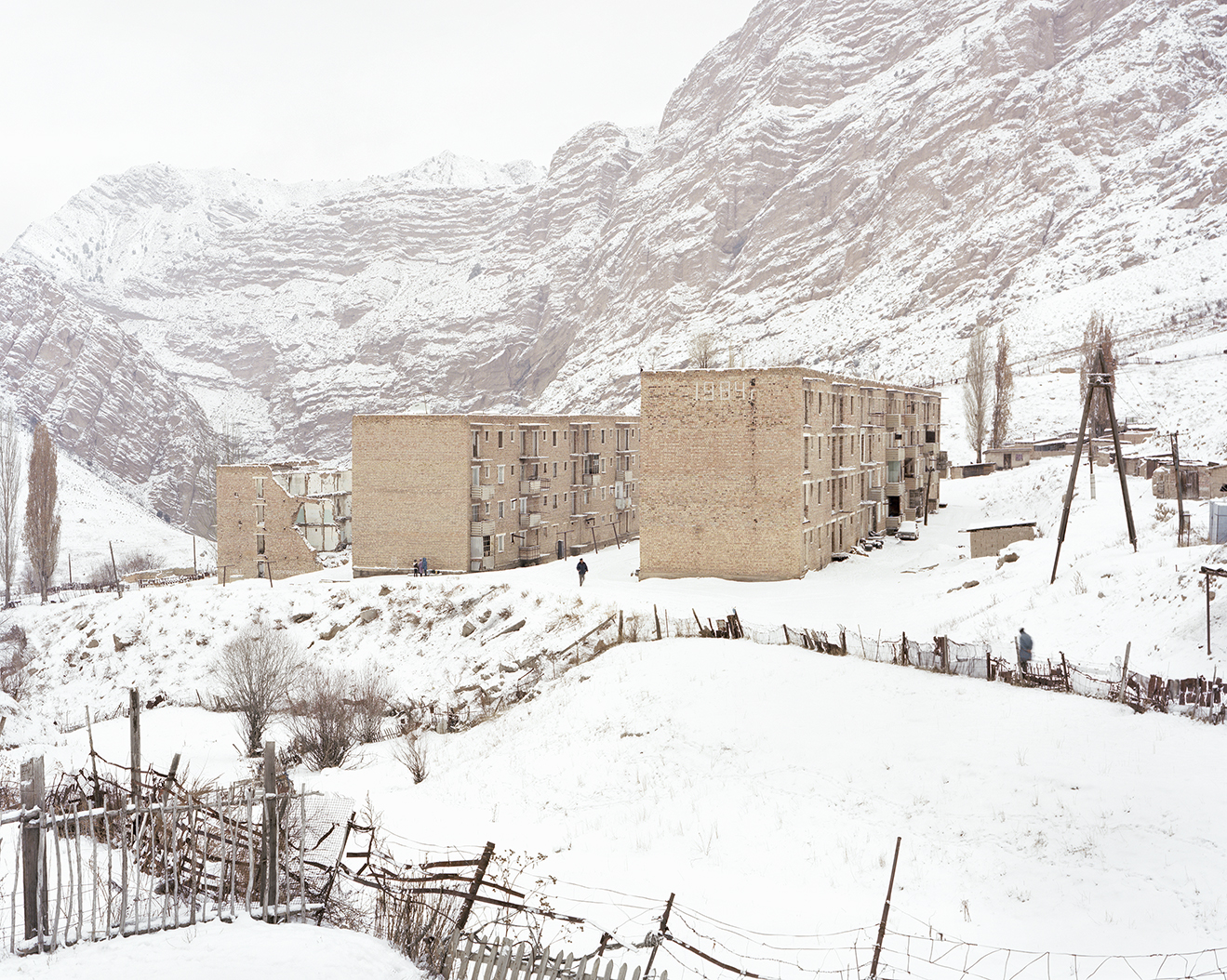 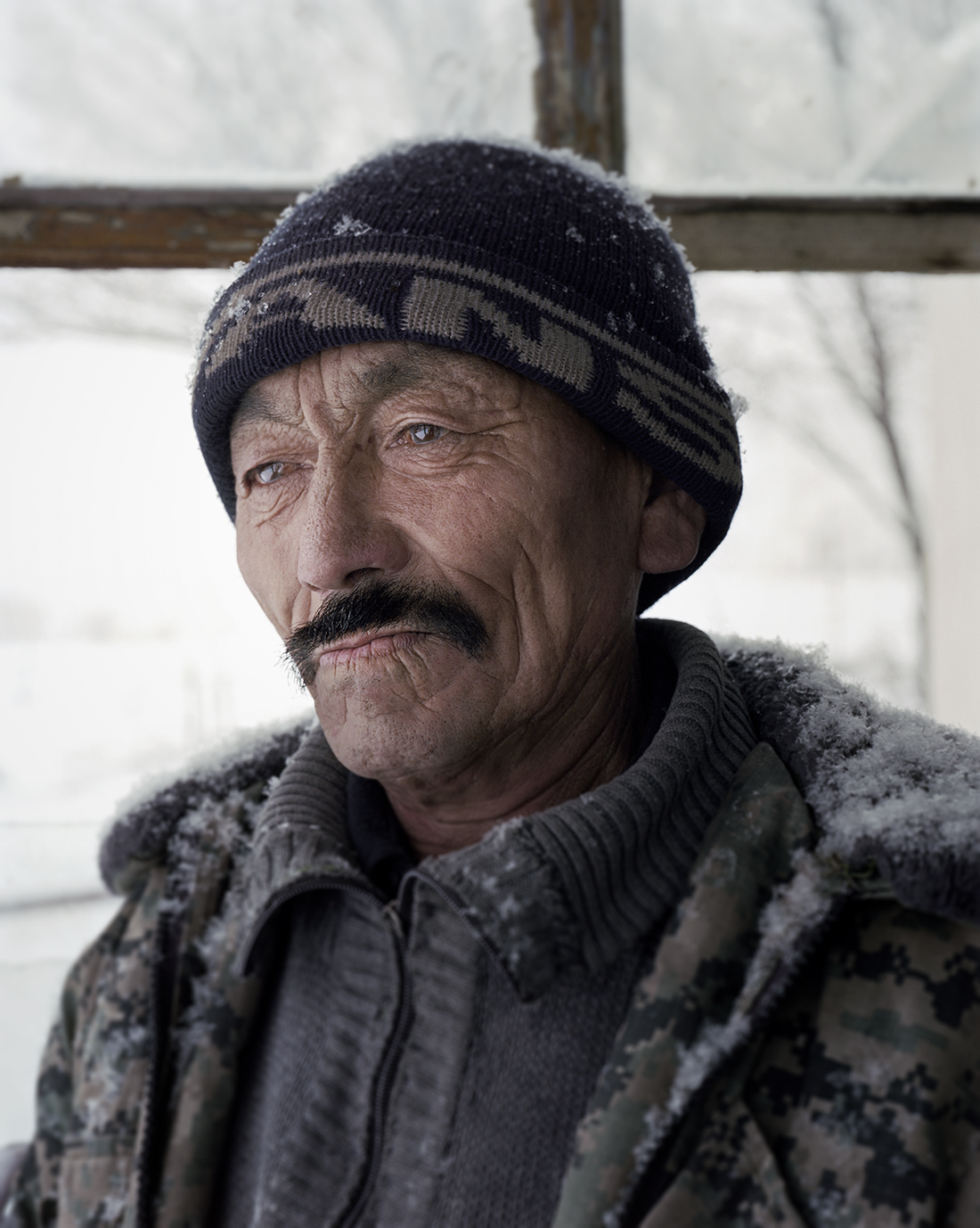 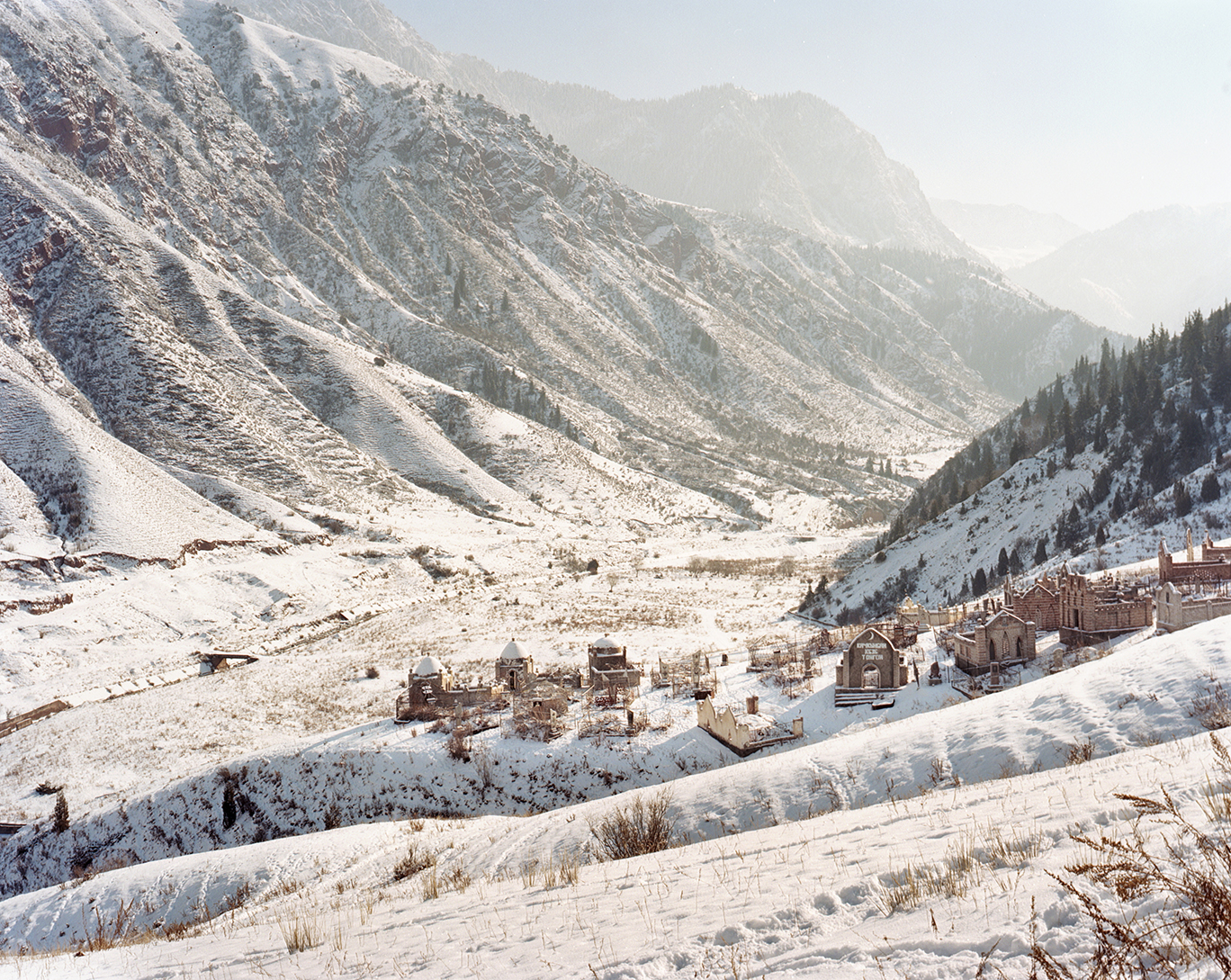 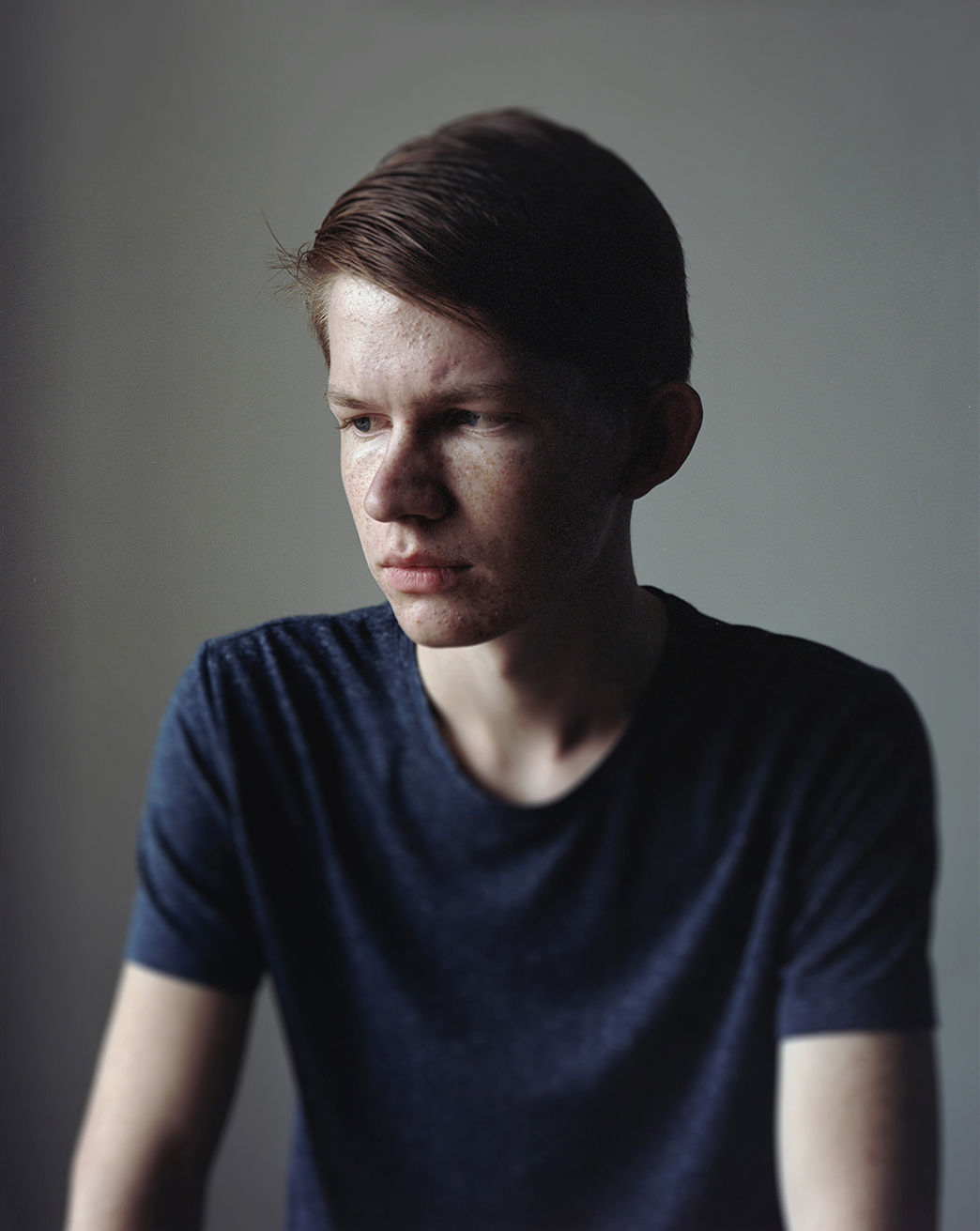 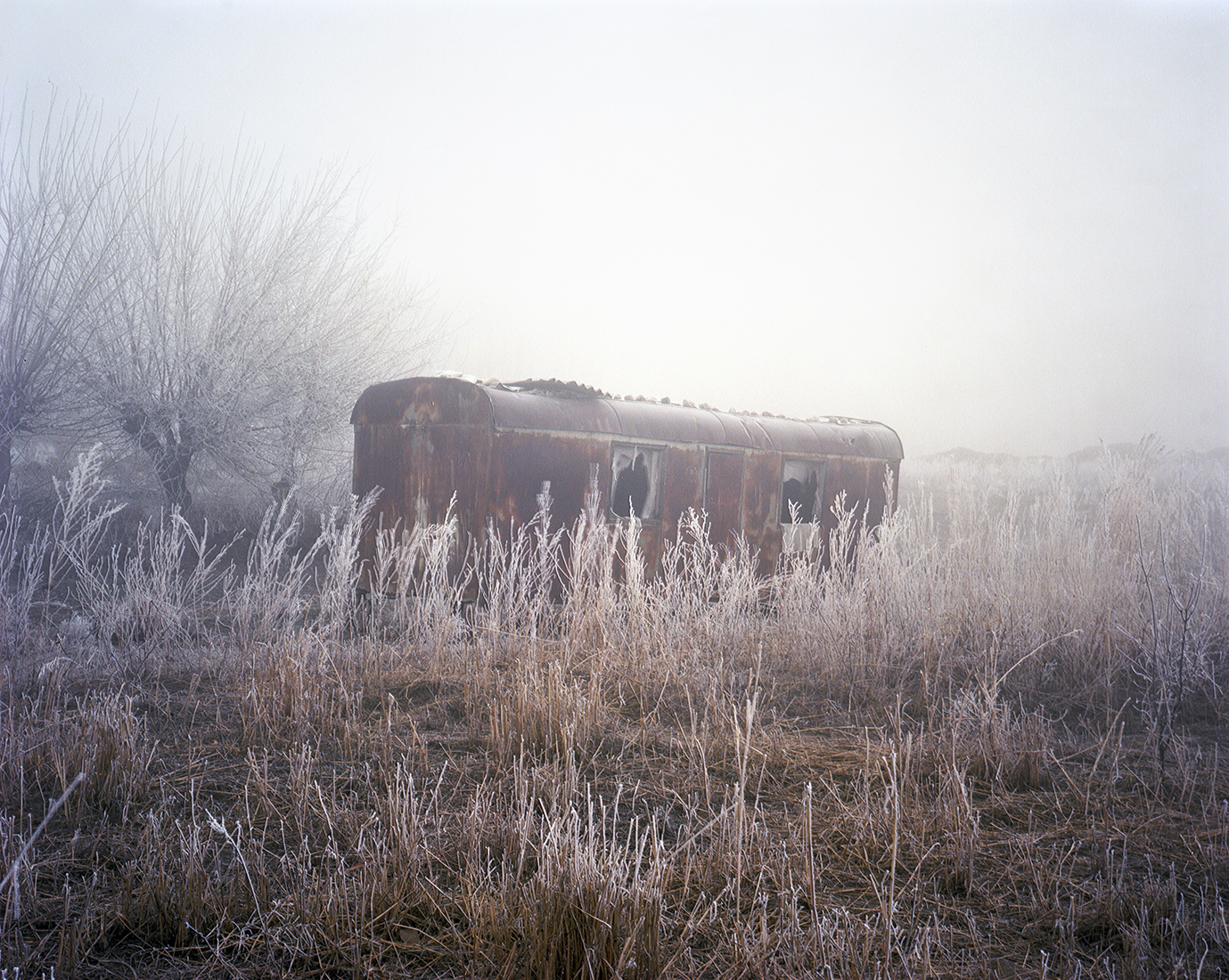 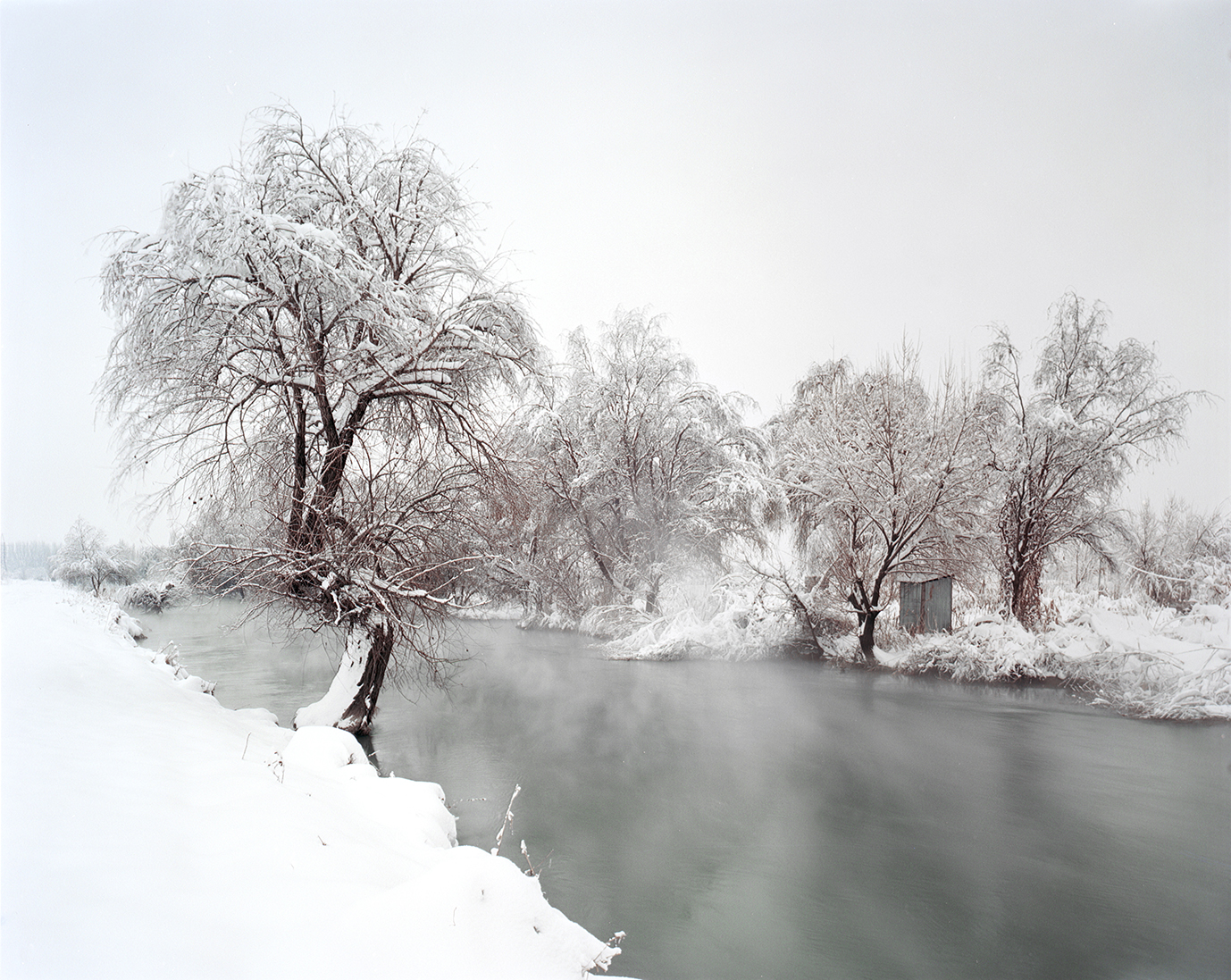 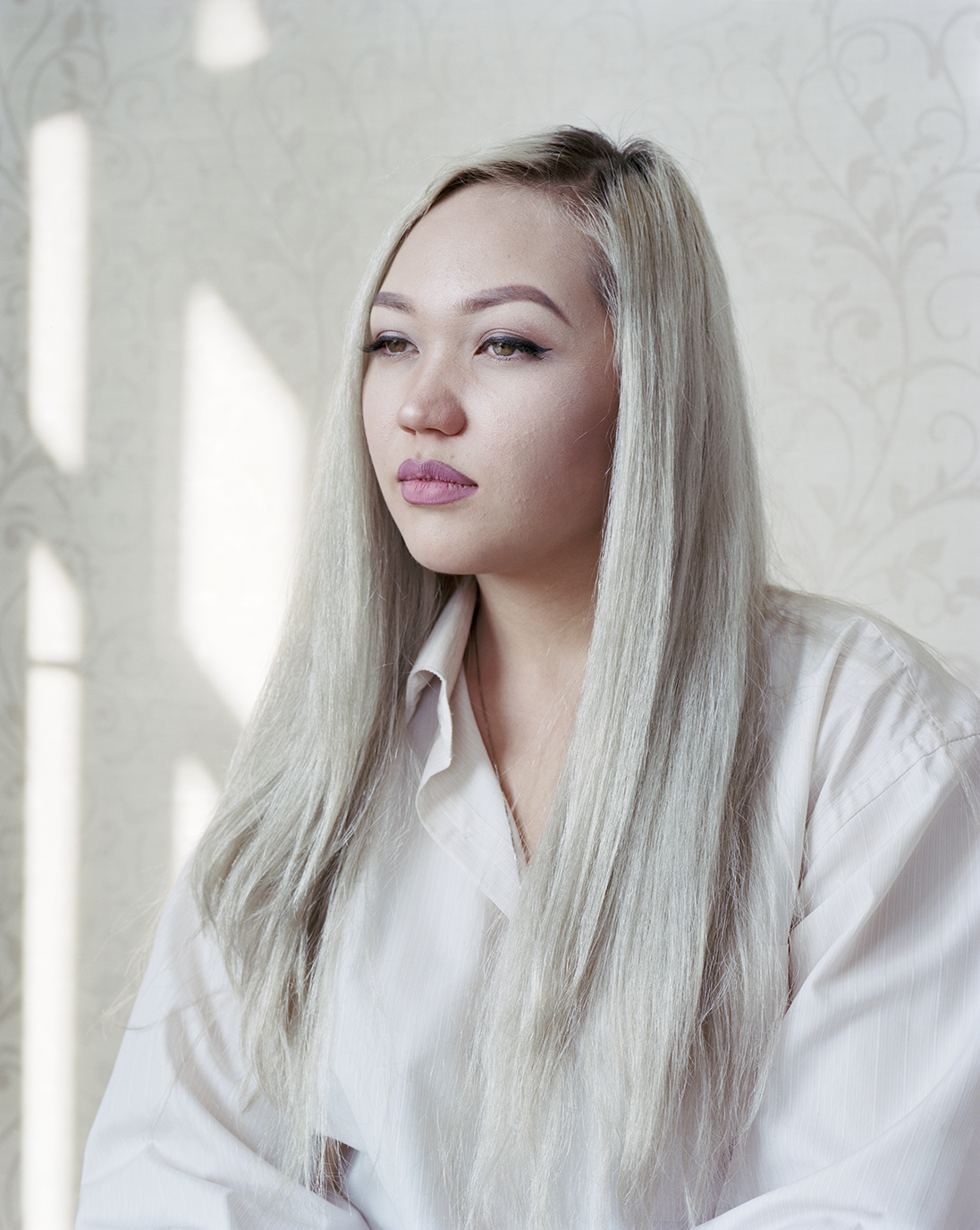