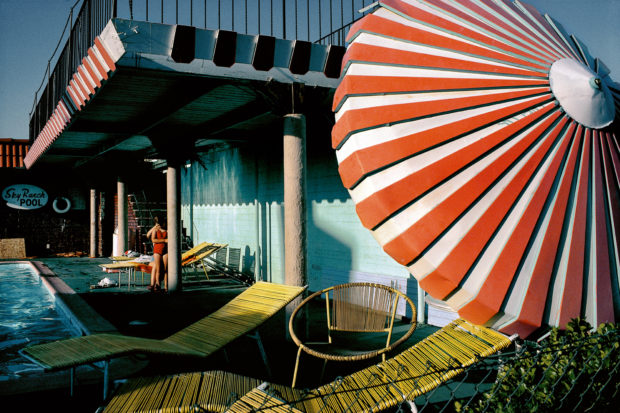 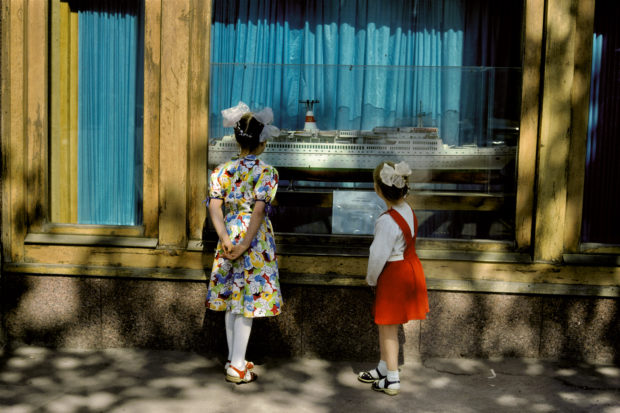 “Higher emotions cannot be communicated in color,” American photographer Paul Strand claimed – revealing the power of irrational beliefs to take root in the mind and spread like a virus through those who fear to question ideology in search of the truth.

The decision to invite Belgian photographer Harry Gruyaert (b. 1941) to join Magnum Photos in 1982 caused dissent among the ranks. At that time Gruyaert had been working in color for two decades, but the powers that be “didn’t see color,” so to speak. Photography was still a fledgling medium in the art world, and those who were desperate to join the ranks revealed a powerful insecurity that fed simple-minded biases and false hierarchies designed to exclude innovative thinkers who worked outside the narrow frame of the status quo.

Gruyaert, however, was undeterred. His commitment remained consistent throughout his remarkable career. In 1981, Geo photo editor Alice Rose George commissioned Gruyaert to photograph Las Vegas. Rather than provide his take on the tired tropes of the Strip, Gruyaert ventured off the beaten path ton the Vegas where residents lived. The result was entirely too realistic; Vegas was not the place of fantasies and spectacle – it was a world where people eked out their existence on the margins.

Invariably, the story did not run – but “time is the only critic,” as novelist James M. Cain understood. With the benefit of the passage of decades, Gruyaert’s work takes on new resonance, not only for its exquisite formal qualities but also for his ability to share a truth about a people and a place that lay deep beneath the narratives we wish to believe.

Gruyaert’s photographs from Vegas have been paired with works he made in Los Angeles at that same time, in a volume titled West that encompasses one of two volumes in East/West (Thames & Hudson). The photographs in the volume titled East were made in the Soviet Union in 1989, just as the USSR was coming to the end of its iron-clad rule. Paired together we see portraits of two superpowers during the final decade of the Cold War. What is striking are not the differences but the similarities.

Gruyaert is a populist in every sense of the word, embracing the common wo/man as they are. There is no romanticism here, no sentimentality that bleeds from an ideology that warp the eye. Instead there simply are people going about their daily lives. Gruyaert’s gift lies in his ability to distill the beauty of the most mundane moments without falling into the trap that so many photographers have adopted in pursuing “the indecisive moment.”

Rather, Gruyaert’s photos are of a thing, a moment in time that is both small and large. The grandeur in his photographs can be found in his mindfulness, in his complete presence in the moment so that you can feel the sun on your face, the breeze in your hair, the breath you draw and exhale as you simply become aware. The magic comes from the familiarity, from the recognition of the subtle grandeur that exists wherever you are, of the mystery of life in and of itself.

East/West is like a dream that feels so real that it becomes a memory. You know it happened because you were there. As David Campany writes in the introduction, “Like the other color masters of his generation who are still working (William Eggleston, Stephen Shore, Guido Guidi, Joel Sternfeld, and others), Gruyaert finds himself finds himself regarded as both a contemporary photographer and a figure from the medium’s rich and neglected recent past. But if we respond to an image, we respond to it now, no matter when it was taken. There is no time travel. All good photographs are, in a profound way, contemporary.” 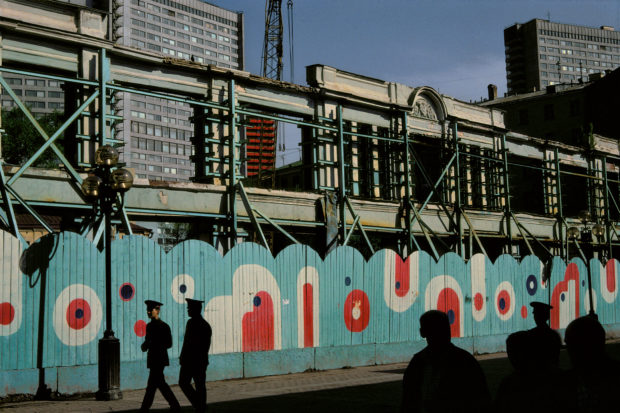 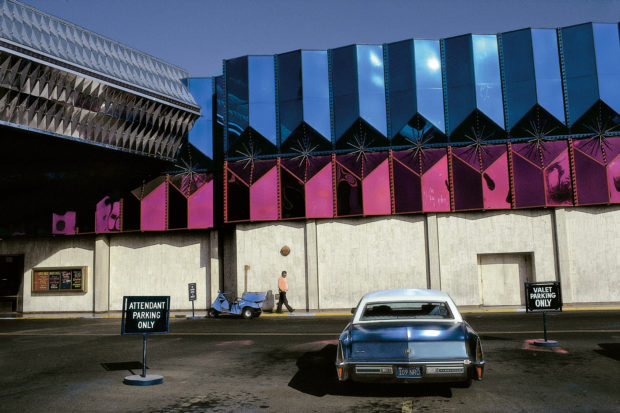 All images: Courtesy of Thames & Hudson