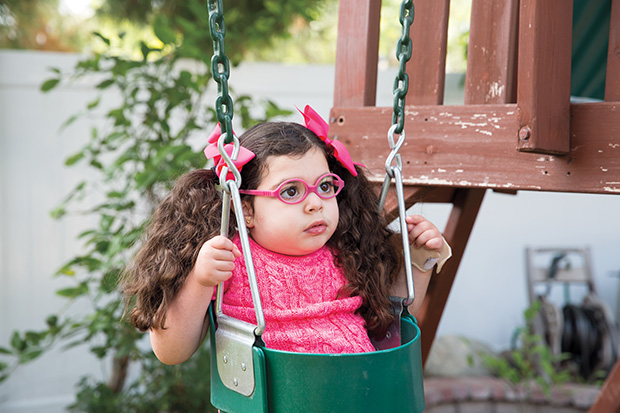 Madison has excessive amounts of iron accumulating in her brain, leading to stiffness in her limbs, Parkinson’s, dystonia, vision problems, and developmental delays. She still manages to laugh a lot, and she loves the swings. 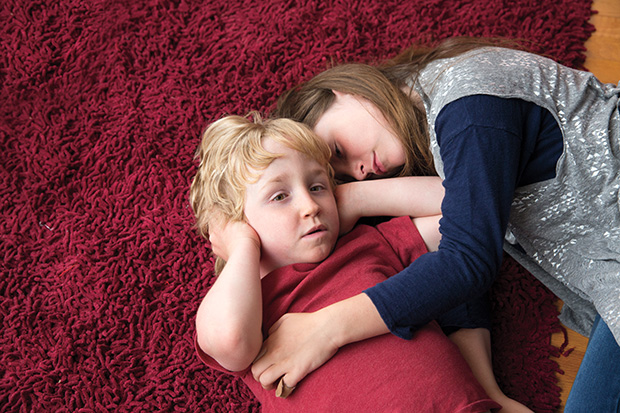 Ian has MCAP and PMG which involve the skin, connective tissue, and brain, causing a disproportionately large head and capillary malformations on the skin. He and his sister have a special bond.

In 1969, Karen Haberberg’s parents lost their first son, a two-year-old boy named Raphael Haberberg. Rafi had a rare genetic disorder called Tay–Sachs disease, and he passed away before Karen was born. Now a photographer, Karen and her family are still followed by Rafi’s memory. They still have his baby pictures. One of them appears in the introduction to An Ordinary Day, Karen’s photo book about families affected by rare, often painful, sometimes disabling genetic conditions.

In the United States alone, about one in ten people lives with a rare disease; chances are you know or have met someone who, by some twist of luck, was born with a changed letter in their genetic code.

Still, the available treatments for these disorders don’t reflect the large numbers. About 95% of rare genetic diseases do not have a corresponding FDA-approved drug, and as Human Genomist Daniel MacArthur writes in the forward for An Ordinary Day, more than 50% of the families of children with these conditions do not receive a formal diagnosis.

While it’s necessary to discuss statistics in conjunction with Haberberg’s book, the photographs themselves— paired with quotations from parents, siblings, and the kids themselves if they are verbal— are about specific people and those who love them. The photographer met the families in the book through various organizations, and they welcomed her into their lives, giving her seemingly unconditional access to the ins and outs of their routines.

Many of the children have endured more procedures and surgeries than most of us have in a lifetime, but what shines through in Haberberg’s photographs isn’t their suffering. She tells us, through words and pictures, about all the little details that make these kids who they are. Maybe they like acting, playing football, or listening to live music.

A boy named Darus enjoys looking at the garbage trucks. Daniel loves toy cars, but he’s partial to the ones with doors that open and shut. Gianna loves her cheerleading uniform. Madison likes turning the pages in a book— perhaps she’ll like looking through this one too.

An Ordinary Day isn’t just about the children as individuals; Haberberg positions them within the larger context of their families. Often, the parents receive little to no support. On behalf of their children, they fight tooth and nail with insurance companies. They try everything, and then they do more.

Brian, the father of a boy named Wyatt, told the photographer he was given a Wikipedia printout about his son’s syndrome by way of explanation from his doctors. Ami, the mother of Miriam and Mohammed, spent countless sleepless hours on the internet, searching for answers. Jamesy’s dad Jim sleeps beside him whenever he has to stay the night in his hyperbaric chamber so he won’t have to be alone.

Each of the families owns a selection of pictures from Haberberg’s time with them. “Some of the children have a very short life expectancy,” the photographer tells us. “These photos create an everlasting image for them.”

Haberberg mentions in her introduction the isolation felt by families of children living with rare genetic diseases— there is sometimes bullying, she says— and her thoughts are echoed in some of the families’ testimonies. Still, An Ordinary Day is about togetherness more than it is about loneliness. Elizabeth, Kelly’s mom, wrote the photographer a long letter when she received the pictures. Her last line was, “You are now family.”

All of the families have been invited to the launch for An Ordinary Day, and at least six of them will be in attendance. Haberberg’s parents are also excited about the book; recently, they accompanied her to the Global Genes Conference in Los Angeles.

Proceeds from the book will benefit and fund genetic research. Haberberg plans to create a documentary film on the subject and to launch a website where families coping with rare genetic conditions can connect with one another. An Ordinary Day: Kids with Rare Genetic Conditions is published by powerHouse Books. Find it here. 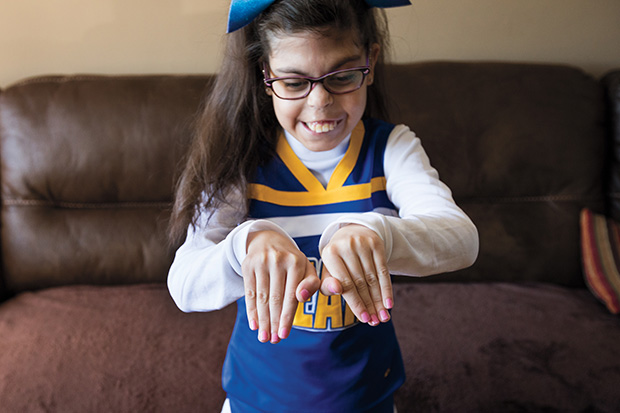 Gianna has had 26 surgeries but she is still a star in her town’s cheering squad. 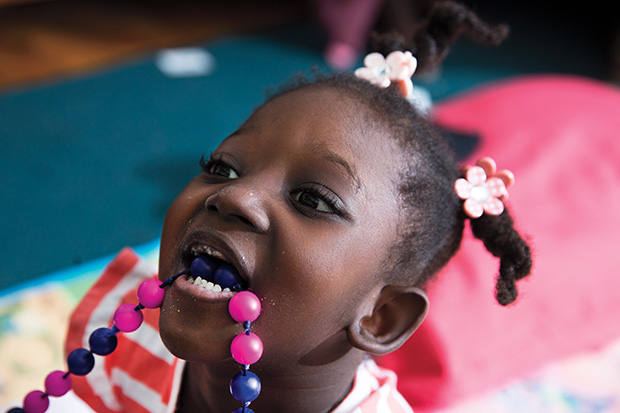 Miriam is the first African American diagnosed with NGLY1. Her younger brother has it too. 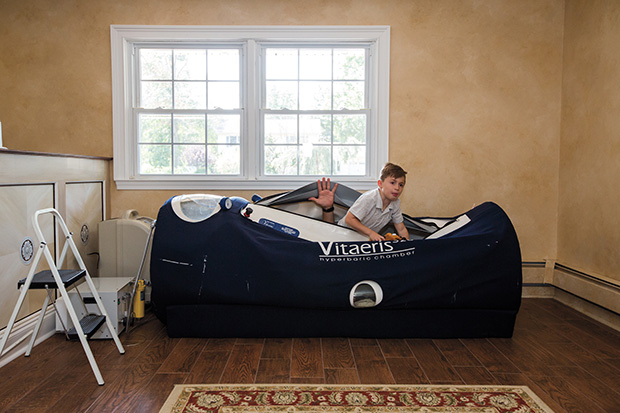 Jamesy often sleeps in a hyperbaric chamber to help improve his breathing. His dad always joins him.