The Sorrow and Grace of Abandoned Cats, in Photos 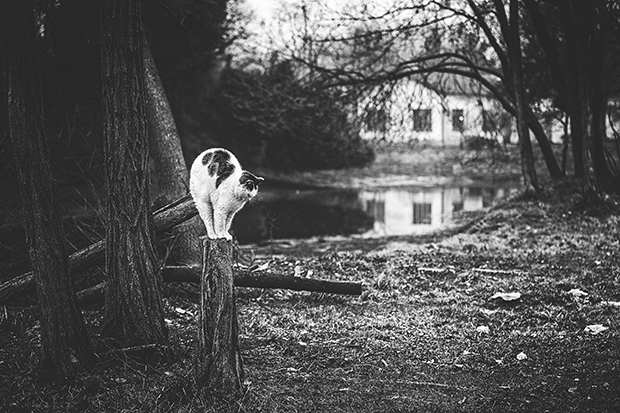 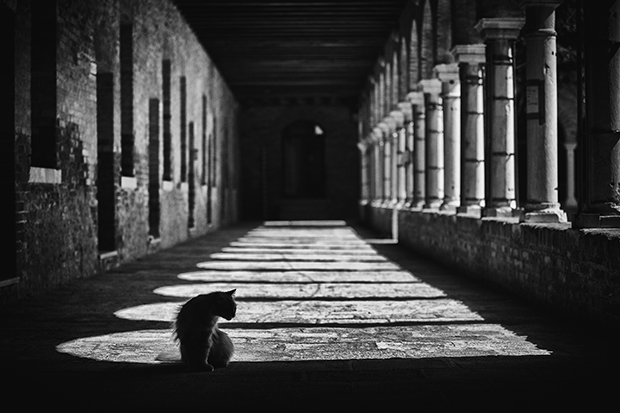 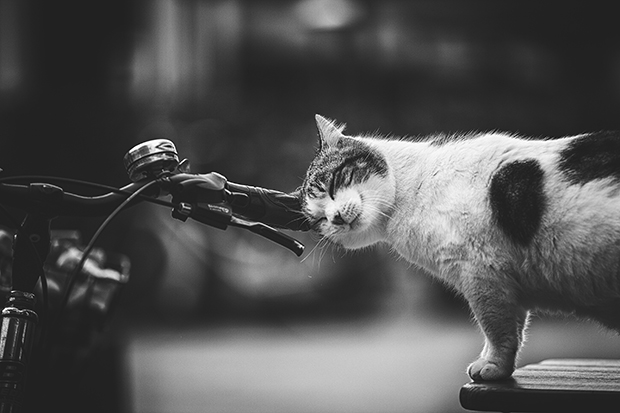 “I remember having the clear feeling that I was taking photos of people,” Italian photographer Sabrina Boem tells me of her first encounter with stray and abandoned cats. “I remember human eyes that talked to me. I loved those cats, their eyes, the way they looked at me.”

The artist calls these cats who have been left behind The Invisibles, but before she met them, she had her own two cats: Sissi, who always kneaded her tee-shirt as she feel asleep, and Ricky, who insisted on sleeping in the bed from day one. Boem always found joy in watching them explore and play in the way that only cats can. “Sissi is a wild spirit,” the photographer says. “She’s pure nature. The first time she climbed a tree, she was so tiny I could hold her in my hand.”

Before she visited her first shelter, Boem assumed that all cats lived like Sissi and Ricky— in homes and with people. Her friend Elisa told her about shelter work and cat colonies, and in the last two and a half years, the photographer as grown to understand the nuanced world of homeless cats, both stray and feral, and the people who care for them.

Boem says it can take anywhere between five minutes to two years to gain the trust of a cat. Some of the cats she’s photographed have been around people for their whole lives; others live out their days mostly in the wild, with help from a few kind people who offer food and sometimes medical care.

While shelters house animals in hopes of finding them a permanent human family, sanctuaries are open to colonies of cats who live mostly autonomously. In the sanctuaries Boem has photographed, there’s a flap door for them to exit and enter. Sanctuaries provide food, shelter, and medical care with a kind of “open door” policy for all the cats. They can spend their time indoors or outdoors, depending on where they are most comfortable, and they can decide the level of interaction they have with people.

When an older cat gets ill, he or she will usually be taken home by a volunteer to live out those final days in comfort. Boem repeats the sanctuary motto: “Nobody must die alone.”

“The volunteers are all so strong,” the photographer admits. “Which I’m not.” During her first trip to a local park, where about 180 colony cats live, Boem couldn’t go inside the sanctuary itself. She looked at the cats through the window, but she didn’t want to learn their names. She feared growing attached.

Even now, she tells me, “My camera is my shield. It protects me. It helps me keep some distance from reality, even if those cats are right there, flesh and blood, just a few inches from me.”

Over time, however, Boem has let down some of the barriers she built. Once when she was photographing in a colony, she was followed by a white and red cat, who kept requesting pets and cuddles. When she asked about him, she learned from sanctuary volunteers that he had just been abandoned.

This particular cat couldn’t adapt to life with the rest of the colony because he had been in a home with people for so long. The sanctuary, a place called ENPA Venezia, ultimately found a loving home for him, but there were moments when Boem wondered if she could possibly adopt him herself. She still gets emotional looking at his pictures. His name was Taru.

“Now when I go to the colony, I call the cats by their names,” the artist writes. “I go to the places where I know they are because I miss them and I need to be with them.”

Not all cats are like Taru, and Boem respects that. The more fearful cats tend to run away, and that’s okay. She always comes back. The Invisibles book, she says, is the result of love and patience, but perhaps more than that, it’s the result of a kind of devotion. On some occasions, it’s taken her months just to convince a cat to make eye contact with her. “I know that look is for me and me alone because I’ve spent time with them and I’ve earned it,” she explains.

One cat she only saw for a mere moment, but his memory has followed her for years. She was in a park and suddenly became overcome with the sensation that she was not alone. “I was the only person there at that time of the day, yet I felt observed,” she remembers. “I turned around. And there in the tall grass near the shore, I saw two eyes.”

She took two photographs, then she lowered her camera. She saw nothing. No one was there. The first picture she had taken was blurry, but in the second one, she could clearly make out the two little eyes poking out from the grass. “That cat was there,” she insists. “Just for two seconds. But he was there. And in two and a half years, that was the only time I saw him. He was a real ‘invisible.’”

The first edition of The Invisibles: The Secret World of Colony Cats is available now. Boem continues to add photographs to the ongoing body of work, and she regularly posts pictures on Instagram.

In the future, she plans on extending the project to include homeless cats who are in even more desperate situations— those all around the world who are living without the compassion of a few helping human hands. She’s ready as a photographer and a documentarian, and perhaps more importantly, her heart is strong enough now to take the leap.

If you’d like to help, please consider making a donation to ENPA Venezia, the sanctuary that saved Taru. Find their Facebook page here and their website here. “It’s a small group of people, and they are always in desperate need of any kind of help: food, blankets for shelters and outdoors in winter, and donations,” Boem says. 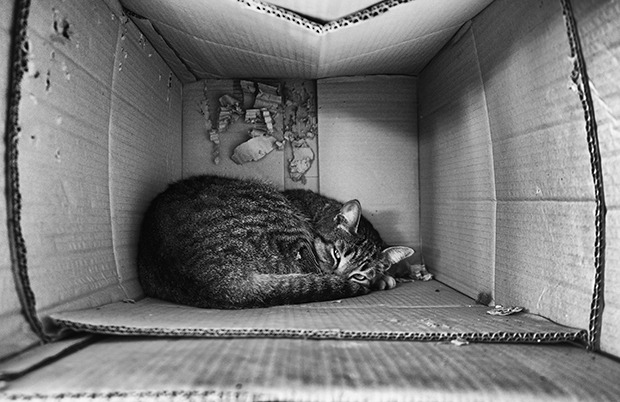 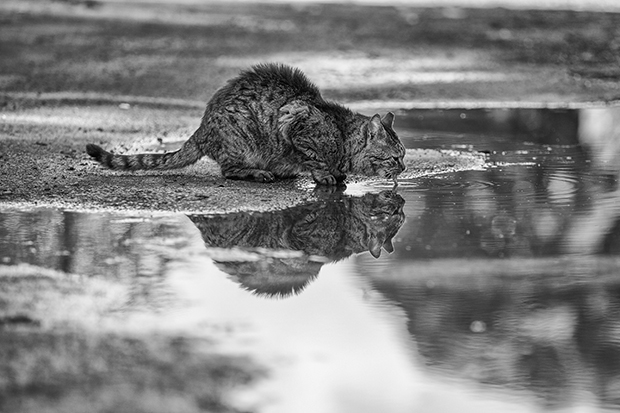 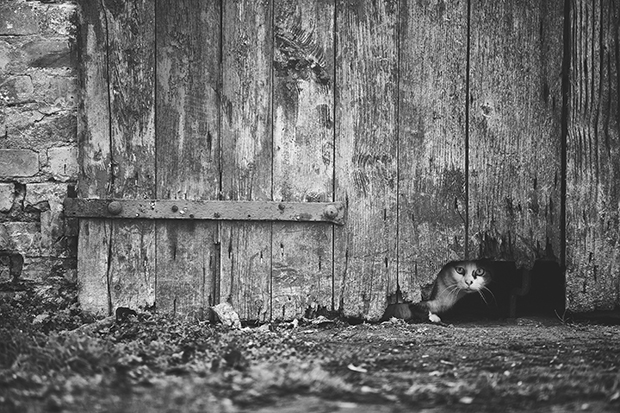 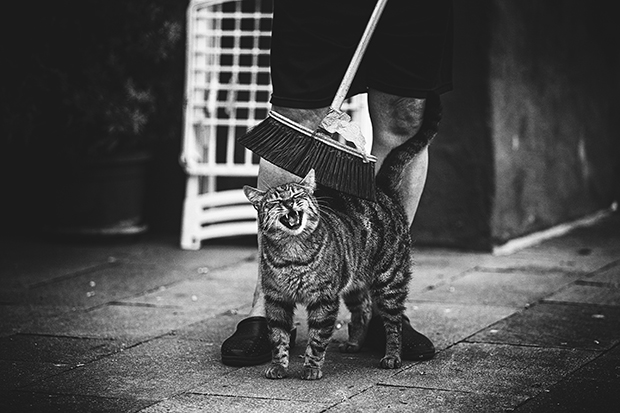 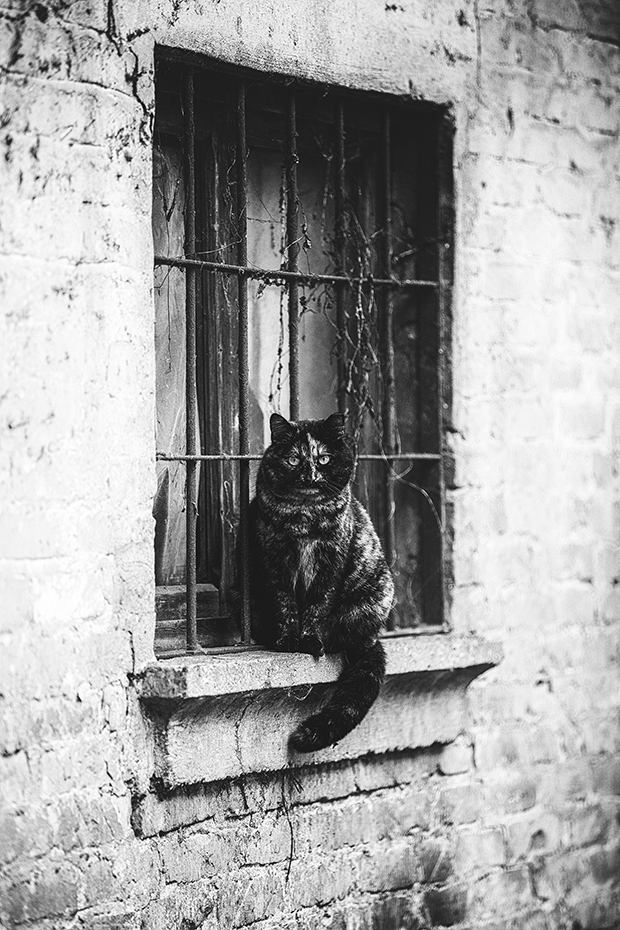 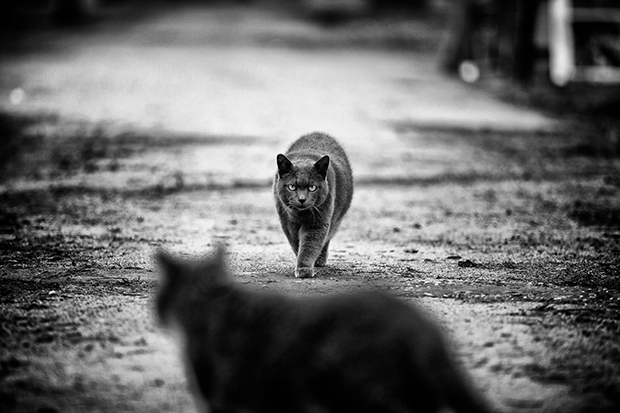 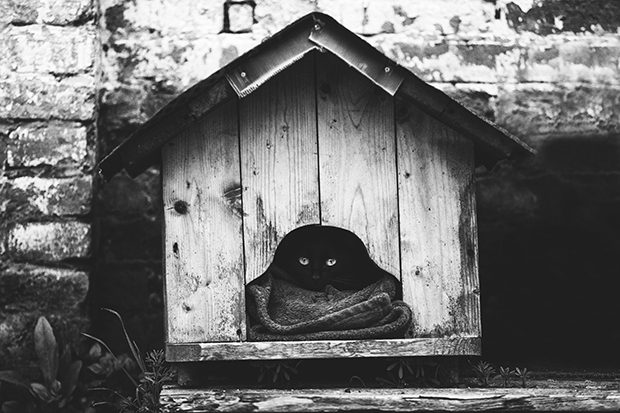 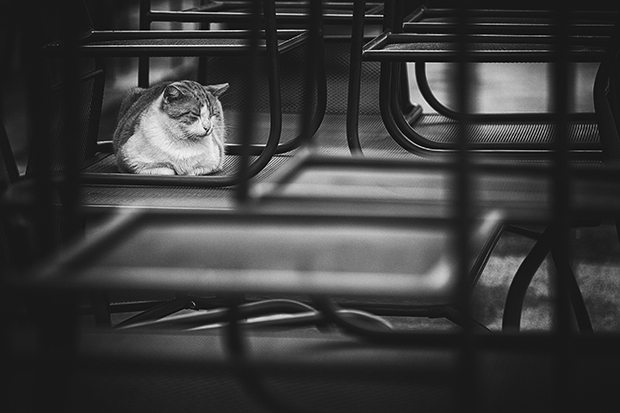 “I took this photo of Taru on a Sunday morning. It was early, and the park where a big colony of cats lives had just opened. Tarù was napping on the chairs of the restaurant that is next to the sanctuary; it was still closed at that time of the day. He was all alone there, as usual, while other cats where still sleeping together in the sanctuary.” 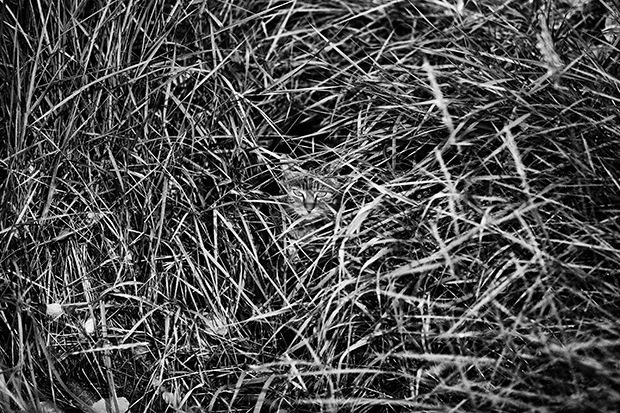 Eyes in the tall grass