Changing the Way the World Sees Africa, in Photos 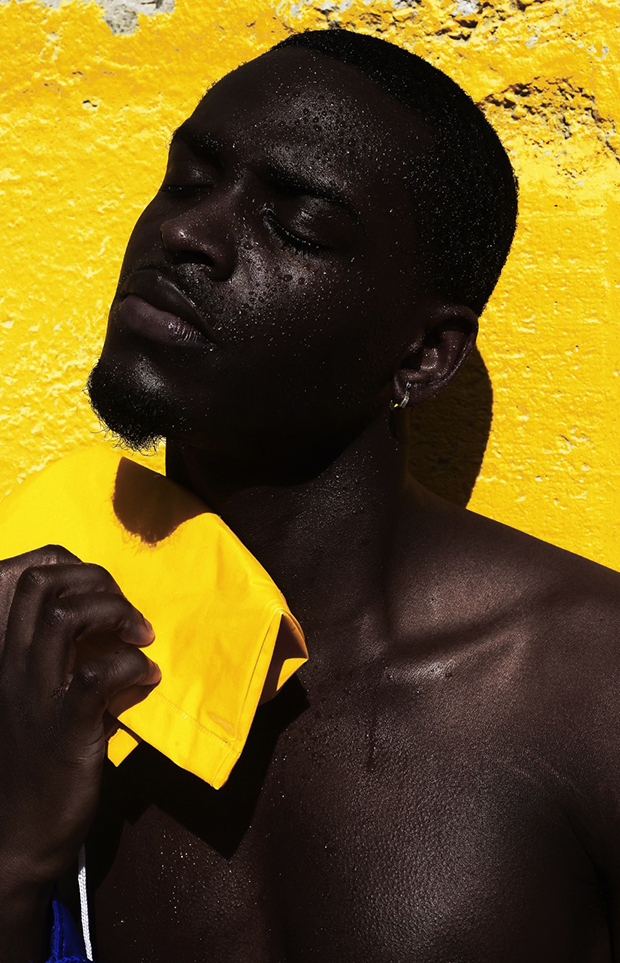 Montreal-based photographer Yannis Davy Guibinga, who was born and raised in Gabon, recently asked an auditorium of people at the University of Toronto, “Can you believe that in 2017, some people still think Africa’s a country?” Everyone laughed. He smiled, “It’s funny, but it’s true.” Then he looked at the audience seriously. The tone shifted.

At twenty-two, Guibinga is part of a growing movement of young artists reshaping the way the world understands Africa and its diaspora. His voice rises above the din of centuries of misinformation, prejudice, and revised history to tell personal and universal stories about what it means to be part of the continent.

Guibinga’s portraits are rooted in honesty. They’re the antidote to the piles of European colonial photographs that portrayed African people, their families, and their lives inaccurately. If photography can lie about Africa, and it has, perhaps it can also reveal the truth.

“I believe that visual storytelling capturing the perspective and experiences of different kinds of Africans will contribute to a change in the way the rest of the world thinks about Africa,” he tells me. “And also how Africans think about themselves.”

Later in that same talk at the University of Toronto, Guibinga mentioned the fact that “many people have never heard of” Gabon, his country of origin. Few knew anything about its people and their stories. This time, no one laughed. They just listened.

Below, we ask the photographer about his work, and he gives us insight into the shifting tides in the world’s understanding of Africa and its people. In the end, he says, there’s hope for a better future. Follow along at @yannisdavy on Instagram for more. 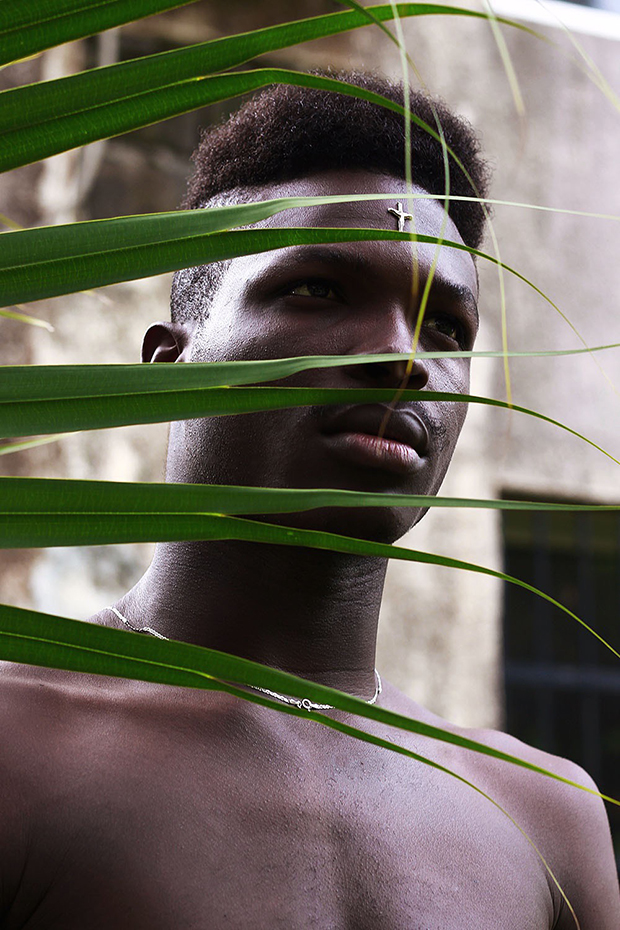 Can you tell us about your most formative memories of Gabon? Do you still carry the place with you?
“I would say that my earliest memory of Gabon would be me and the rest of my family in my grandmother’s house. It was the place where all the holidays, gatherings, and family reunions took place, so the house was always full. I believe that we always carry a piece of where we come from inside us, no matter where we end up. So yes, I still do.” 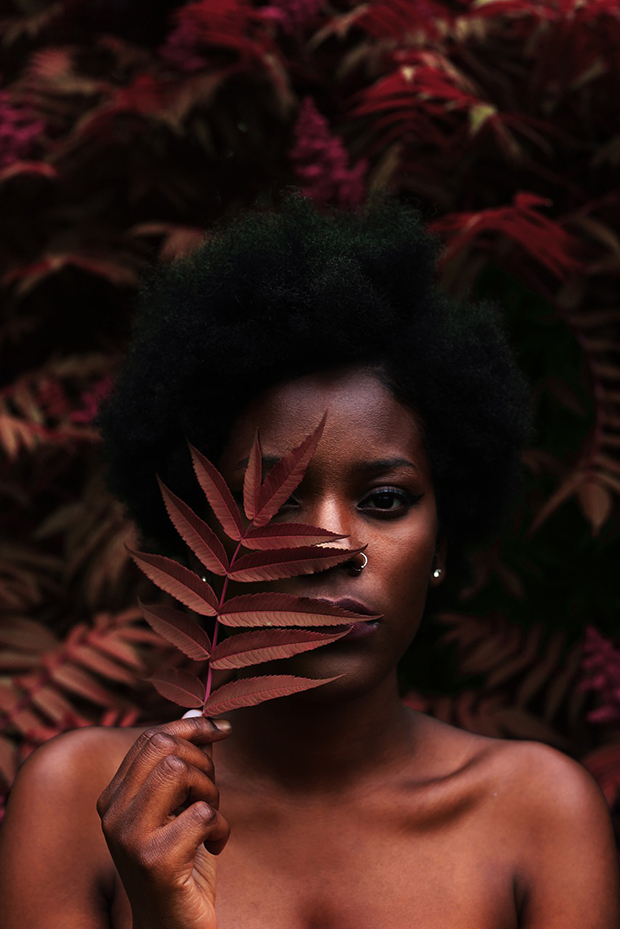 “While the style of many postcolonial photographers is still being reproduced and celebrated today, it is important to look at what colonial photographers were doing and the way they were capturing people in order to subvert it and communicate a different message and more authentic message.

“Malick Sidibe and Seydou Keita are obvious references, but I also look at the work of Okhai Ojeikere, Ousmane Sembene, and Djibril Diop Mambety as references and inspiration for my own work.” 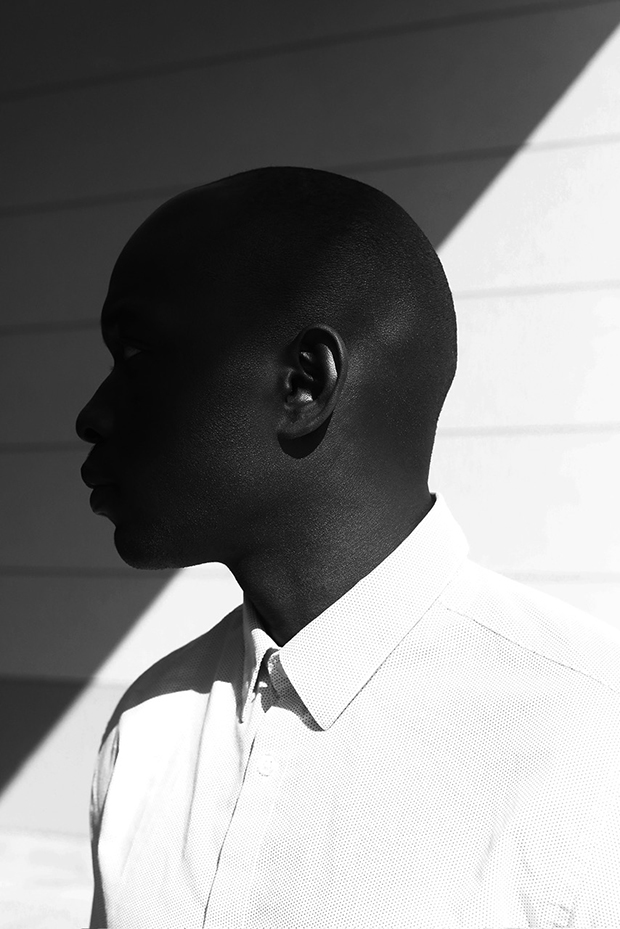 How has photography in the past failed to accurately represent African people? And what have been some of the consequences of these failures?
“The very first photographs of Africans were taken by Europeans who served Europe’s colonial and imperialist agenda. Africans were therefore portrayed as uneducated savages living in underdeveloped communities. The impact of these photographs was such that the messages they communicated then are still considered facts by many people today across the globe, who think that Africa remains an underdeveloped place in desperate need of guidance.” 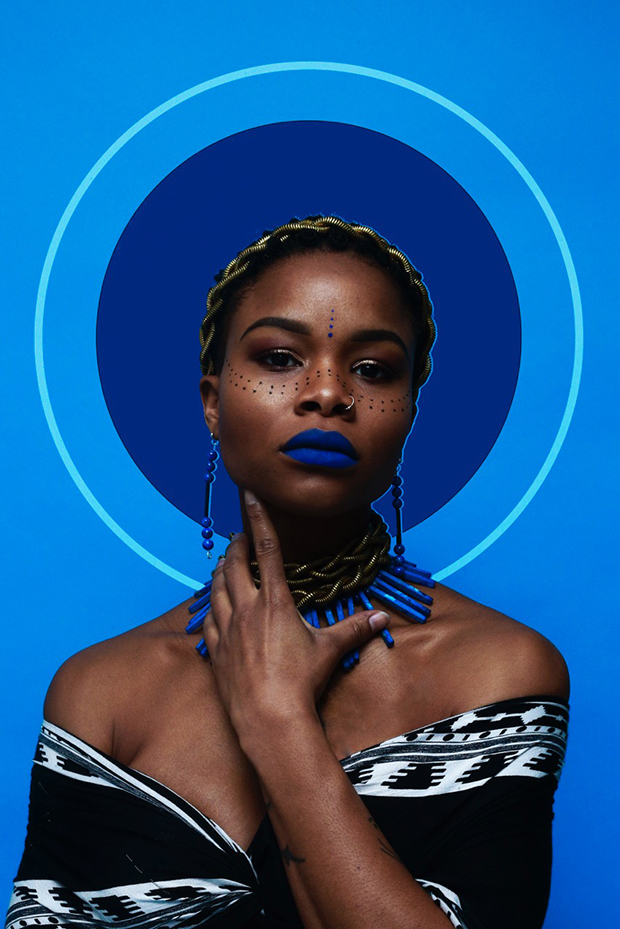 How do you find your models?
“Features, expression, and individuality are what makes a model stand out the most to me. Because a lot of my work is about exploring the diversity within the broader African identity, I try to look for individuals who might have unique and different perspectives compared to the most common ones we might already know about. While I do know some of the models personally, I randomly find others online who I think have something interesting and unique about themselves.”

What goes into conceptualizing a portrait?
“Either exploring a sociocultural issue specific to the African context or celebrating a certain cultural item or community is what I focus most of my work on. The process therefore starts by figuring out what I want to talk about in this specific situation and how it can be translated visually.

“The next step of the process is figuring out more technical details like colors, location, perspectives, etc. before finally deciding on a subject that could bring the idea to life. Some photos, on the other hand, happen spontaneously and therefore do not necessarily have a specific story behind them.” 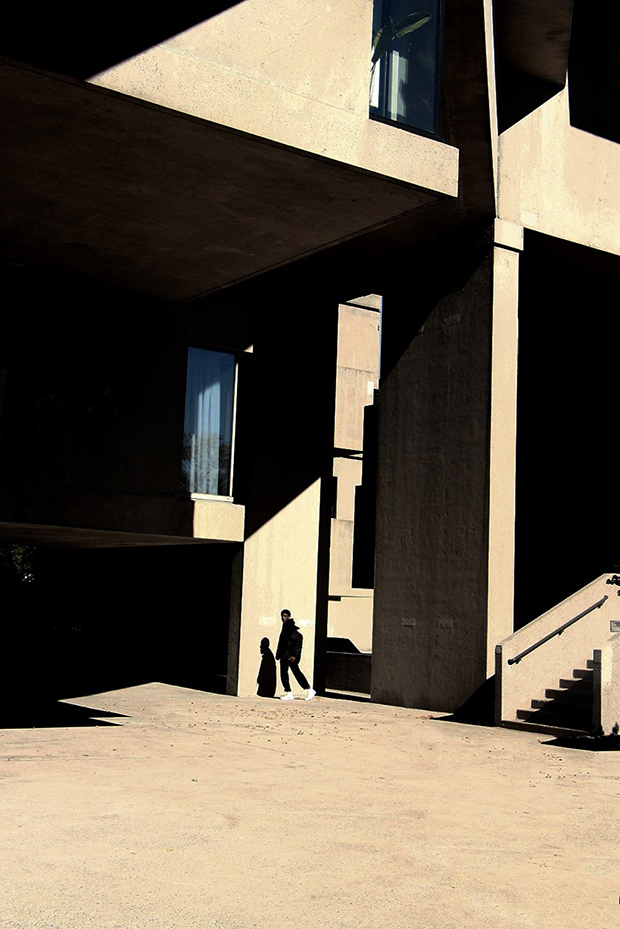 What has been the most important or meaningful portrait you’ve made to date?
“I would say the portrait of Josef Adamu from the ‘HUSSEIN’ series, mostly because Lupita Nyong’o put it on her Instagram [laughs]. HUSSEIN (2017) is a visual essay telling the story of the life of an immigrant who is forced into manual labor despite his education and previous accomplishments in his home country.”

What do you hope your subjects/models see when they look at the pictures you’ve taken of them?
“I hope they can see themselves as beautiful and powerful and ultimately feel good about who they are and the position they have in the world. Putting yourself in front of a camera is something that might not be easy for everyone, so when they do, I believe that my mission is to capture their true essence and authenticity as accurately as I can.” 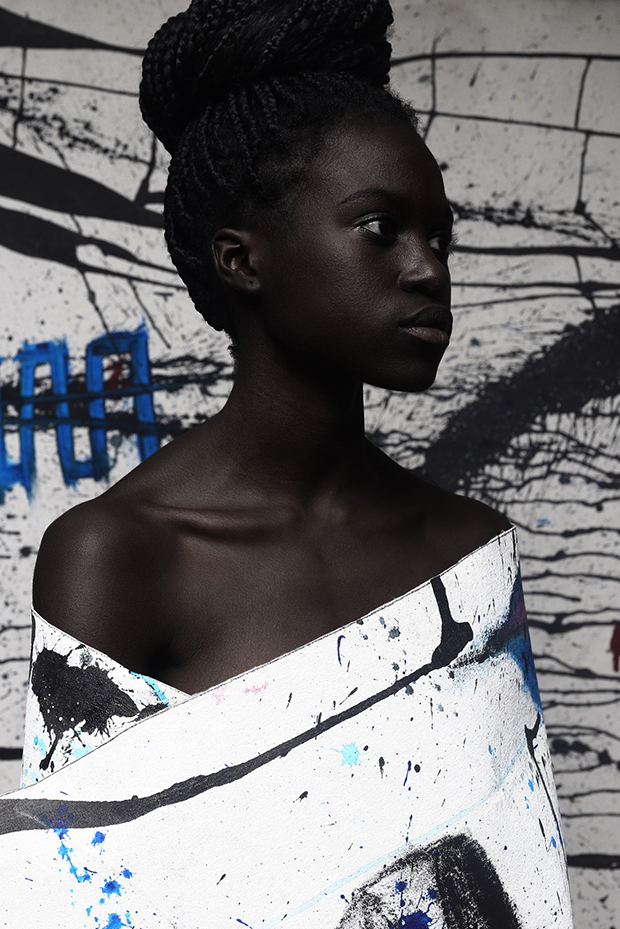 Why is it important to you to tell these stories now? What makes this moment— 2017— so critical in the history of Africa and its diaspora?
“People are increasingly starting to pay attention to Africans and their culture especially when it comes to art and entertainment. African individuals and stories have been in the spotlight recently in an unprecedented way and our cultural influences are starting to reach a larger a more global audience.

“2017 is a critical year for Africa and its diaspora because there has been a shift in the way the rest of the world thinks about the continent and its people. While the stereotypes dating from the colonial era remain very much alive today, people are starting to see Africans as a more diverse community, which I believe is the first step towards Africans finally being active and important contributors to globalization.” 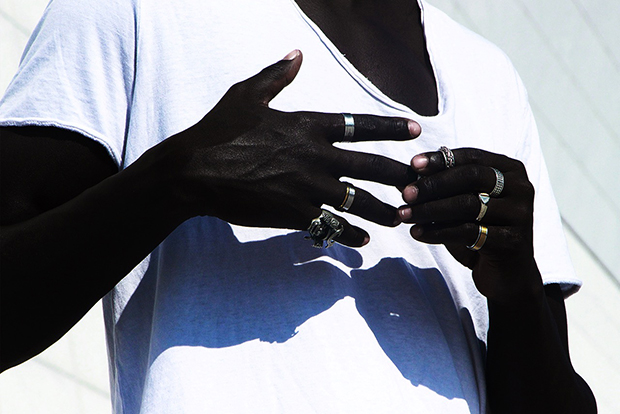 Do you have hope that the harmful narratives of the past can be subverted and replaced by more truthful ones? If so, where do you find this hope?
“I believe that the only way the narratives of the past will be subverted is if African photographers are not only the ones capturing and telling the stories of the continent but also the ones creating the platforms and infrastructures on which these stories are shared and consumed.

“African photographers have done an amazingly efficient job at portraying a more authentic version of African lives and people in their own respective communities since Malick Sidibe and Seydou Keita (among many others) in the 60s. Thanks to the internet, it is now easier for more stories about the continent to be told by many more photographers. I believe that the more stories are told by Africans themselves, the more diverse the rest of the world will realize Africans actually are.” 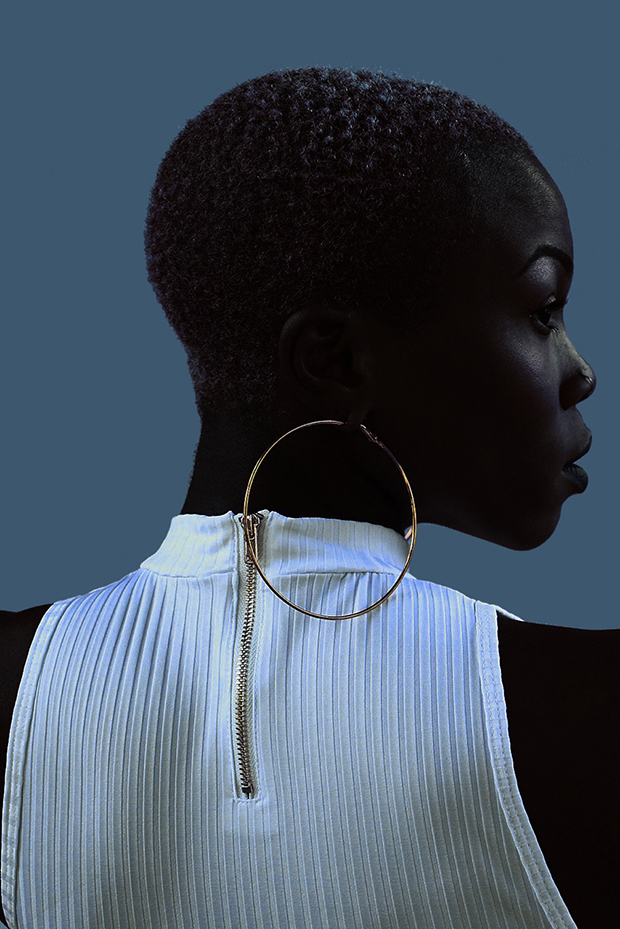 Is there a question you wish I had asked that I didn’t?
Yes, ‘Who is your favorite photographer?’ to which I would answer ‘Shawn Theodore.’ A master of his craft and a true inspiration.” 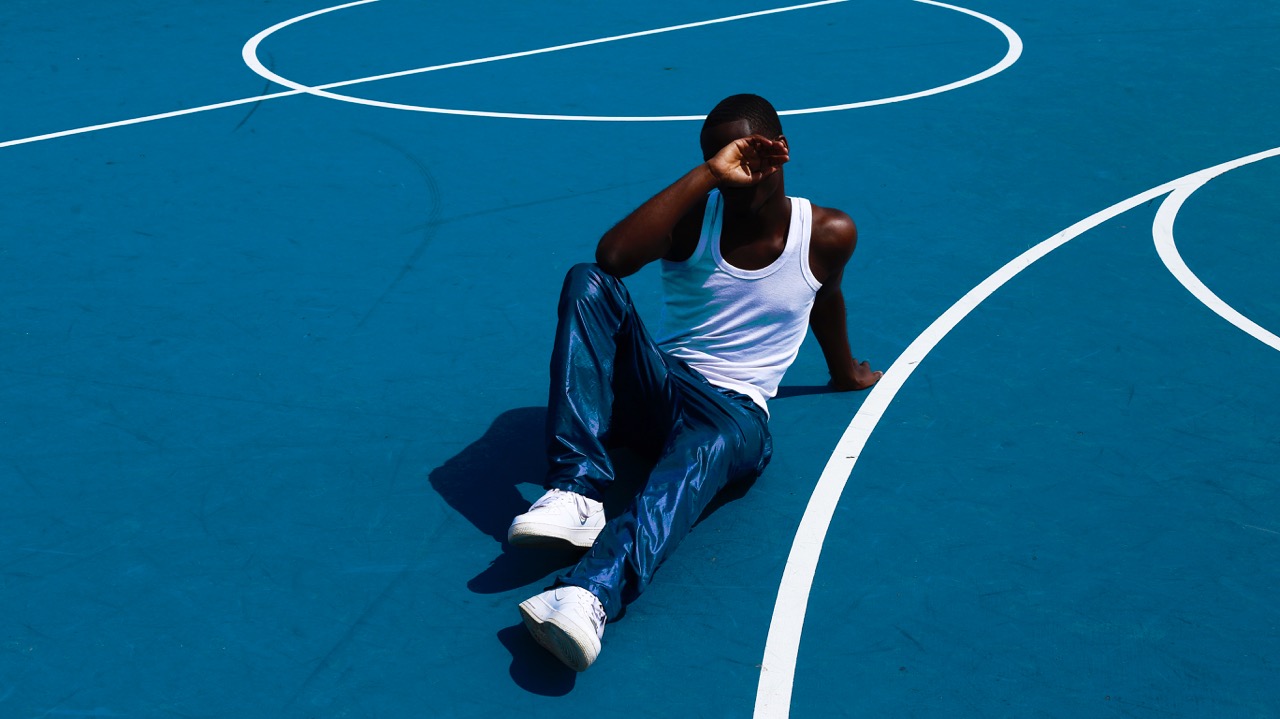