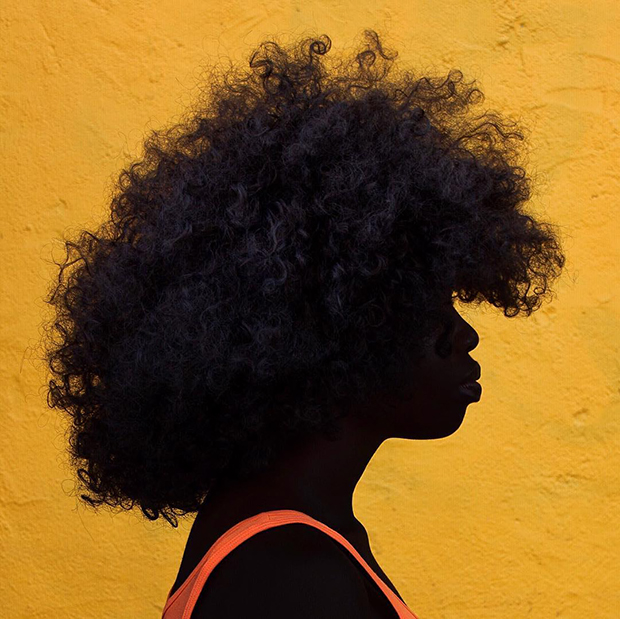 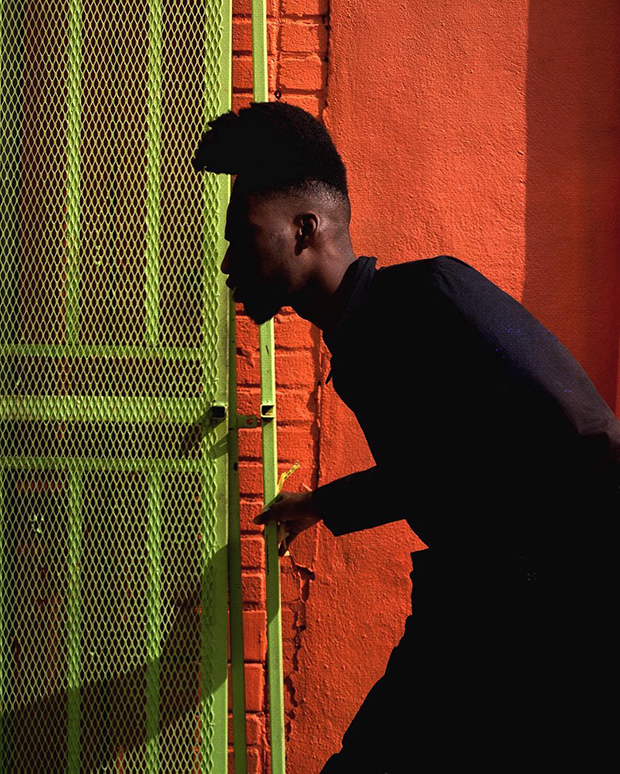 According to Philadelphia photographer Shawn Theodore aka xST, “Color is everything.”

His street portraits, made throughout his travels in historically African American neighborhoods in Philly, Los Angeles, Baltimore, LA, and Oakland, are collaborations between the photographer and anyone he finds beautiful. They are taken always with permission, and the street itself, the surrounding buildings and their facades, become a third player in their conversations.

xST in many ways defies the genres of his medium; he thinks of himself as a documentarian with an artist’s soul and an “abstractionist imagination.” His inspirations range from the literary works of the Harlem Renaissance to contemporary fashion photography, but at the core of his work lies an unwavering empathy for humankind.

These proud, determined faces are not unlike those that shone from the pages of The Crisis during W. E. B. Du Bois’s tenure, but xST is right: they’re all about color, and in that way, they’re thoroughly modern. They could not have been made at any other point in history, and as the fabric of these communities is gradually worn away, it’s possible they can never be replicated in the future.

We asked xST (pronounced “exist”) to tell us about his work, his roots, and the one subject he’ll never forget. 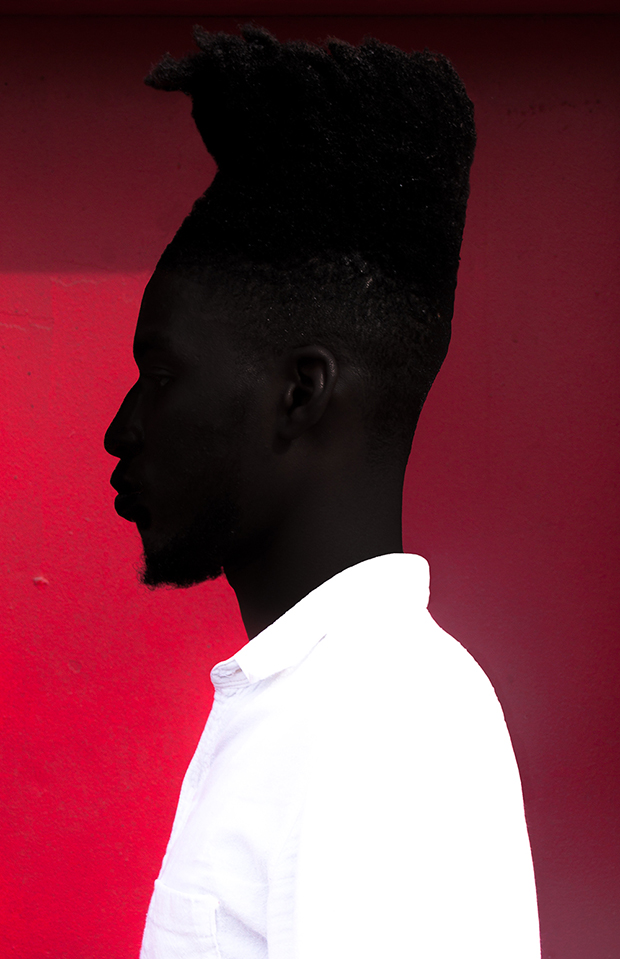 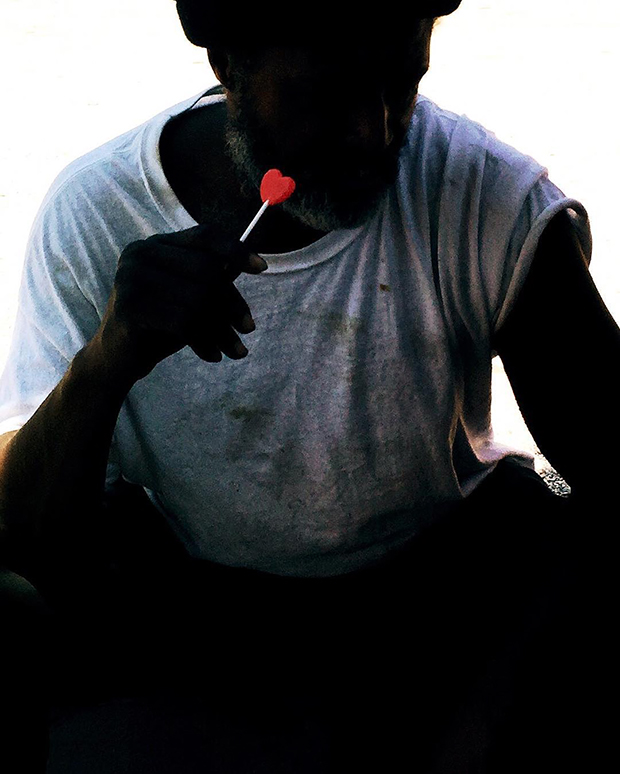 Can you tell me more about your ties to the Harlem Renaissance?
“For a time, almost all of my photographic and artistic approach was derived from my connection to the Harlem Renaissance. It opened up a lot of my understanding of African American identity and agency; however, there are artists, musicians, activists, photographers and academics who I know are looking at creating a new Renaissance – one that is not especially tied to one black metropolitan area, rather a movement that has fewer or no physical boundaries, one that moves with or ahead of the trends of technology. One that can operate independently of the status quo.

“We are in exciting times, and often sobering times. We are looking to move ahead of where we’ve been. We’re looking beyond repeating history. We’re inspired to create a future that our predecessors, Van Der Zee, DeCarava, Draper, Hughes, Parks, Neale-Hurston, Douglas, DuBois and so many, many more would be proud of.” 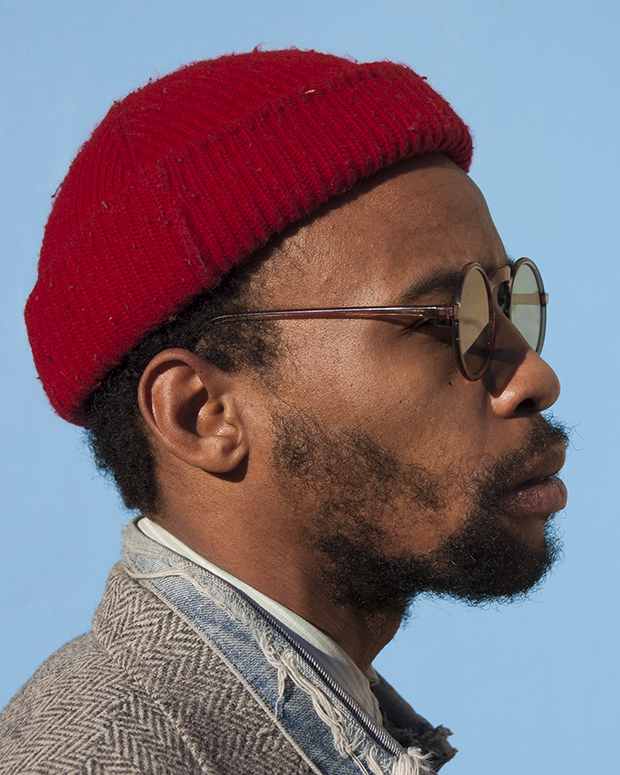 The Blues of Jamele Ranson 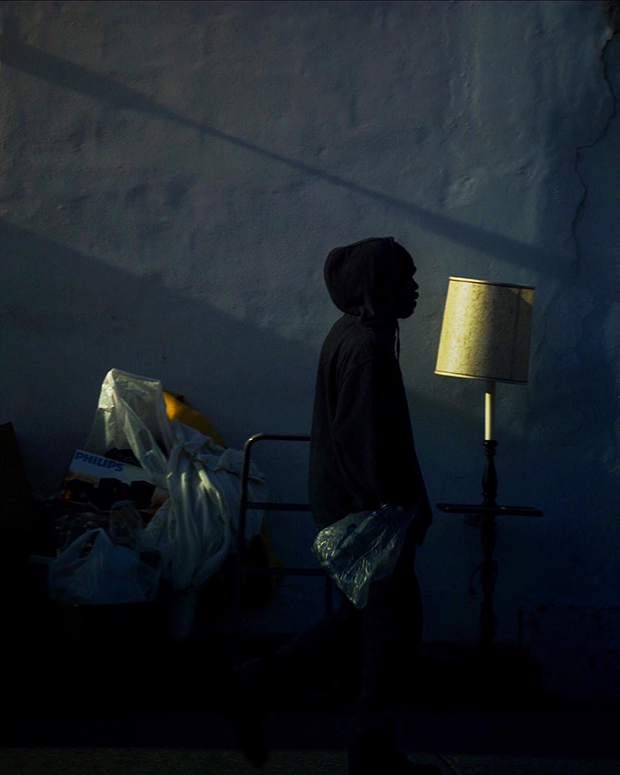 Can you elaborate a bit on the impact of gentrification in these neighborhoods? How are these places changing, and why is it important for you to preserve this time in their history?
“The shrinking, traditional African American neighborhood is my home, anywhere in the country. I feel at home in any city. As the neighborhood is encroached upon, or sectioned up by developers from the inside out, the people shift and move uncomfortably around these changes. These are neighborhoods that have their roots settled deep in America, some going back to the Great Migration, or the onset of the Civil Rights Movement, some even earlier than those events.

“The tension, the unease, the worry- these are the feelings I see in the eyes and faces of my people. I see smiles, but I see the smile that hides the feelings of powerlessness.

“With the onset of gentrification, the neighborhood becomes this disjointed, unfamiliar beast to those with long-lasting roots. Various eras bulge out, some straddle the past, the dirty empty lots with signs foretell of imminent construction in the present and a rapidly arriving future gives way to cold, modular, Lego-style homes with new neighbors who treat the juxtaposed to it all. The walls, signs, historic buildings and familiar architecture, the meaningful locations at legendary cross streets in which I create my works are threatened by this change in urban society.

“In light of these factors, my photography, albeit conceptual at heart (and not so much of the standard idea of documentary photography that one may be familiar with) is an archive of the everyday existence of people in a city in flux. My personal stake is the voice I have, and what it means to myself and family. This singular voice in the narrative about the uncertainty of these critically unique black spaces is at the core of my passion to preserve these stories for future generations.” 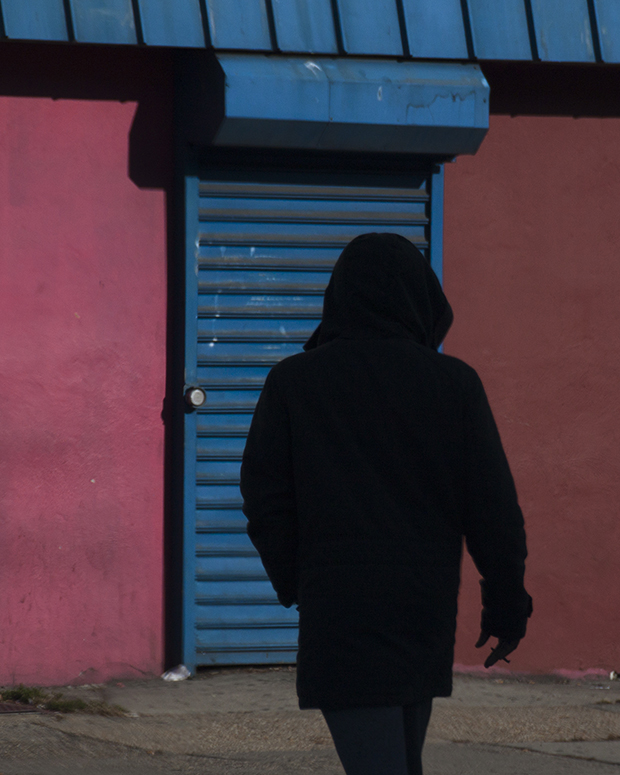 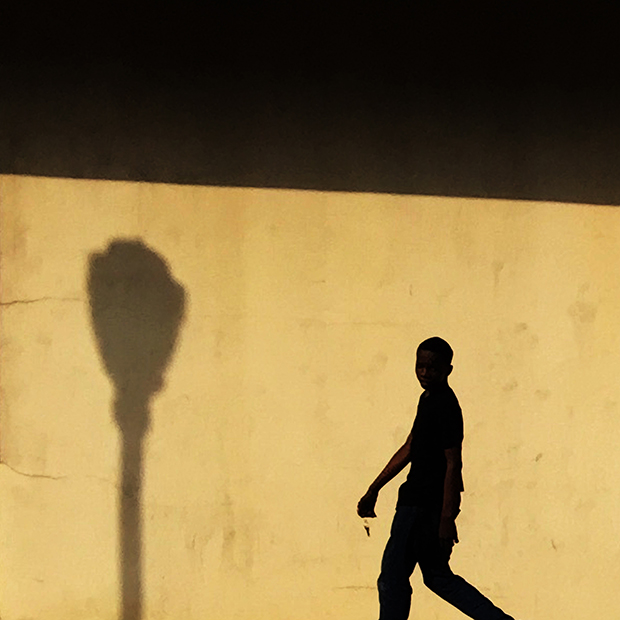 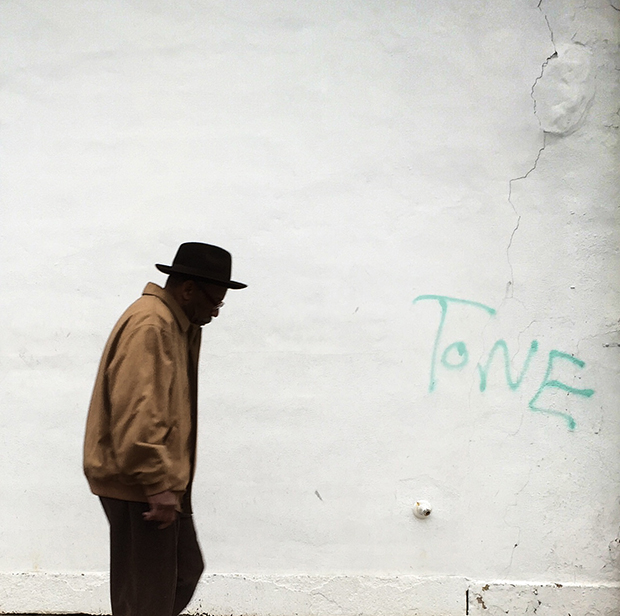 What’s the most moving encounter you’ve had with a stranger you photographed in the street?
“In 2013 I met Mr. Esau Coleman, Jr., a 90-year-old WWII veteran on his way to church. We had a great conversation. Most of the time he was poking fun at me for getting his name wrong and for not knowing ‘enough about jazz,’ as he said.

“Mr. Coleman was a ‘simple Alabama boy’ until he had to join the Marines as a teen to escape southern justice for, as he described, ‘slappin’ a white boy upside his head for calling him a ‘nigger.’

“Mr. Coleman, Sr. rushed Esau off to enlist the next morning, and it was the best thing that happened to him, he said. He learned how to play jazz piano and would often sit in on gigs when he could. He loved jazz and would have stayed into it if he had the chance; however, the war, family, and a real job created the life he had created for himself.

“A year or so later, I received an email from someone who claimed to be a relative of Esau. She said that she was a granddaughter who lost contact with Esau and this was the only clue they’ve had to find him to surface online in years. I didn’t question anything about their relationship, nor asked what she intended to do once she found him. A few weeks later, I received another email confirming that they connected with Esau and that they were extremely thankful for my help in the matter. I can’t tell you how important that moment was for me early on in my street photography career.” 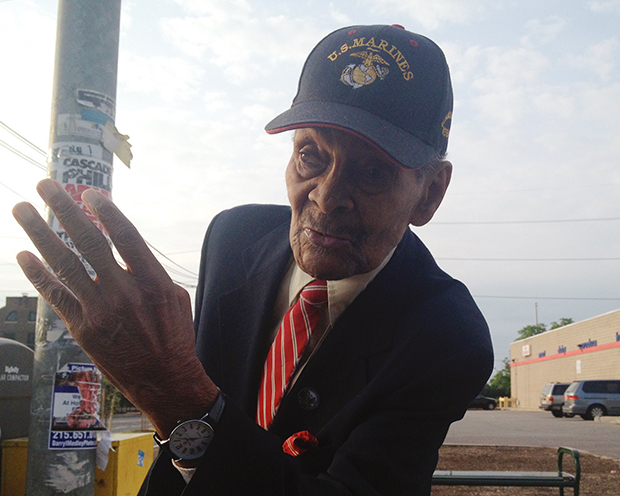 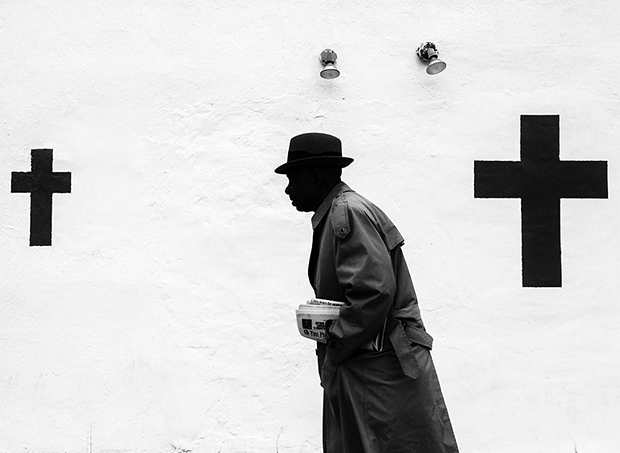 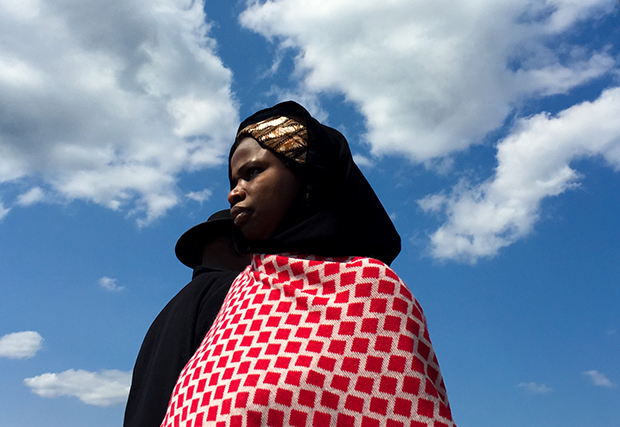 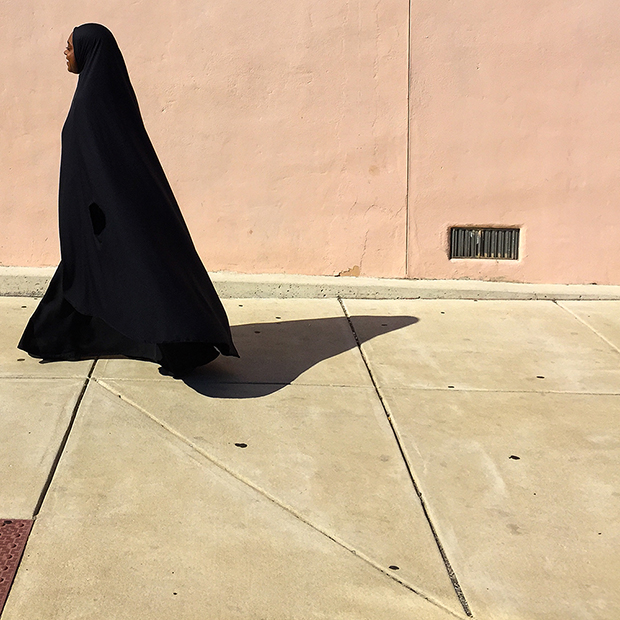 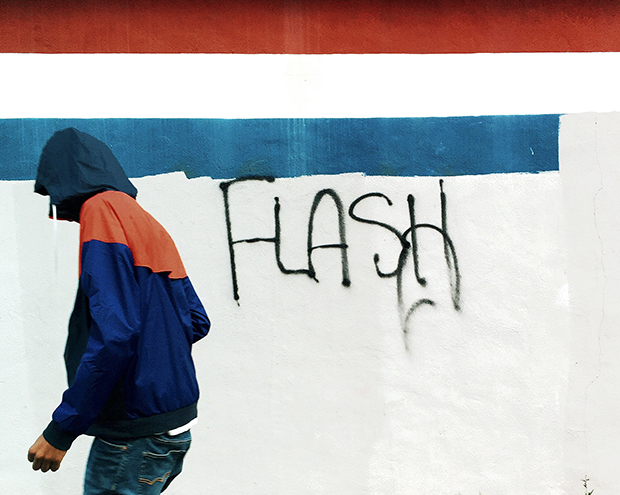 Your Rights Can Be Gone in a Flash 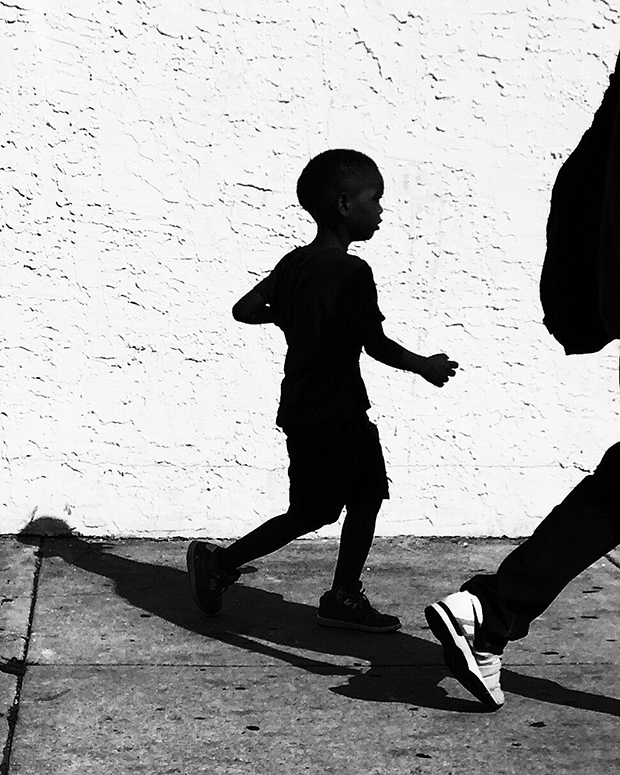 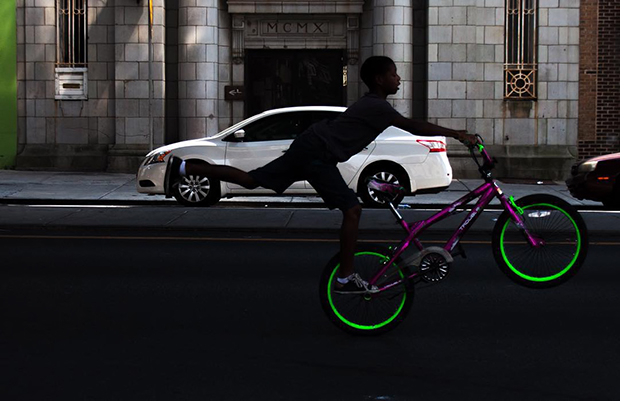