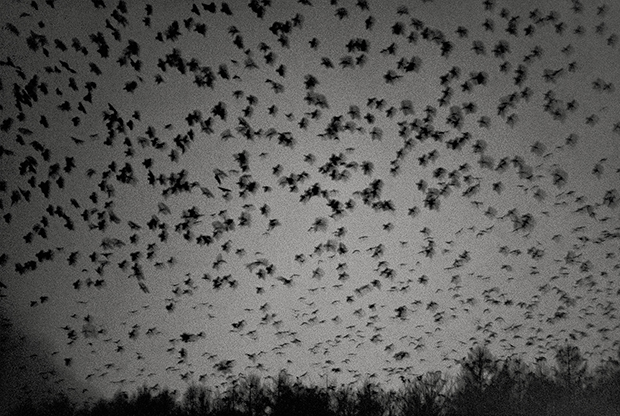 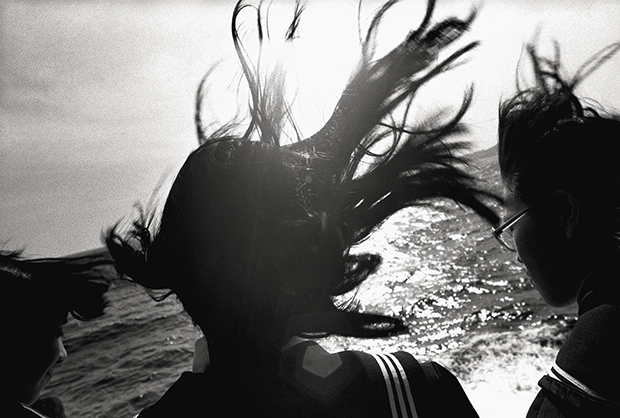 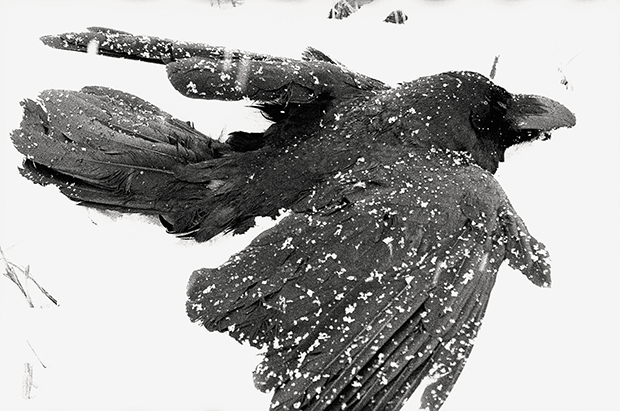 Any artist with a muse understands this person’s importance in their creative process. And if that muse is your wife, for example, the connection becomes all the more complex.

But what do you do if your muse leaves you, divorces you, breaks off the relationship? If you’re Masahisa Fukase, you channel your ensuing grief into your work and produce what would later become known as one of the most important photobooks of a generation.

Some have written that Fukase took so many photographs of his wife, Yoko, that he bordered on obsessive (she described their life together as “suffocating dullness interspersed by violent and near suicidal flashes of excitement”). Heartbroken when she divorced him in 1976, Fukase turned his lens/obsession to ravens — birds who, like crows, represent ominousness and bleak loneliness in Japan just as they do in the US — and published the works in a 1986 photobook called Karasu, also known as The Solitude of Ravens.

Gone from his life, Yoko still appeared in the photographs, although in a different form. In a review of a 2015 exhibition of The Solitude of Ravens, Simon Bowcock wrote that “many a male artist the world over has photographed his wife — from Harry Callahan to Nobuyoshi Araki — but none has done so with such dark intensity without her actually appearing in the photographs [as Fukase].”

This dark intensity is in no short way represented by the raven. Even before Shakespeare, Edgar Allan Poe, and Alfred Hitchcock, these birds have represented darkness, anxiety, and death. In art and literature, a crow’s term of venery is murder — a murder of crows on the tree — a group of ravens is an “unkindness.” The birds have a rough reputation. And whether or not they’re crows or ravens in Fukase’s photographs, the brooding mournfulness is evident; some birds, with their glistening eyes, seem to be looking emptily right back at you.

For seven years he photographed the birds around Japan and finished once he remarried and had “become a raven,” himself. The book, which was deemed the best photobook of the past 25 years by the British Journal of Photography, has been given a republished treatment from Mack, which include a booklet analyzing the book’s place in photographic history. The book is published under the revised title RAVENS. Pre-order it here.

In 1992, Fukase fell down stairs at a favorite bar in Japan and went into a coma that lasted 20 years. He died in 2012. Yoko visited him twice a month, although he likely never knew. His legacy will continue to grow in this autobiographical work. 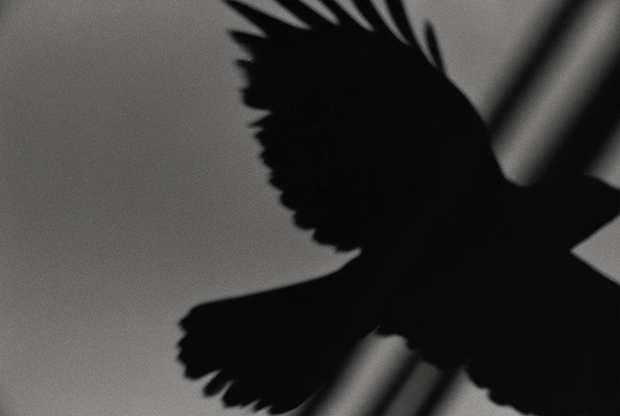 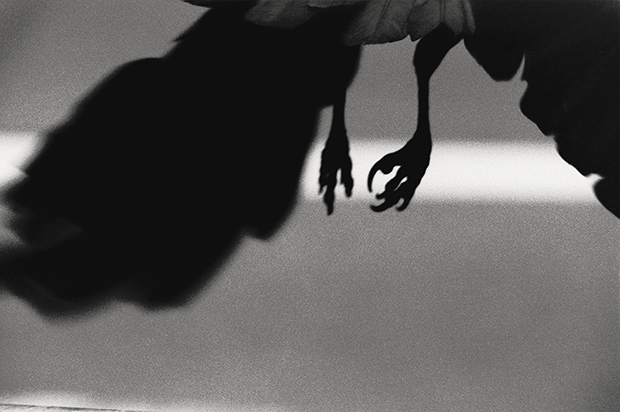 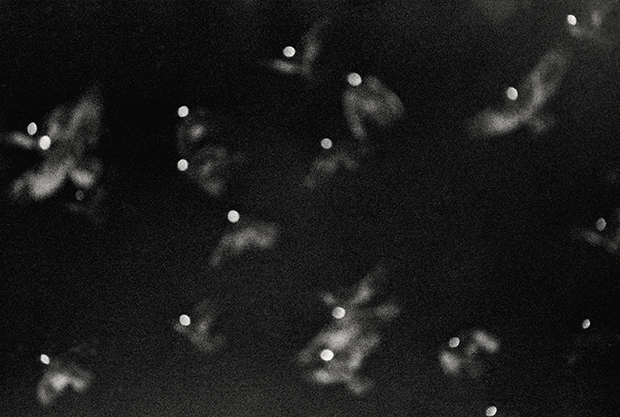 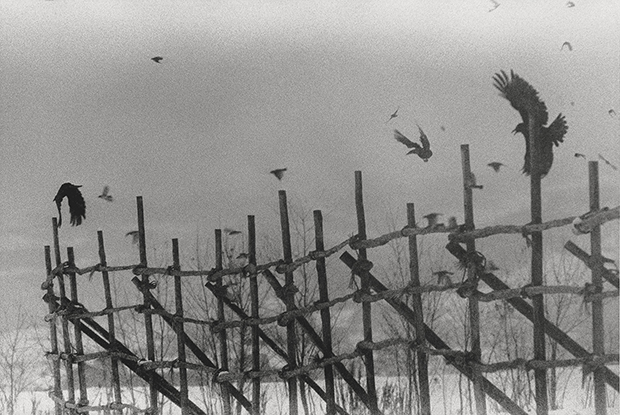 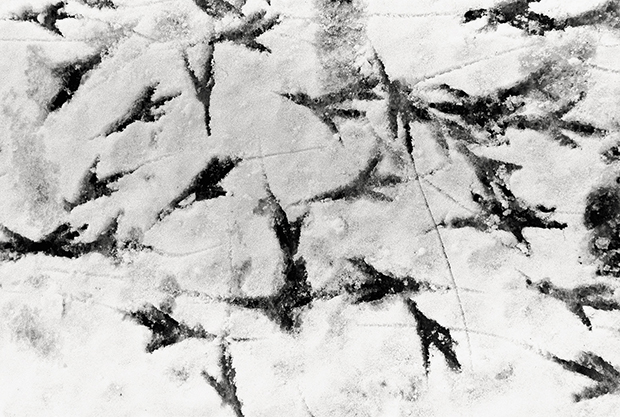 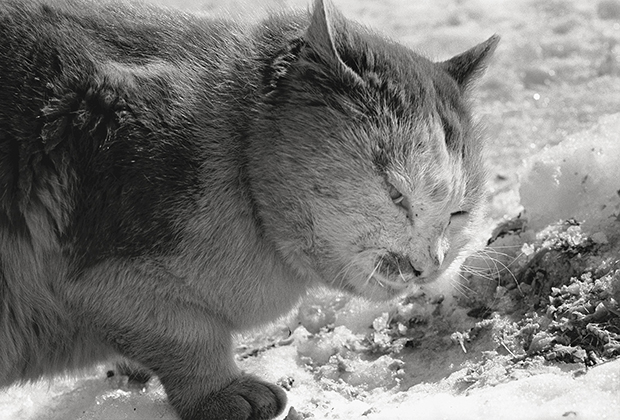 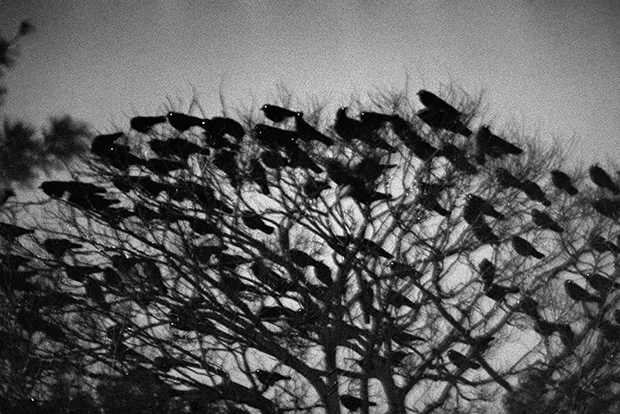