Empowering the Black Female Body in a World That Denies It 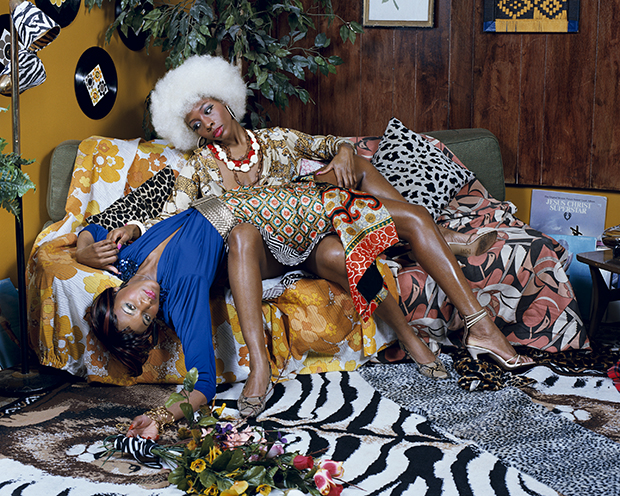 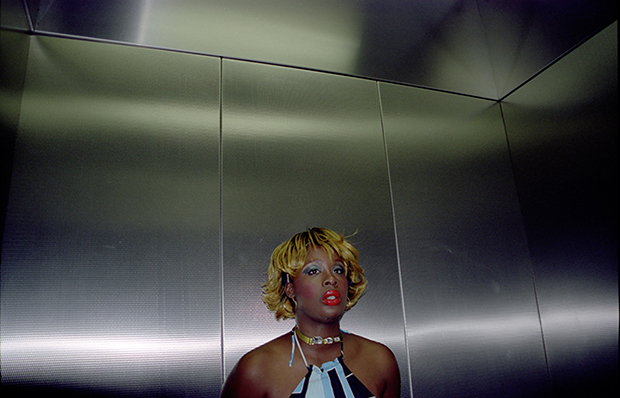 The artist Carrie Mae Weems once asked Mickalene Thomas about the difference between the male gaze and the female gaze. Do women objectify their female subjects in the same way men do? Thomas responded, “Could a man have made these images? No, not my images.”

The exchange, pulled from Muse: Mickalene Thomas Photographs (Aperture, 2015), says a lot about Thomas as a photographer.

Known for her rhinestone and enamel paintings as well as her photographs, Thomas has an almost encyclopedic knowledge of art history, and she uses it to challenge not only “the male gaze” but also what Toni Morrison might have called “the white gaze.”

Thomas’s portrayal of black women began with herself, sometimes dressed as her alter-ego Quanikah, and her mother, Sandra Bush, a former model. From there, she photographed lovers and later friends and acquaintances. She knows them, and they’re comfortable with her.

In her studio, Thomas meticulously crafted sets using inherited and second-hand furniture. Her tableaux are reminiscent of the 1970s for multiple reasons. First, the artist herself grew up in the 1970s, and second, the coincided with the Black Is Beautiful movement, which began in the 1960s.

Last year, Thomas told Julia Felsenthal, Senior Culture Writer at Vogue.com, about the little imperfections she includes in all of her photographs. The women are almost perfectly styled, but almost is the operative word. They have impressions from clothes they wore before the shoot; they’re missing nails. The artist keeps them in there to remind us that the women in her pictures are real people.

The word has been overused to the point where it can seem trite, but Thomas is one of those rare artists whose work can be described truly as “empowering.” She’s absolutely right. A man could not have made these images.

Muse by Mickalene Thomas is on view at the Maryland Institute College of Art (MICA) in Baltimore until March 12th, 2017.

Included in the exhibition is another exhibition, tête-à-tête, curated by the artist to include the work of those who have inspired her, including Weems, Malick Sidibé, Zanele Muholi, LaToya Ruby Frazier, Deana Lawson, and more.

The exhibition is presented in collaboration with the Aperture Foundation. Find the book Muse: Mickalene Thomas Photographs here. 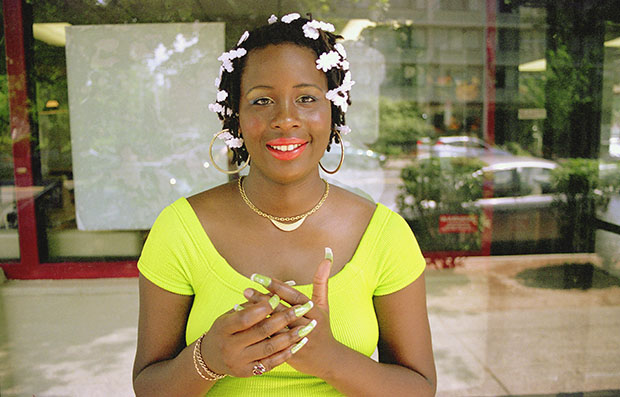 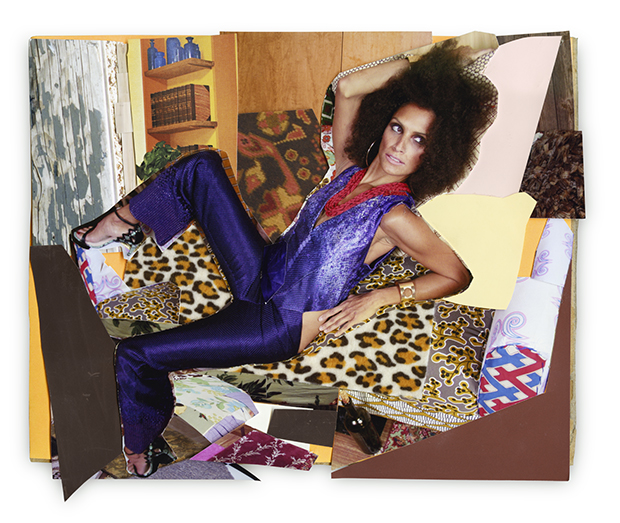