Prison Inmates and the Dogs They Love, in Photos 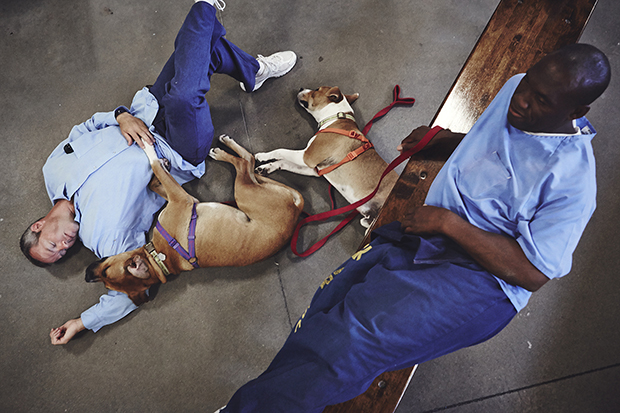 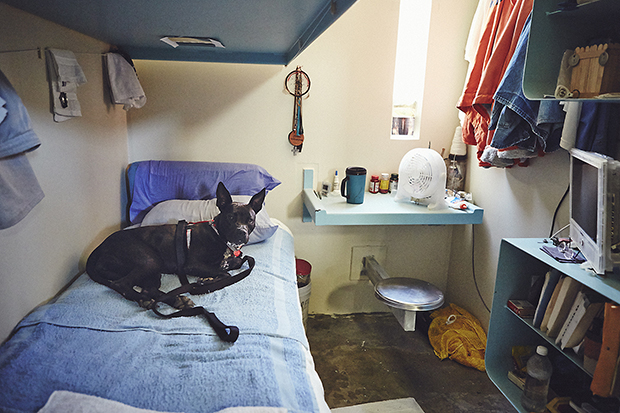 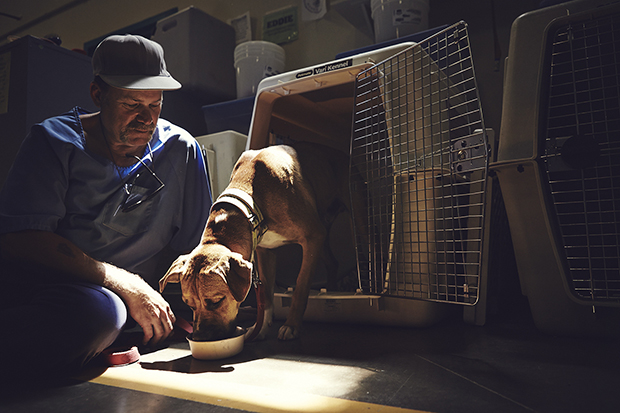 In 2014, Travielle, an inmate at California State Prison Los Angeles County, sat down and wrote an application essay to Paws for Life, a program that would allow a small group of incarcerated men to work with homeless dogs inside the prison. “I understand what it’s like to be caged up,” Travielle wrote, “Paws for Life gives me the chance to give back, to do something for someone else, to give back to a society that I cheated.”

At the time Travielle was writing his essay, photographer John DuBois was on the other side of the Paws for Life initiative, volunteering at Karma Rescue, an organization that pulls dogs from crowded high-kill shelters and saves them from euthanasia.

When the Paws for Life program was introduced, the prison and the rescue invited DuBois and his partner Shaughn Crawford to document the first group of five dogs who were set to enter the prison. They spent six days with the men and their dogs, inside the Maximum Security facility.

The ultimate goal was for the men to prepare the dogs to earn a Canine Good Citizen certificate, a distinction that makes them stand out to adoptive families.

The inmates at California State Prison Los Angeles County are considered Level 4 prisoners, and many are serving life sentences. In order to participate in Paws for Life, some were lowered to Level 3. Many openly cried when they first saw the dogs. One remembered the dog he’d had and loved when he was free. For twelve weeks, Chuey, Oreo, Eddie, Rendell, and Shelby the dogs had a temporary home with the prisoners assigned to them, all of whom have studied training techniques for weeks in preparation.

“The dogs slept in kennels in the common area of the cell block and were fed and taken care of almost entirely by the inmates, with the guidance of the professional trainer,” DuBois tells us.

After training, the dogs were allowed to spend quiet time with the men inside their cells. “They watched TV together, went on walks, played and cuddled,” DuBois adds. At bedtime, the inmates had to take their dogs back to the crates to sleep.

The experience is bittersweet; after the dog receives his or her Canine Good Citizen certificate, and the inmates’ job is done. The dogs are ready to be adopted into permanent homes, outside of the prison walls.

“Most of the tears came at the end of the program,” DuBois explains, “when the dogs were adopted and the inmates had to say goodbye.”

Because of their life sentences, most of the men DuBois and Crawford met back in 2014 will never get a second chance in the outside world, but with their help, the dogs did. All five were adopted into loving homes.

At the first Paws for Life graduation, Travielle, the man mentioned at the top of this story, spoke with Dr. Patricia Fitzgerald for the Huffington Post about his assigned dog, Chuey.

“Chuey did not know why I was in prison,” he said, “Chuey didn’t know that he was even in prison, that I was in prison, and the dogs loved us anyway.” Then, he added, “[Paws for Life] helped me to heal, and to a degree [the dogs] gave me forgiveness because they are connected to society that I can’t reach.”

In a few short months, a new group of Karma Rescue dogs came in, and the process began all over again.

The inmates have seen the images, and they each have prints to hold onto. Over the years, the photographers have lost touch with the men they met in prison. “The emotional weight that comes along with hearing these men’s stories can affect you in a profound way,” DuBois admits.

But he does think about returning and checking up on those he befriended. “I believe that all but one inmate are still incarcerated in Lancaster,” he says.

In many ways, it was the dogs who revealed the humanity of the people. “It continually challenged our perception of the inmates and forced us to refine our sense of who these prisoners were,” DuBois writes of the experience, “I heard multiple inmates mention that the dogs taught them how to love again as well as how to receive love.”

The Paws for Life story was documented in still photographs and on video by John DuBois, Shaughn Crawford, Ted Neckar, and Jacob Moss. You can follow Paws for Life on Facebook and check out the Karma Rescue website for more. You can make a donation here, and you can adopt a dog here. 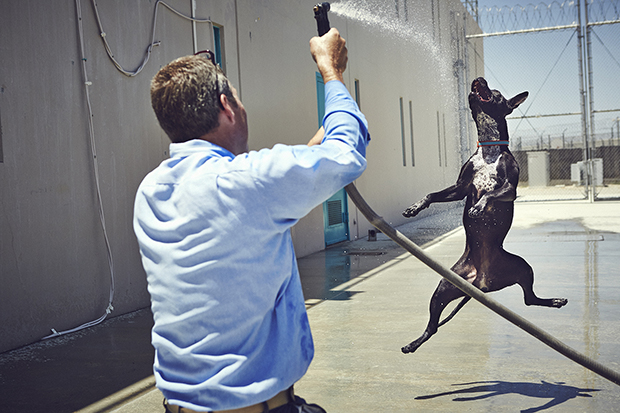 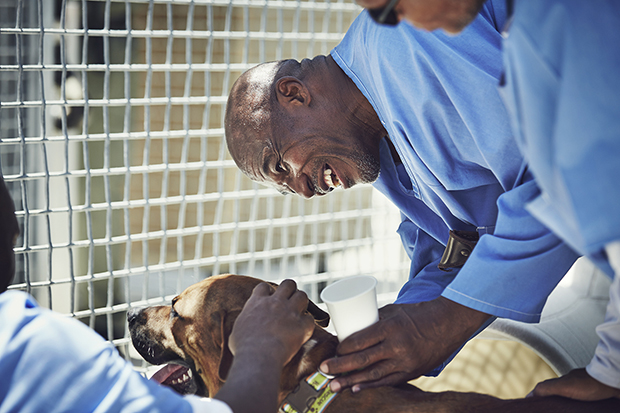 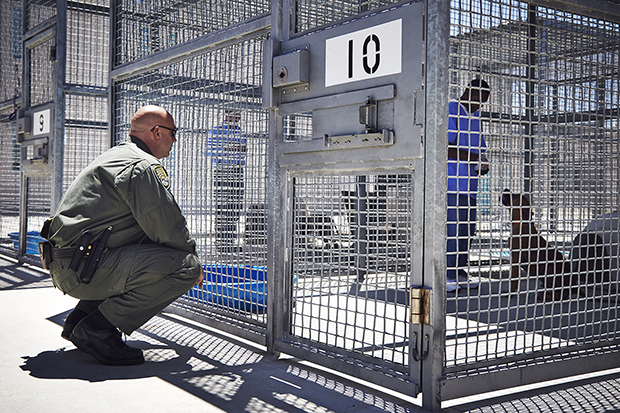 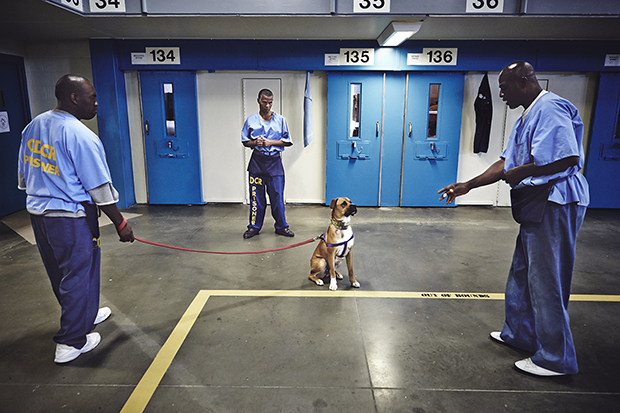 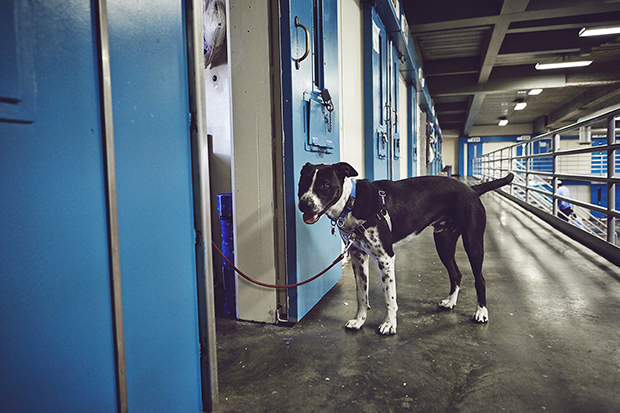 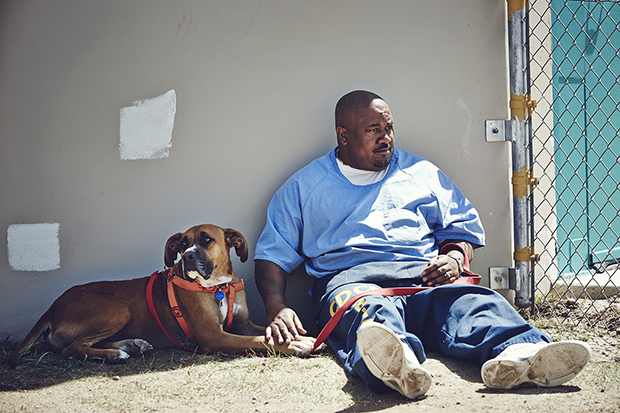 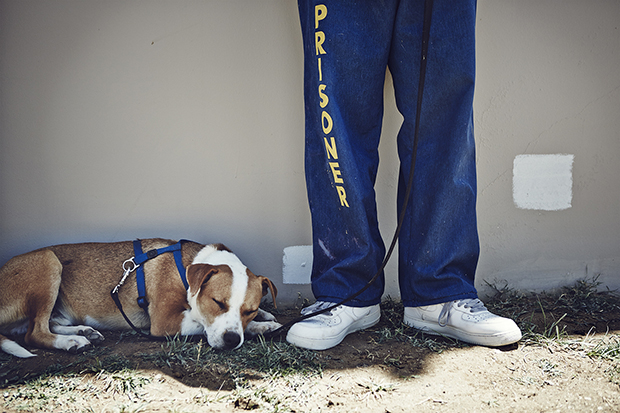 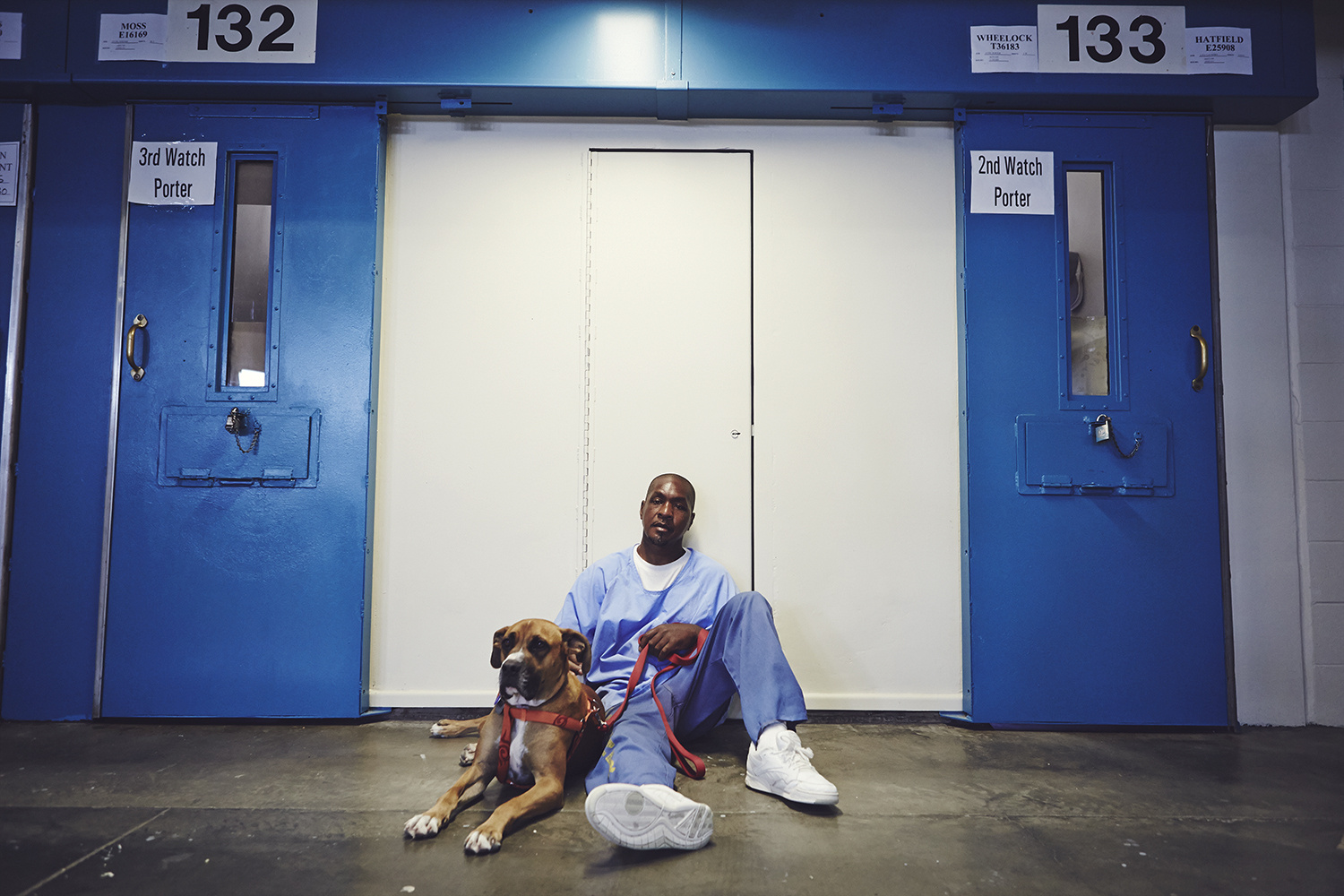 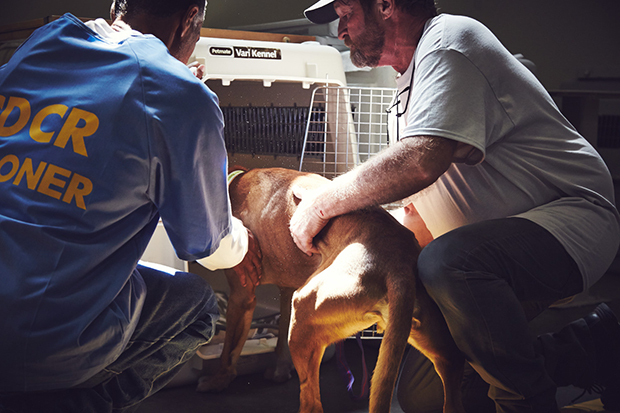 All images © Shaughn and John