A suicide prevention app made by and for Aboriginal people 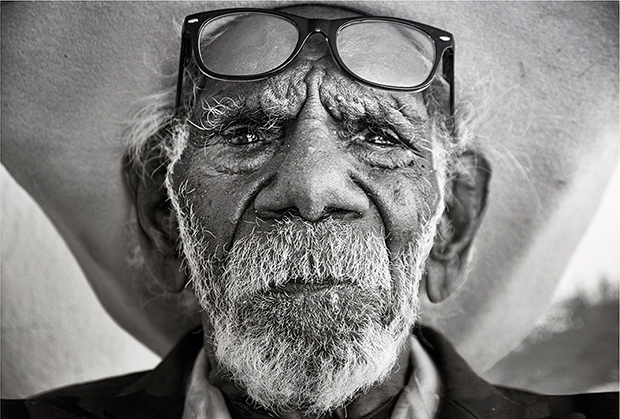 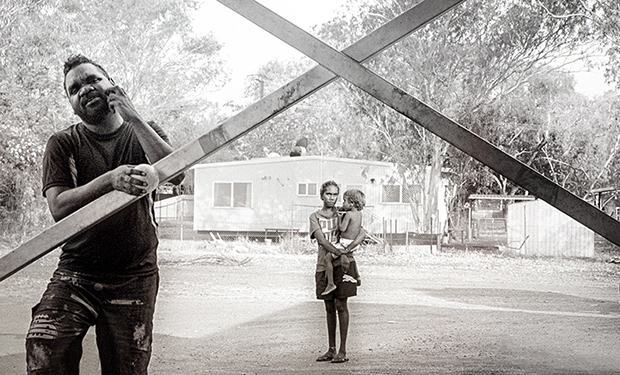 Three Aboriginal people take their lives every week in Australia. According to the Australian Youth Development Index  (YDI), the suicide rate for young indigenous men is the highest in the world—a frightening statistic that indigenous people want to confront.

“One might point to alcohol, poverty and illness as influencing factors” says photographer and cultural historian Judith Crispin, who has worked extensively with the Warlpiri people, “but I share the prevailing view of indigenous elders that the primary reason for suicides in our Aboriginal population is that people have been cut off from their culture. Without culture, the connection to country is difficult to find—and without connection to a country a person becomes lost”.

In 2005 a young man committed suicide in the remote Australian community of Lajamanu. “But there hasn’t been a suicide in Lajamanu since” she continues, “to our knowledge, Lajamanu is the only Aboriginal community to have successfully tackled the suicide issue”. And it wasn’t down to the intervention of western medicine, but the sagacity of local Warlpiri elders.

Following on from the 2005 suicide the elders established the Milpirri festival, an attempt to reintroduce and preserve traditional ideas of ‘Kurdiji’ among young people and to generate a sense of belonging. Kurdiji means ‘to shield or protect’ and is an initiation ceremony—one that has for thousands of years been secretive. Given the success of its application at the Milpirri festival, the Warlpiri people are updating their laws to make it accessible to more people who need it.

“The ideas of Kurdiji are shared by most Australian indigenous people, and perhaps to other indigenous peoples in other countries” emphasises the photographer, “because fundamentally they are about our connection to nature; to trees, animals and other beings, but also to culture, language, law and ceremony, the human things. Kurdiji is empowering”.

Kurdiji 1.0 app has been developed by elders and its objective is to prevent suicide, encouraging a sense of self-worth and empowerment among young people in the digital age by employing 3D visualisation of ceremony and dance, audio, video and text. It will enable those far away from this community to access some of the cultural nourishment provided by the imitation ceremony.

Technologist Drew baker, Judith Crispin, psychologist Dr Fiona Stand and Warlpiri elder Steve Wanta Jampijinpa Patrick are the main researchers, though they will be working closely with the Lajamanu Kurdiji Group, a Warlpiri group that promotes respect for indigenous and non-indigenous law within the community. The project will also be receiving guidance by Black Dog Institute, Australia’s leading organisation for research into depression. Its patron is the well-known indigenous actor Jack Charles.

Judith Crispin first came into contact with the Warlpiri people when she met artist and elder Wanta Jampijinpa, who walked into her Canberra office one day three years earlier and stayed until 2014. His objective was to educate white people about his culture and the natural world. “When he returned to Lajamanu in 2014, he felt that he had failed to convey Warlpiri values to a single white person” writes the photographer, “but he was wrong”. When she was diagnosed with cancer in 2015 and didn’t know whether she would live or die, Lajamanu was the only destination that made any sense to her at the time.

She started photographing the Warlpiri people in 2013. “Initially I believed they needed my help” she continues, “I came to realise two years later that I was the drowning woman and the Warlpiri were the lifeboat”. The Lumen Seed is a homage to the people who taught her about their cosmology—“In Lajamanu I lost my fear of dying, and more importantly, I lost my fear of living”.

Important with regards to this recent project, the aboriginal elders were able to informally tell her about their hidden world while checking their Facebook statuses on iPhones.

“Warlpiri communities have a long history of engaging with technology” writes Crispin, “They’ve recently produced a digital storybook, which communicates their ideas about land management, and have collaborated in the production of a large number of films”. Kurdiji 1.0 seems like a natural continuation of this interest.

And their relationship is reciprocal—the Warlpiri helped the artist find her way in the darkest of times—in return they turned to her to truthfully portray the cultural elements that the Warlpiri were happy to share with other indigenous Australians who might benefit from what they had recalled of their history. Having become a constant presence in the Warlpiri people’s lives as a photographer and friend over a 5-6 year period, Crispin has gained the trust of her subjects. The elders allowed her to participate with the knowledge that she would be truthful and not misrepresent what she sees.

The Kurdiji project is currently in the crowdfunding stages to create the app that will combine photographs, video, 3D motion capture, audio and text curated by the elders. To contribute, check out their GoFundMe page. 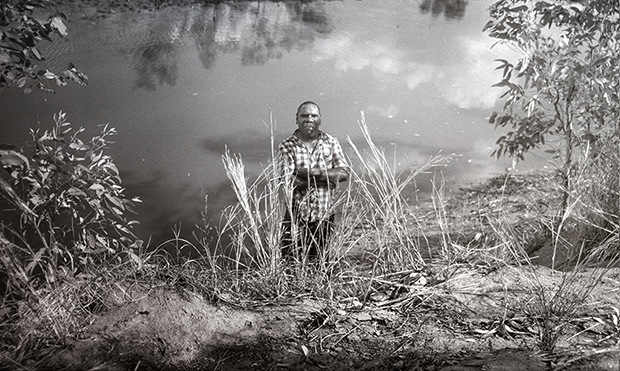 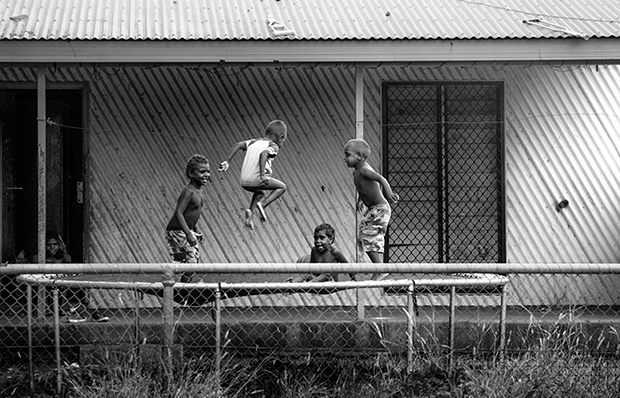 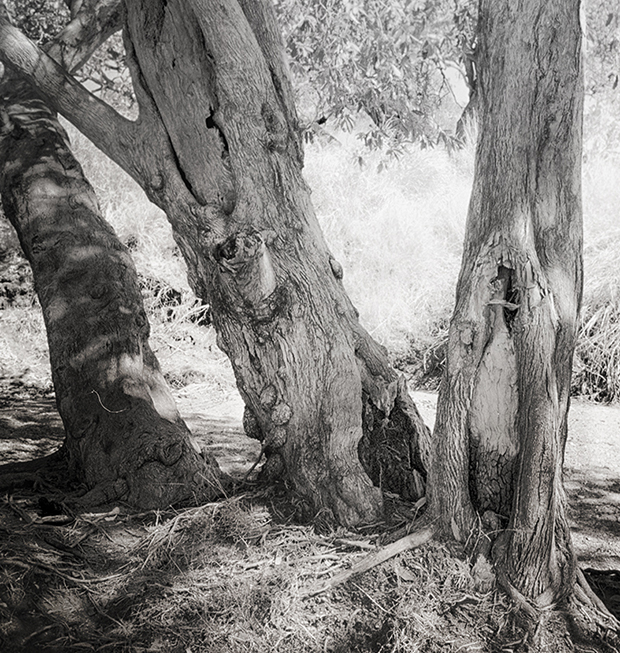 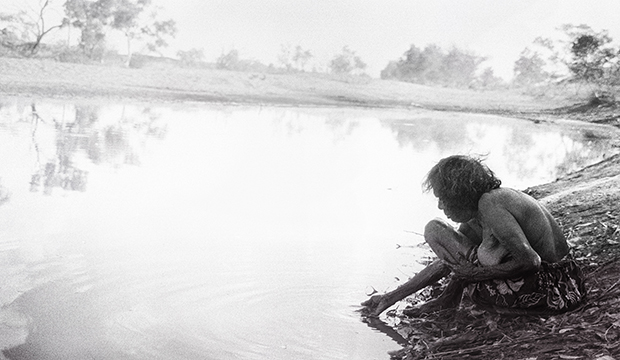 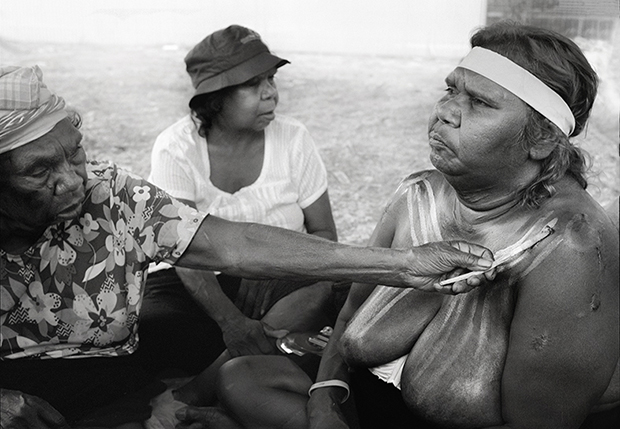 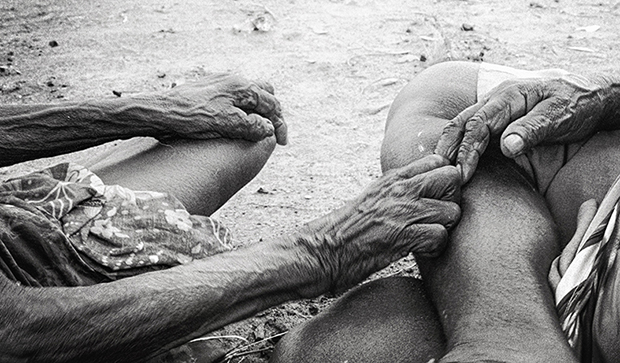 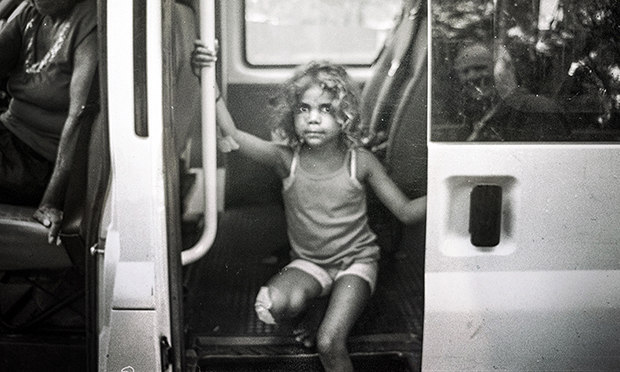