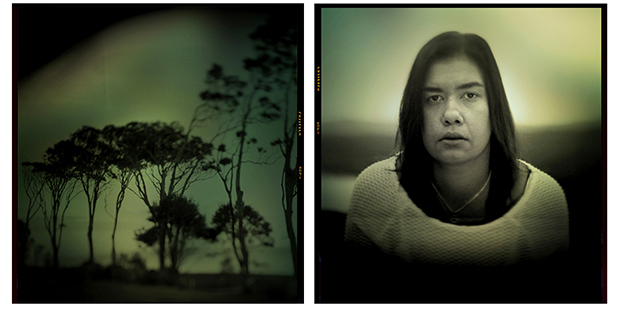 Jasmine Haby-Atkinson, Nowra, NSW, Australia.
“Because of what happened I am afraid that the same things could happen to my own child… history has a way of repeating itself.” 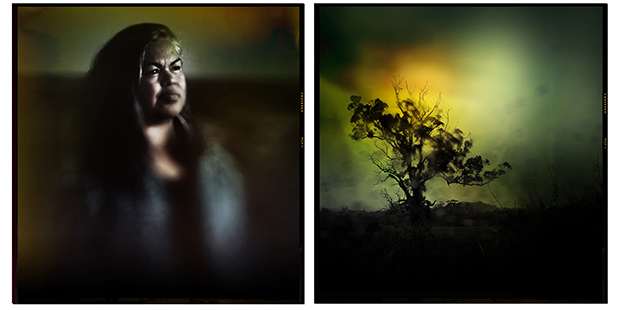 Susan Moylan-Coombs, Northern Beaches, New South Wales. Susan was born in Darwin and taken from her mother at birth. She was removed from the Northern Territory and later adopted out to a family in Sydney. Susan didn’t see her mother again until 21 years later.
“Every day I walk a path of recovery from the policy that removed children from their parents. I was stolen… I still feel the silent pain that is mine and my mothers. We need to move forward together with joint aspirations and a truly national story that acknowledges our shared past and embraces a shared future.”

Under parliamentary policies that persisted throughout much of the 20th century, numerous Australian aboriginal and Torres Strait Islander children were forcibly taken from their family homes and placed in institutions and foster families by church missionaries and government agencies. In many cases, these very young children were denied any contact with their mothers, fathers, and siblings and were effectively cut off from their roots, their language and their heritage. From the age of around fourteen, many would go to work in white households, the goal being to create a racially assimilated “White Australia.” Only in recent years have the immeasurable scars of these crimes begun to be addressed by the Australian public and its government, both of whom are now working towards a point of healing.

In 2008, Sydney-based photographer Aletheia Casey watched as former Australian Prime Minister Kevin Rudd directed an official apology to the aboriginal children belonging to what is now known as the Stolen Generations. He proposed plans of action to increase the life expectancy and educational and financial wellbeing of Australia’s First Peoples and gave the government a five year window in which to improve housing for those living in isolated areas. During this years, Casey worked abroad, and upon her return, she set out to examine the progress of the long-awaited reconciliation for her series After the Apology.

Casey’s visual narration of the Stolen Generations in centered around a group of indigenous women with whom the photographer came into contact after reaching out to family friends and coworkers at the Special Broadcasting Service. Although these women are bound together by the fact that they have been marked by the wrongdoings of the past, they have varied relationships to the history of the Stolen Generations. Not all were themselves taken from their families; some were present as other children were violently ripped from their communities, and others are family members or the children of those removed.

The photographer captured both portraits and landscapes, interweaving the visages with the sites from which children were either taken or raised. She shot only on expired film, allowing the imperfections in the chemistry to color and distort the captured image. Here, faces and places become obscured and irrevocably altered by both the passage of time and the happenings of an irretrievable past, and the literal fabric of the film becomes a mirror for the inexorable implications of the decades of mistreatment and degradation of the indigenous Australian people.

As seen through the time-worn film, the verdant terrain becomes a testament to the power of place and memory. The land becomes a third party, responsible in many ways for shaping one’s sense of self and belonging. Casey sees the women depicted as the rightful “custodians of the land,” but in her frame, the terrain becomes illusory and far away, as if on the verge of vanishing into the horizon. In each women she searches for answers: can these wounds ever truly be healed? 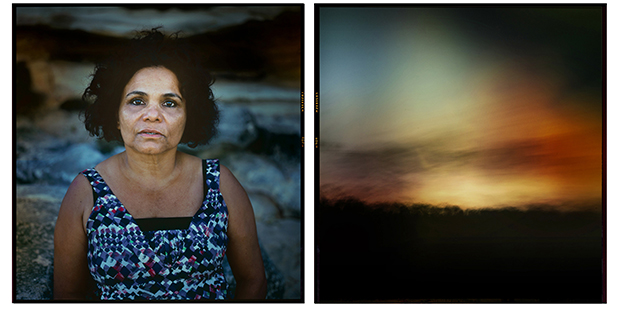 Caroline Glass-Pattison, Freshwater Beach, Sydney, Australia
“My Mother, Grandmother and older sister were Stolen Generations. I miss their presence and their whispers of knowledge gently steering me on the right wave. These gaps in my life still stay with me, cloaked in the grief, moving like the moving tide.” 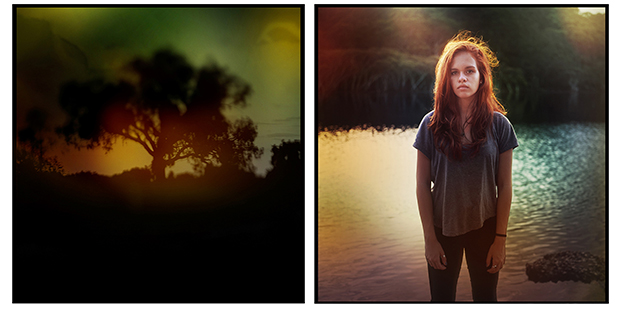 Jenny Moylan-Coombes, 15, daughter of Susan Moylan Coombes.
“My mum is a member of the Stolen Generations. I remember her being in Canberra for the TV coverage of The Apology. I didn’t understand why people at school started to say horrible things about me and mum. It was confusing for me that people were so nasty. I cried when she got home.” 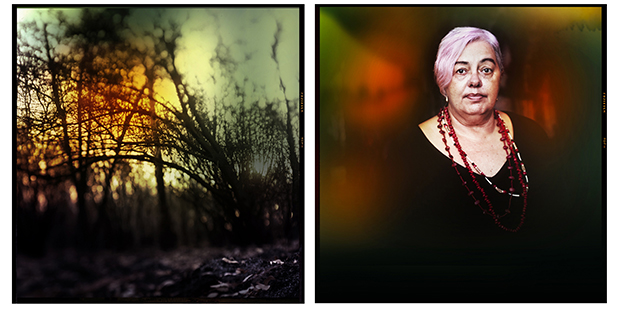 Sue Pinckham, Balmain, Sydney, Australia
“It’s such a great shame that the government didn’t make this Apology 30 years ago… We would have had that time to be in control of our own self-determination.” 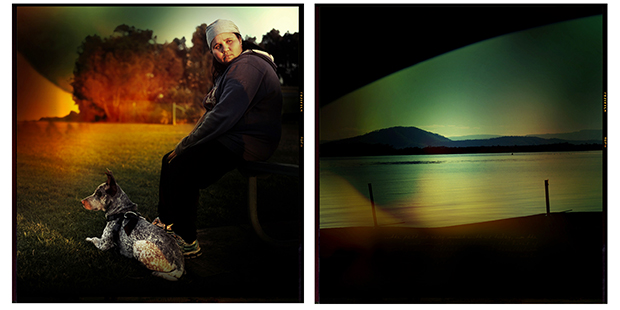 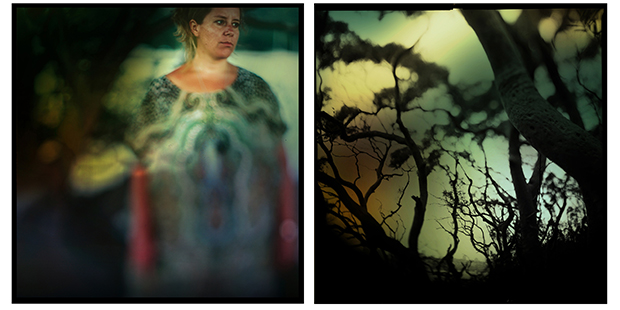 Eliza Pross, Balmoral Beach, Sydney Australia
“I continue to walk two worlds. I dream of a day that we, as First Peoples, only need to walk one. This will only happen when this country fully recognises its traumatic history and the impact on First Peoples AND is willing to take real action. The Apology presented the first of these opportunities. “ 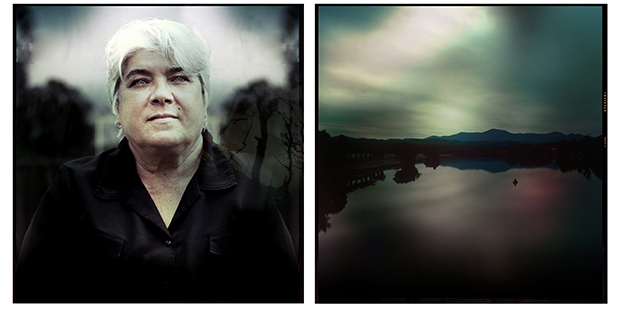 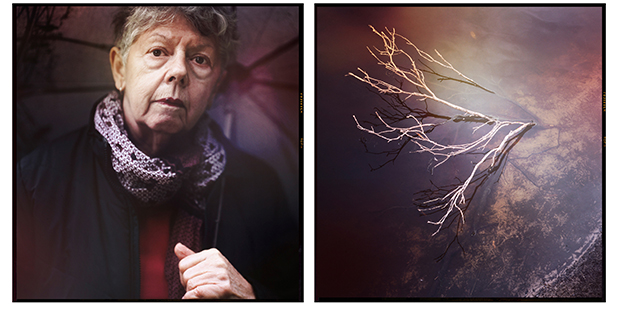 Lorraine McGee-Sippel, author of “Mum, what’s a half caste?” Lorraine is a descendent of the Yorta Yorta People from the Murry River region on the NSW-Victorian border. She was adopted out to a family in rural NSW and only discovered her Indigenous ancestral heritage as an adult.
“All that is suppressed returns. Memory doesn’t forget. No mother – no more – no time for goodbyes.” 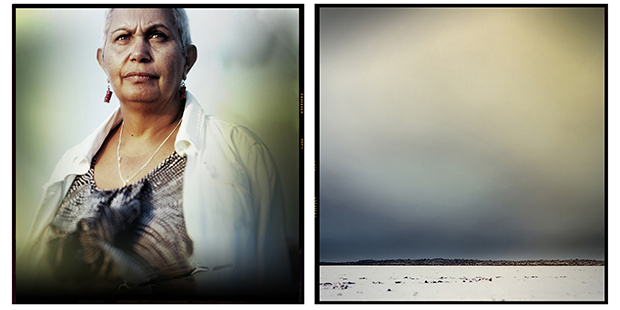 Kim Hill, La Perouse, near the mission where Kim grew up, Sydney Australia
“When I think about what happened, it gives me such a heavy heart… It makes me feel so disenfranchised, so worthless. I don’t feel angry, I just feel disappointed in humanity.” 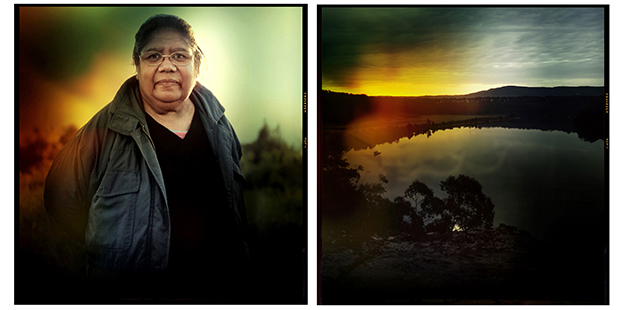 Grace Crossley, Orient Point, NSW, Australia
“I was born in Berry. At that time, Aboriginal women weren’t allowed inside the hospital, so I was born in a shed out the back. Nothing has changed in my life since the Apology but it did change the sense of worth within my community.” 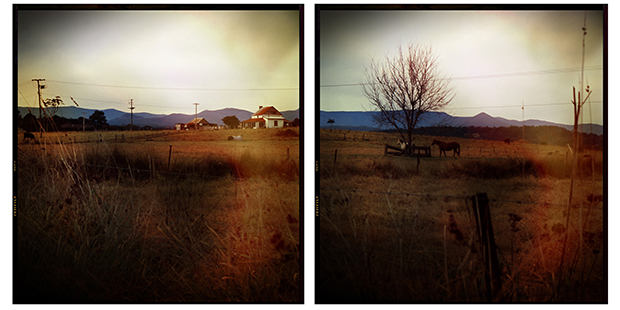 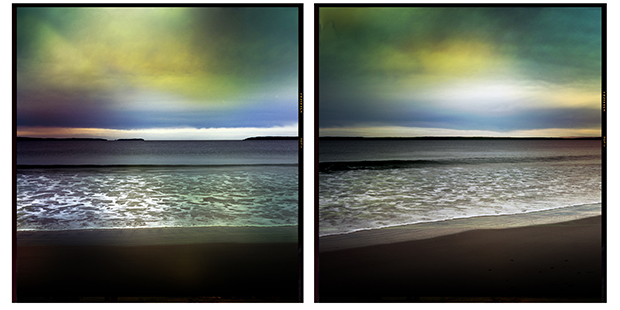 South coast region, New south Wales where many children were removed, some being sent to the Cootamundra Girls School, to be trained as domestic help, around 400km away.