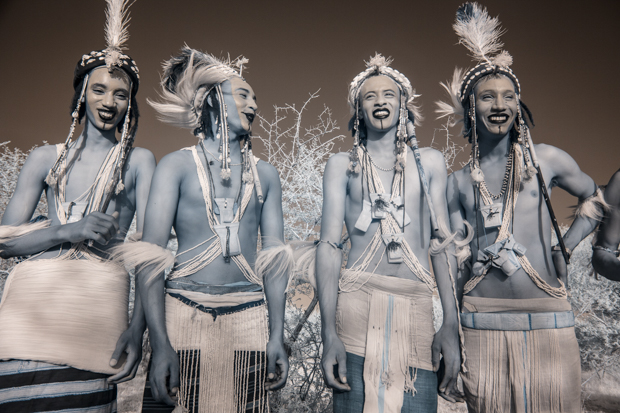 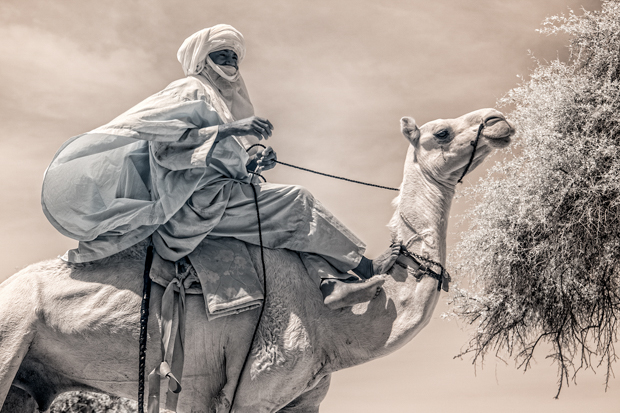 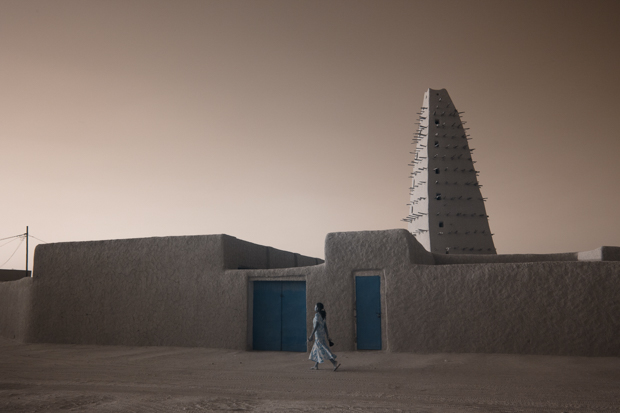 When rainfall quenches the bone-dry terrain of Southern Niger, says New York-based travel photographer Terri Gold, a thousand Wodaabe nomads, along with thousands of their treasured animals, converge across the desert in celebration of the The Guérewol Festival. As part of the weeklong event, the men dress in traditional finery, adorn their faces in paint, and perform for hours in hopes of winning the admiration of a set of young women judges. After braving the 110 degree heat in search of the merrymaking, Gold at last happened upon Guérewol after weeks of anticipation and captured the scene in infrared.

Niger has hosted no tourism for the better part of the last decade, explains the photographer, who embarked on her journey with three additional women. Because of the political surroundings and the threat of al Qaeda members coming in from Libya, she was flanked by eighteen armed guards who bore automatic rifles in hands; the trucks in which she traveled were outfitted with fifty millimeter machine guns. Drawn initially to Niger by the work of fellow photographer Carol Beckwith, Gold was guided by The Nomad Foundation’s Leslie Clark, who took them from the city of Agadez, where the mud brick mosque of 1515 still stands, and into the desert.

Because the Wodaabe tribes are spread out across the land, Gold and her companions had no way of knowing precisely when they would convene for the annual festival. The Wodaabe are governed by the whims of the Sahel; they follow the water sources that change continuously with the seasons. Life for the nomad is treacherous, and each is exposed to the brutal elements. Their philosophies are founded on both the bitterness of their struggle and the abounding rewards of their perseverance. The photographer repeats a Wodaabe adage, “Who cannot bear the smoke will never get to the fire”.

Only in the season of rain are they able to converge as a community, to find lovers, and to carry out age-old customs. Guérewol s a joyous sight, filled with laughter, singing, and dance. Once the men have dressed up and performed for the women, winners are chosen based on strength, stamina, and beauty. They bear a cloth that covers the lower half of the body, embellished belts, and headdresses ornamented with feathers, all of which create the effect of great height. As the sun beats down upon them, they endure until at last the women advance and make their picks.

Though al Qaeda groups were to enter the area only days after Gold had departed, she admits that violence and unrest seemed far away during her time amongst the nomads; all fears were secured and hushed when she lay “camping under a tapestry of one hundred thousand stars accompanied by the lullabies of the animal herds.” 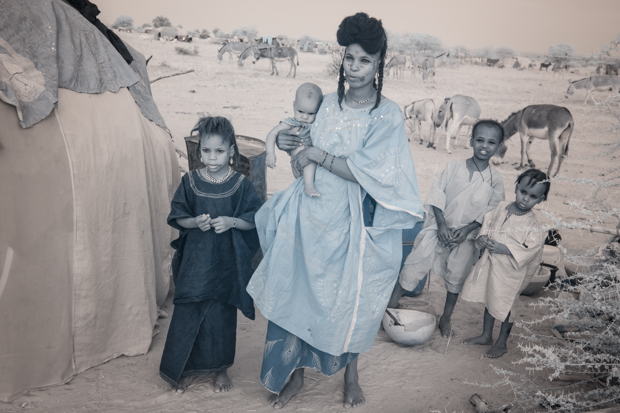 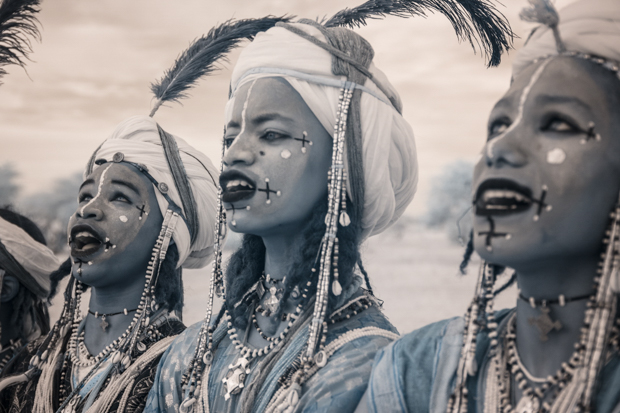 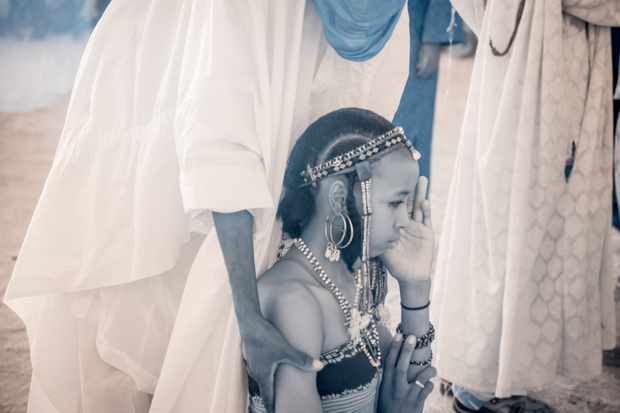 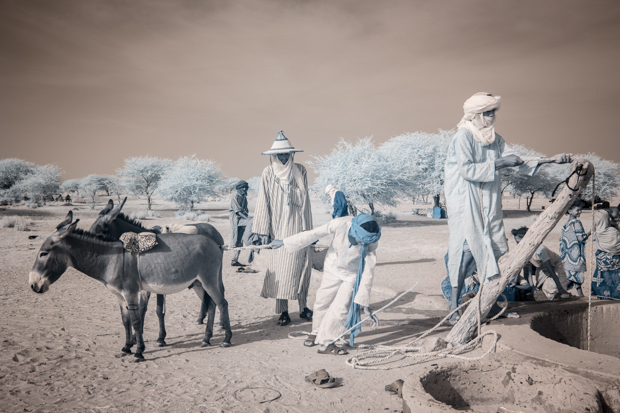 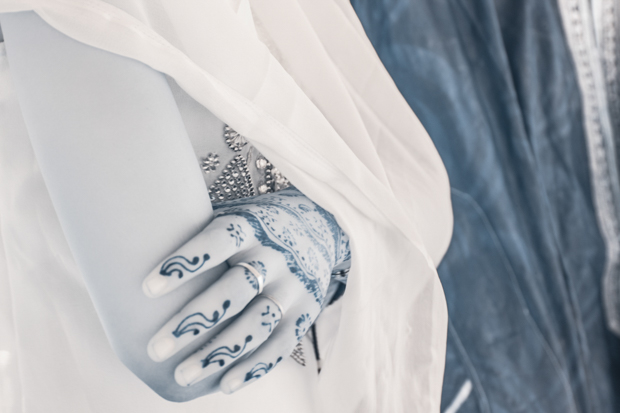 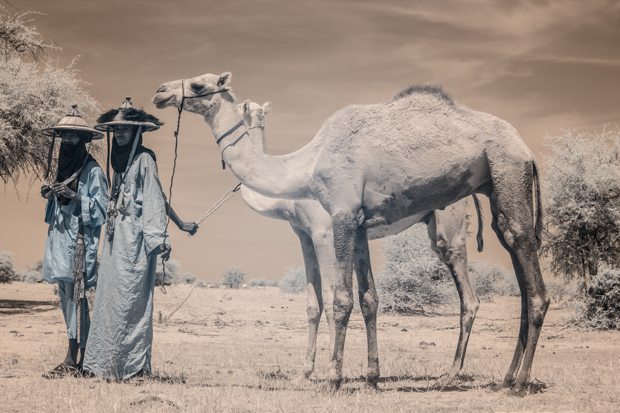 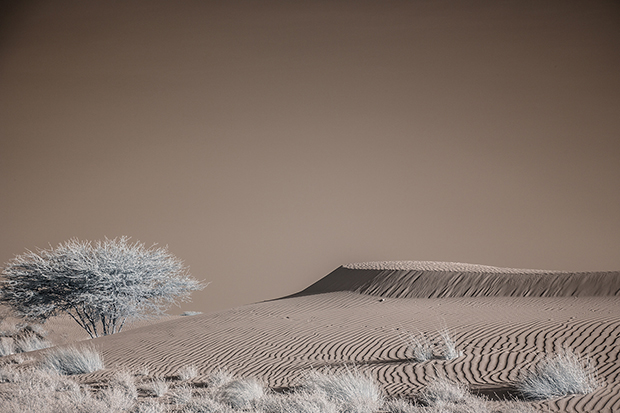 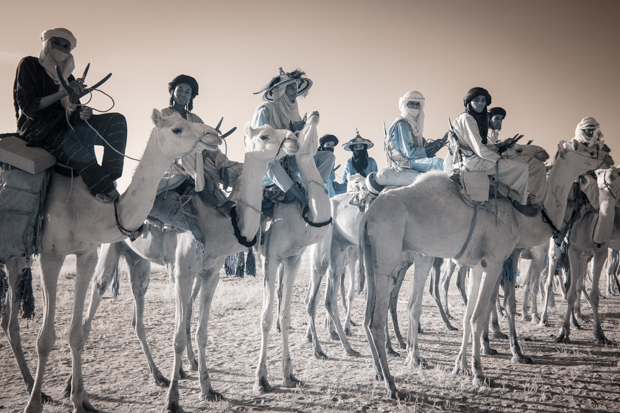 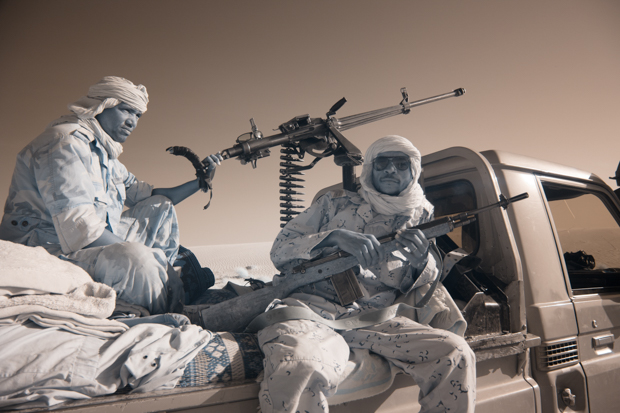 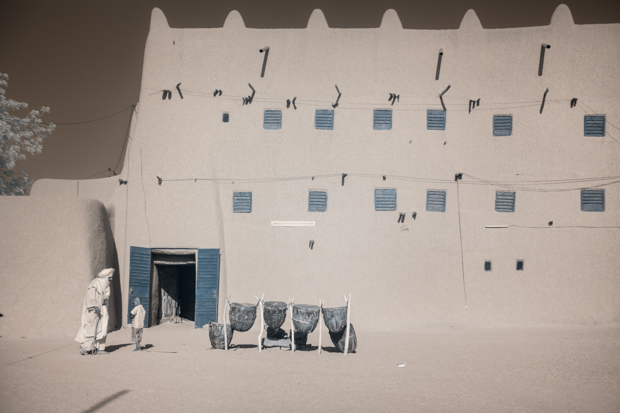