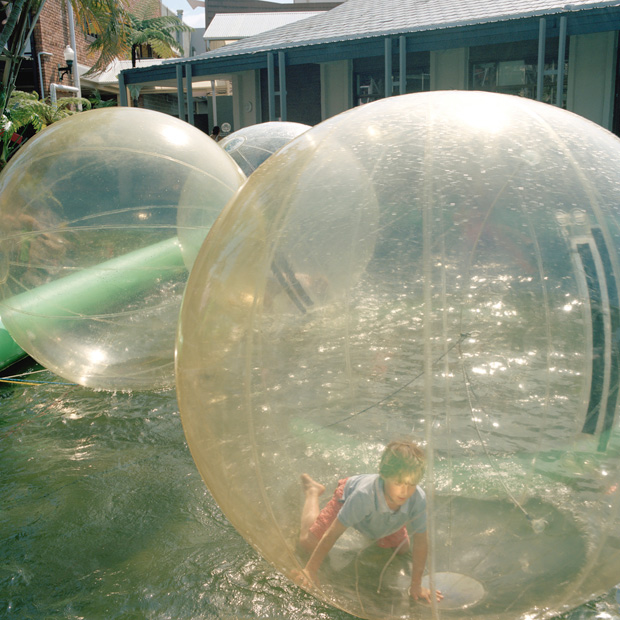 Drenched in sunshine and suburbia, Ying Ang‘s Gold Coast is brimming with images we come to expect from Australia. Despite its sweeping aesthetic, the series is drowning in darkness, an ominous truth lying in wait in the city’s quiet streets. Once labelled a tourist capital, the Gold Coast region has become infamously named the crime capital of Australia. Ang herself was a significant witness to a double murder attempted suicide, exposed at a young age to the seedy underbelly of the place she calls home.

The work is examination of how people perceive safety and danger depending on their environment. Dubbed “a sunny place for shady people” by the media, Gold Coast appears to be a tranquil landscape full of neighborhoods and backyard BBQs. Ang’s slightly shifted perspective allows the cracks to bleed through, exposing a surreal and unsettling world just beyond our view.

Gold Coast was recently published as a photo book. Pre-sale purchases can be made on Ang’s site.