The Photographer Who Devoted 15 Years to LGBTQ Role Models 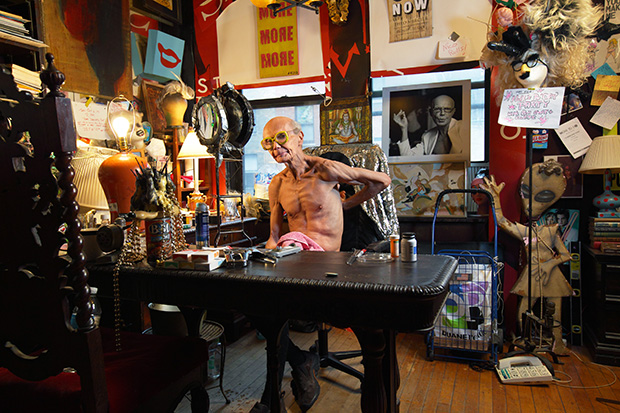 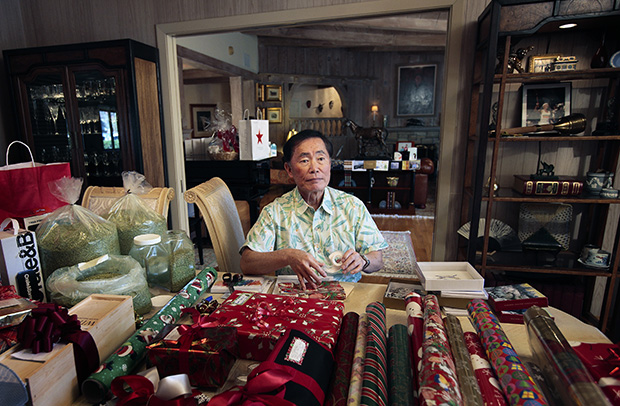 Tom Atwood defines the heroes of Kings and Queens of Their Castles as people who “sing” to him, and he spent fifteen years tracking them across the United States. The book is the result of literally thousands upon thousands of hours of work spent researching, contacting, visiting, and photographing hundreds of LGBTQ people at home. Many of them are celebrities- performers, activists, writers, artists- and many of them are not- farmers, sheriffs, doctors, scientists, bartenders. All of them live in castles of their own making.

The photographer embarked on the long-term project after perusing a bookstore in search of photography books on gay life. To his dismay, he found many of them sexualized gay people in a way that wasn’t true to real life. In conversation with Edge Media Network, Atwood remembers, “they were all full of young gay men romping around naked.” Instead of giving up, he decided to make a different kind of book.

For Atwood, the subject and his, her, or, their surroundings are equally important, and alone, they tell only half the story. He spent anywhere from thirty minutes to three hours with each protagonist, and most often, he would meet them for the first time that same day. He calls his portraits “modern day tableaux vivants,” and indeed, they each depict a happening or event that somehow becomes elevated from the rhythms of daily life. Some are small; others are large. Atwood’s pictures are theatrical and spontaneous at the same time.

Kings and Queens of Their Castles has been lauded as “the most ambitious photo series ever conducted of the LGBTQ experience in the USA.” And while the enormous response of the art world is worth noting, the book might be even more meaningful to ordinary people. Each of the people pictured in this book is extraordinary for one reason or another, but together, they are part of something larger and more global. As Atwood put it, they do “sing,” and their voices reach far and wide. One young man in Oklahoma wrote the photographer to tell him his pictures had a hand in encouraging him to come out. This is a book for celebrities, but more than that, it’s a book for everyone- for you and for me.

We asked Atwood to tell us about his process, his subjects, and his hopes for the book. Order your copy (and view additional portraits) here. 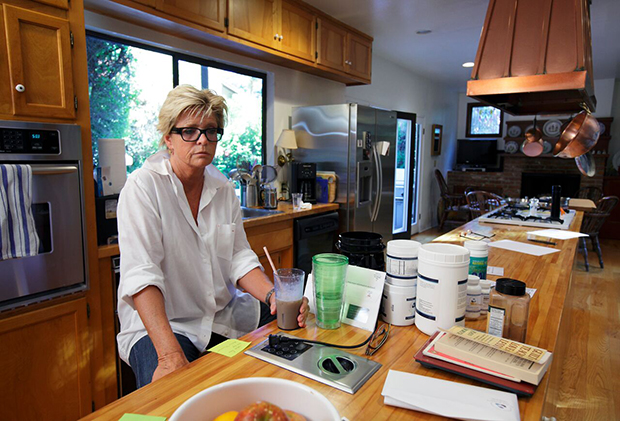 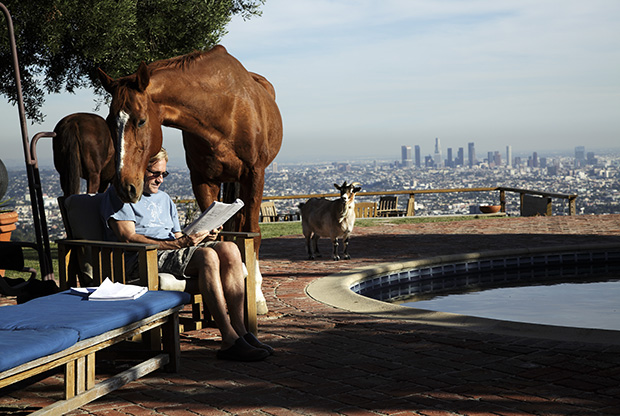 What is your fondest memory from one of these photo sessions? Something you’ll never forget?
“Randal Kleiser, the director of several movies, including Grease, Grandview U.S.A., Big Top Pee-wee and The Blue Lagoon, lives in the hills of LA near Runyon Canyon. I expected to find a house with a pool and stunning LA view but was surprised to also discover a mini-farm, complete with a red barn, stables, horses and goats. Randal treated them as pets. In the photo, it looks as if a horse is reading a script with him. In the book, I juxtapose this image with that of a goat in Vermont being milked for utilitarian purposes.” 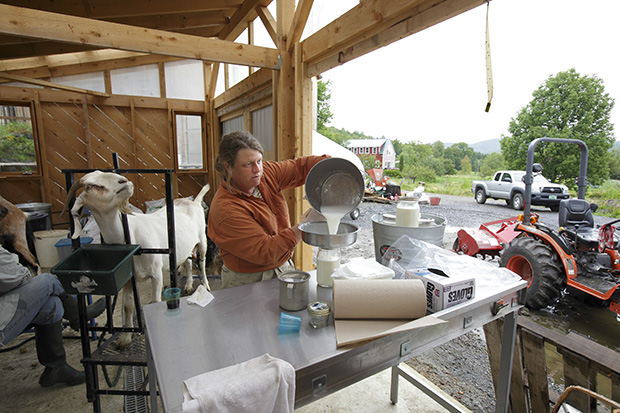 Were you expecting the houses to be so creatively decorated?
“Some of the playful spaces were not at all a surprise for me. Before starting the project, living in New York, I would encounter lots of these wacky spaces among my friends, and it was one of the things that really drew me to this subject. And many gay men and women have a flair for design and have crafted some of the most intriguing living spaces in this country.” 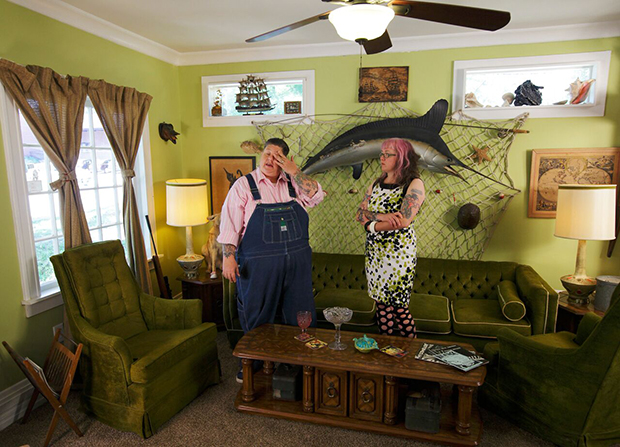 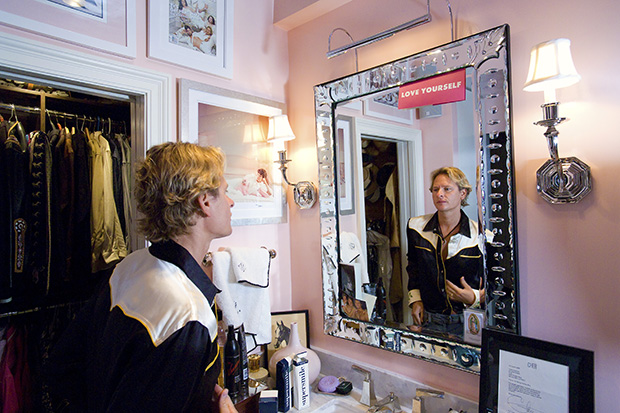 Did your approach change at all over time? When you look at the first photo you took for this project and the last one, taken 15 years later, do you feel like they were taken by the same person?
“Stylistically, I feel like there is surprisingly a lot of consistency over the years. However, one of the biggest ways my work has evolved has been geographically. When I began, I was shooing mostly subjects in New York, with their often dark, cramped spaces. I lived in LA for several years, and during that time, I noticed there was much more space and light in my photos. And I started including subjects in their yards. As I started shooting subjects across the country, including rural subjects, more land and sky appeared.” 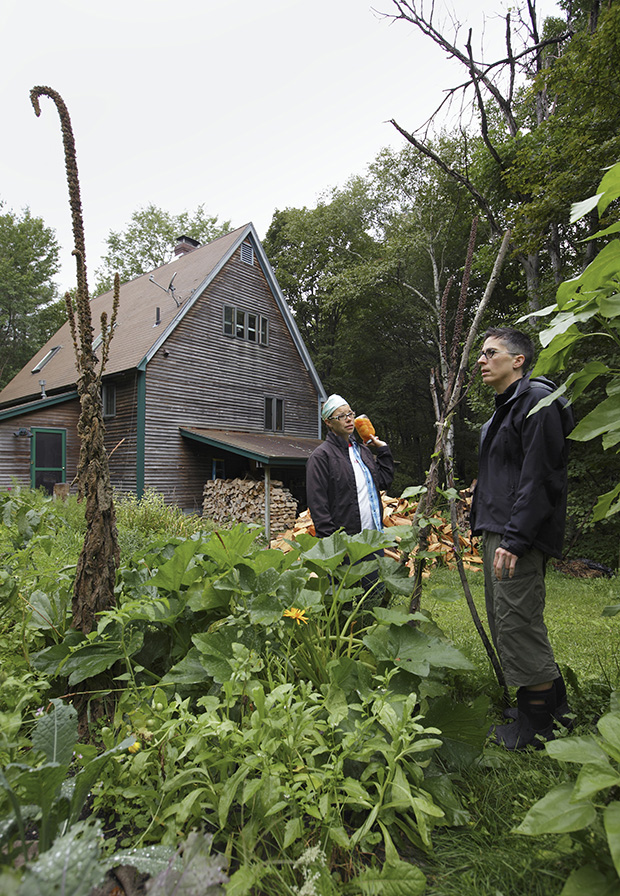 Why is it important that this book be seen right now, at this point in American history?
“The current political climate makes the book, which portrays LGBTQ folks from all walks of life, all the more necessary in my opinion. And it makes me extra eager to share it more broadly. I hope in particular that those in this country who emphasize differences among us might be able to relate to the subjects in the book, especially the dozens of rural and blue-collar subjects. And that the book reminds them that there are LGBTQ folks living in their communities who are just like them in many ways.” 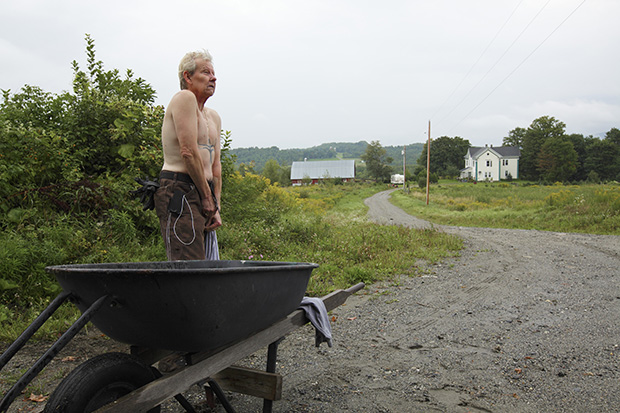 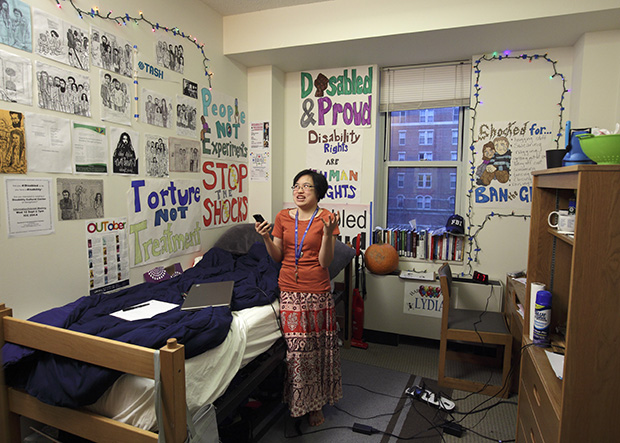 Is the publication of the book at all emotional or bittersweet for you? Is this the end of this long-term project?
“Yes, definitely. I’m excited to have it completed, yet as I move on to other photographic topics, on another level I feel a sense of loss. The work has been such a big part of my life for the past fifteen years.” 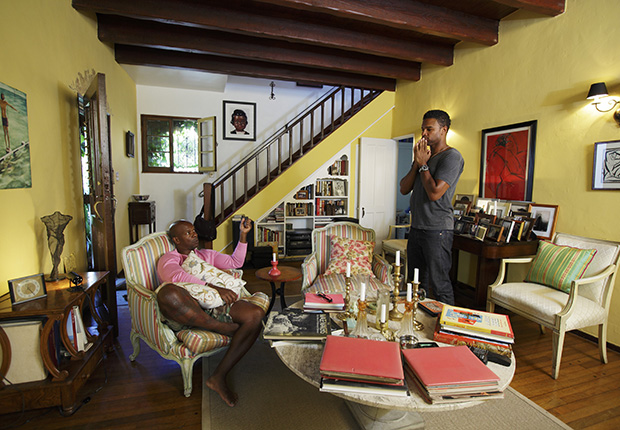 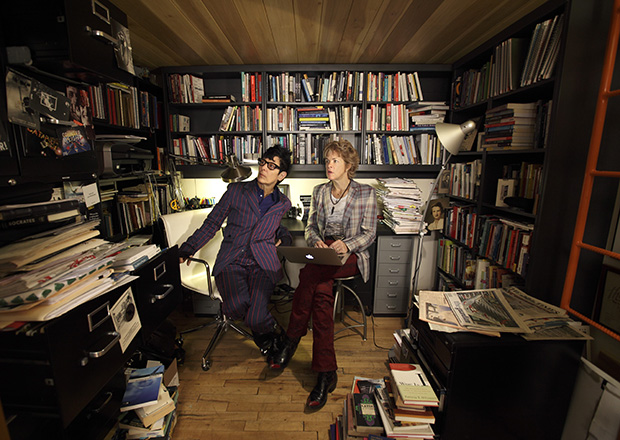 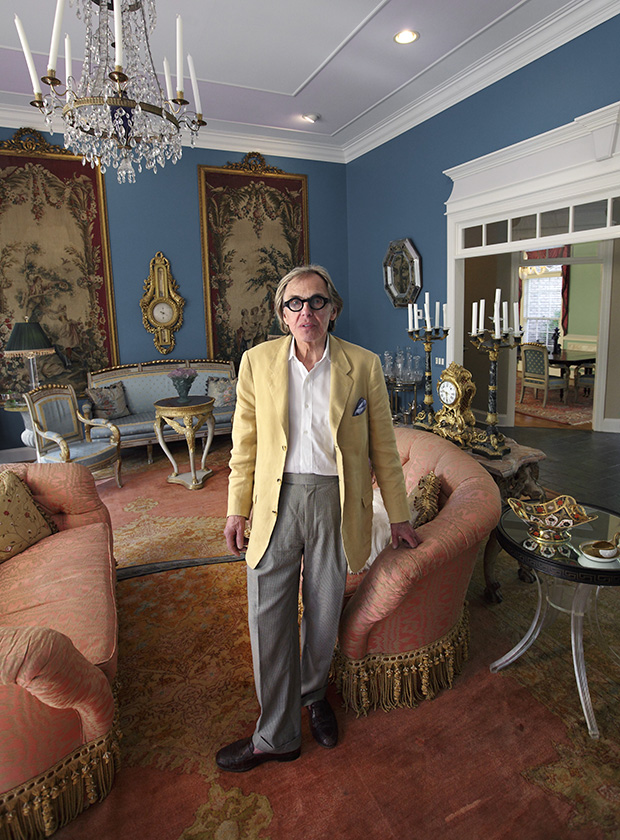 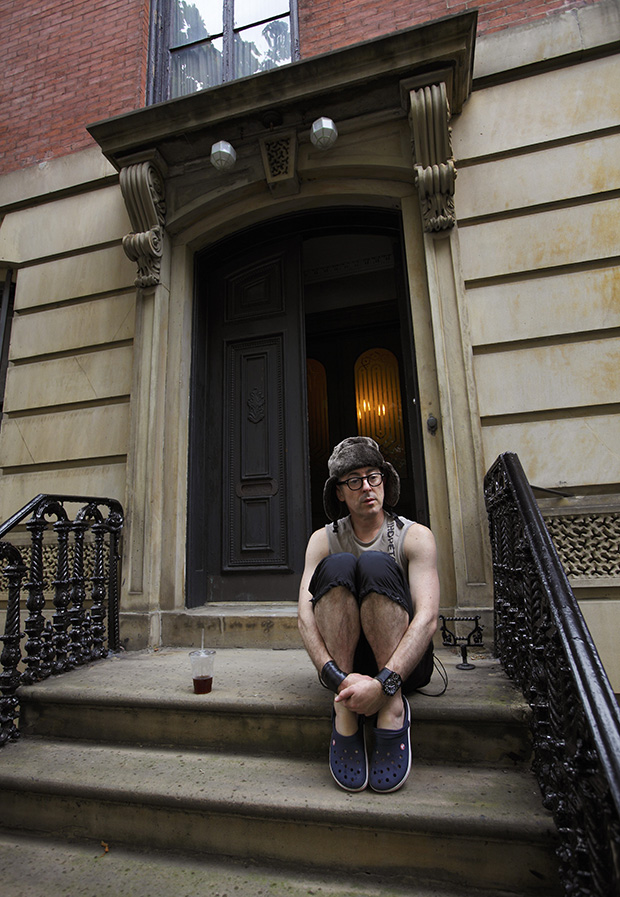