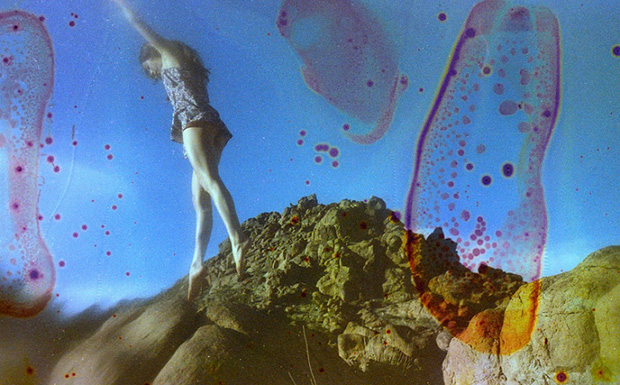 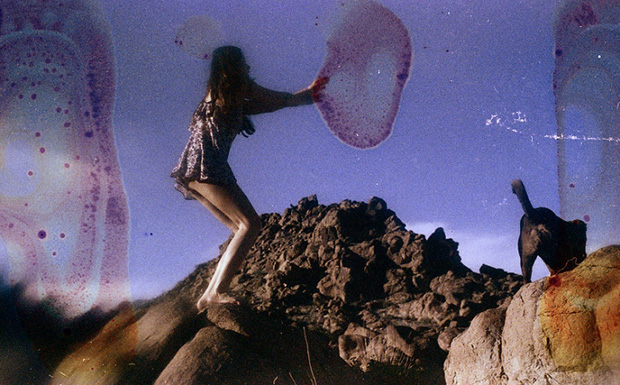 For Float On, Hawaii-based photographer Brigette Bloom soaks her film in urine, creating ethereal bubbles over a desert landscape in Hawaii. Before shooting, she will steep her film canister in a cup of her own pee, allowing the fluid to break down portions of the emulsion. After rinsing the canister and allowing it to dry outside for a week, she loads it into her camera and shoots. Bloom explains that each roll varies based on the time of day when the urine is collected and what she ate that particular day.

Here, Bloom pays tribute to a spot in the desert in front of her house. Daily, she and her dog would visit this special place, photographing their magical adventures. When other people slowly discovered and began to visit the desert, it ceased to be their secret hideaway, and she and her canine friend moved on to unknown terrain, forever preserving the desert they once loved in dreamy blues and purples. Atop boulders and rocks, the artist appears in constant motion, as if pulled upward from the landscape by some mysterious and intrinsic force.

By urinating onto the film, Bloom warps and obscures portions of her photographs. Like water spilled on vintage snapshots, the pools of liquid imbue each frame with a potent sense of nostalgia and loss. Allowing her bodily fluids to penetrate and reconfigure the space, she lays claim over it, leaving behind an dreamy and indelible imprint that remains long after she finds a new place to wander. 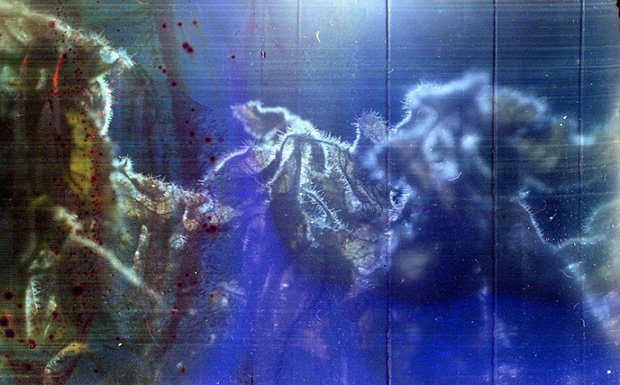 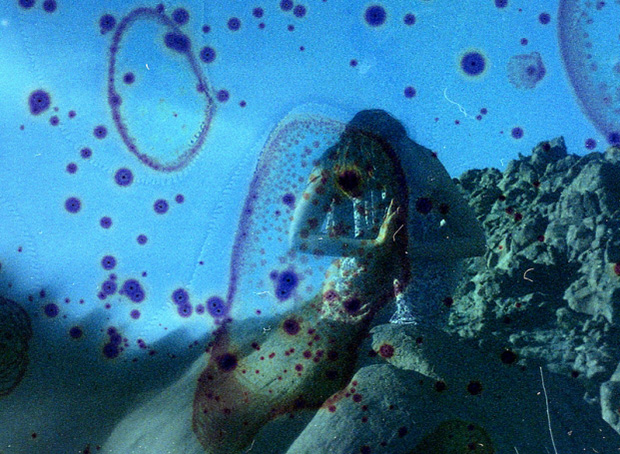 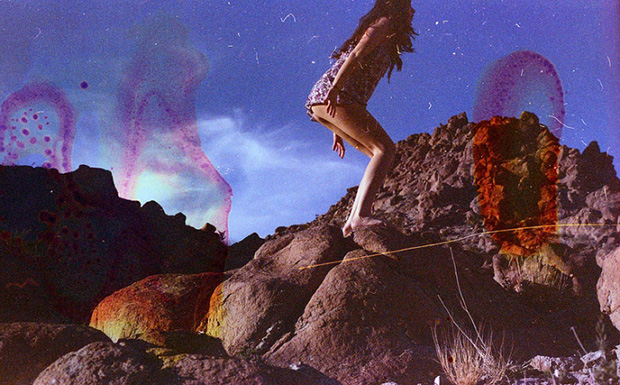 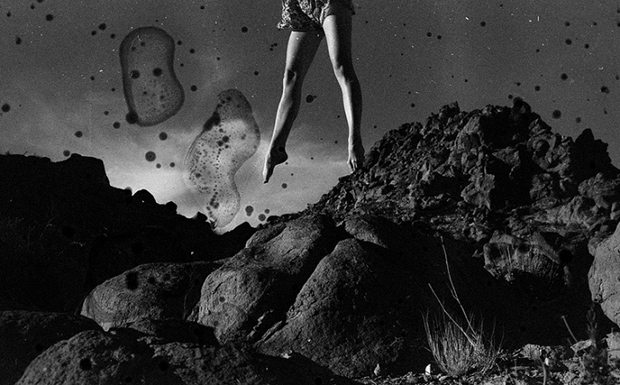 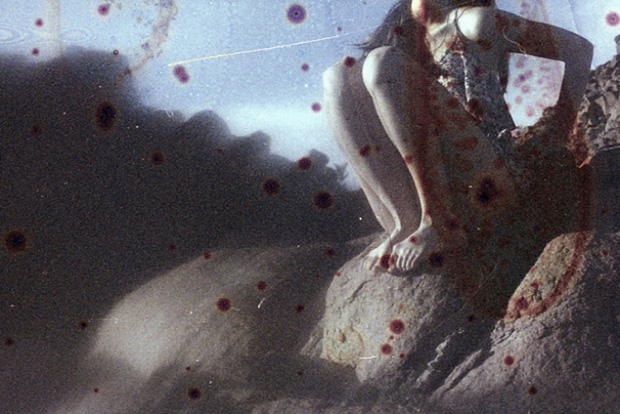