The Mysterious World of Underground Wrestling in Europe 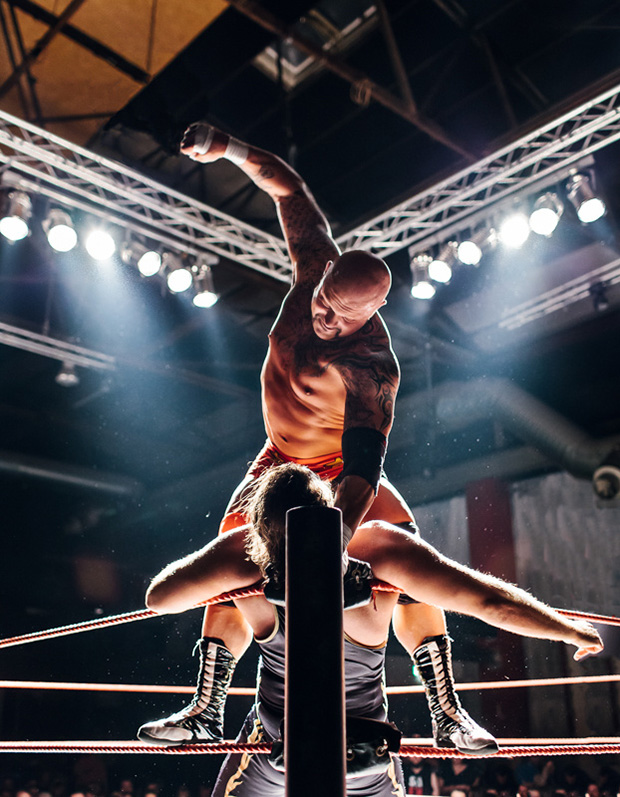 “On the weekends they are superheroes or villains,” Ghent photographer Kevin Faingnaert says of Europe’s underground wrestlers, “during the week, they are postmen, carpenters and office employees.”

The photographer remembers being enchanted by American wrestling as an adolescent. He taped the shows and staged his own backyard matches with his brother and friends. It wasn’t until he was an adult that he discovered the hidden world of wrestling in Europe, where matches between good and evil played out in modest rings around Belgium, Germany, France, and the Netherlands.

Wrestling in Europe is like wrestling in the United States in that the participants play characters, or as Faingnaert puts it, alter egos. In American professional wrestling, there’s typically a babyface (a good guy) and a heel (a bad guy), and this dynamic exaggerated overseas.

There’s more comedy in Europe, the photographer adds, and there’s less hostility. It’s grittier and devoid of what Faingnaert calls the “glitter and glamour” of big American matches like those put on by the WWE (World Wrestling Entertainment, Inc.).

As in America, the outcome of the match is predetermined, but it’s up to the wrestlers to sell the story. The line between the man and his alter ego is precious and carefully maintained; even after attending numerous matches and forming connections within the community, Faingnaert had trouble gaining access to the dressing rooms. In order to protect the illusion, some of the wrestlers kept their masks on while entering and exiting the building.

It was the photographer’s diligence and commitment that ultimately won his subjects’ trust. He had no interest in poking fun at the craft of wrestling; he wanted to make a tribute to it.

Faingnaert even met one of the most elusive European wrestlers of the 1990s, a masked man named Cybernic Machine who had mysteriously vanished from the scene a decade previously. His identity was still unknown.

The photographer had missed his bus home and been generously offered a lift from a retired wrestler. Over the course of their conversation, the man confessed to having been Cybernic Machine. Behind this mythical villain was a kindhearted man who spent his days working as a mailman. His loved ones and coworkers didn’t know his secret.

Through Cybernic Machine, Faingnaert learned that creating and embodying an alter ego can be hard to leave behind. Even though he has since hung up the wrestling mask, the man previously known as Cybernic Machine does have a role he still plays: in winter, he had a job dressing up as Santa Claus.

Faingnaert’s Catch is an ode to wrestling in Europe, but it’s also a testament to the beauty of playing dress-up. Pretending to be someone else isn’t just for children; it’s a way of injecting some magic into daily life and bringing the eternal fight against good and evil to the fore. 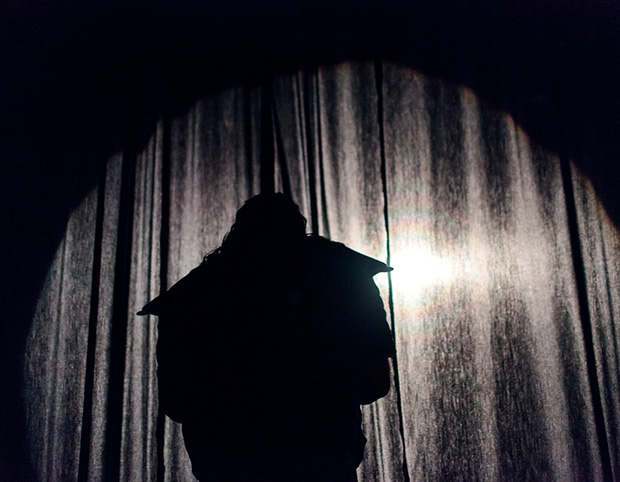 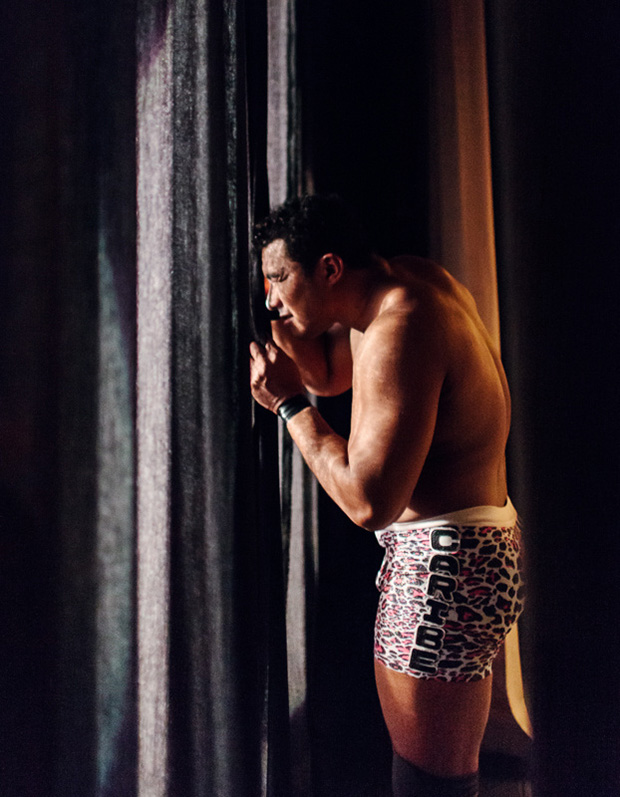 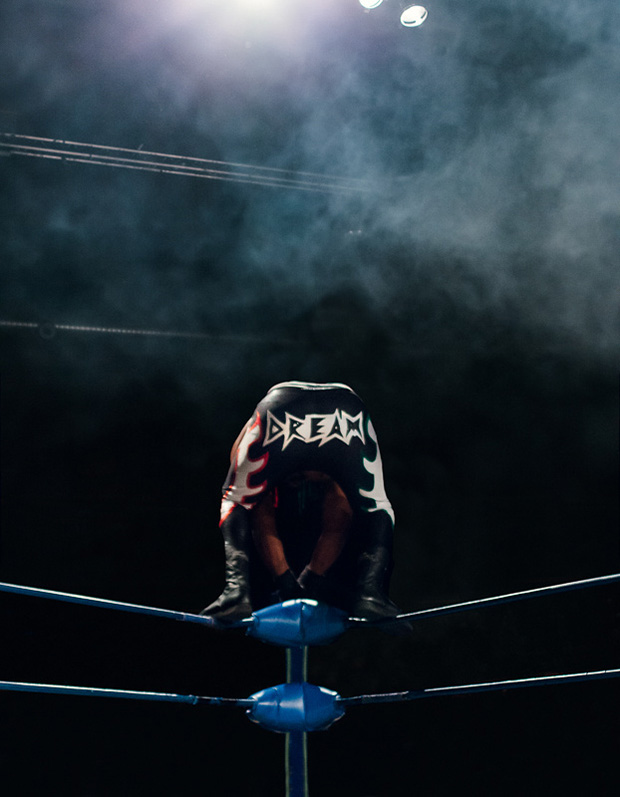 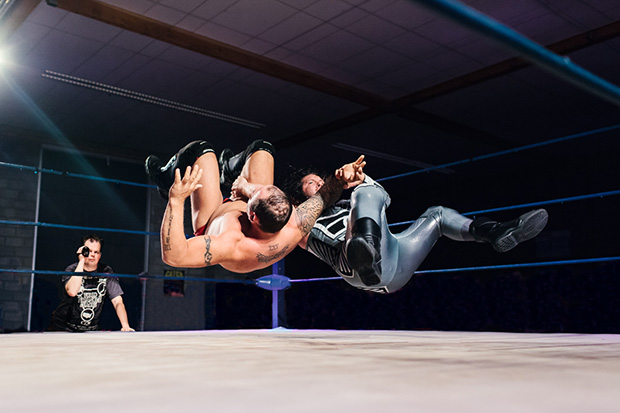 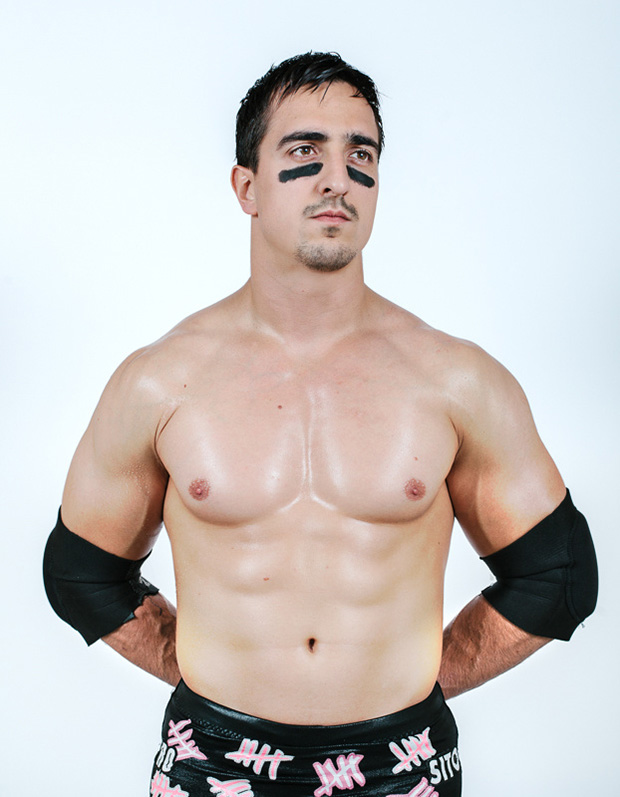 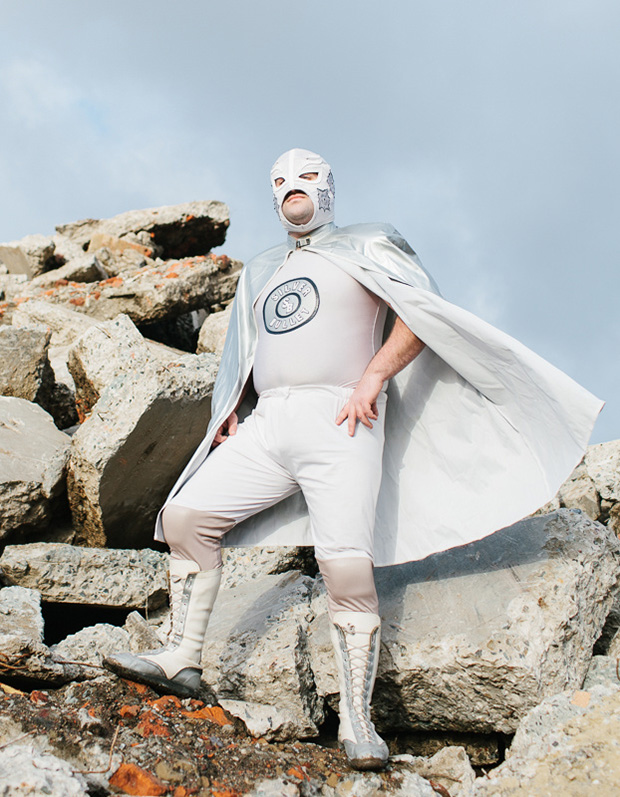 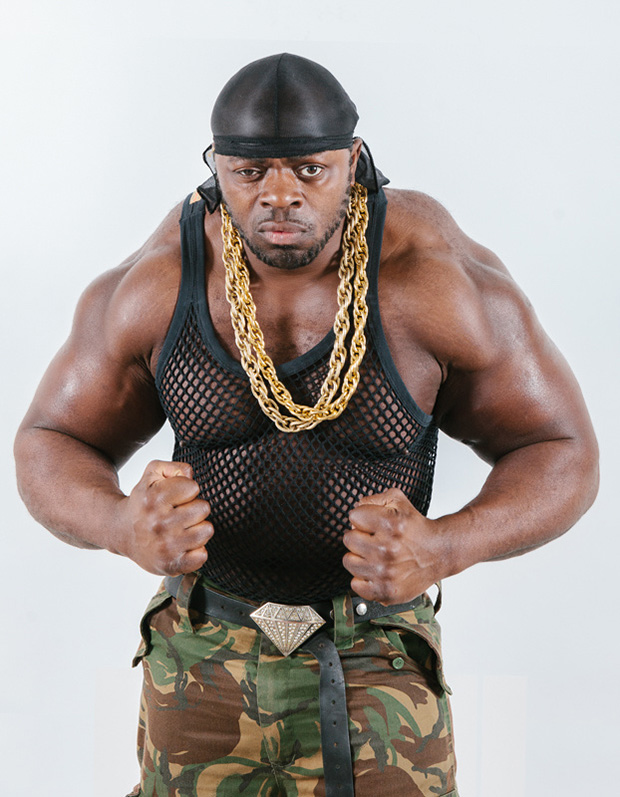 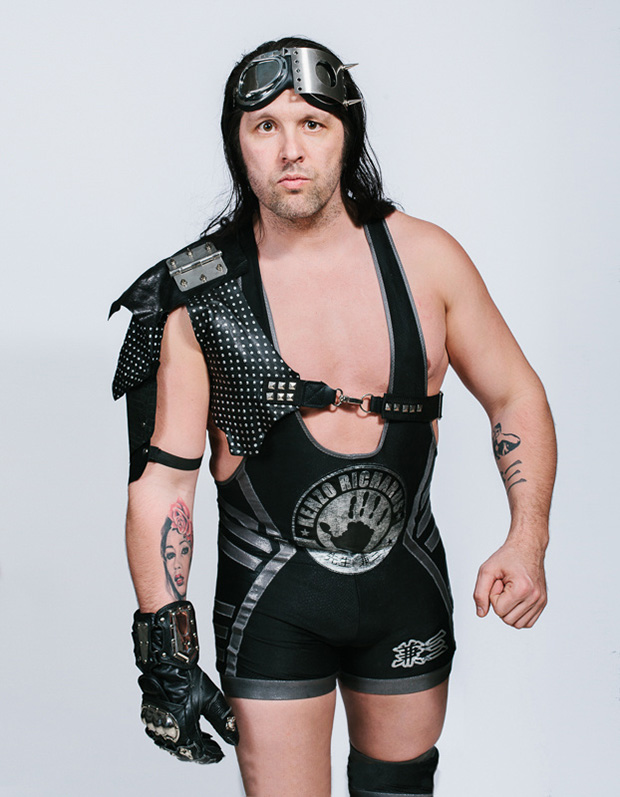 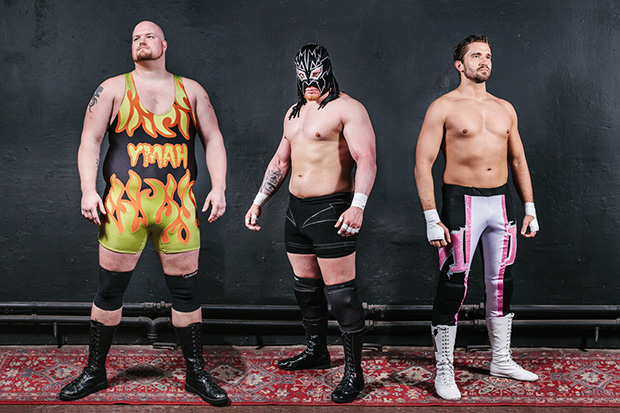 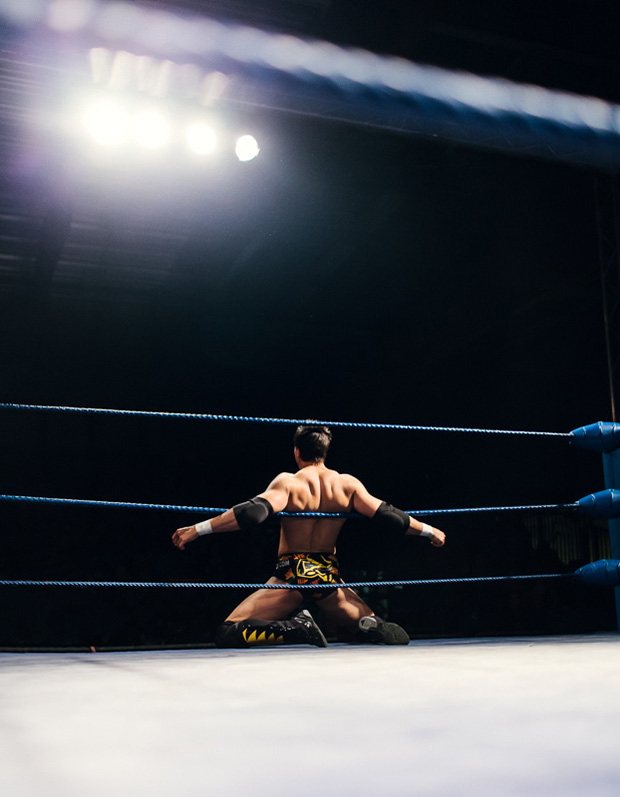 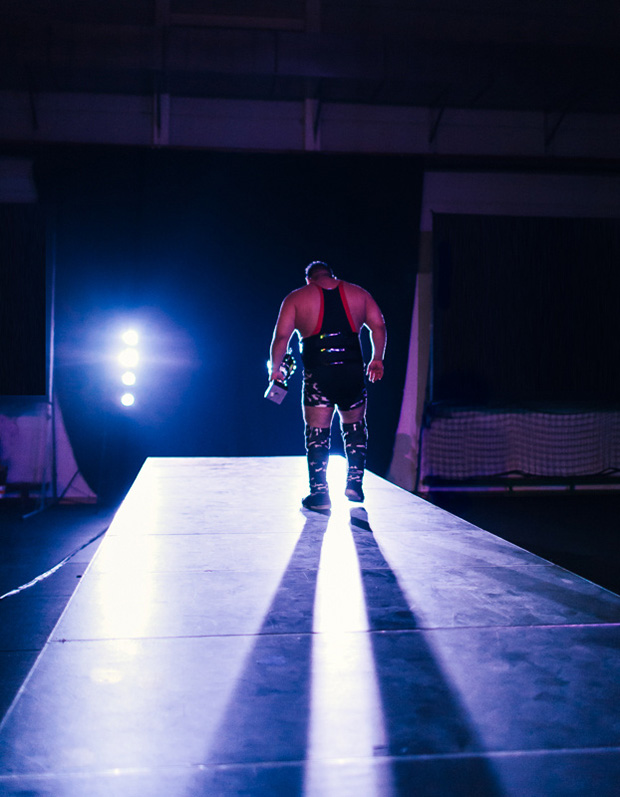